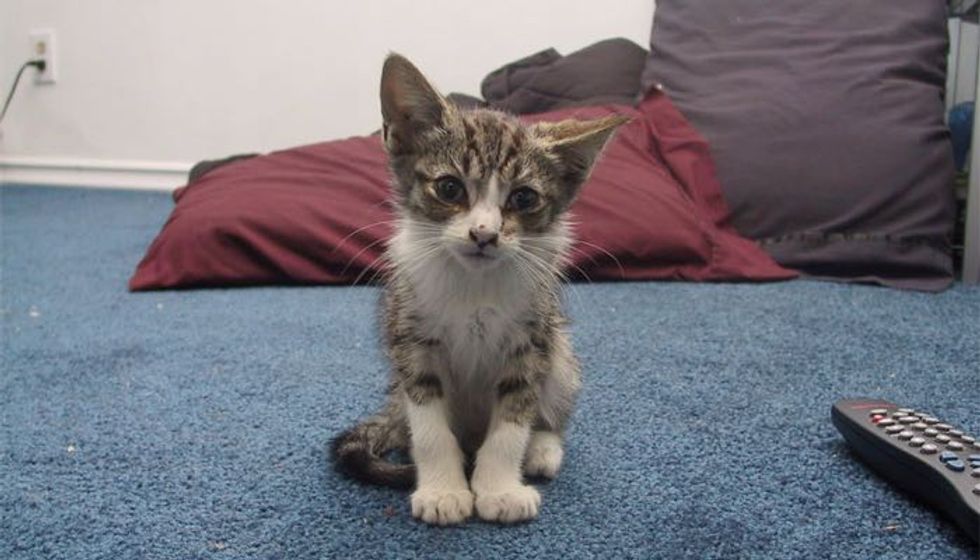 Meet Edward! He was just a little kitten when they found him outside their apartment door back in 2004. "An abandoned kitten found me, and my roommate and I nursed him back to health," imgur user vogelfm wrote.

"Roommate found him outside our door. He meowed once but was silent after that. He could fit in the palm of my hand, and was so light I couldn't feel any weight. He was in bad shape." (reddit)

"It was cold out, so he was grateful to be somewhere warm. He wouldn't eat or move, but finally dozed off after about an hour. Took him to the vet the next morning."

2 weeks later: "he gained tons of weight almost instantly. Within 2 weeks he was romping around like a crazy healthy kitten, had his shots and was free of fleas."

"He would always jump into my closet and sleep in my clothes bins."

He loved the comforter.

All grown up at one year old!

Edward was then adopted by the roommate when they moved out of the apartment. Today Edward is living happily with his human at the age of 10.