Vet Refused to Give Up on Sick Kitty, Now He Can't Stop Thanking Them

A very sick kitty came to the vet in desperate need of help. His owners couldn't afford treatment, but the vet couldn't give up on him and rescued him.

Now the kitty is so happy that he can't stop thanking them. 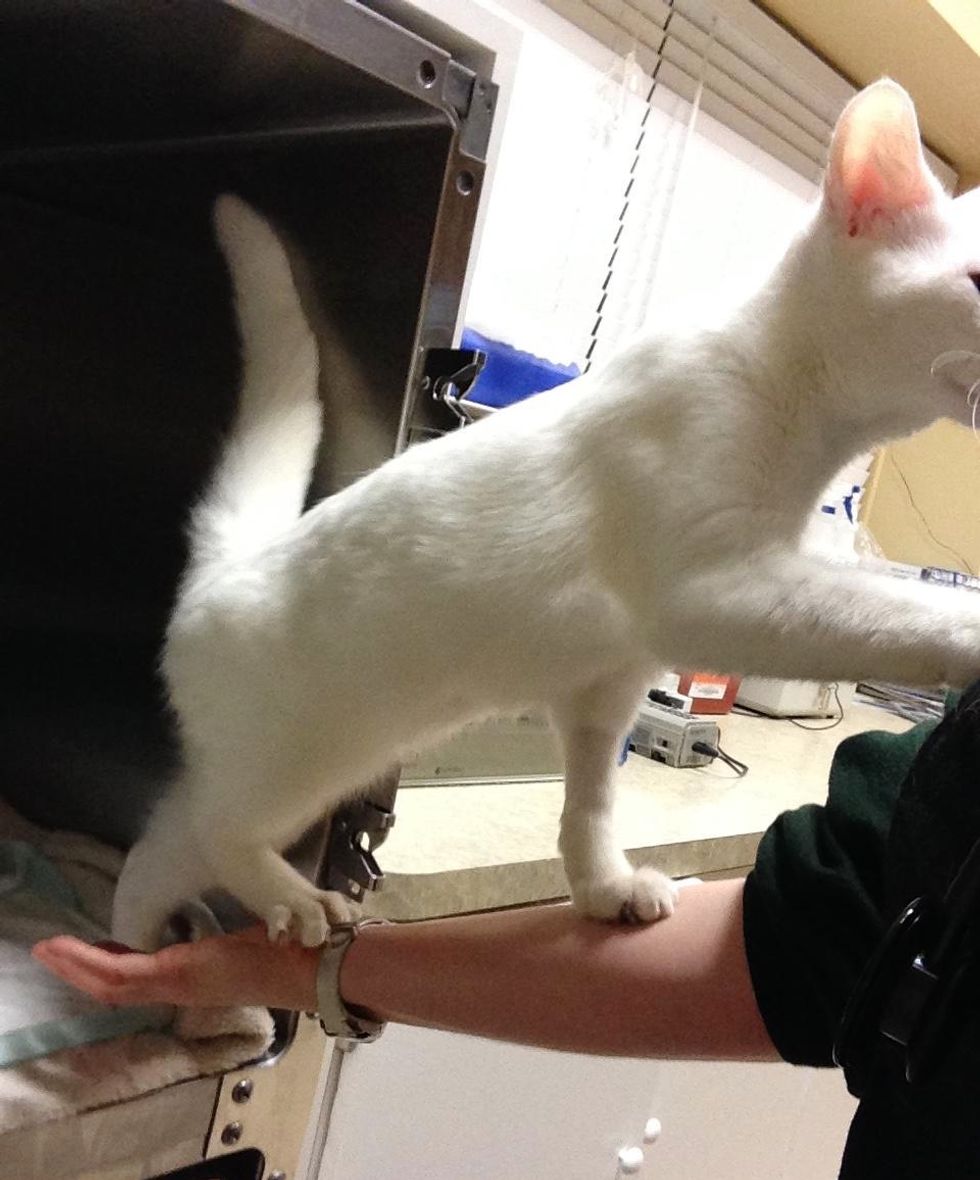 "This little guy needed some major health care that his owners were desperate to do, but could not afford," imgur user electricbluetears said. "I am lucky I work somewhere that we do as many rescues as we can."


The kitty was very sweet, even when he was super sick. He purred and rubbed his face against the staff while they were trying to help him.


His owners were not able to afford his care and was losing hope. "We could not bear to euthanize him," she said.


They took the cat in and began to treat the little guy. "We all took care of him for three days while he recovered."

Now fully recovered, all he wants to do is give love. 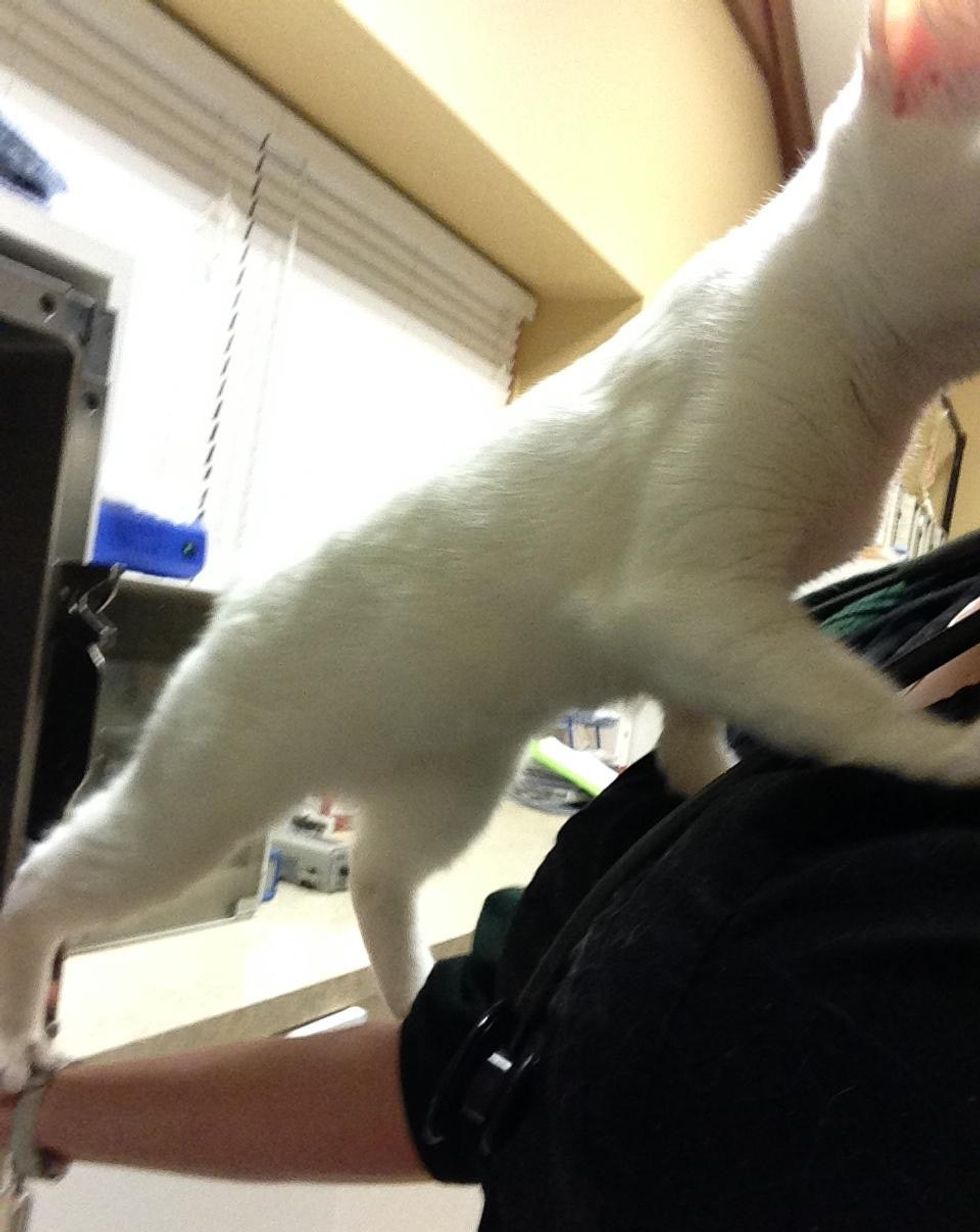 Every time they go to check on the kitty, he crawls up on their shoulder to give them a big hug. 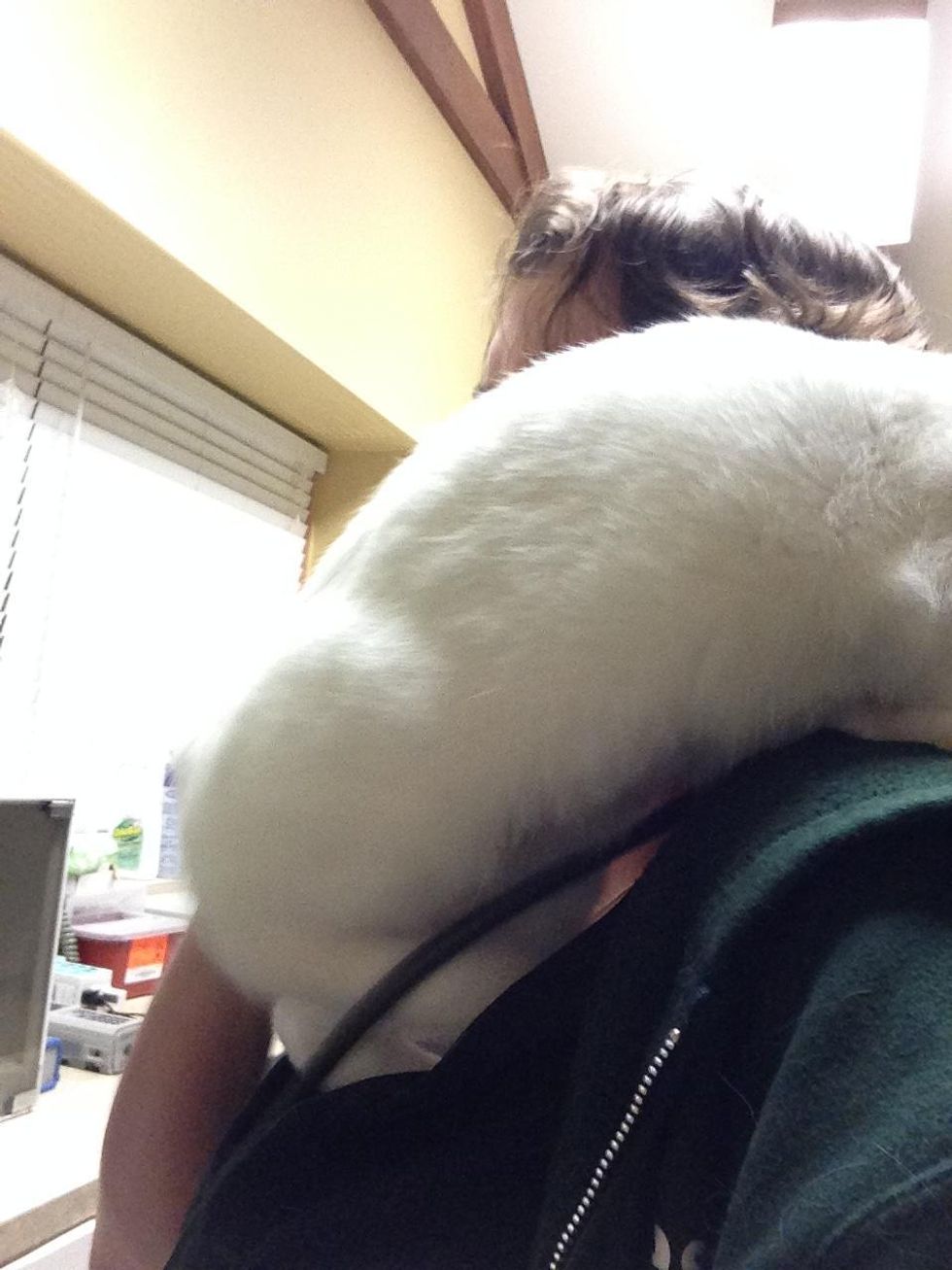 The sweet kitty says "thank you" to his human for saving his life. 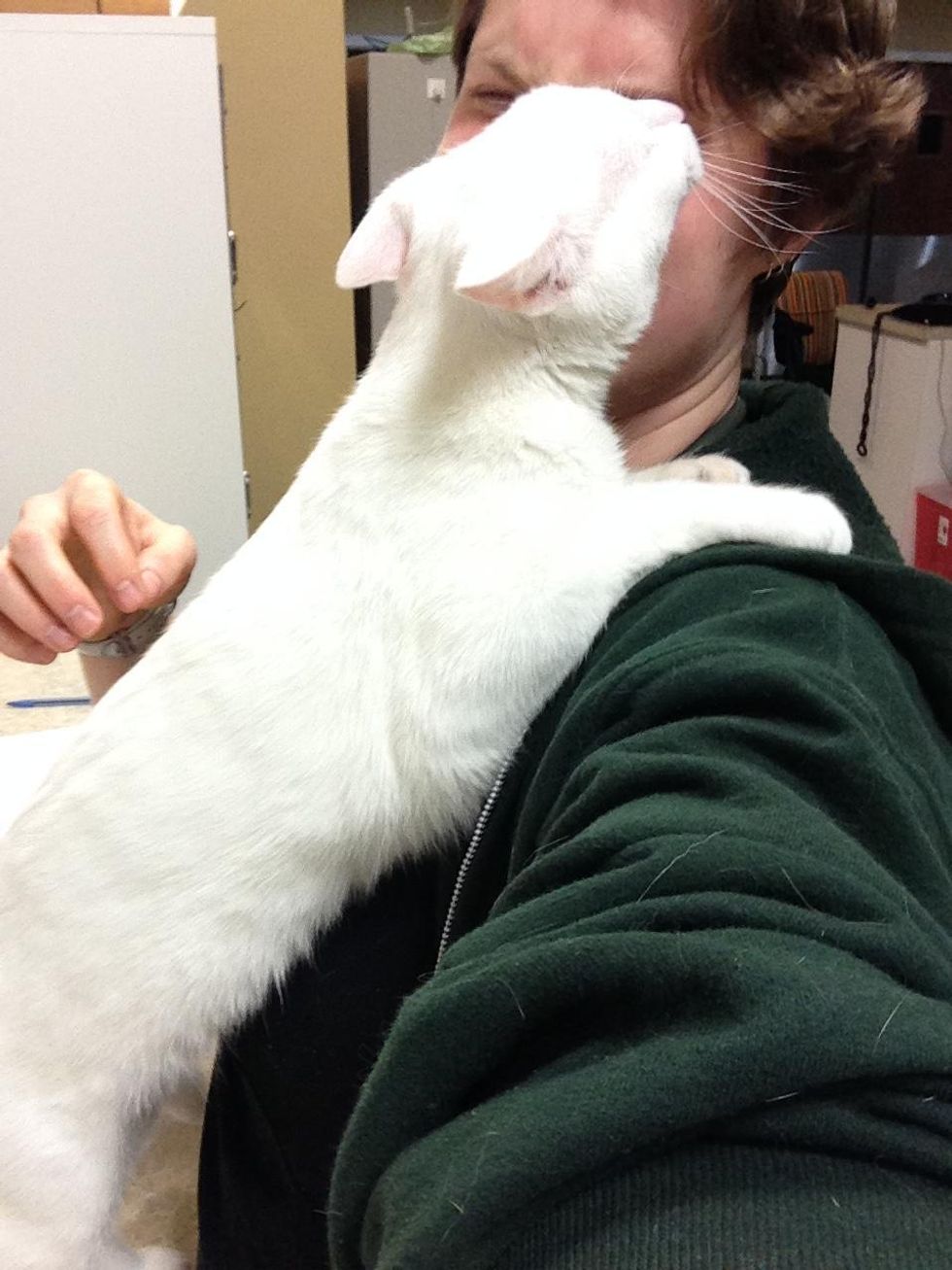 "He literally has to be as close as possible to you or he isn't happy. Face rubs, kisses, and the loudest purr accompanies any interaction with him."

"He wanted so much love, these pictures were the easiest to take.... He would be all over you at all times."

The little guy purrs so loud every time he gets some cuddles. 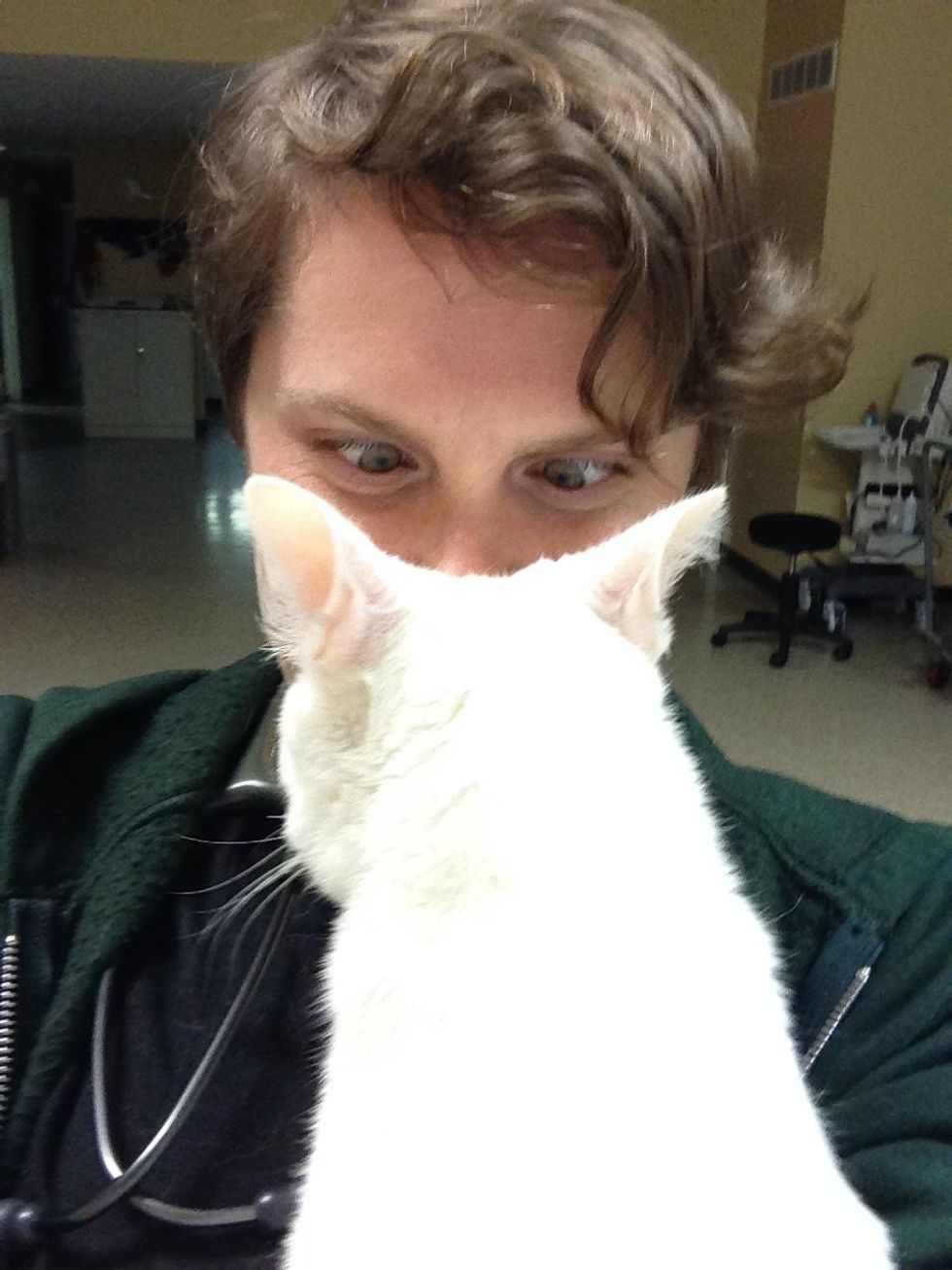 The kitty seems to know his human friends saved his life.

"I think he is pretty grateful." 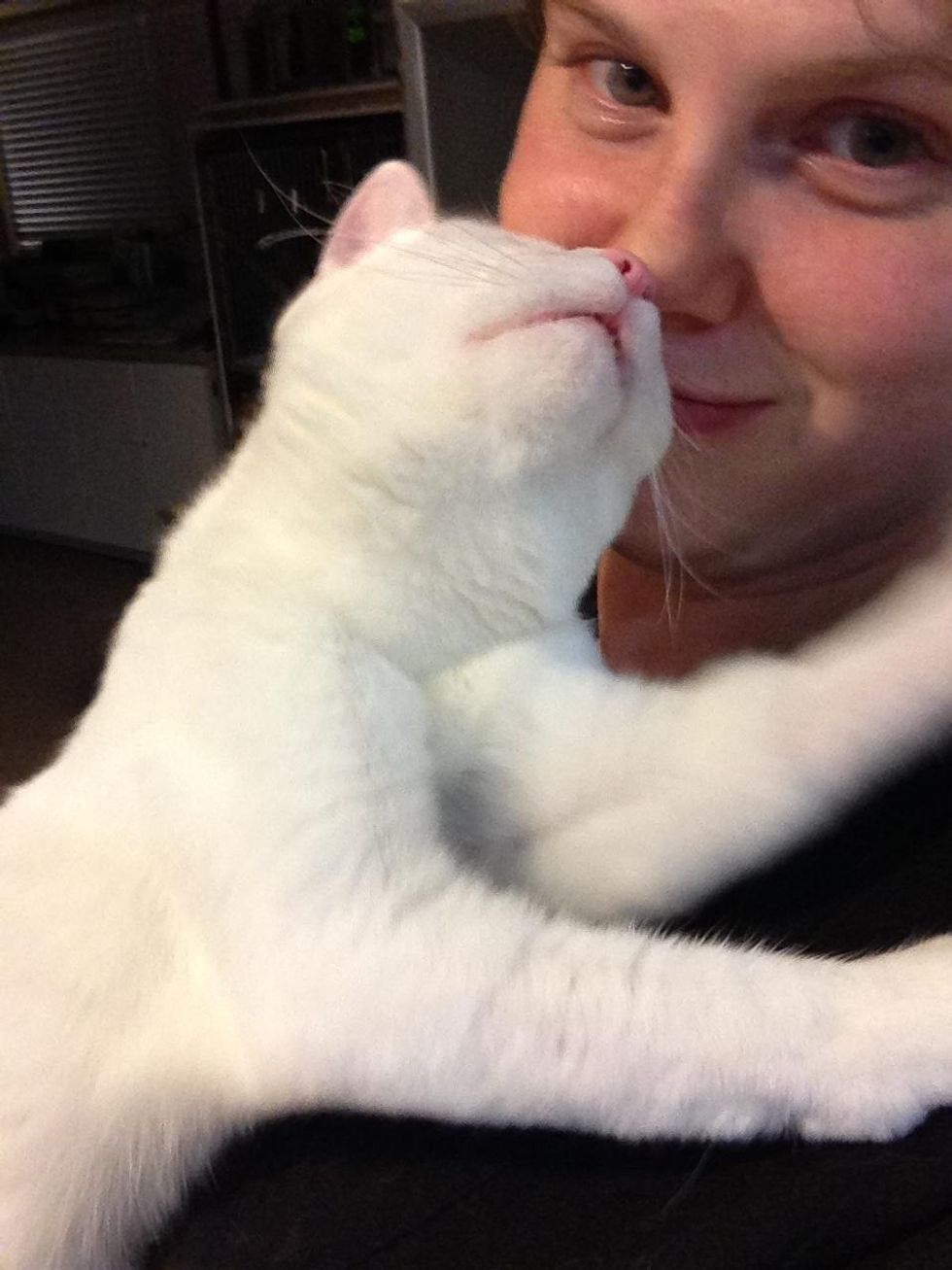 The affectionate feline buddy has been adopted by the veterinarian's mother. 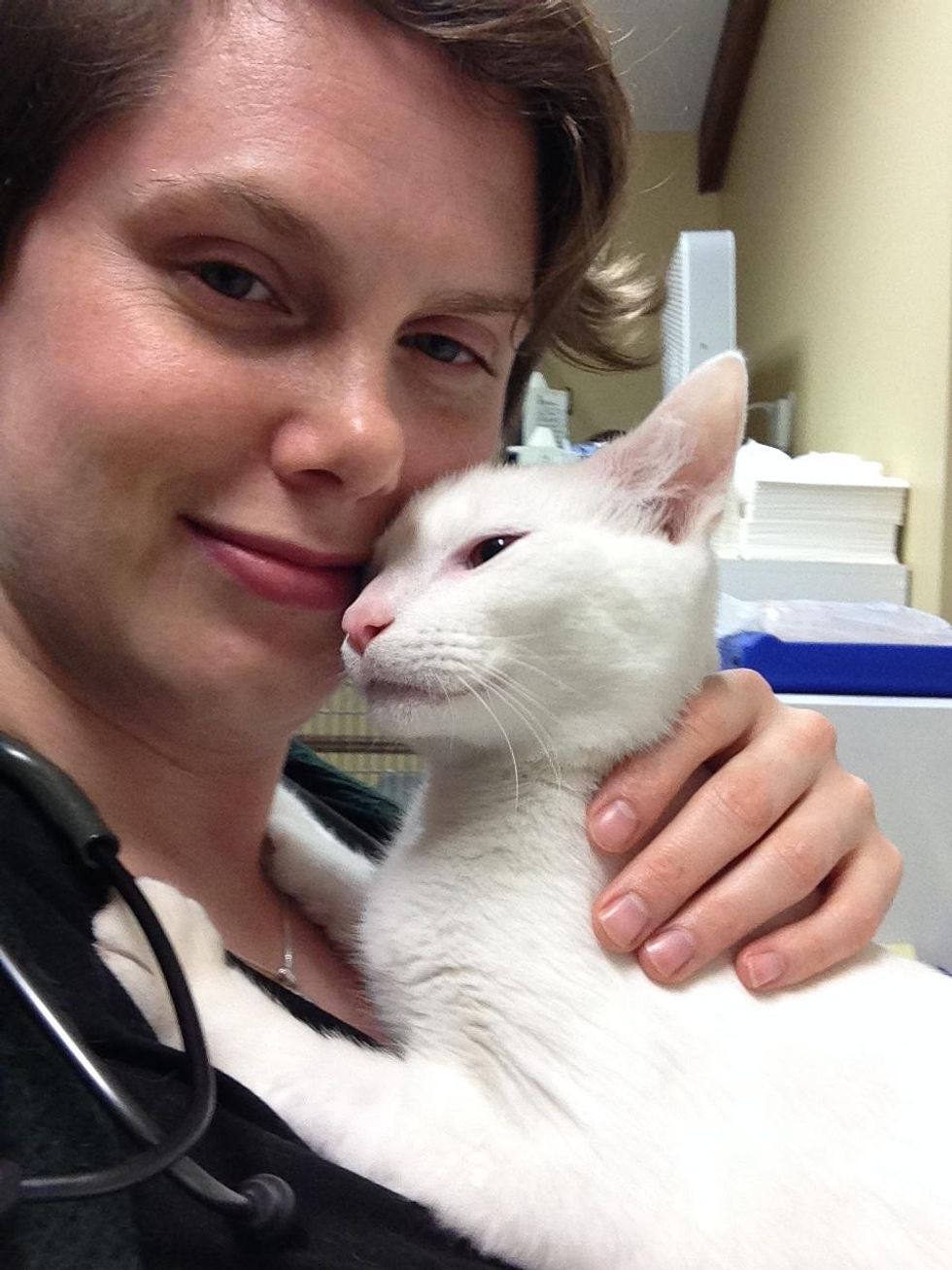