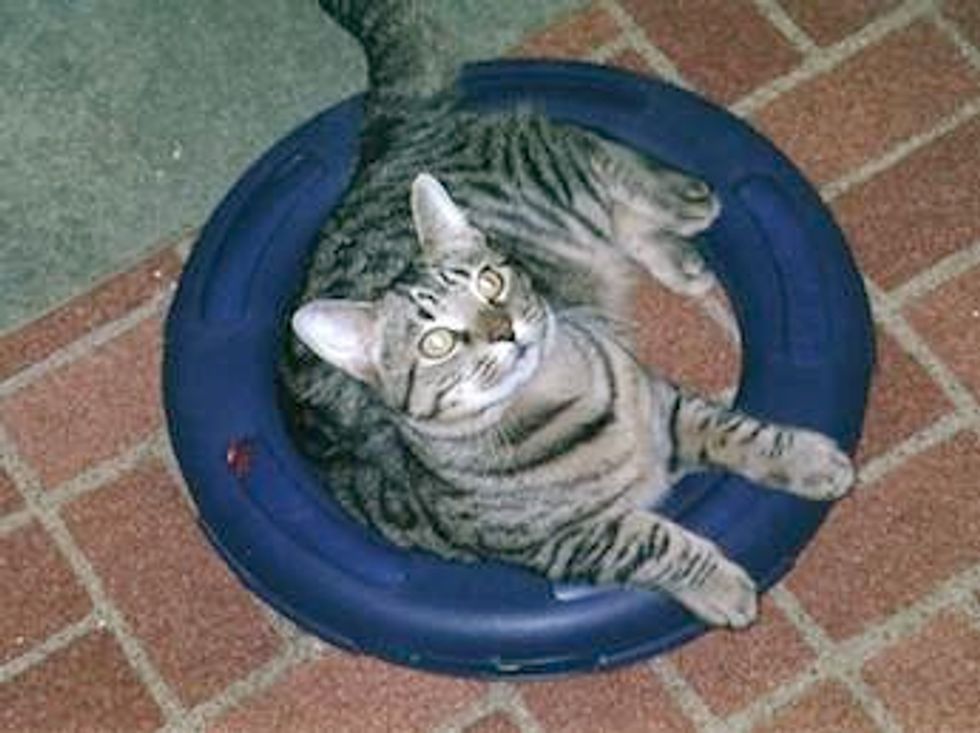 Last December we covered a story about a cat named Kenmore who was a regular visitor at the Boston's Kenmore subway station. The kitty soon became a mascot of the station. However, the MBTA employees grew more and more concerned about the little one’s safety. They decided to use food and water to try to capture the kitty, but many failed. Kenmore Kat managed to elude the capture for several months until one day an employee finally caught him. He was adopted by the trolley operator Karen Ingraham. So how is Kenmore doing today?

Updates on the Boston Subway Cat:

Karen Ingraham told Paw Nation that when she adopted Kenmore, he was very shy and spent most of the time in the carrier on the first day. Her orange and white rescued cat named Lucky came to meet Kenmore, trying to assure him that everything was OK. With Lucky, Kenmore grew more comfortable with his new home and finally freed himself out of the carrier.

"I put the carrier down and told Lucky, 'Come and see the baby... By the next day they were friends already."

It's been several months since Kenmore moved into his new home. The former subway kitty has made a lot of progress. In the early days, he would hide under the furniture when visitors came around. Right now according to Ingraham, he follows Lucky's lead to greet people and is very playful, curious and content.

"He likes to look out the window. He and Lucky sleep together and play together, and when I pet him he purrs and purrs. I think he's happy to have a home."