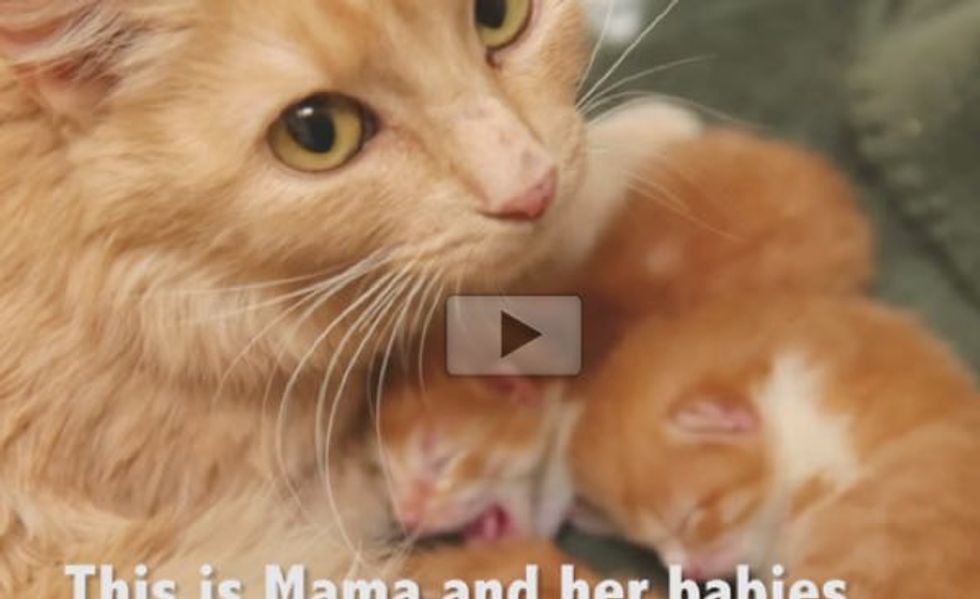 This beautiful ginger cat mama was pregnant and living on the street. When she was discovered, she quickly ran into a loading dock at a local mall. Shortly after that, she went into labor and gave birth to six kittens.

They couldn't open the loading dock because it would have crushed the Mama, so they called Cats at the Studios Rescue of Burbank, California for help.

Mama cat was safely rescued and three of her kittens survived. They are now living in a foster home, happy, healthy and loved.

She already has a home lined up, but her kittens will need their forever homes once they are old enough for adoption.

A mama cat was very pregnant and living on the street. When she was discovered, she went inside a loading dock at a local mall and gave birth to 6 kittens.

Cats at the Studio Rescue came to rescue the furry family. Mama was so filthy she appeared to be gray.

Three of her kittens survived! And now they are living in a foster home.

WATCH VIDEO: Kittens born at a mall loading dock rescued with their mother.