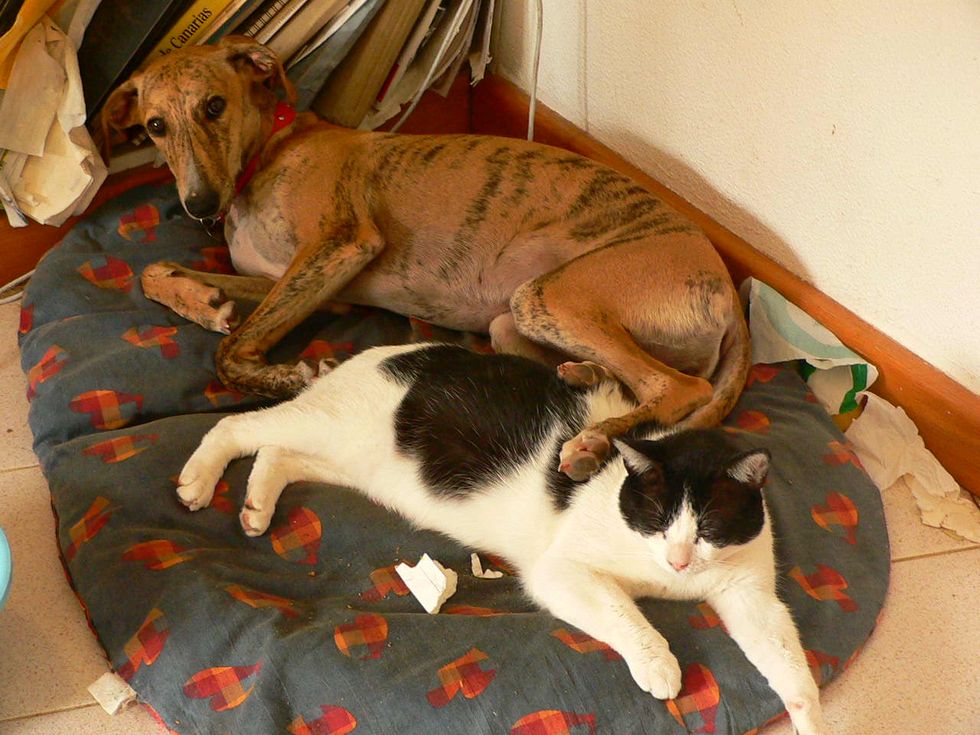 A 11-week-old kitten named Welly was believed to have hidden in a visitor's stroller and sneaked out of the house on a winter night in Swindon, England. Lorna Hayes was devastated, when she found out her kitten was missing according to. She searched throughout the night, but Welly was nowhere to be found.

Hayes continued her search at 6:30am the next morning. According to Pawnation.com, she saw her neighbor's greyhound dog, Susie, barking continuously at the bushes which led Hayes to check it out. To her surprise, she found Welly curled up under the bushes, freezing, but alive.

Hayes quickly took the kitten back to the house and provided warmth and love that the little one desperately needed.

According to the neighbor, Susie probably already spotted the kitten on the night he went missing because she started barking out loud. Unbeknown to the dog owners a kitten was in the bushes, they brought Susie inside the house afraid that the noise might upset the neighbors. However, Susie resumed her barking the next day when she was let out.

Hayes called Susie her savior and is now keeping her kitten away from the door.