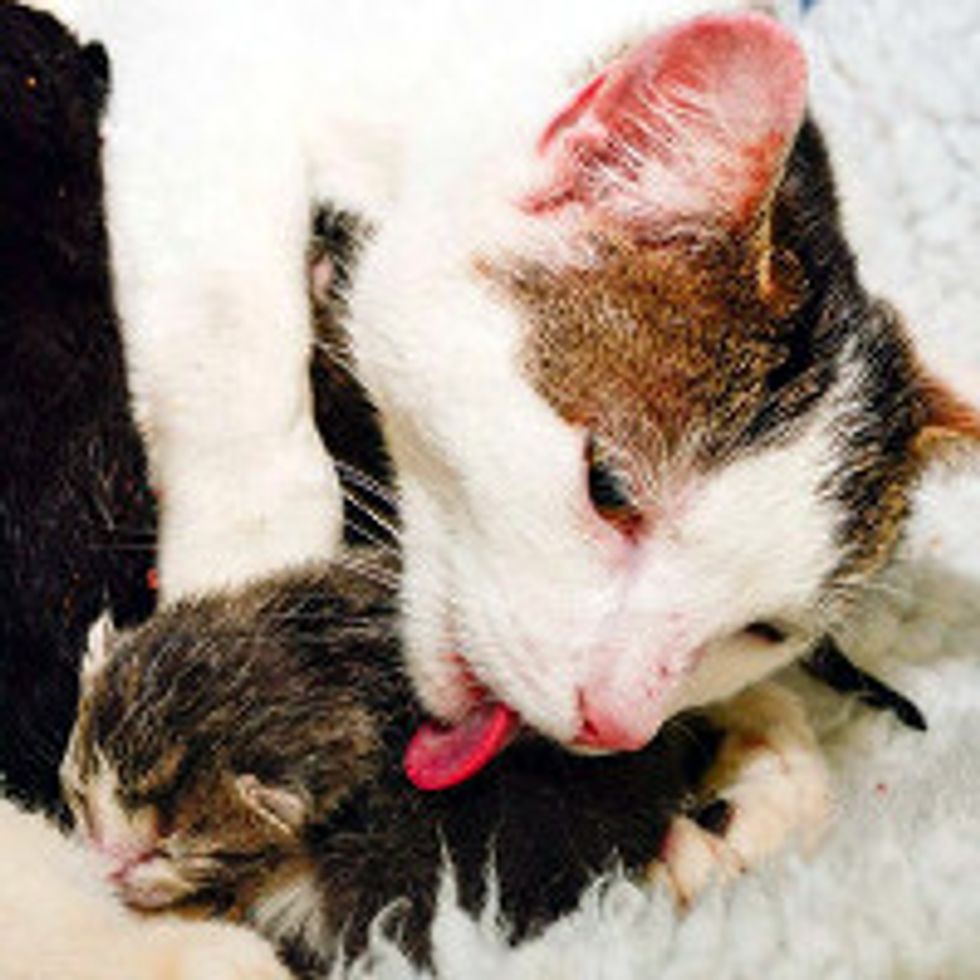 A stray cat mama gave birth in the yard in Parc Prison in Bridgend, UK. The staff at the prison rescued the kittens and helped catch the cat mama so they could be reunited at Cats Protection Bridgend Adoption Centre.

"An employee arrived at work to find some unexpected arrivals in the yard. Nested in the van was a cat with her 6 new born kittens," said Cats Protection Bridgend Adoption Centre. "Our centre was approached for help, the kittens were no problem but mum proved difficult to catch despite help from staff."

"The kittens were taken back to the centre, they were fostered by one of our cat carers and bottle fed every 2 hour through the day and night whilst plans were made to catch the mum."

"Thankfully the plans were successful and 24 hrs later Mum was safely caught and brought back to the centre to be reunited with her kittens. We were apprehensive as there was a risk that she would reject her kittens. A smearing of cat food applied to the kittens fur to disguise human smells worked well & mum was soon contentedly nursing her kittens."

Cat mama found and rescued. She was reunited with her kittens.