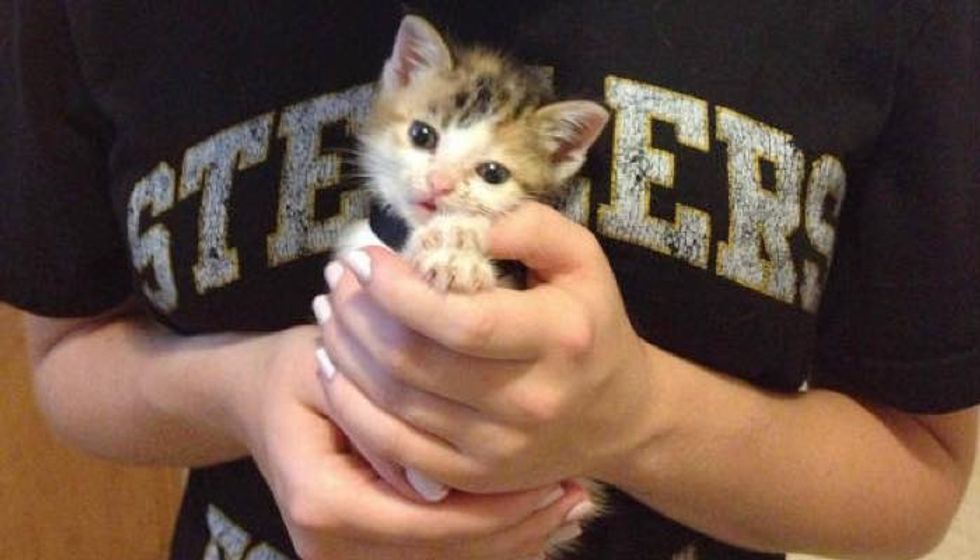 Harley the Rescue Feral Kitten Found Outside a House, Then and Now

Harley was found outside a house rejected by her mother. A kind person took her in and nursed her back to health. After a short period of fostering the little kitten, they knew they had to adopt her.

When the calico kitten was rescued, she was very small for her age and had an eye infection. "After getting her some eye drops from the vet and some much-needed nutrition, she quickly figured out how to meow.. which didn't stop for the next three months," said imgur user raptorrawr.

They gave her a buddy to snuggle with. 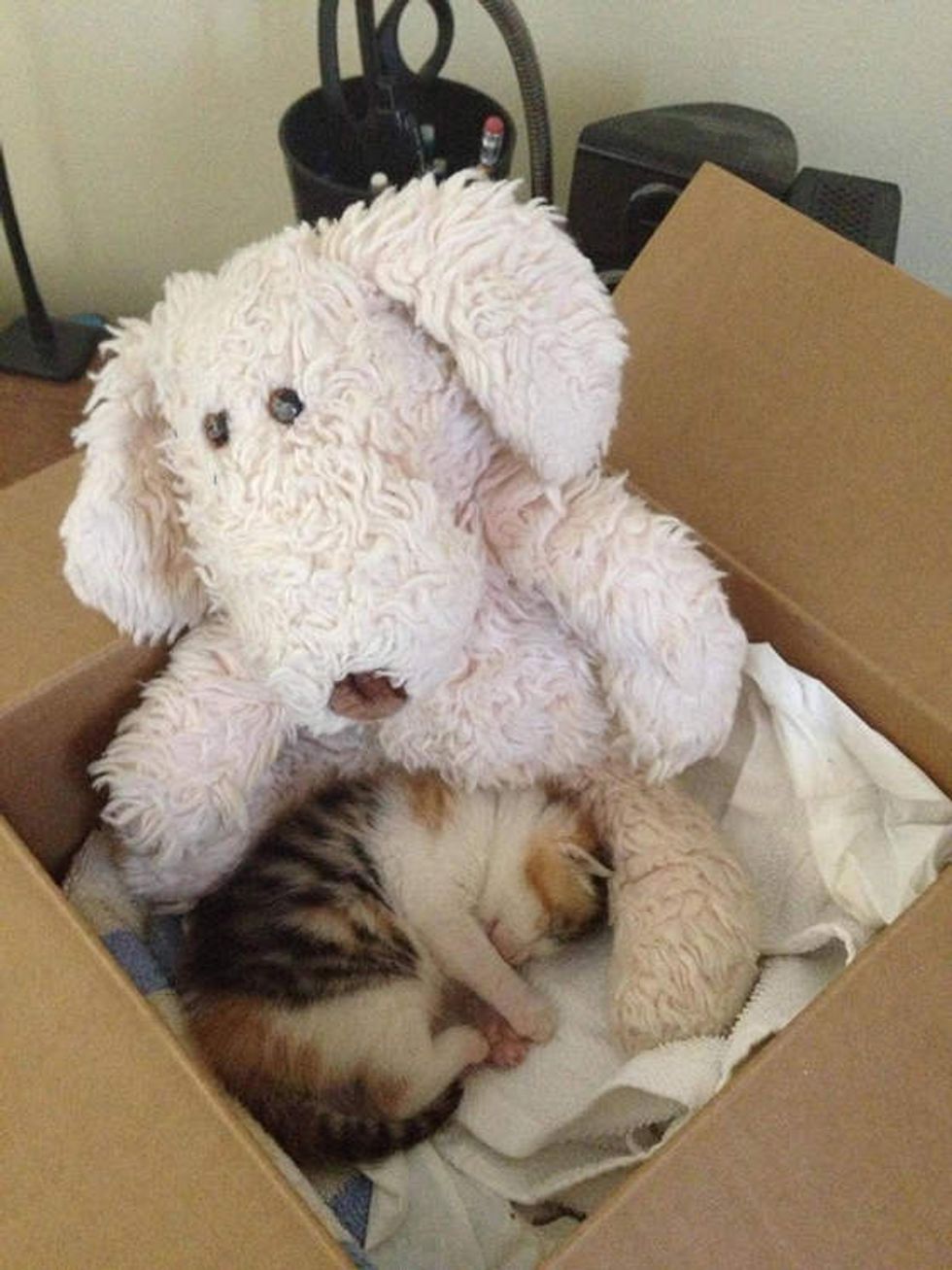 Harley had to be hand fed for a while until one day, she took her first bite of food all by herself. "Many tears were shed, no joke."

Along the way Harley made a kitty friend who took to her like a dad. "Surprisingly, the roommate's grumpy cat, Gandalf, took a liking to Harley and took to bathing her, letting her eat out of his food dish (when she figured it out), and putting up with her kitten playtimes. Now he is respectfully called Papa Gandy."

Harley was very tiny for a three week old. They treated her eye infection and hand fed her round the clock. 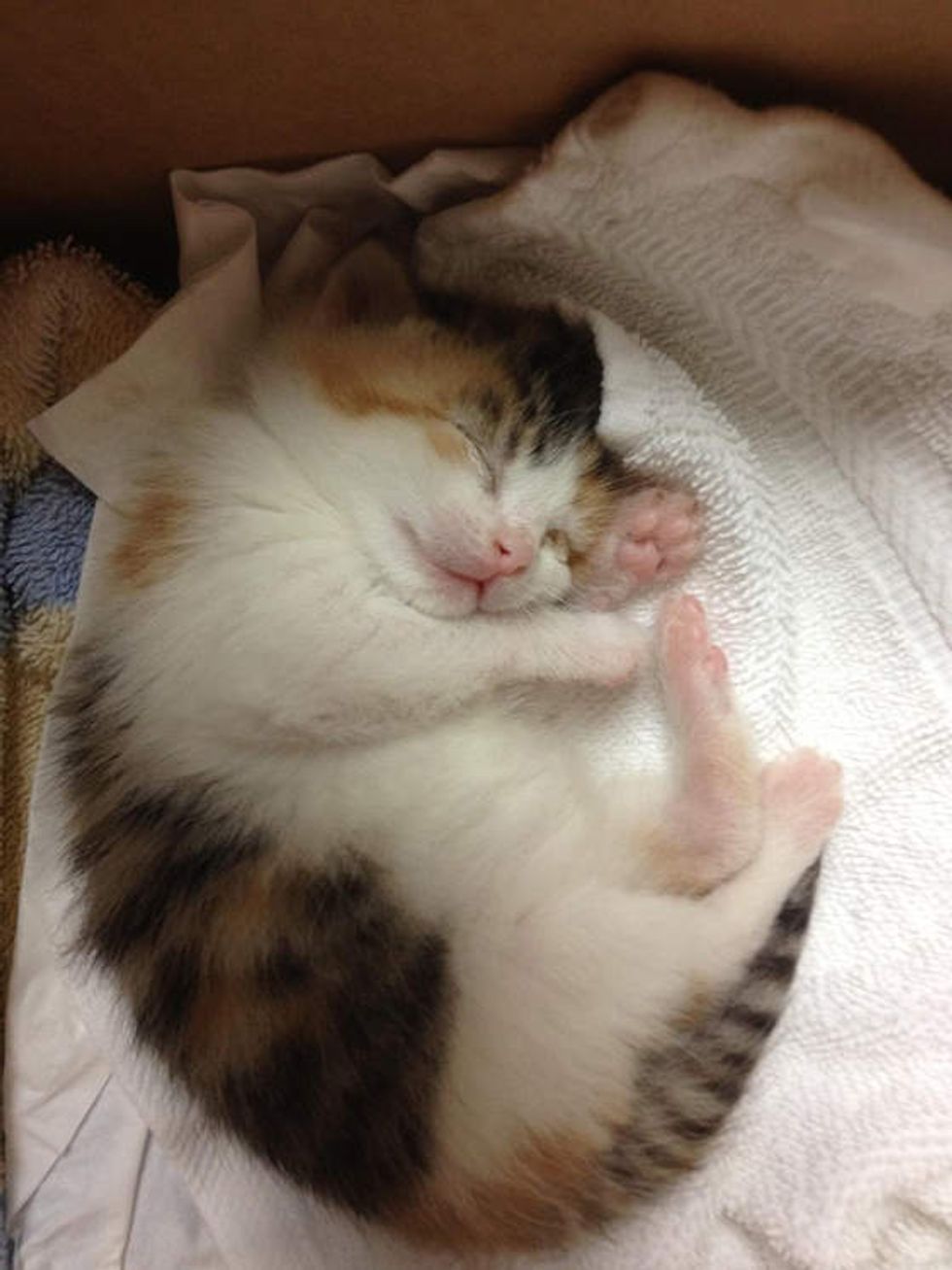 She quickly figured out how to meow...which didn't stop for the next three months! 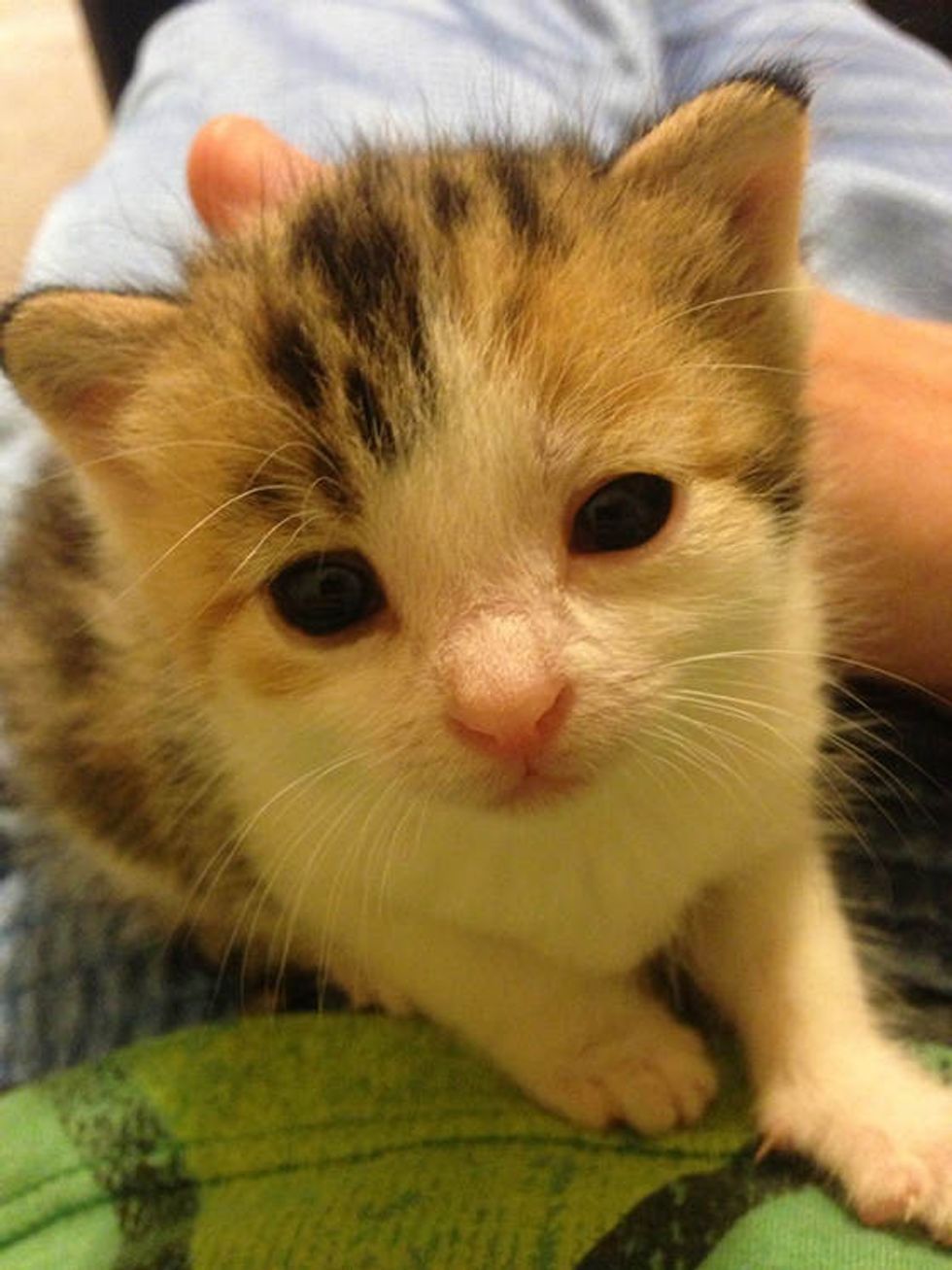 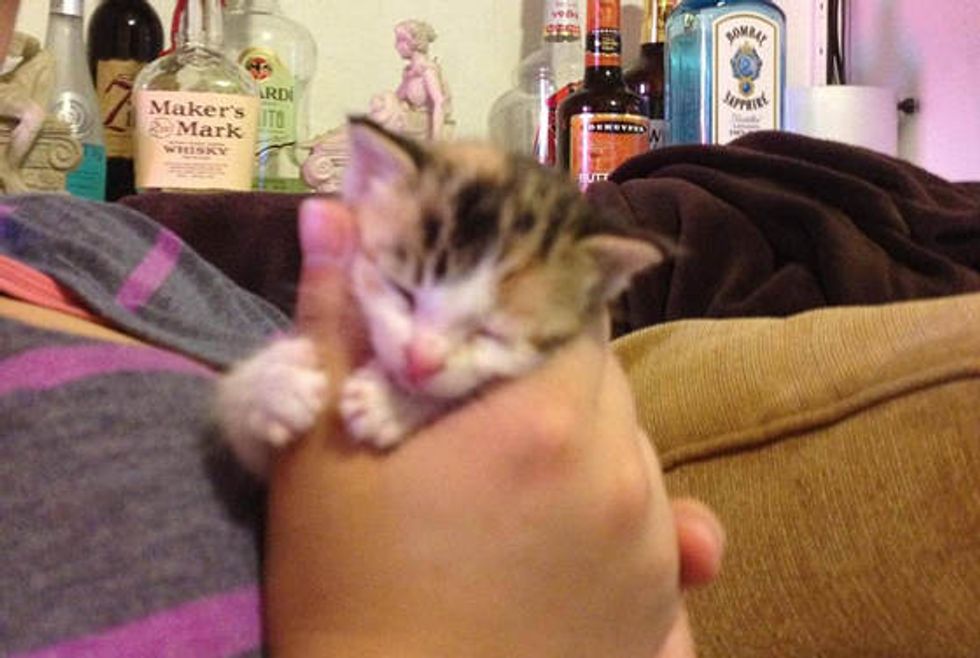 "...this is the first bite of food she ever took solo! Many tears were shed." 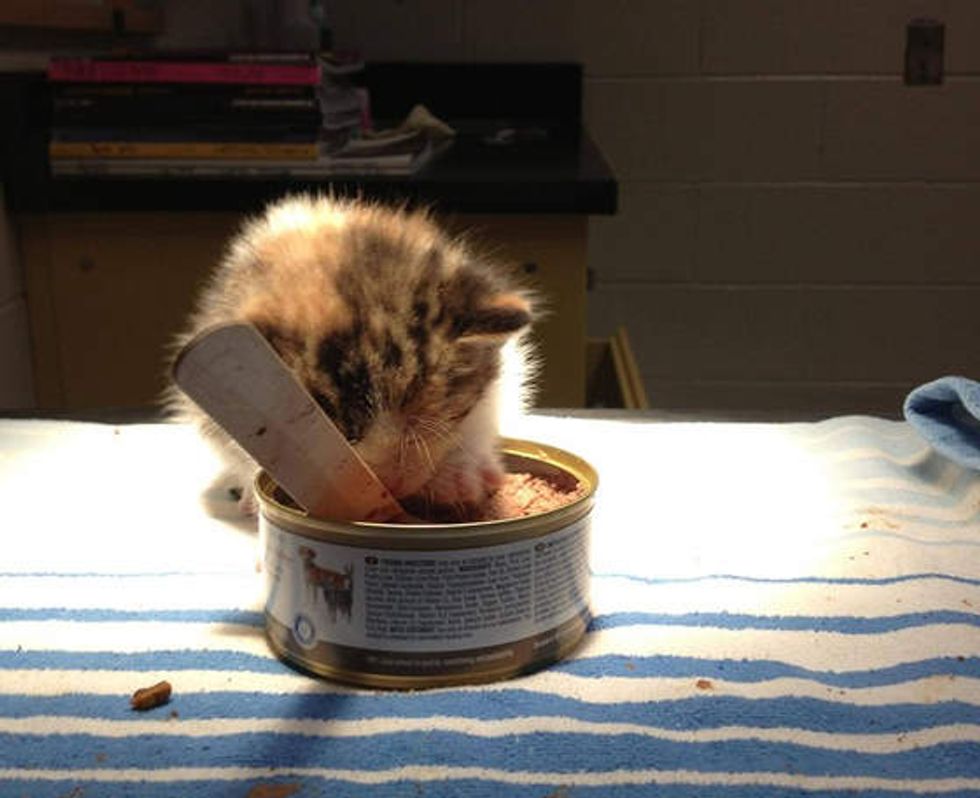 She was taken in by a cat named Gandalf who bathes her, lets her eat out of his bowl and puts up with her kitten playtimes. 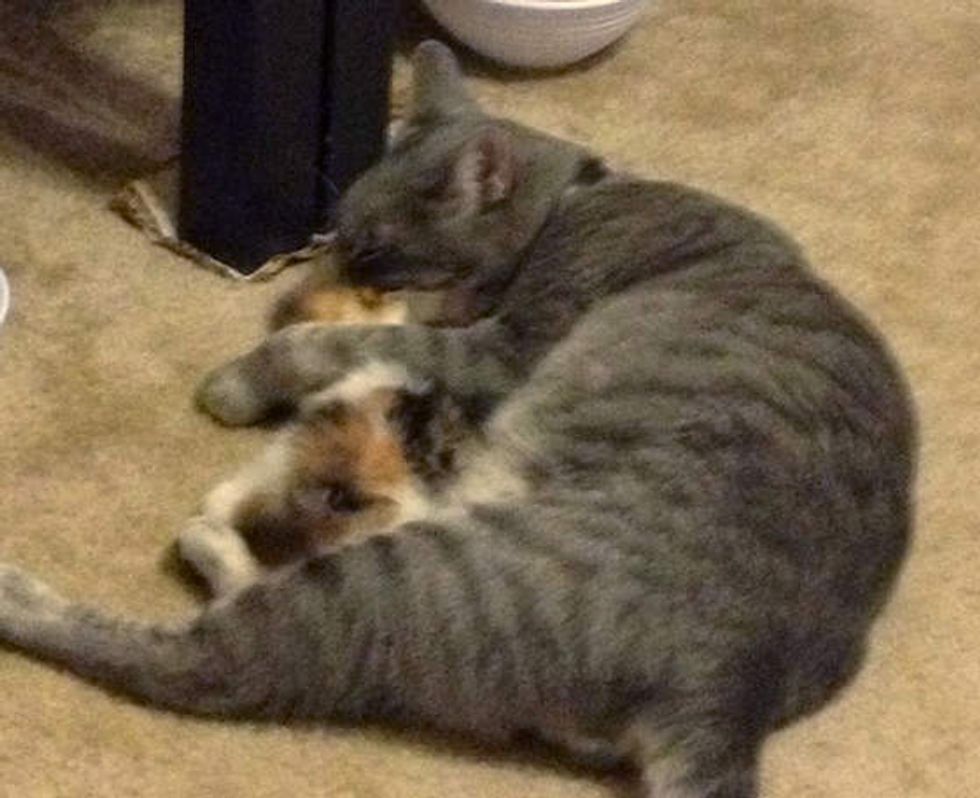 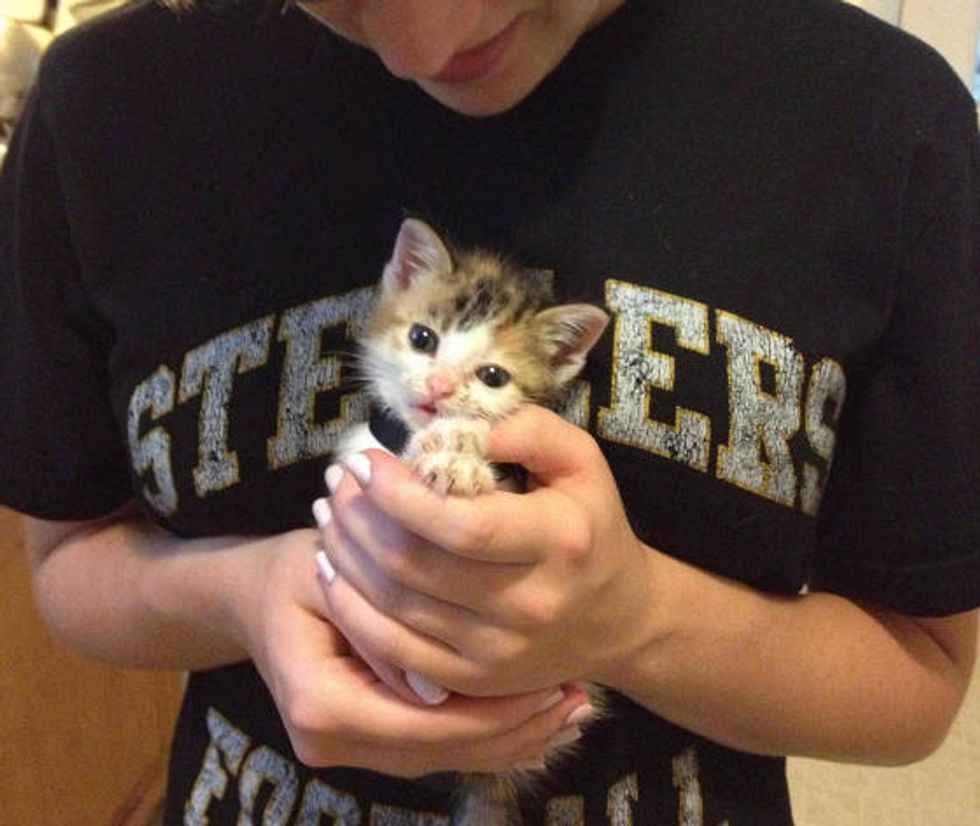 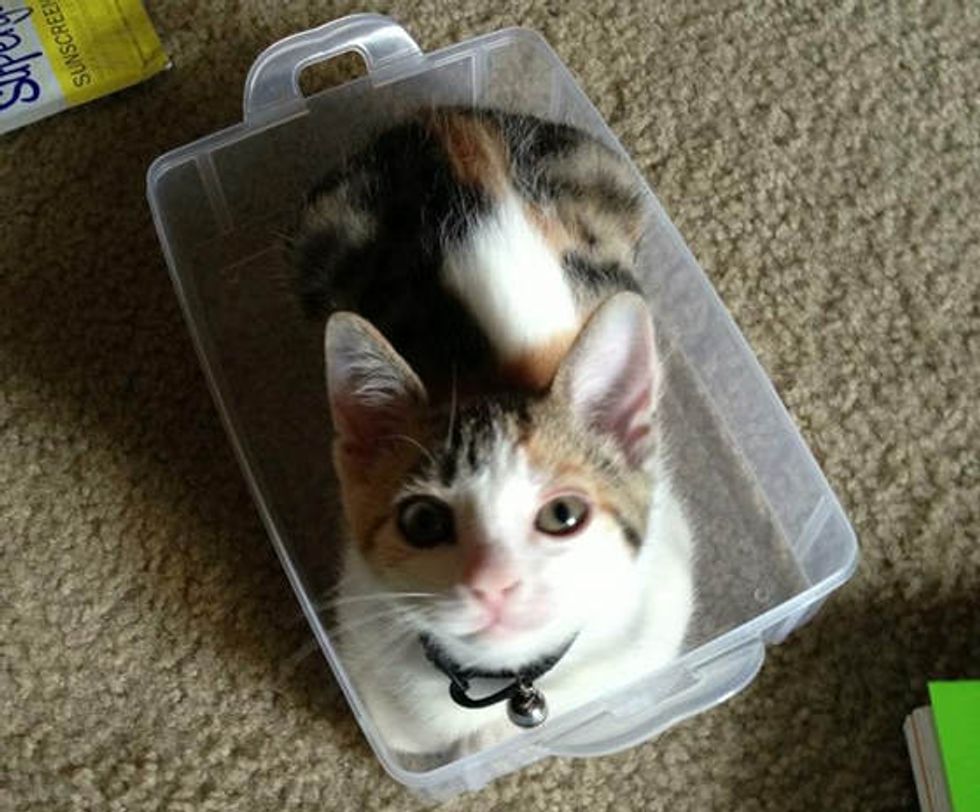 All grown up now. She is happy and healthy. 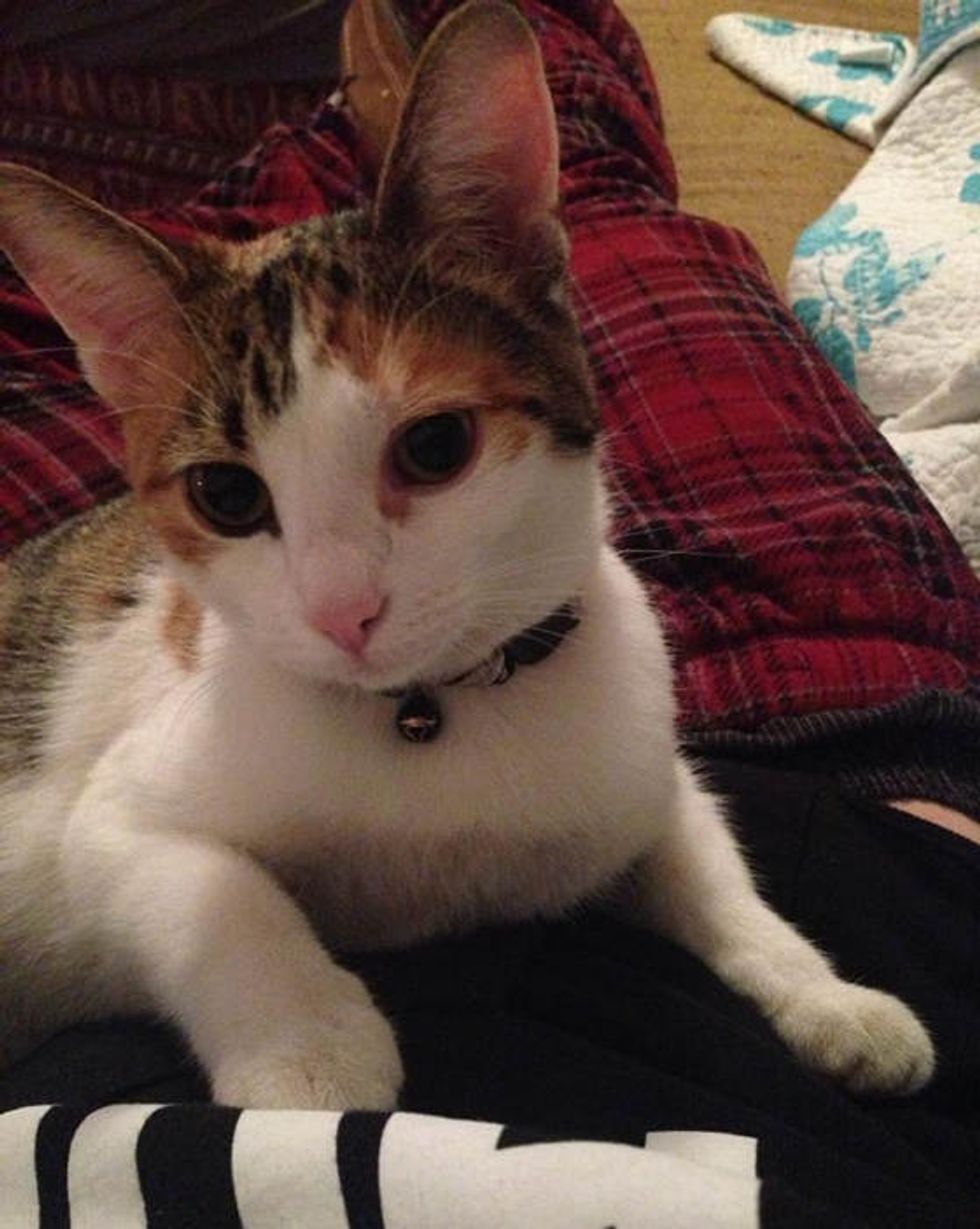 Share this story and help a kitty in your area find a forever home!