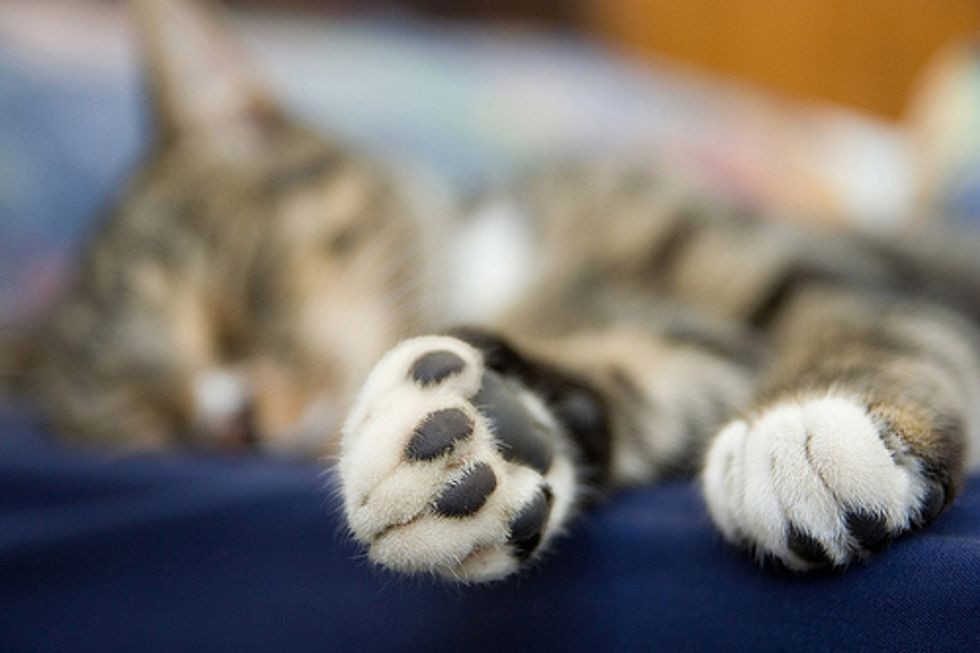 How to Trim a Resistant Cats Nails the Easy Way

Though some cats are very cooperative when it comes to nail clipping, others maybe very resistant. I have three cats, they give three different responses to nail trimming. Shadow lets you clip his nails with ease. Flip may flinch once in a while, but he is mostly calm and does not move around too much if the person who cuts his nails is gentle and someone he can trust. Jackie, our fluffy kitty does not like nail clipping with a passion. He would resist so hard that we almost never get to do it while he is awake.

So that got us thinking maybe we shouldn't do it when he is awake. He just would not let us touch his paws. Then a light bulb went on in our head. Here is how it went when we attempted to trim his nails when he was asleep :-)

Play the video below:

When cats are in a state of stress, the best way to calm them down is distraction. Besides trimming their nails while they are asleep, you can also try to feed them treats such as mayonnaise (slather some on their nose), they'd be too busy licking off the treats to worry about having their nails trimmed. However, if your cat is as resistant as my kitty Jackie, the nail trimming while asleep technique should work the best. Here is a clip of a stray kitten who is still in the process of learning to trust people, getting his nails trimmed:

"Orion is a stray kitten that I found five days ago. He's about twelve weeks old and does not like to be held for an extended period of time. Since he plays very aggressively, I've been meaning to clip his claws. Advice from the Internet about how to hold your cat while trimming its nails doesn't apply to him; he squirms and claws anytime I try to touch his paw. But today I discovered a wonderful trick - do it while your cat's asleep!" - mztwo