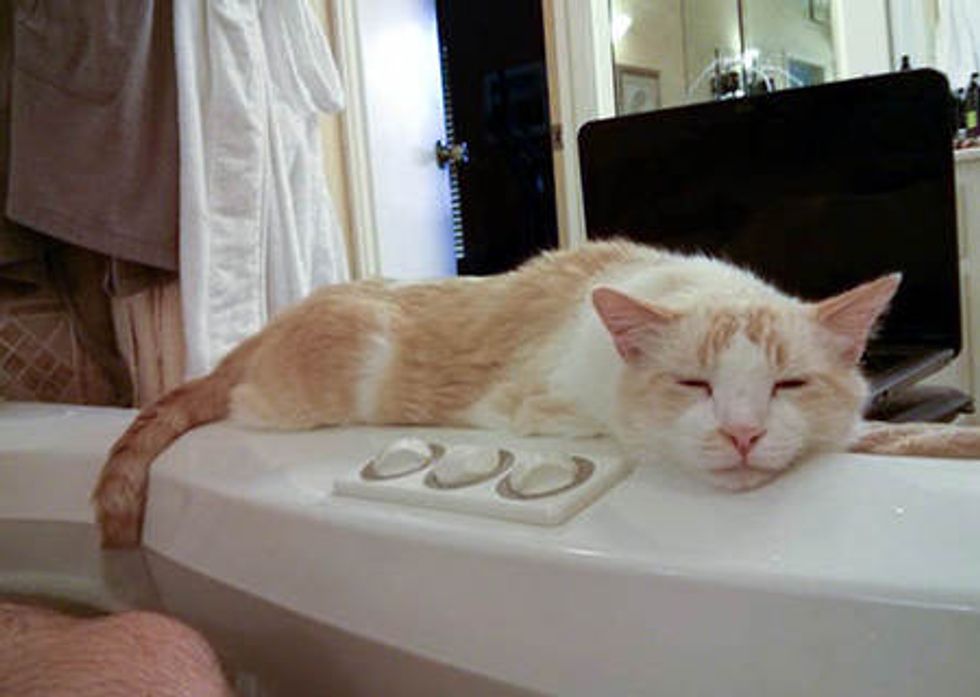 "I Can't Even Take A Bath Without Him."

Who says cats aren't affectionate? Kitty can't stand being away from his humans. "I can't even take a bath without him."

After a long workout session, the husband and wife decided to warm up in a jacuzzi tub to relax. That's when the cat "barged in and made himself comfortable in front of the laptop we were trying to watch a movie on."

"He never did notice his tail was in the water," said the human dad twilightmoons of reddit.

"If we're not in the room, this one yowls with all the pathos he can muster... As soon as he sees we are looking at him, his voice goes up two octaves and he meows like a tiny kitten, even in the middle of a yowl.

He does the exact same thing if my wife is just taking a quick bath before going to bed. He just wants to be close to us, and he gets up on the edge of the tub. He'll try and pat with his paw, head-butt her, cuddle close to her back if she's sitting on the edge... Anything to be closer to us."

Kitty can’t stand being away from his humans. "I can’t even take a bath without him."

"Can't even poop without him at our feet."