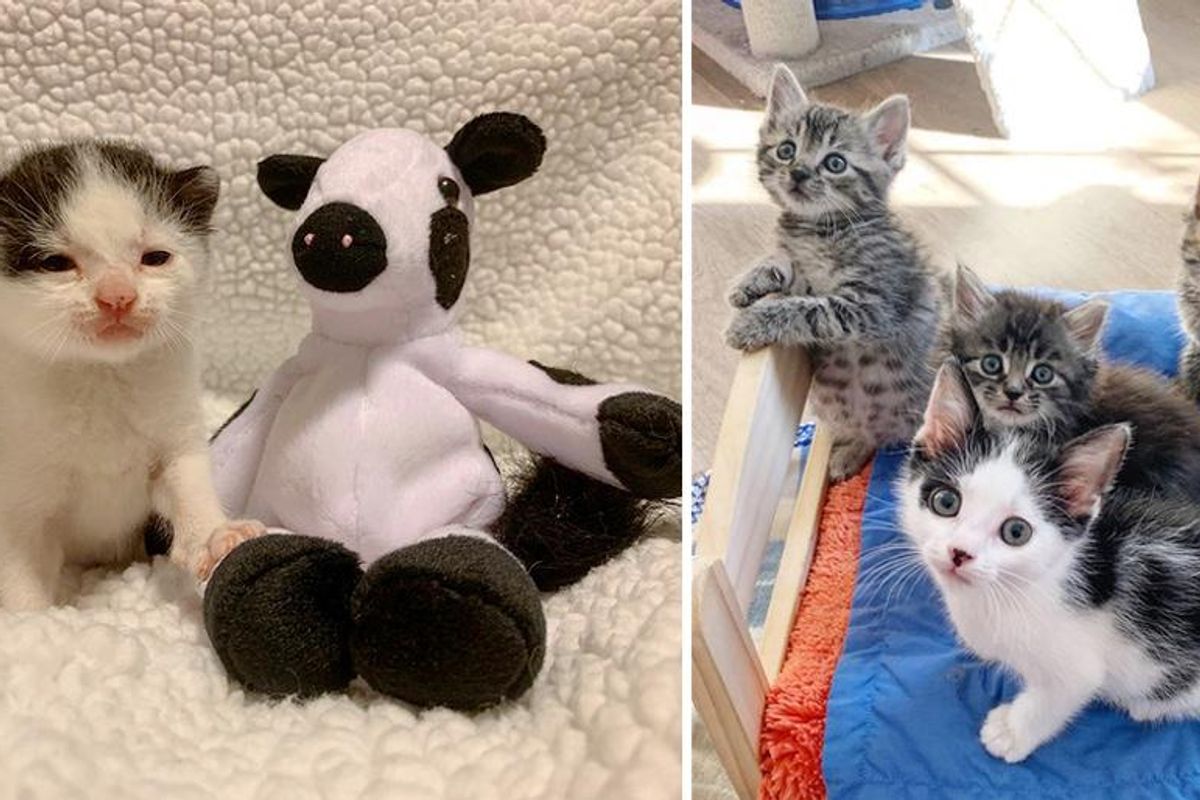 A kitten who took his cow toy everywhere he went, is so happy to have found the company of other cats. 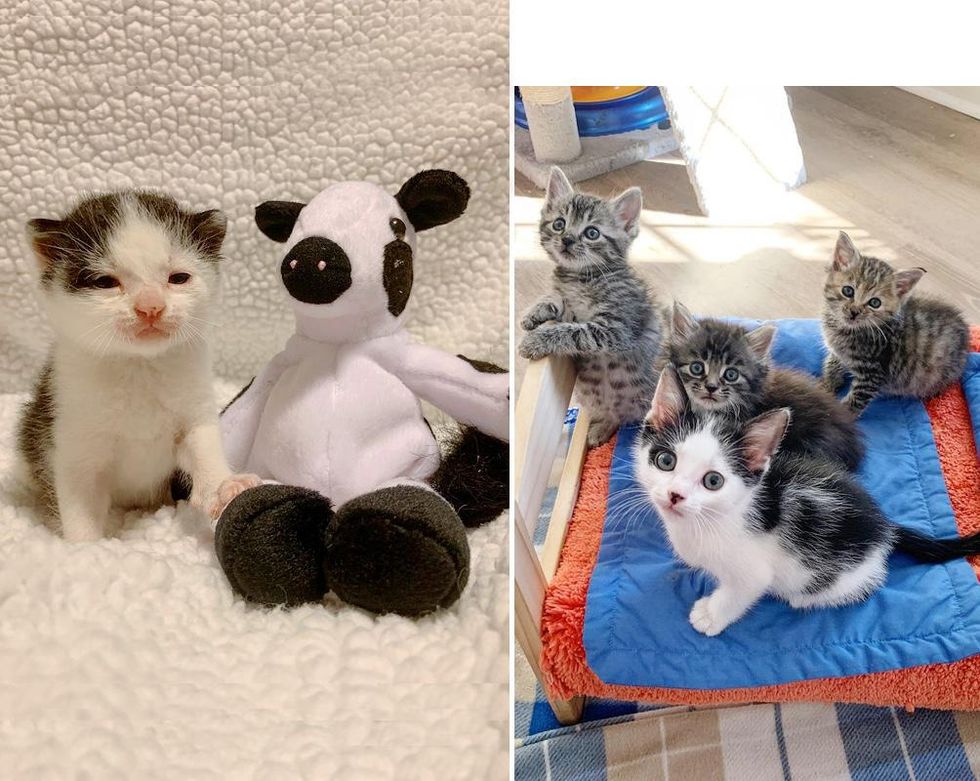 A tiny kitten was spotted alone at a construction site in North Carolina. Workers found him in some rafters when they heard his cries.

"The mom was seen taking his sibling away, but after being left alone all night with the hope that his mom would come back for him, the workers found him in the morning and contacted us," Sarah Kelly, volunteer of Sparkle Cat Rescue, shared.

The kitten was cold and hungry by the time rescuers got to him. 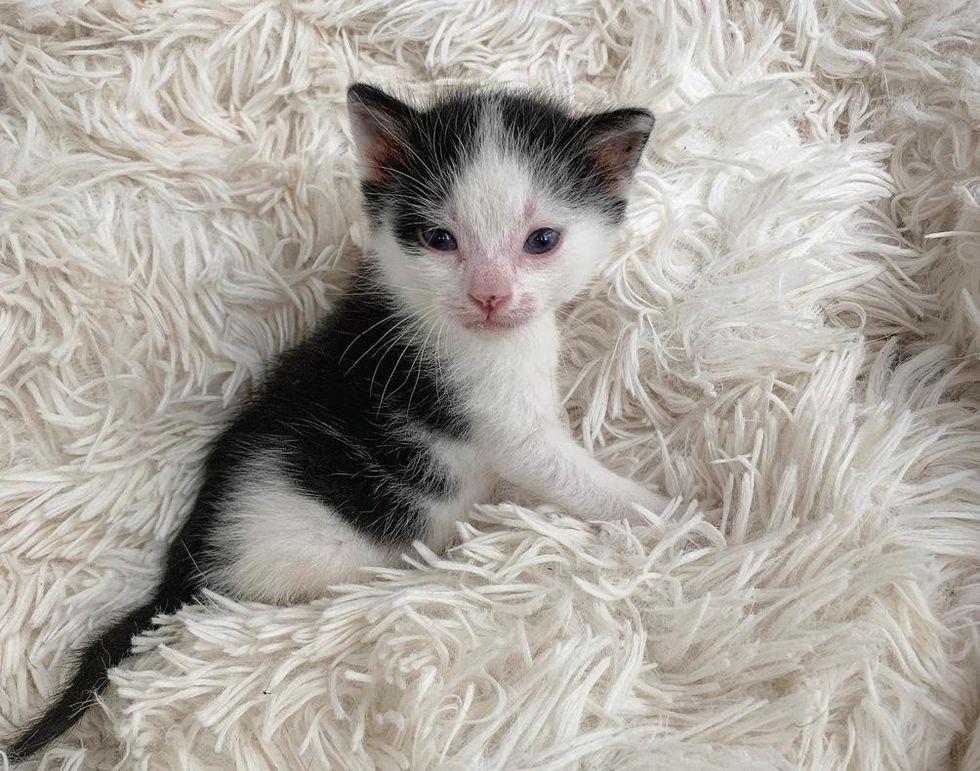 Sarah took him in to foster and placed him in an incubator to help him regulate his body temperature. Making sure that he didn't feel alone, Sarah gave the kitten to two snuggle toys, a cow and a teddy, to keep him company.

The sweet kitten waddled right up to the cow and wrapped his arms around it. Eventually, he relaxed and fell asleep next to the cow. 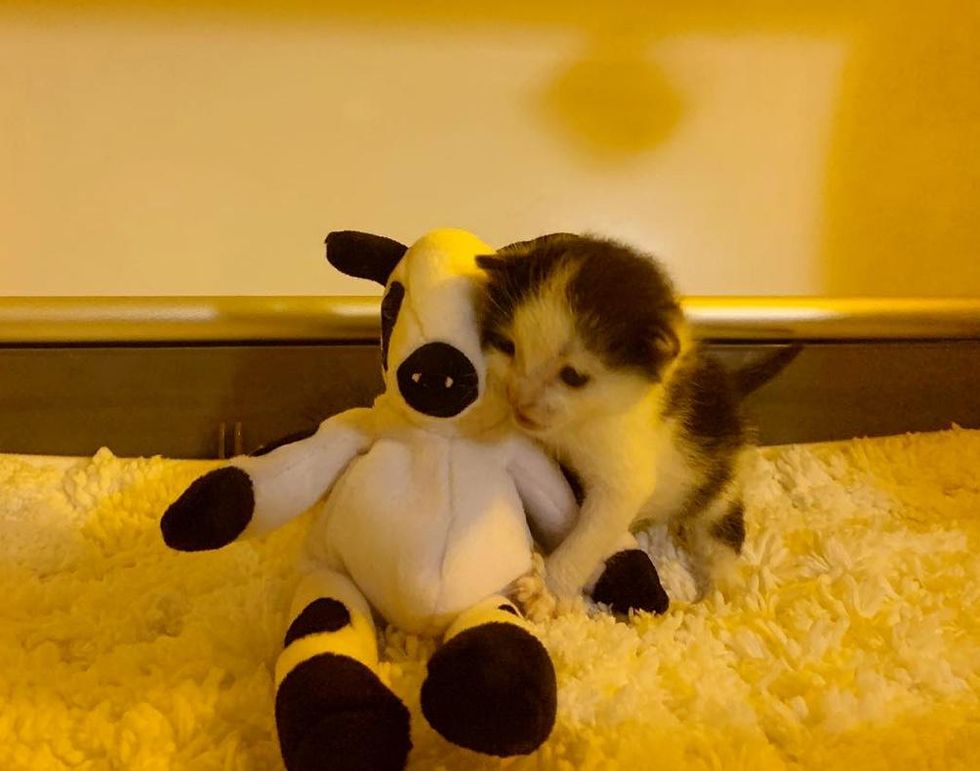 "We decided to name him Bo, short for Bovine. He loves his cute little cow, so it suits him perfectly," Sarah wrote.

Without a mom, the little neonate needed a constant source of warmth until he was able to regulate his body temperature. Bo felt assured and at ease with his cow nearby. 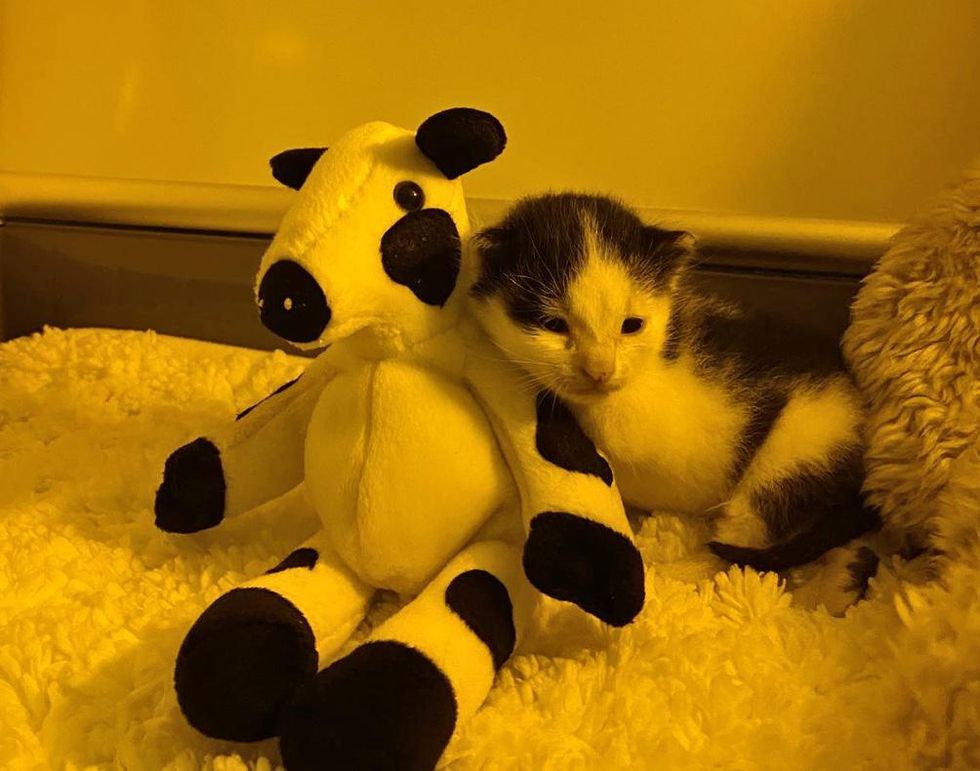 Sarah placed a few more snuggle toys to make the place even cozier, but Bo was always partial to the cow and enjoyed cuddling away with it.

"Bo and his cow were utterly adorable, spending their days meowing and mooing in the incubator," Sarah shared. 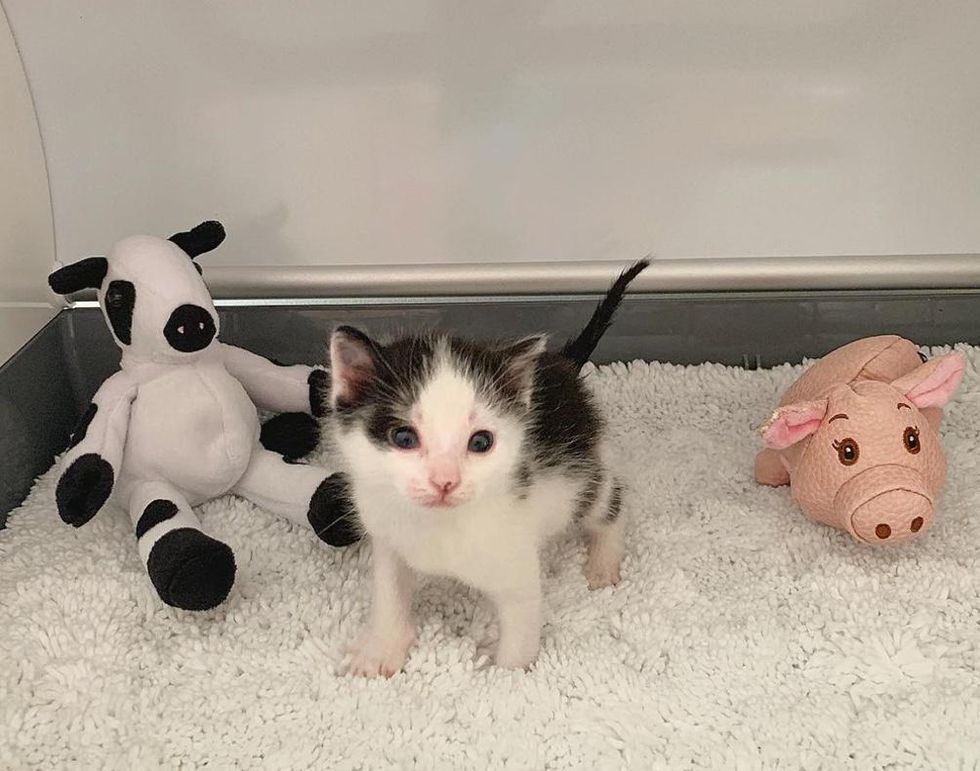 Over the next few days, Bo continued to make strides. His legs got stronger and he became more curious about the world outside the incubator.

That's when Sarah started to introduce him to a playpen, but not without the supervision of Bo's trusty cow friend. 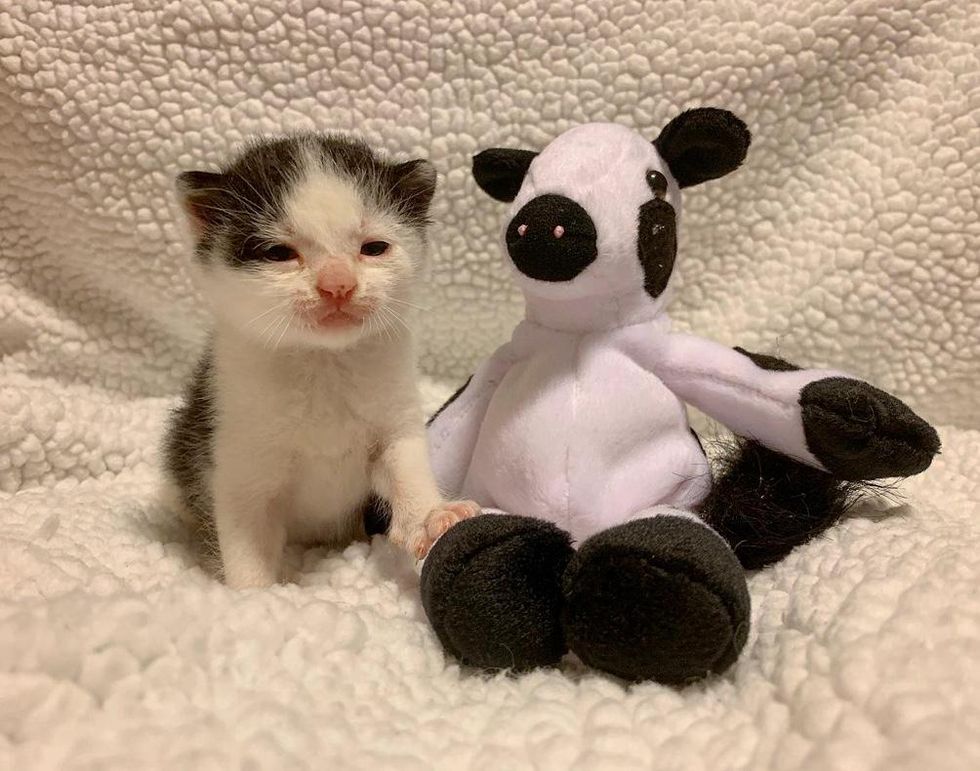 He explored every nook and cranny of his new digs and even met a few other foster kittens. The more he discovered, the more excited he was about what was ahead of him. Bo was eager to have a friend to play with.

The kitten figured out kneading and quickly became an expert "baker". 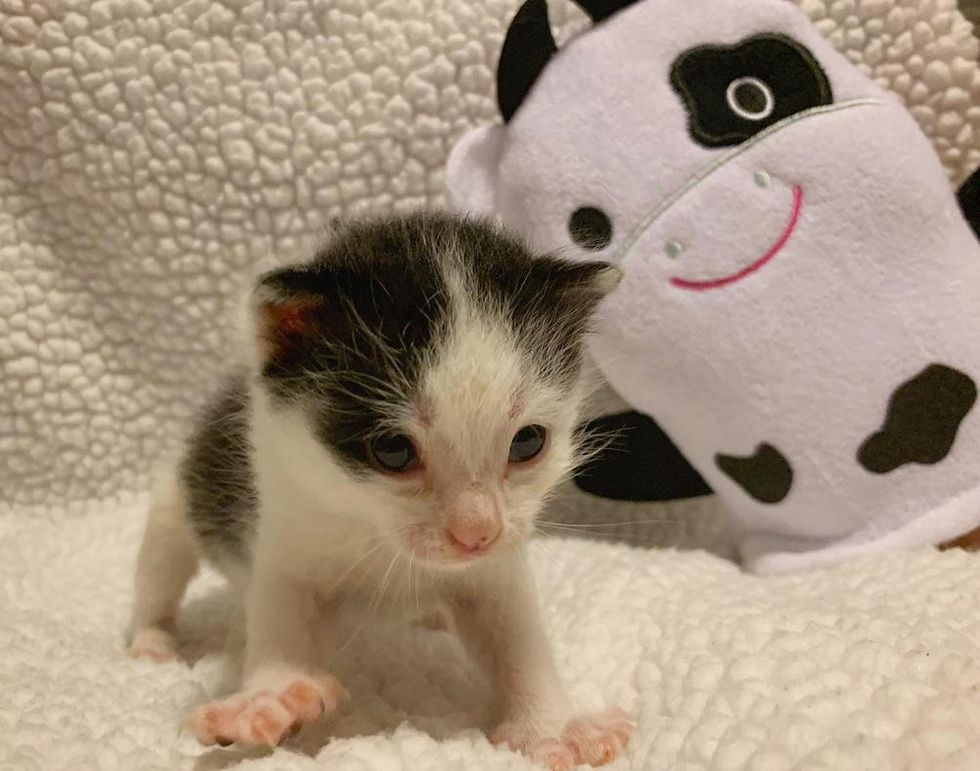 He still preferred cuddling with his cow when he napped, but was thrilled every time he got to play with another cat his age.

Bo was so pleased to have a spacious kitty suite to run around in. After an intense play session, he curled up next to his snuggle friends and went right to sleep. 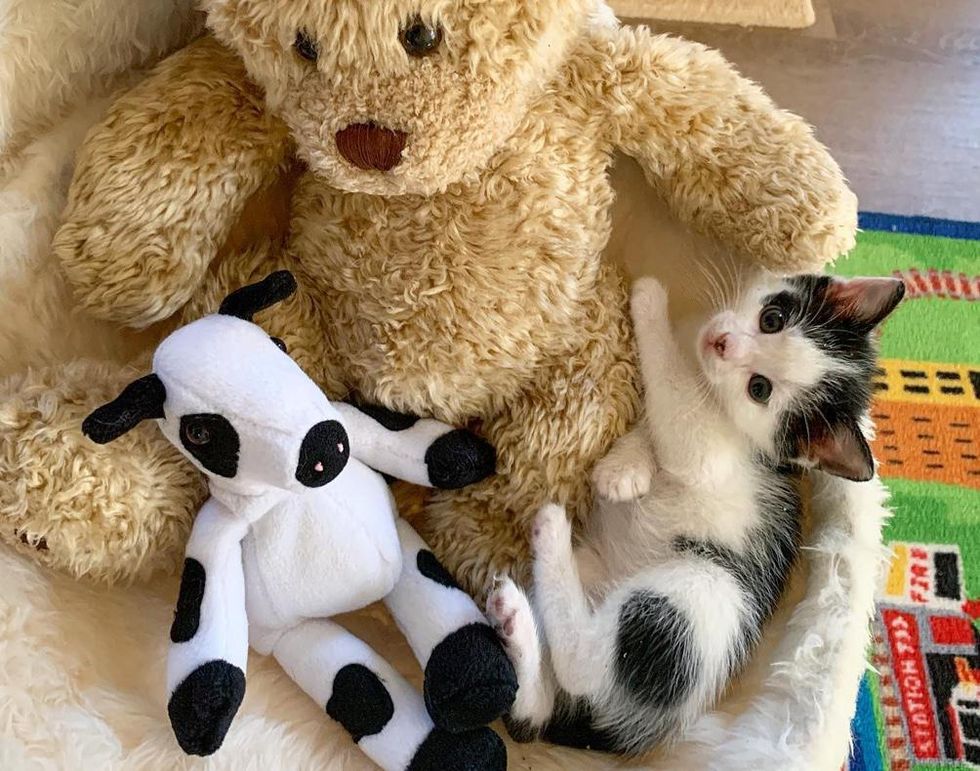 Around that time, Sarah received a litter of tabbies found on a resident's property on a very cold day. They moved into the incubator that Bo was once in.

Bo who now had a kitty suite of his own, was very intrigued by all the new meows and sounds. 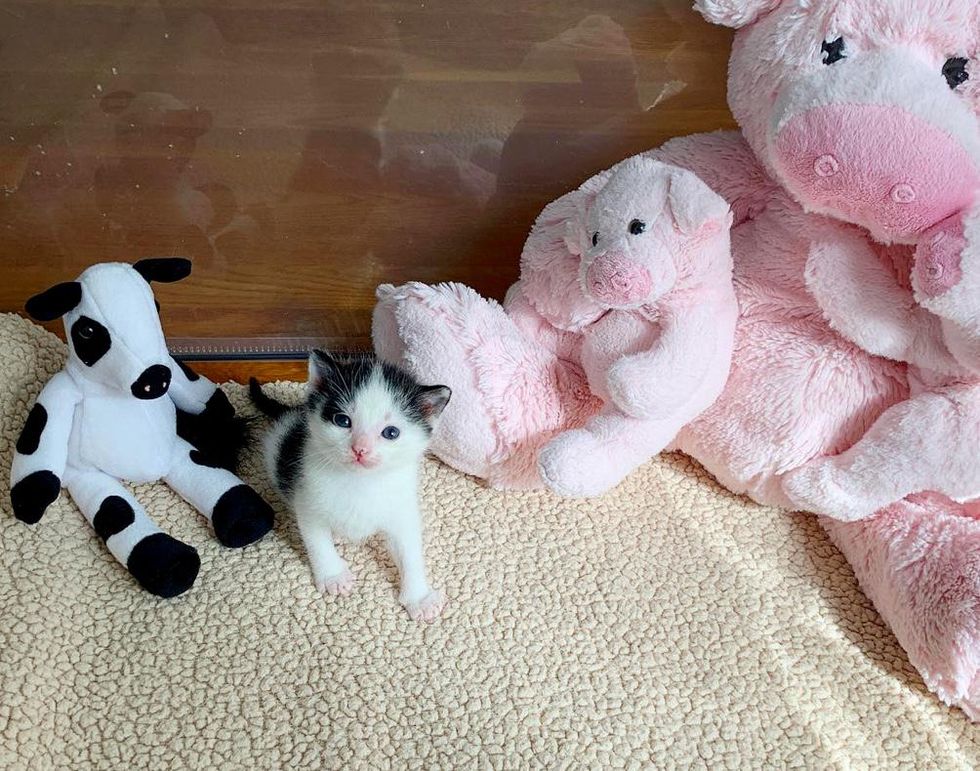 By the time the new cats were ready to move out into a playpen, Bo took to them right away and started playing, as if they had already been friends.

"Bo has really become quite close to these guys. His best friend of the bunch is Mac - those two love to tackle each other and usually fall asleep wrestling over the same toy," Sarah said. 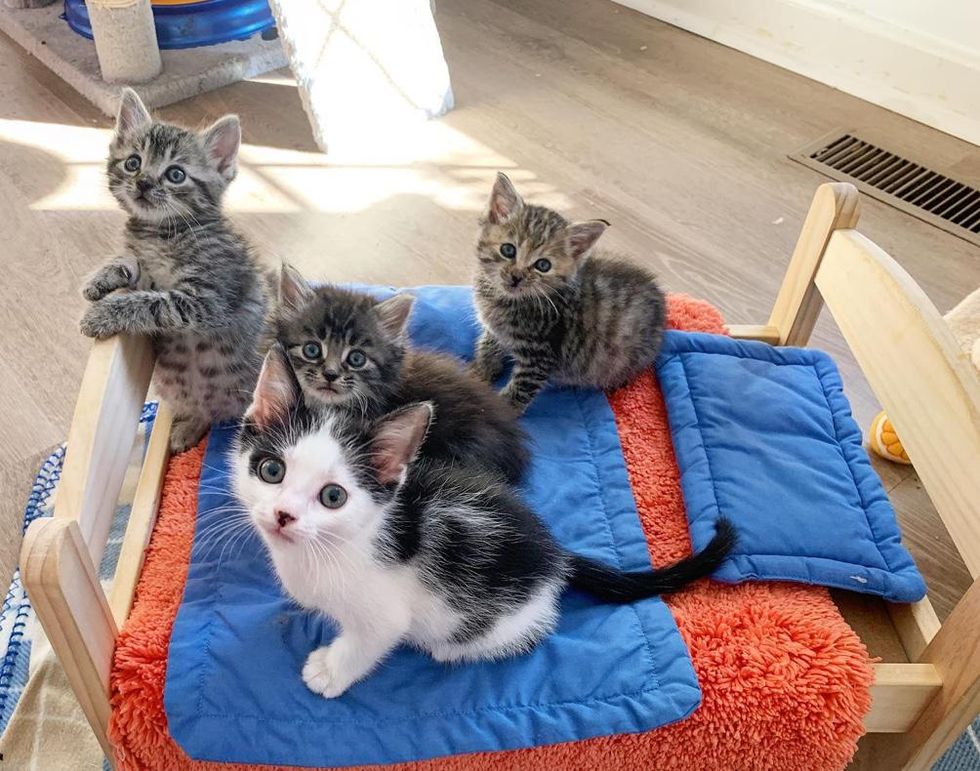 Bo now has foster siblings to play, roughhouse and nap with each day. He is the happiest he's ever been, and his cow buddy is always nearby watching.

The little "cow" kitty is determined to never be alone again. He has turned into a very vocal, brave little guy and isn't shy of telling his foster family what he wants. 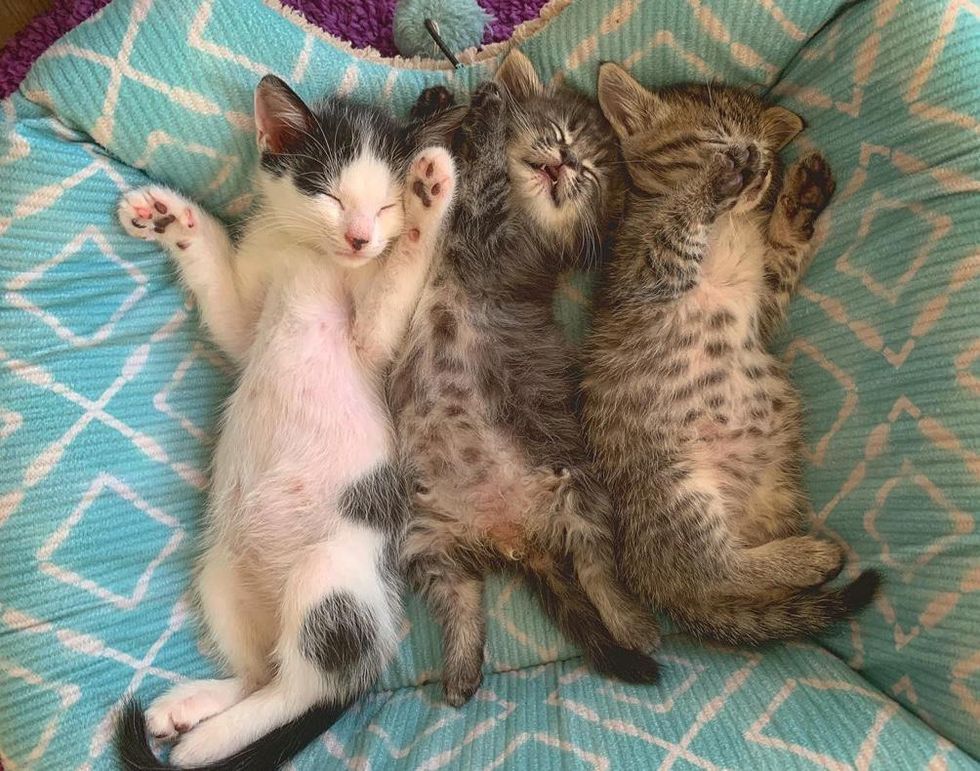 "We are so grateful to be able to give this boy a second chance, a warm incubator, and a happy ending." 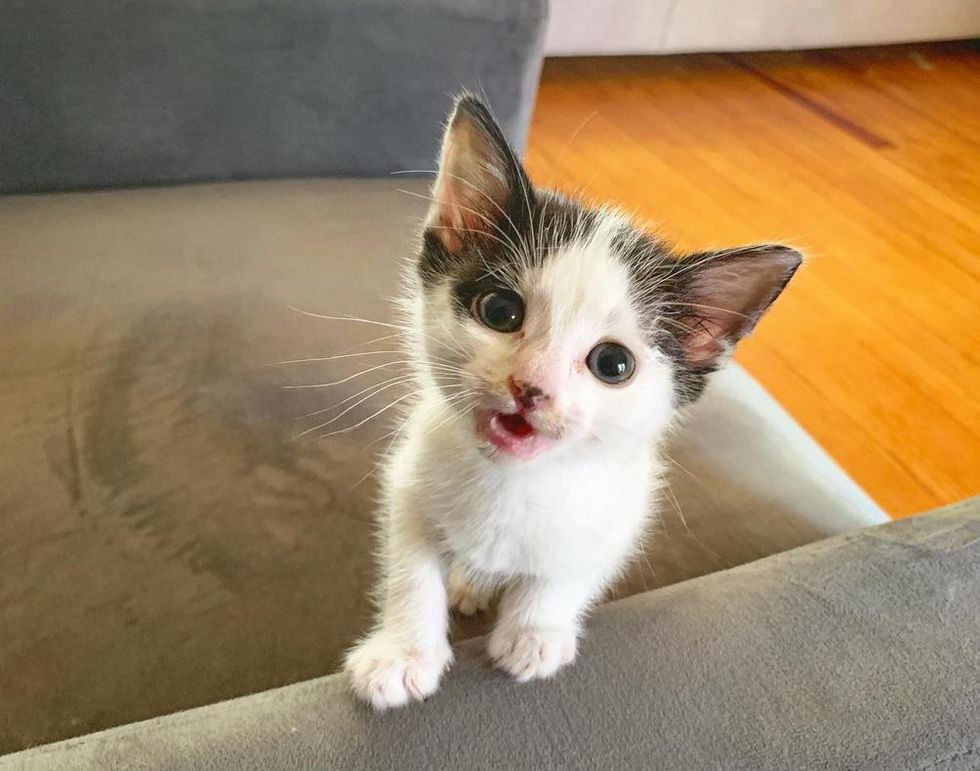 Kitten With Perfect Mustache Hopped into Heart of Family