Man Saves Backyard Kitten Who Wouldn't Let Anyone Near, and Changes Her Life

A feisty kitten who was rescued from a backyard in Brooklyn, New York, was scared and wouldn't let anyone near her. A local TNR (trap-neuter-return) rescuer took her into his care and helped her find love. 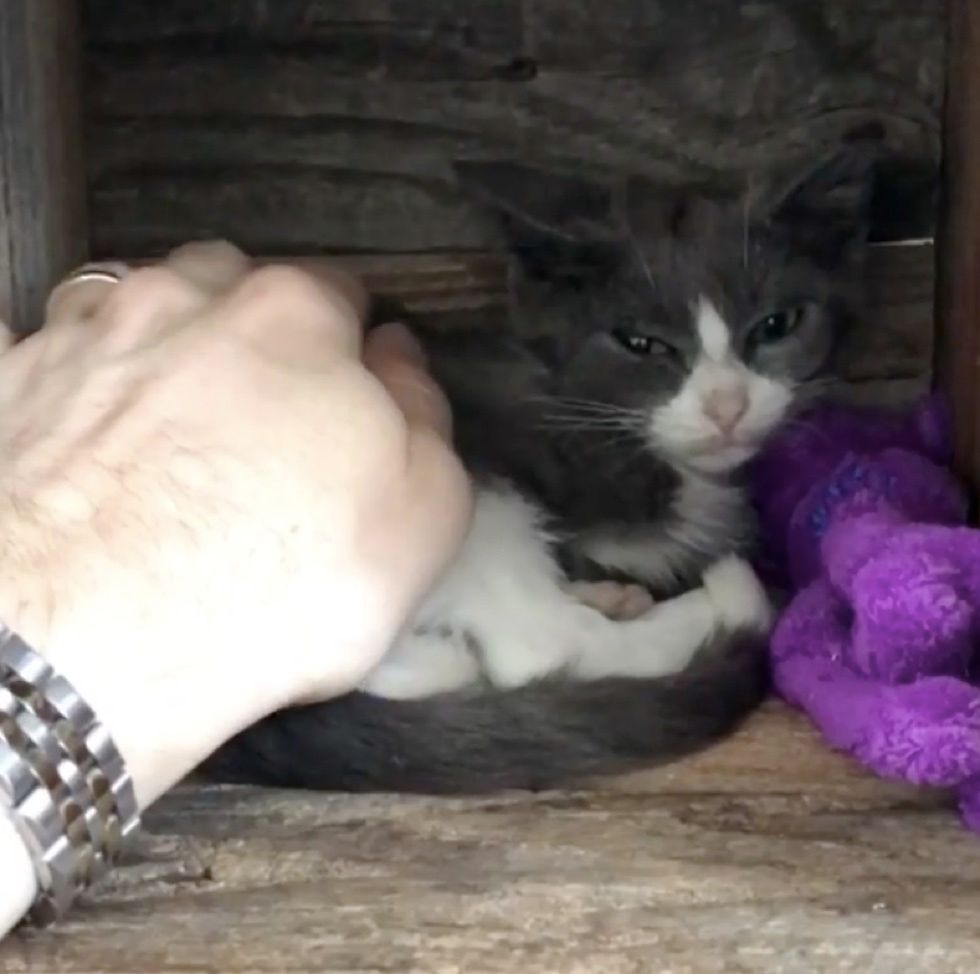 Will of Flatbush Cats, a TNR rescue group in Brooklyn, trapped a few kittens and their mom cats last fall, and Cleo was the sassy one.

From the start, little Cleo made it clear that she didn't want to be with any humans. "She was already 10+ weeks old and gave us an epic stink face for days," Will said.

The kitten was feral due to lack of human contact. Will began to spend ample time each day with her to help her acclimate to being around humans. Cleo stayed in her security box and huddled up in the corner for a while. Despite trying her utmost to hide, the little kitten couldn't resist the food and head scritches. 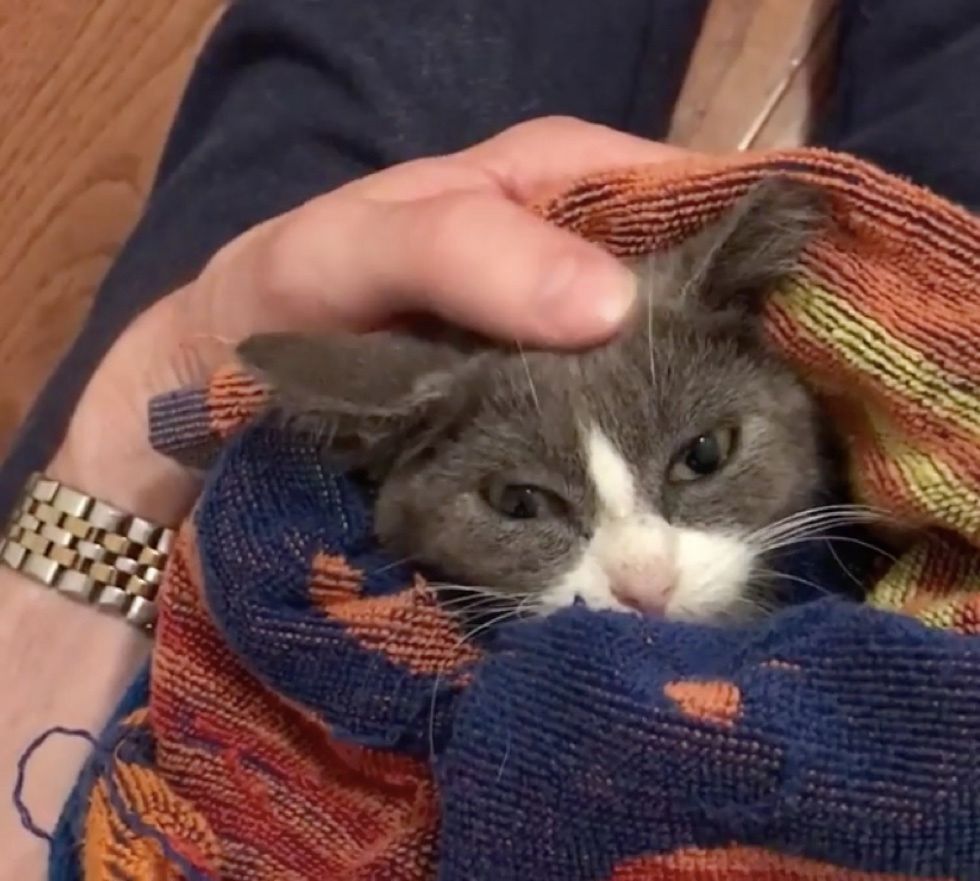 Once she allowed her rescuer to pet her, Will would stay for a couple of hours each day to socialize her. Two weeks later, Cleo decided that she no longer needed to be afraid.

The little kitten really turned a corner and began to crave attention and love. "She was not only friendly, but had an insatiable appetite for attention. Two hands, full focus, no sharing pats with other cats," Will added. 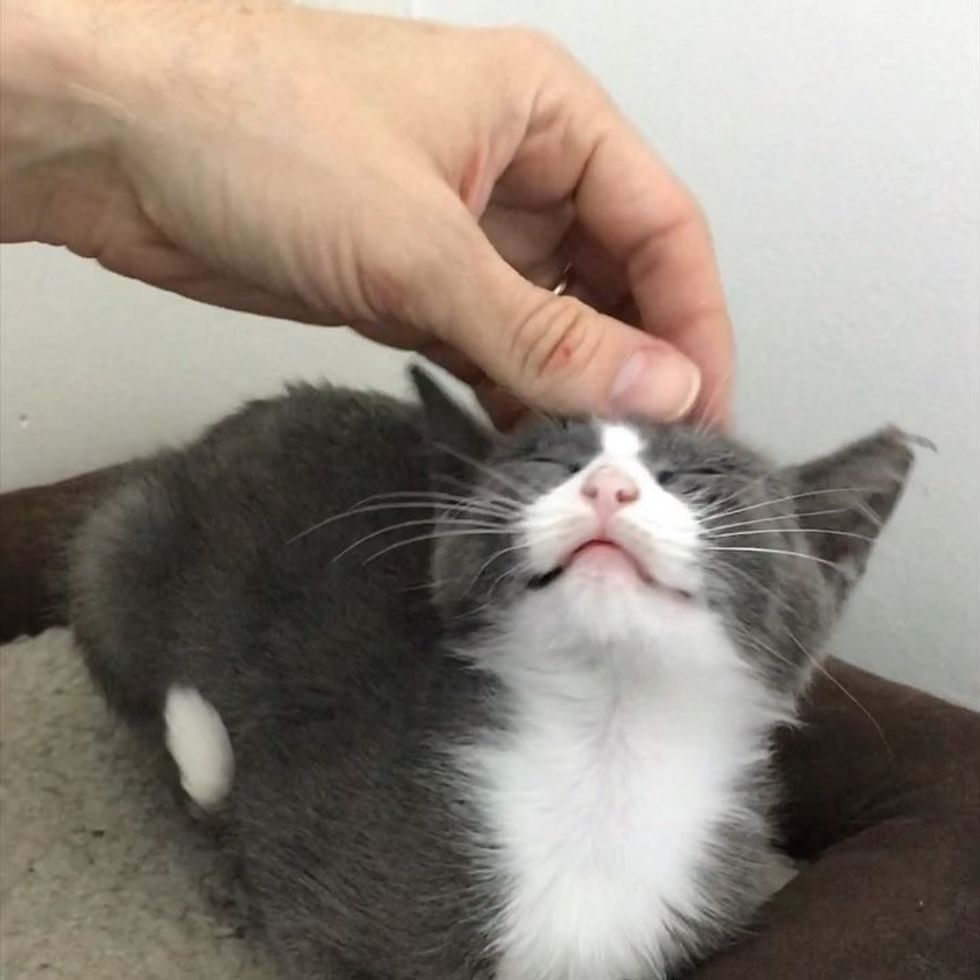 The shy kitten became the most courageous one among all the fosters at the rescue. She would jump in Will's lap and expect him to begin rubbing her back and scratching her neck.

"She chose VIP indoor life with 24/7 human support staff. She went from a sassy stink face to a purring princess." 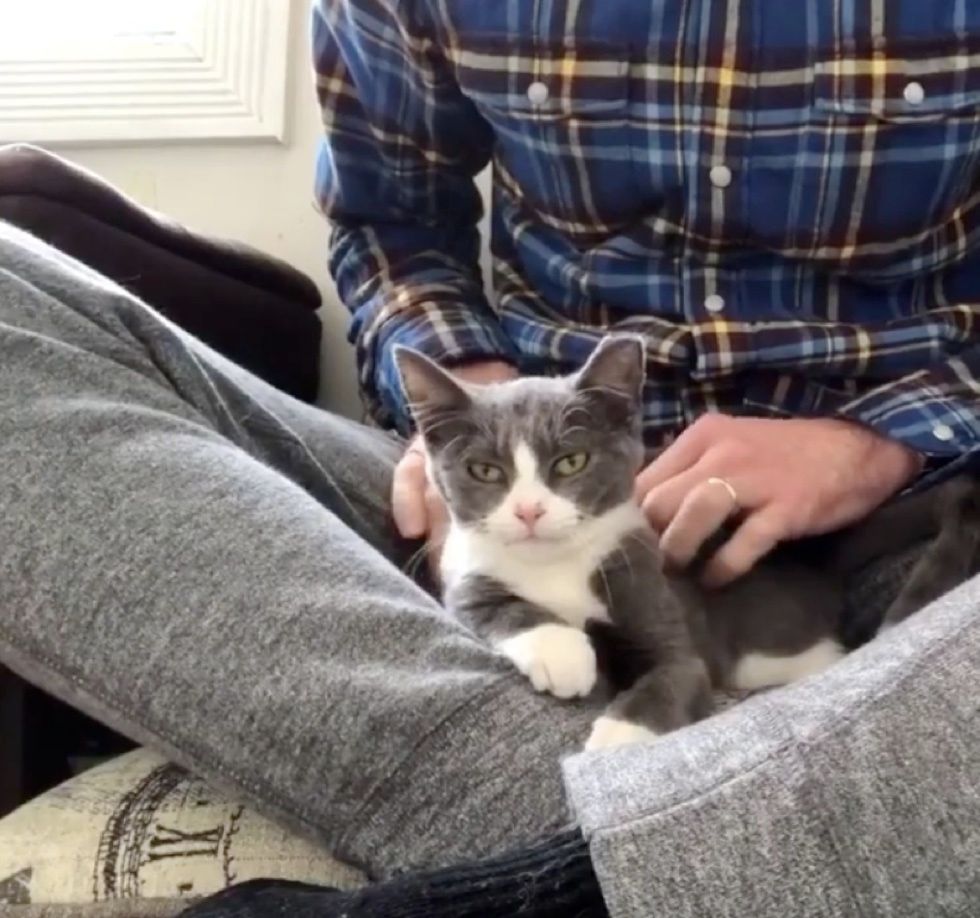 "She's incredibly sweet and purrs up a storm once you're on her good side," Will said.

Watch Cleo's transition from a timid backyard kitten to a lovebug:

Six weeks after the rescue, they knew it was time to find her a loving home where she would rule the roost. A wonderful family welcomed Cleo into her new home with open arms and introduced her to her new brother Batman.

In no time, Cleo began asking for attention from everyone, including her new feline brother. The two kitties hit it off and their daily cuddles ensued. 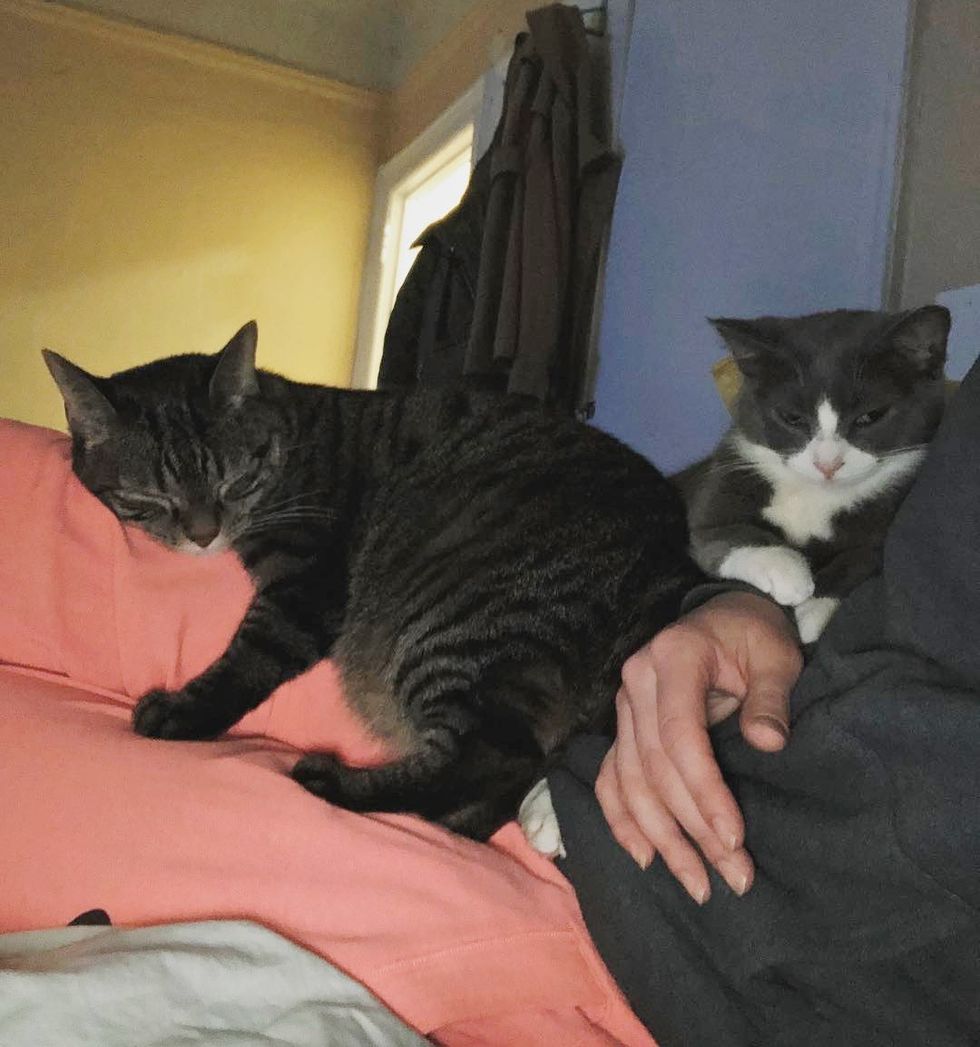 Now Cleo shares her many antics with her best friend Batman and cuddle up to him when she needs a nap - a 180 from her life as a backyard kitten.

"Socialization is a huge, time-consuming part of what we do, but in just a few weeks we can change the rest of their lives," Will said. 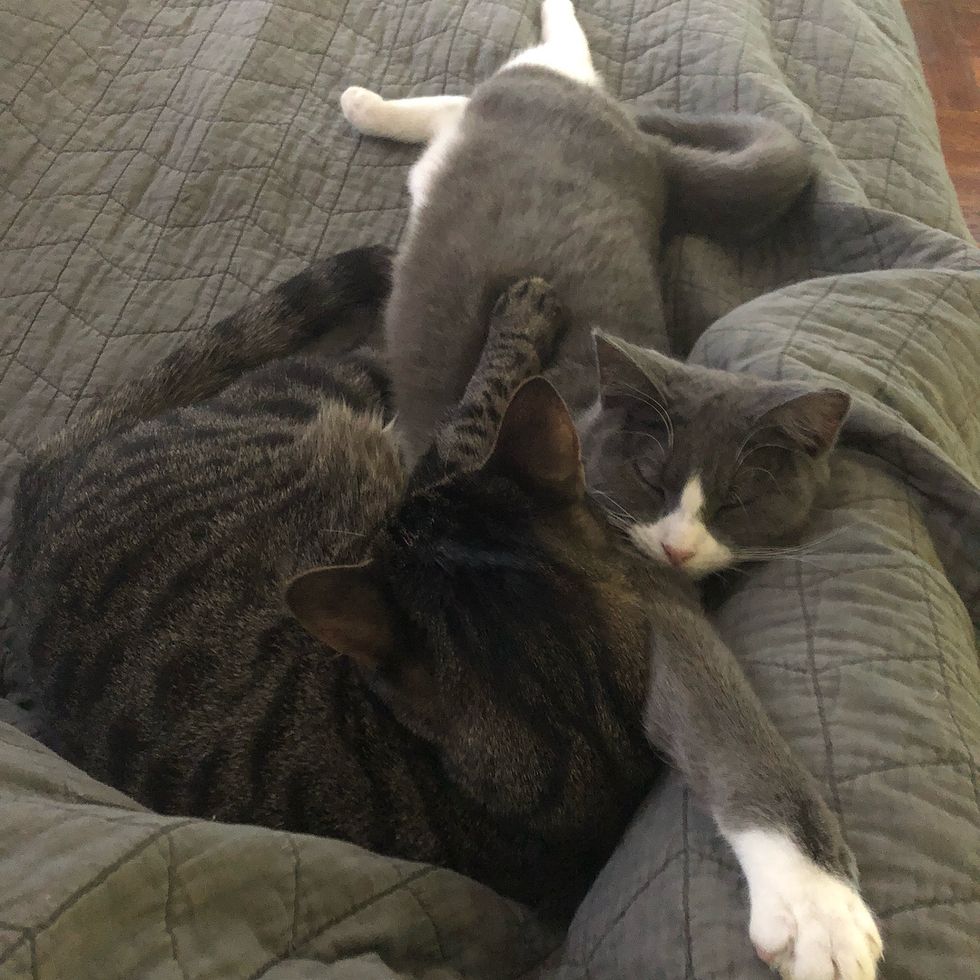