A woman befriended a homeless man and his beloved cat whom he rescued from an uncertain fate. 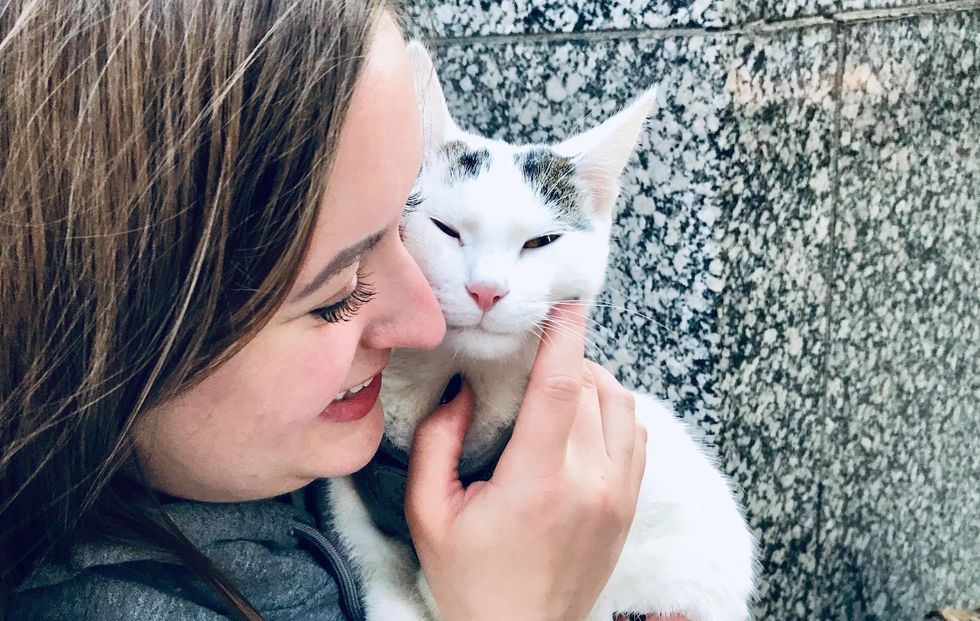 Elizabeth Feldhausen, Founder of Safe Haven Pet Sanctuary, was visiting Chicago last weekend. When she was on her way to her hotel on Adams Street, she spotted a homeless man on the corner, playing with a cat.

"Of course I had to stop. A little kindness can go a long way. I had extra money in my purse, so I stopped to hand him $20 and asked him about his cat," Elizabeth told Love Meow.

When he saw her interest in his cat Casper, his face immediately lit up. 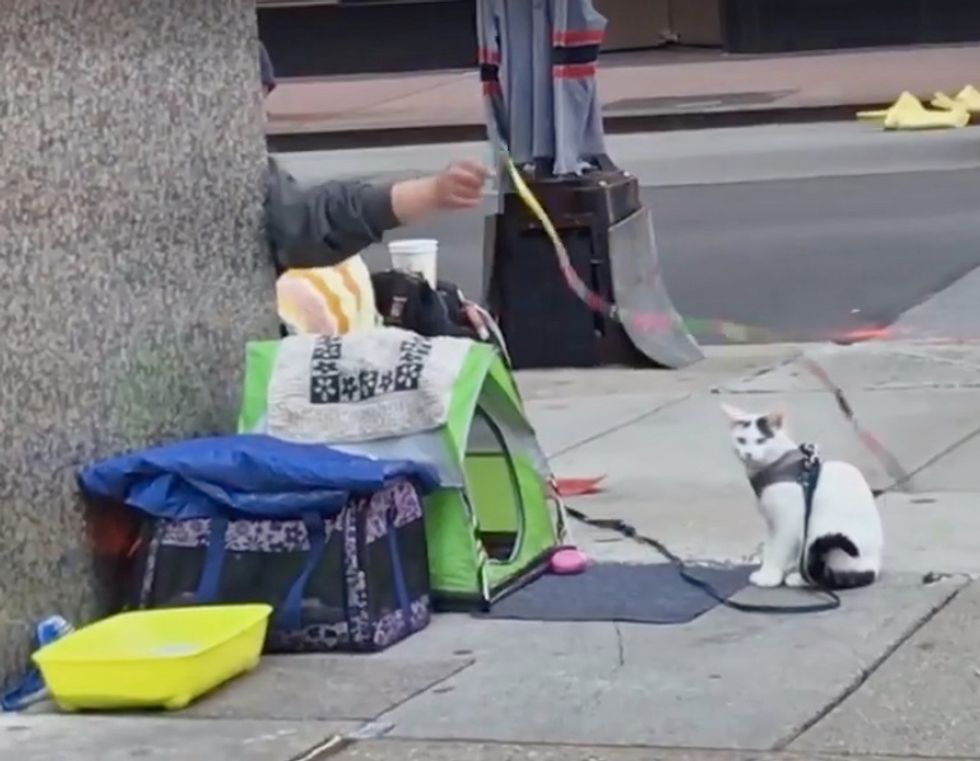 The man named Daniel found Casper a few months ago when he was a sick kitten, wandering in an alley without a family.

Daniel scooped him up and helped him with the little resources he had. "He decided to beg for cat supplies and spend what he could on some kitten food," Elizabeth said. "Someone even gave him his very own cat tent." 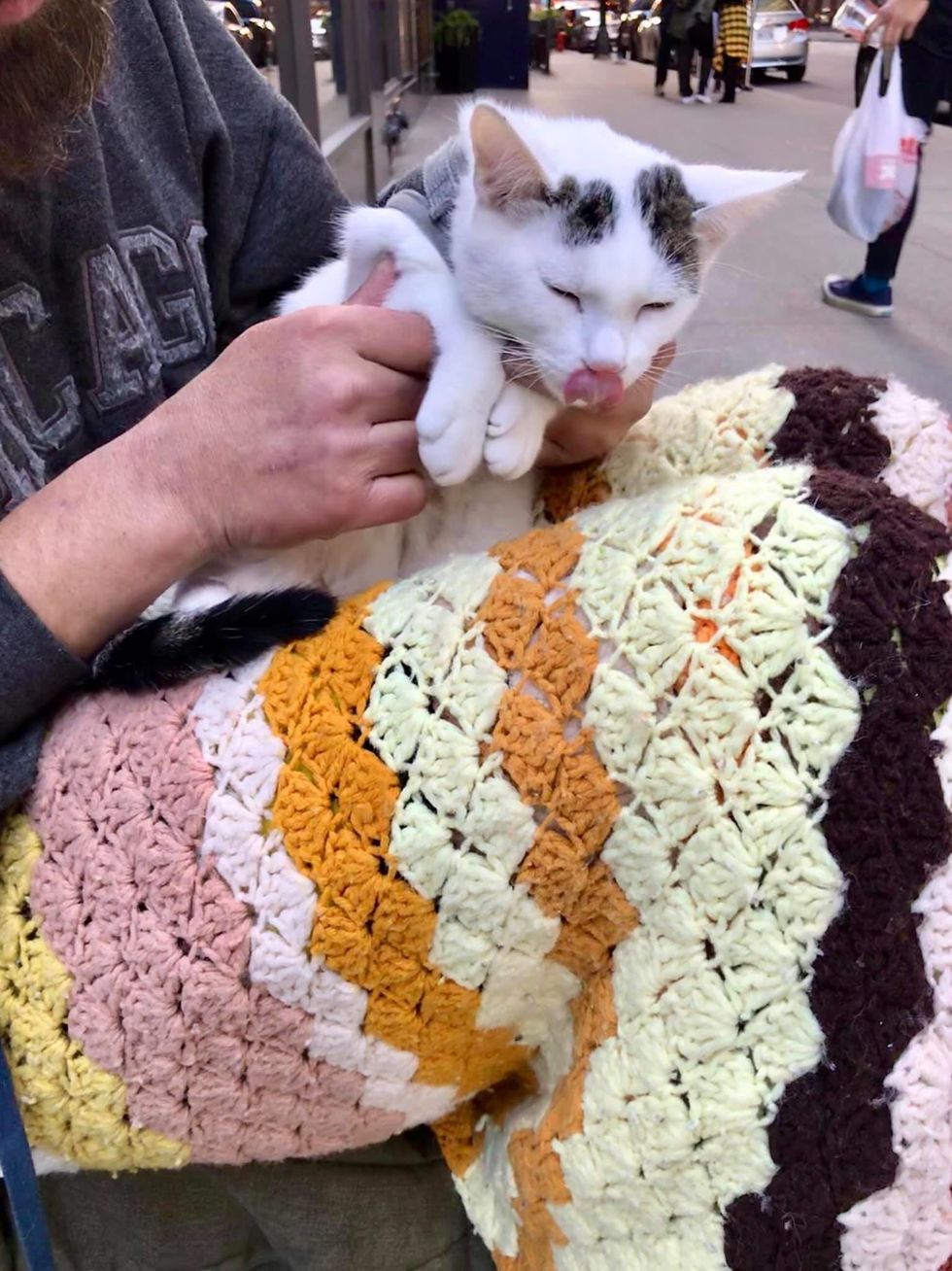 Three days later, little Casper began to perk up and started to gain weight and strength. Daniel nursed him back to health and managed to find a nonprofit organization to help get Casper vaccinated and neutered.

"He was also able to save up money for ear mite medication. I checked Casper over and he is so healthy," Elizabeth shared with Love Meow.

"If you ask to pet Casper he'll let you hold him. He even carries a baby picture of Casper in his notebook." 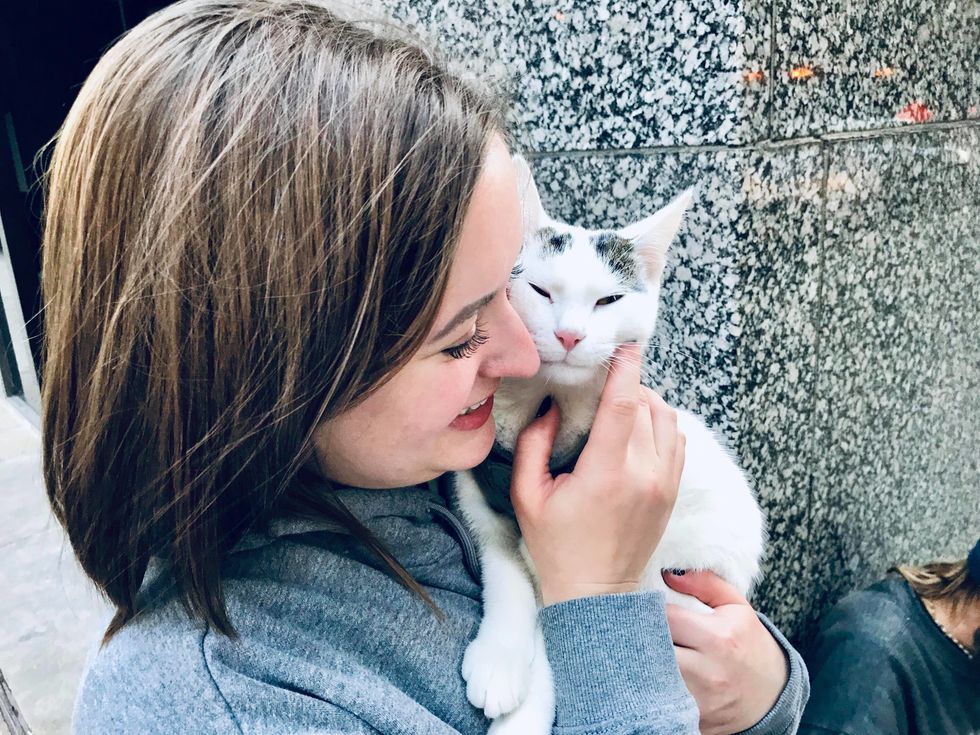 Daniel and his cat share an incredibly strong bond.

Every time Daniel calls Casper, he comes right over, stands next to him and won't leave his side. Despite the hustle and bustle of the city, the kitty remains his most loyal companion, bodyguard and confidant. Daniel cares for his cat more than he does for himself as his buddy is his support and family.

"Casper has a cat tent, a litter box, and toys that Daniel keeps with him. They sleep on a thick blanket under a tarp together at night," Elizabeth added. 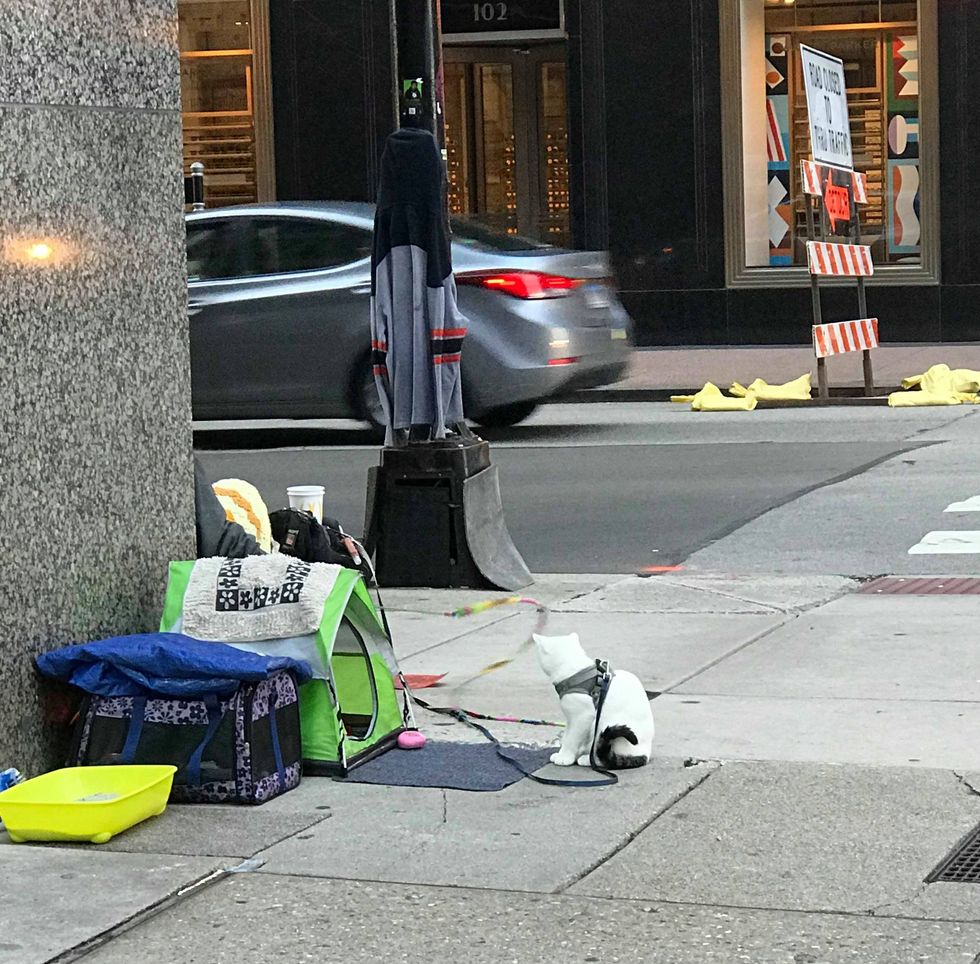 Elizabeth shared that before Daniel became homeless, he was a carpenter until he was laid off from the company. When he came across the little hopeless street kitten, he reached out to help despite the little he had.

Daniel brought the kitten back from the brink, and the kitty returned the favor by becoming his most faithful friend.

It's been a few months since their paths crossed. Daniel continues to take great care of his cat and show him off as his crown jewel. 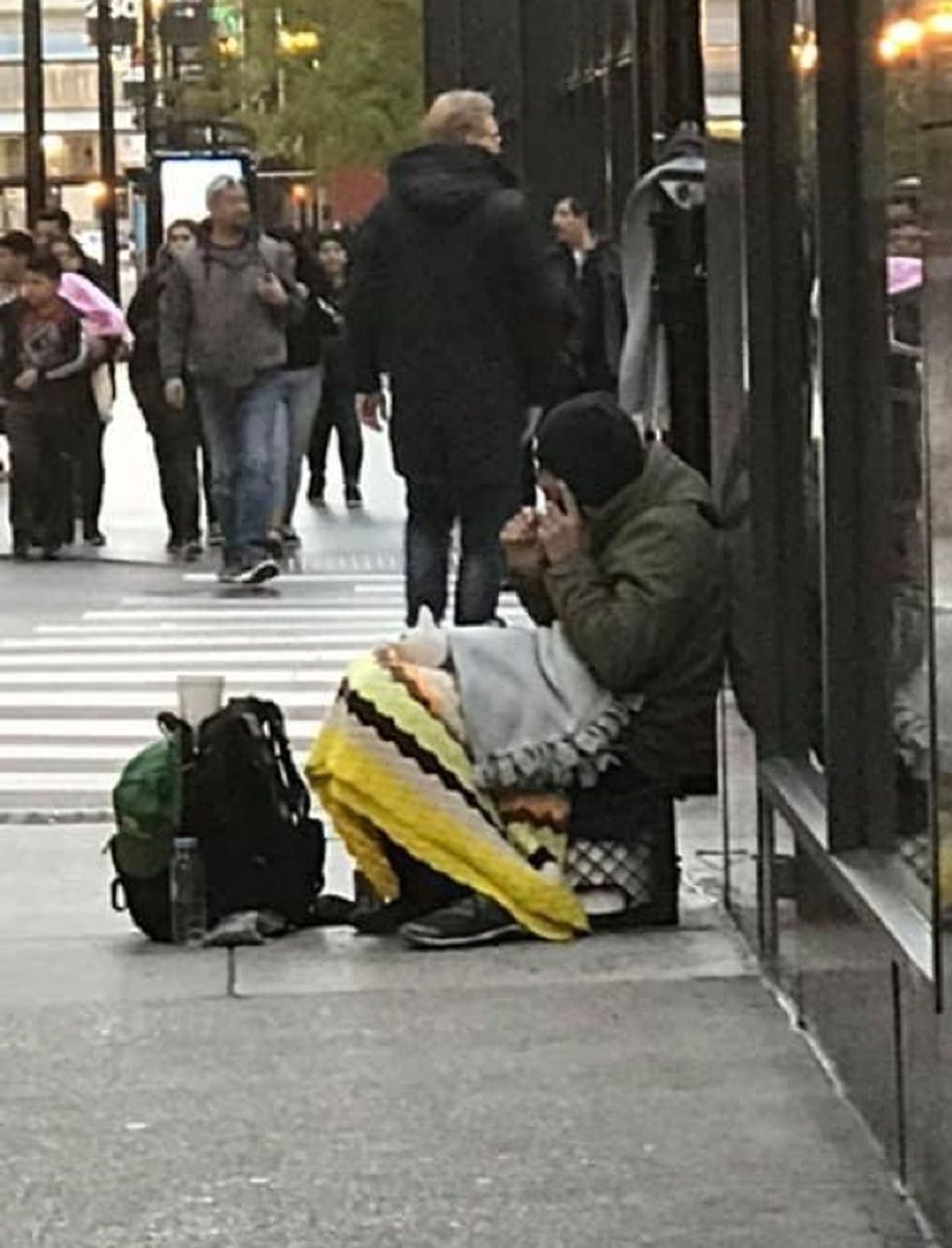 When Elizabeth came back later that night to give Casper some food, she offered Daniel a job at Safe Haven Pet Sanctuary — a nonprofit cat rescue and sanctuary in Green Bay, Wisconsin.

"Daniel clearly loves cats, and he's very good at caring for them. He's exactly the type of person we like to have working at Safe Haven," Elizabeth told Love Meow. "If this homeless man found a way to be responsible by vaccinating and neutering his kitten, there is no excuse for the folks (who) don't even try." 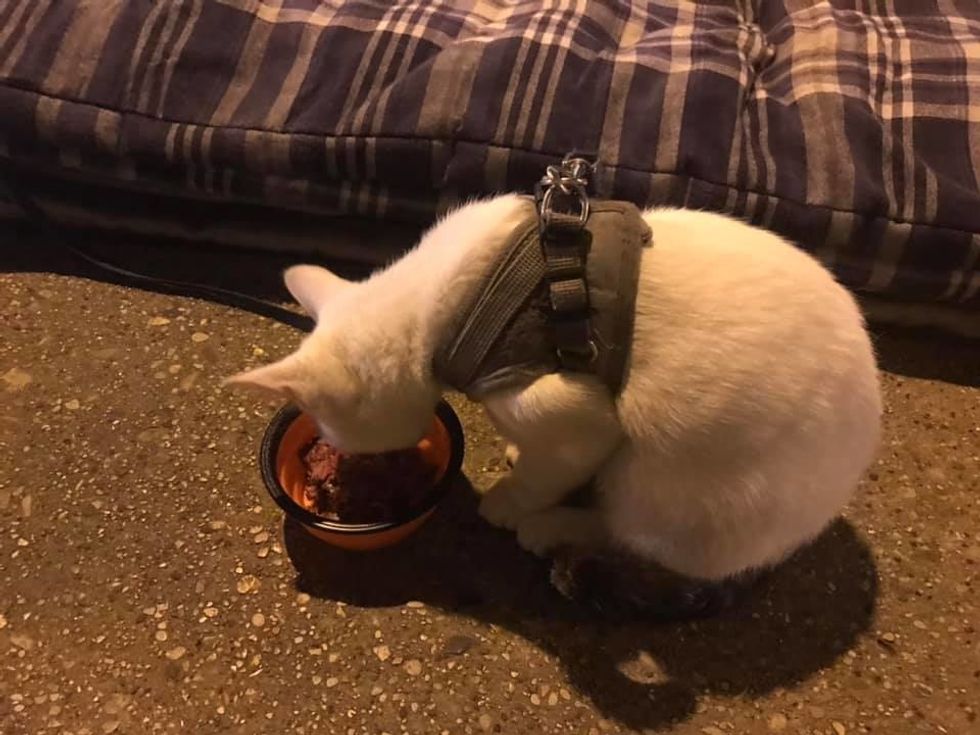 "I hope he accepts my offer and gives us a call so we can find Daniel and Casper a job and a home before winter hits, either way I wish him the best. I think he'll get back on his feet, because he's very intelligent, well-spoken, and resourceful."

Before Elizabeth left the city, she shared the story on Facebook and was able to gather $200 from people who heard his story. "I gave it to him before I left. I hope that if he ever needs anything he'll call." 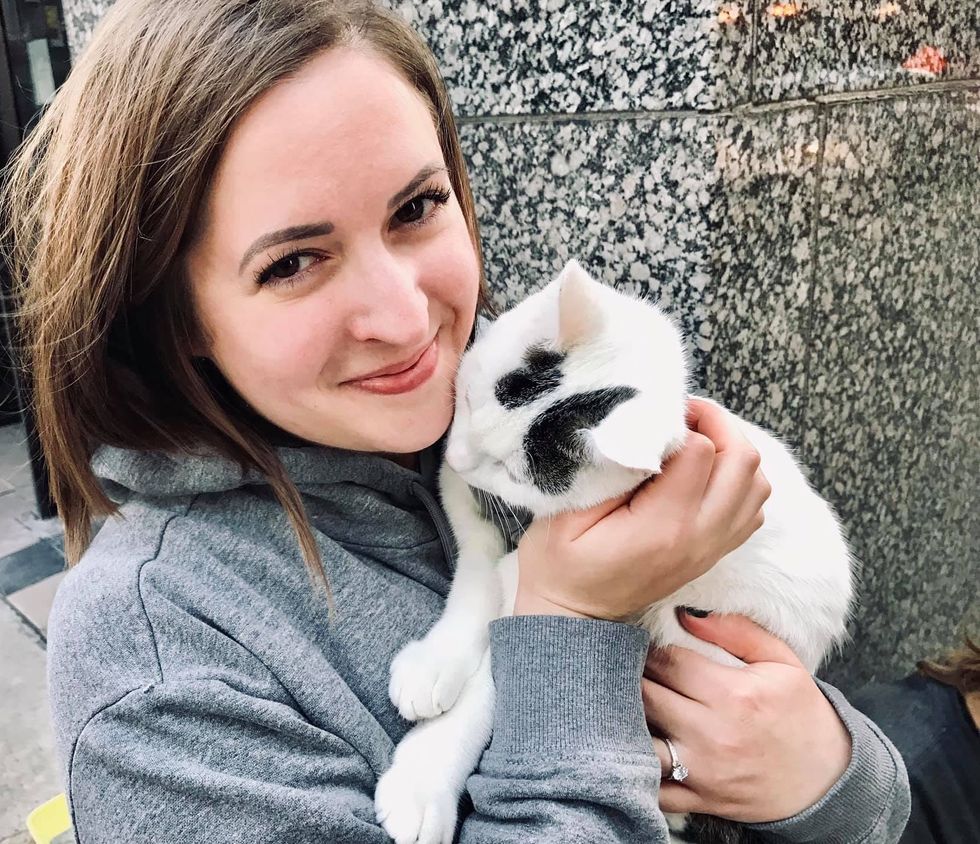