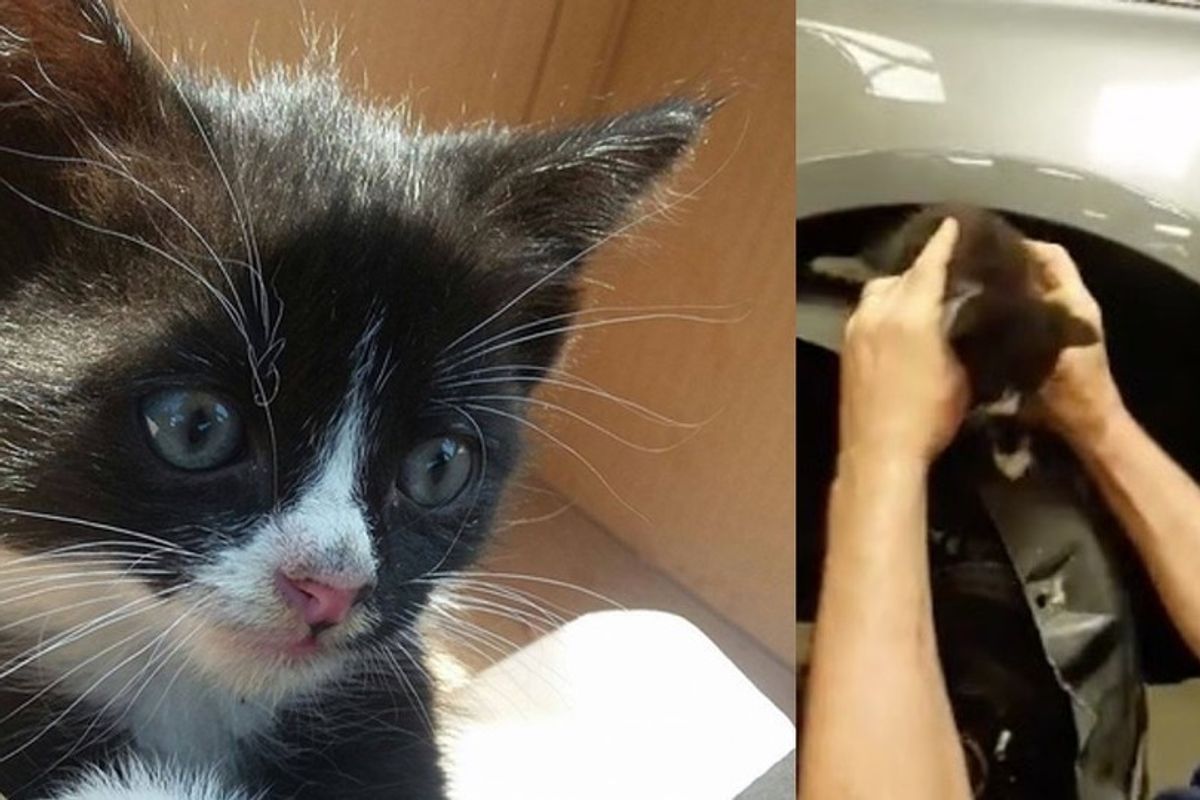 Kitten Saved by Mechanics, One of Them Couldn't Say No

A woman heard meowing from her car and couldn't find anything, but the cry kept coming back, so she brought her car to West Broad Hyundai, hoping the mechanics there could help her find the little mystery kitty. 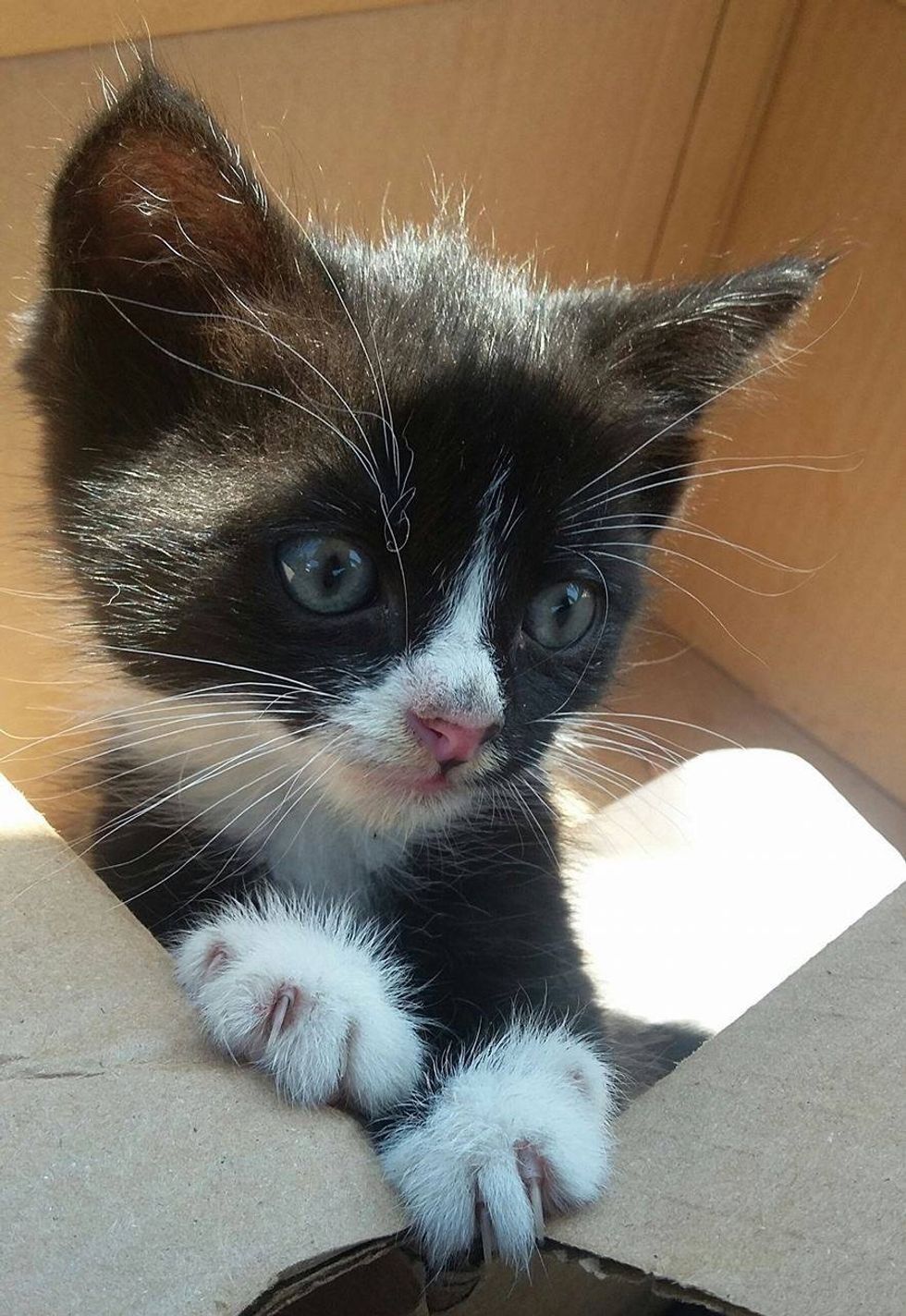 "We hear the meow again but sounds like it's in the fender or bumper area... So another tech takes the car and pulls it into shop and we put it on the lift."

They looked around the car and finally located the cat's whereabouts.

"He's in the passenger side Fender Liner up behind the wheel ducked down. Bubba takes (the) car apart more to get to him and Bob pulls him out." 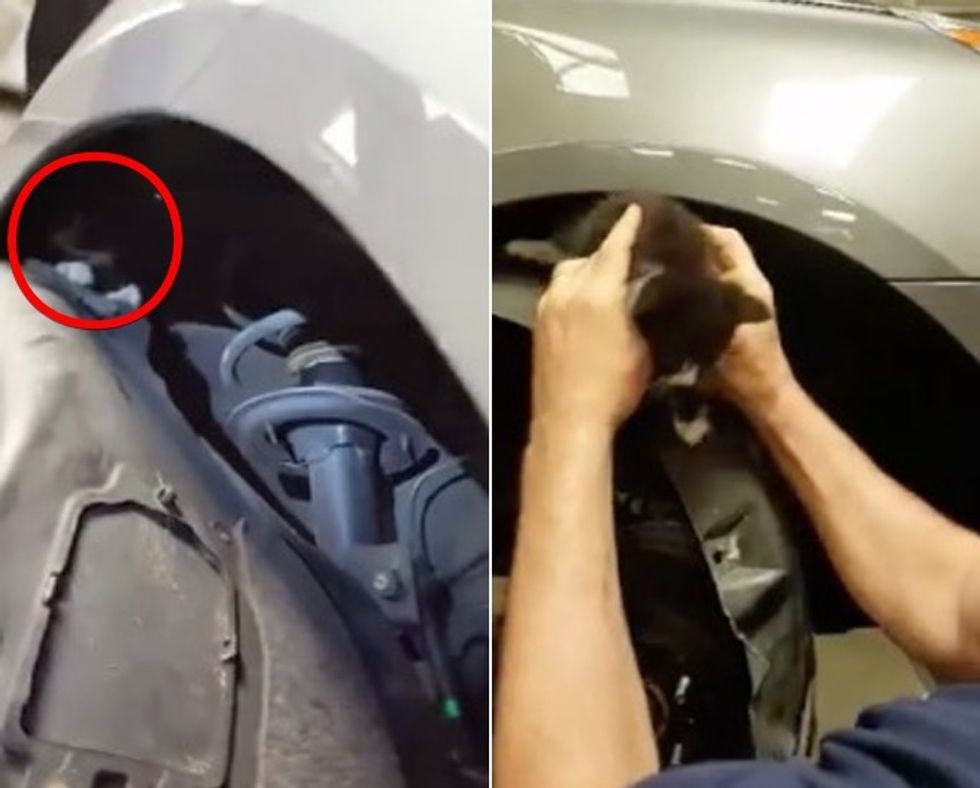 John Newman, one of the mechanics, offered the little kitten some food right after they safely pulled him out of the car.

Now the kitty needed a home.

"They asked the owner of the car first but she couldn't because she has four cats already," Tiffany Vermillion-Newman, John's wife, told Love Meow.

"Then everyone was asking each other and it was my husband's turn and he said 'Yes of course!' and called me and came home within 15 minutes. We both went to Petsmart to buy kitty stuff."

When John held the kitty in his hands, he fell in love, and just couldn't say no. 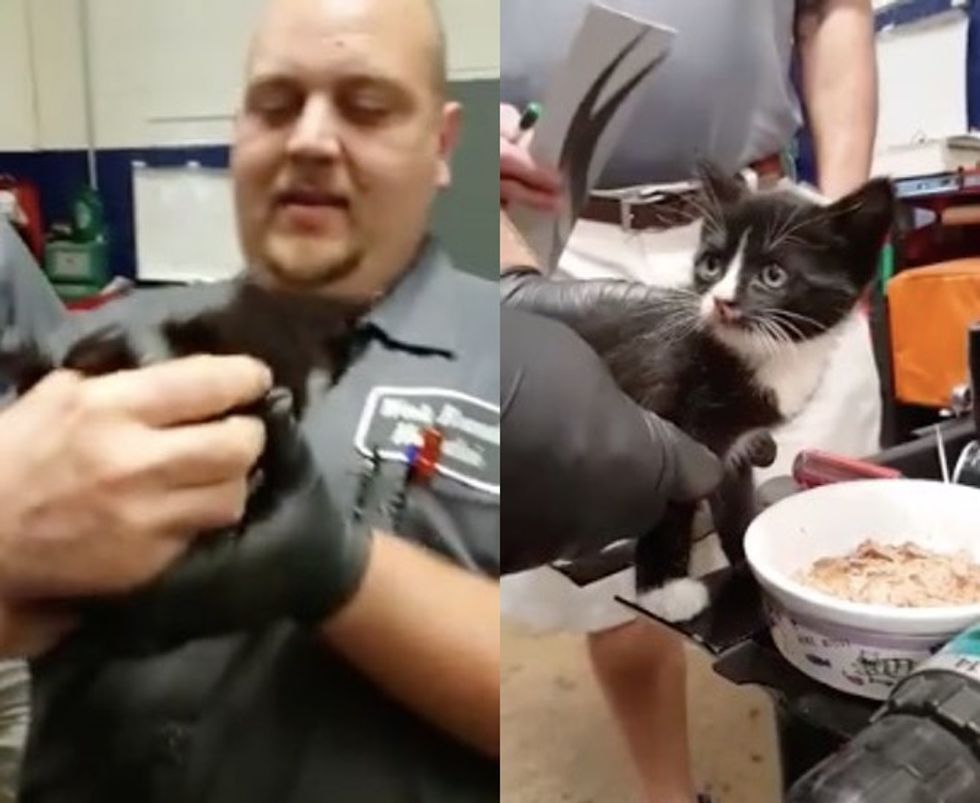 This is Sonata on his way to his forever home! 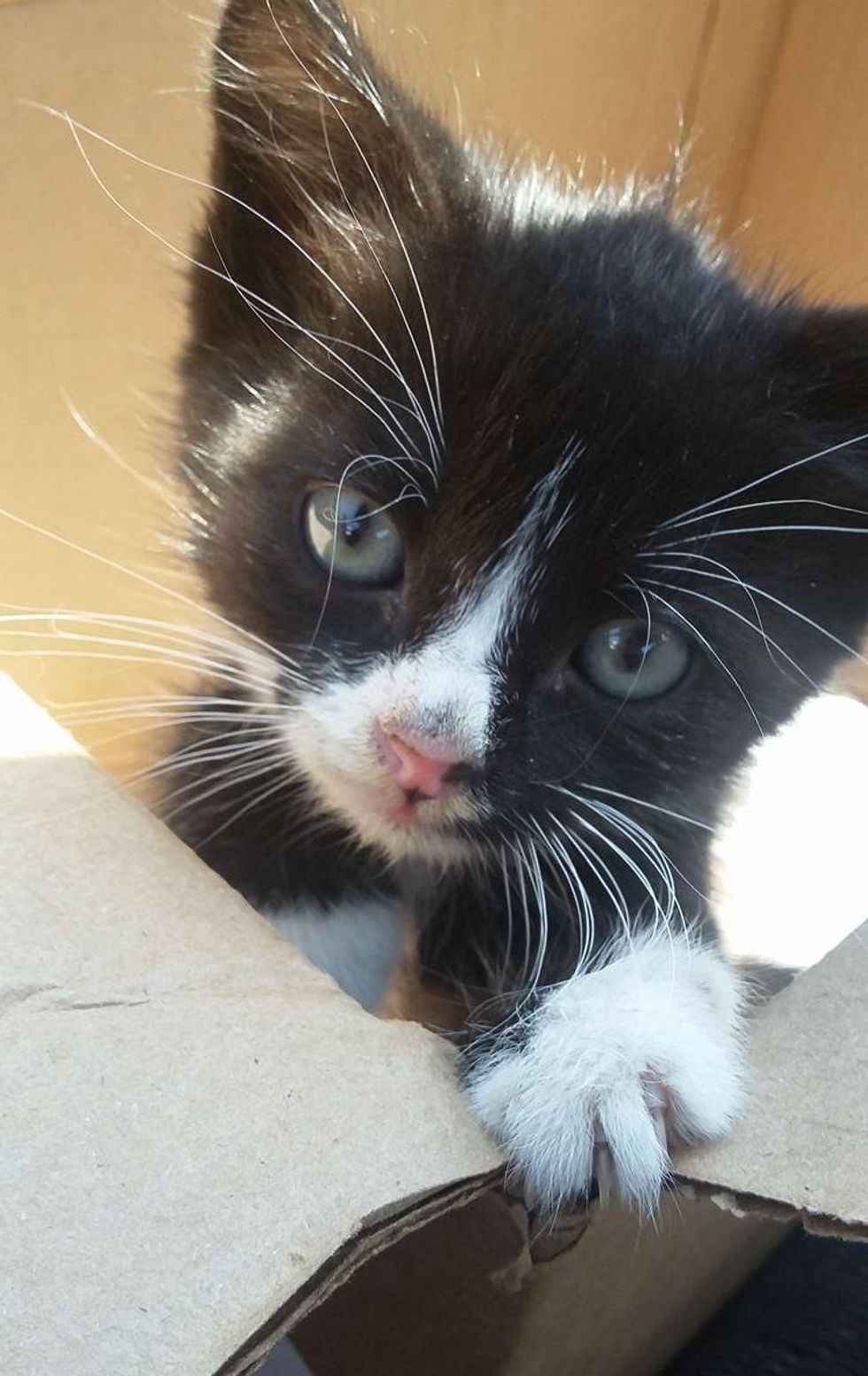 When the kitty first arrived in his new home, he walked around the house, and then found a hiding spot under the couch. Tiffany sat on the floor next to the couch, within a few minutes, the kitten popped his head out and just walked right up to her.

"He came up, crawled in my lap and went to sleep," Tiffany told Love Meow. 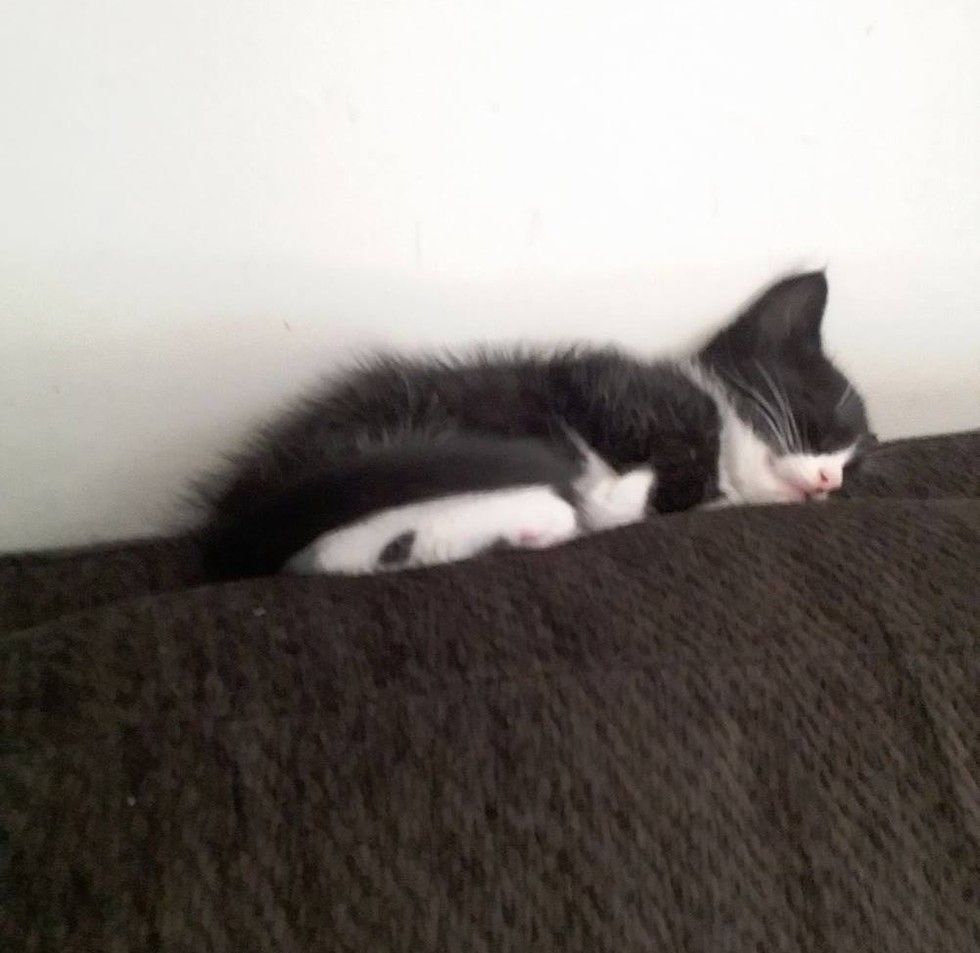 "Sonata is doing great and he's such a blast to have."

What surprised the family the most is the bond that has formed between their son and the kitty. 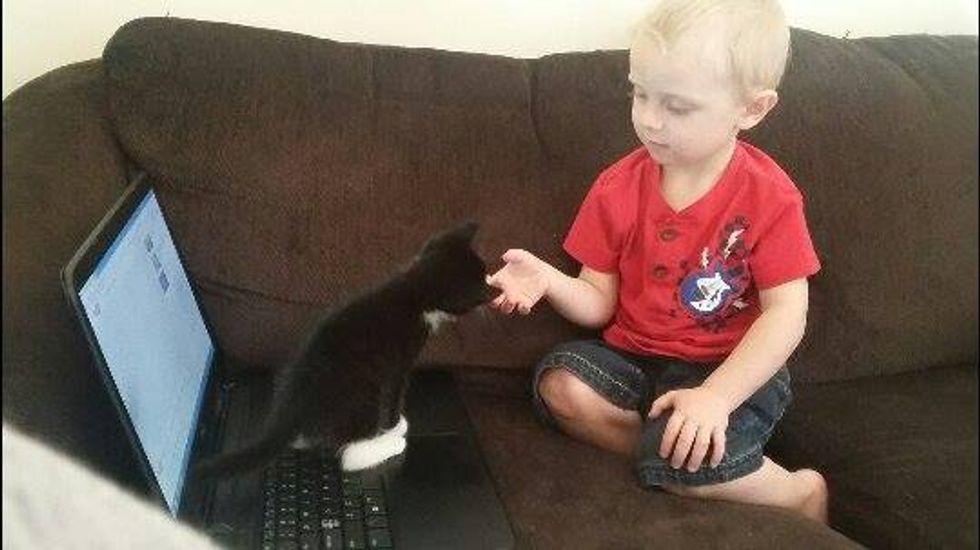 They are already inseparable.

Sonata can't get enough of attention and cuddles from his little human brother. 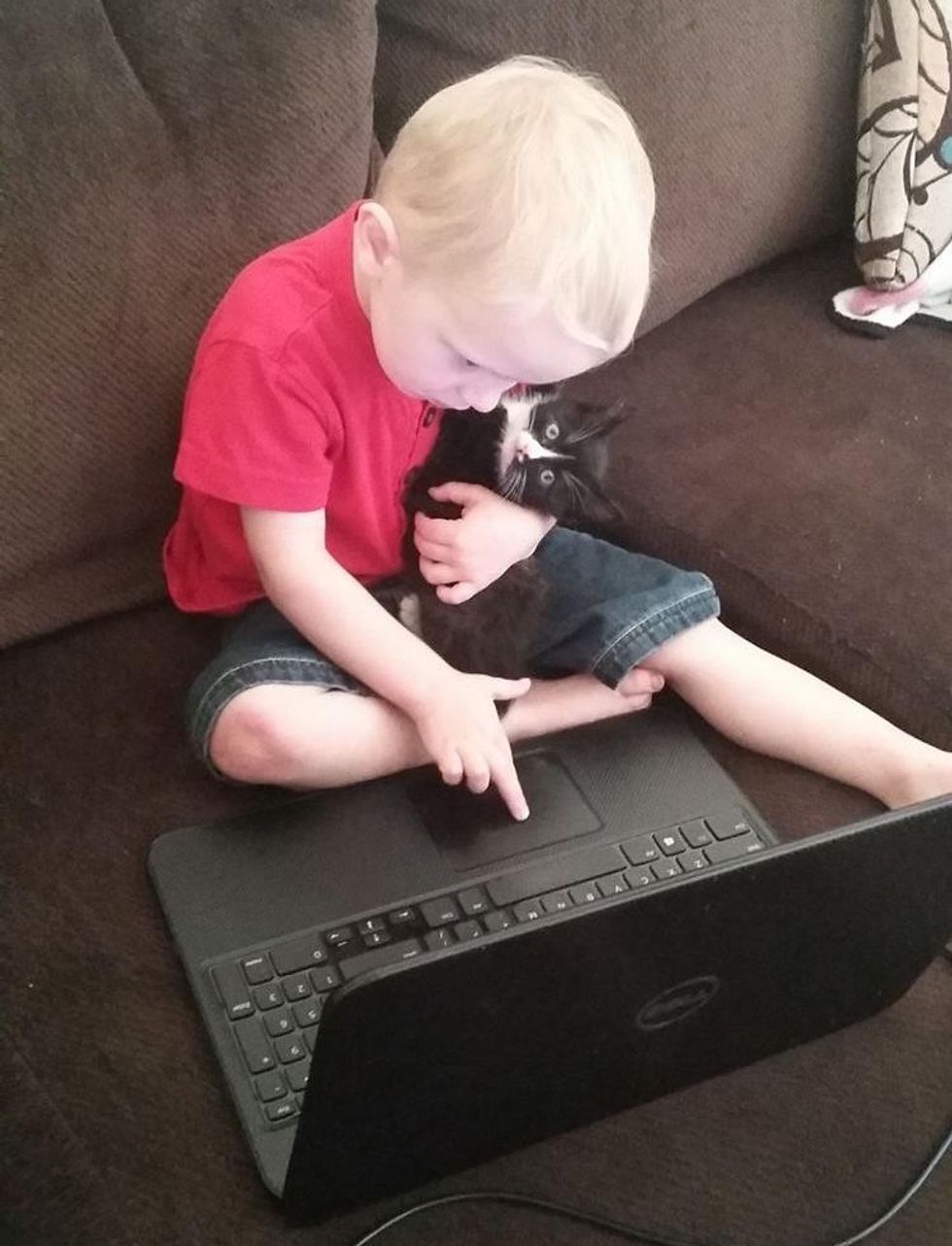 He fell asleep in his arms. 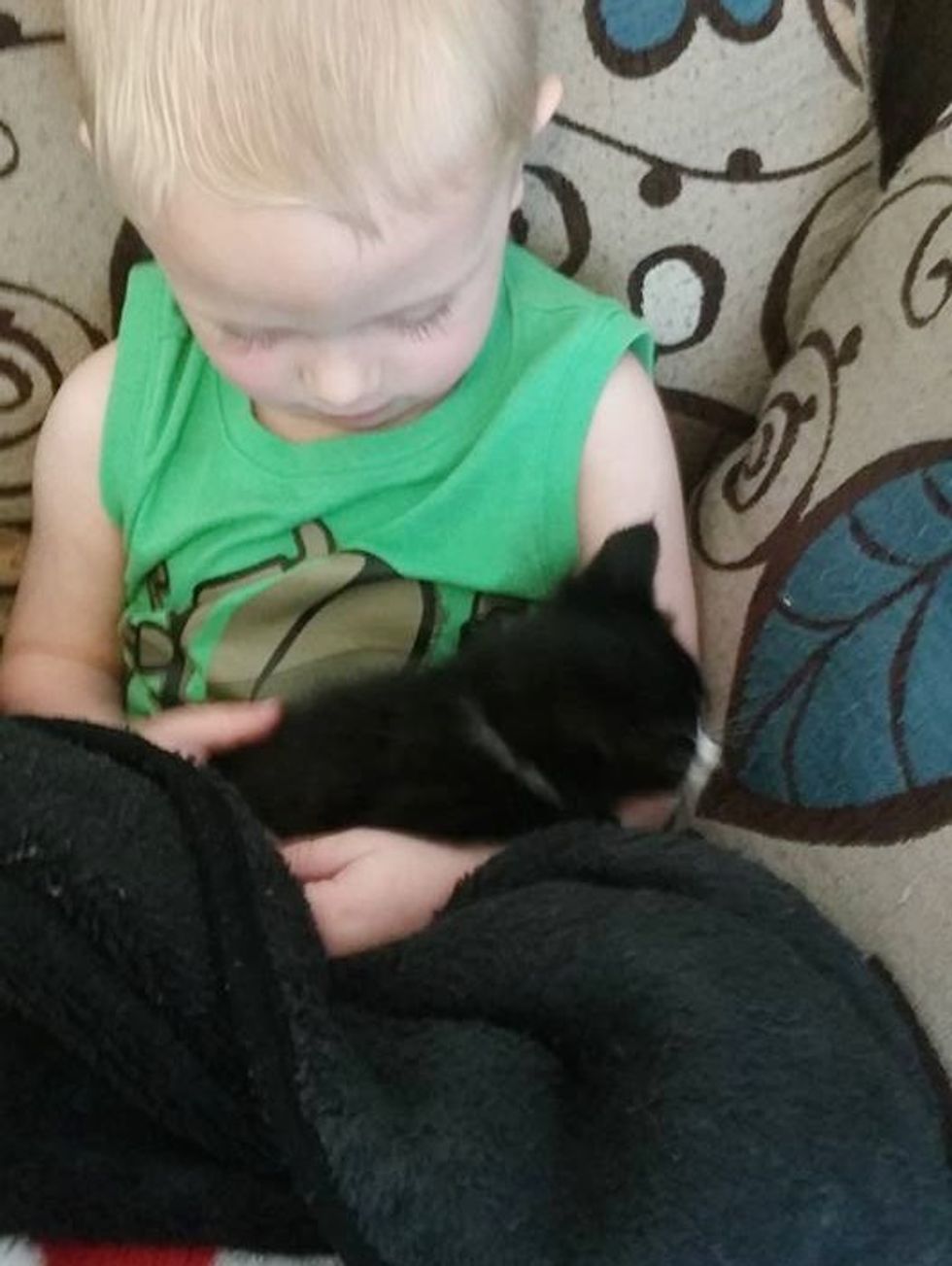 Here's another kitty that sneaked into a car and saved by mechanics.