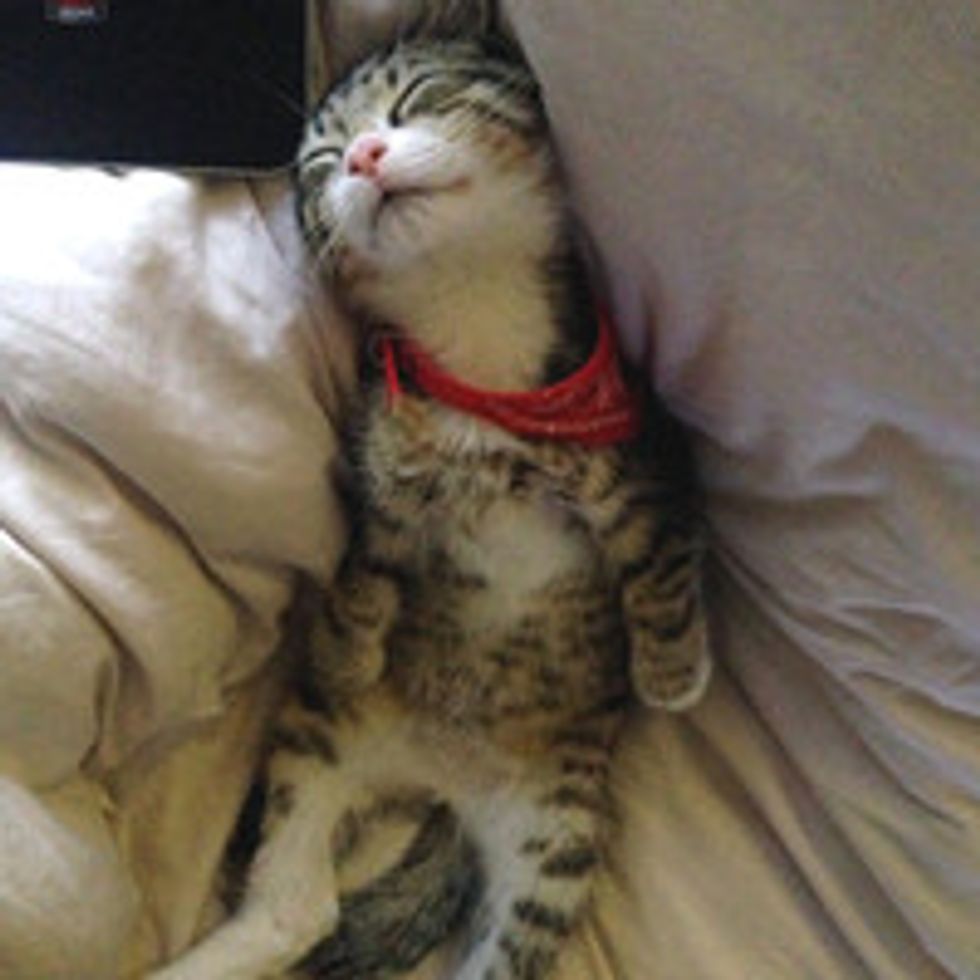 They drove 3 hours to pick up a little kitty from a shelter as he was about to be put down due to sickness stunting his growth. Meet Tourè. He's fitting in at his new home just fine.

"Yup he's perfect! His mother was a colony cat and transmitted cat flu to him when he was just a baby. His body spent so much time trying to fight being sick, he didn't grow as big as he should have and he ended up being tiny. No one wanted him so he was known as a 'clearance kitty' and was going to be condemned. We are so pleased with him, he hasn't stopped purring since he got home," reddit user ohhurrow wrote.

"The catch was we had to sign a waiver saying that if he became sick and died upon arriving home that they were not liable. Which I would imagine is off putting to potential owners. I am a veterinary nurse so I was prepared to deal with the recovery and costs if he was to fall ill again but thankfully everything's going great."

Tourè is about half the size of other cats his age and they are hoping for a growth spurt for the little guy. "He's 4 months now and he is about the size of a 2 month old…. He weighs just under 2 pounds, we're hoping to fatten him up a little."

He was saved from a shelter before he was about to be put down due to illness stunting his growth. The little guy is fitting in at his new home just fine.

They named him Tourè, just 4 months old, but the size of a 2 month old kitten. This is him and his little stuffed tiger.