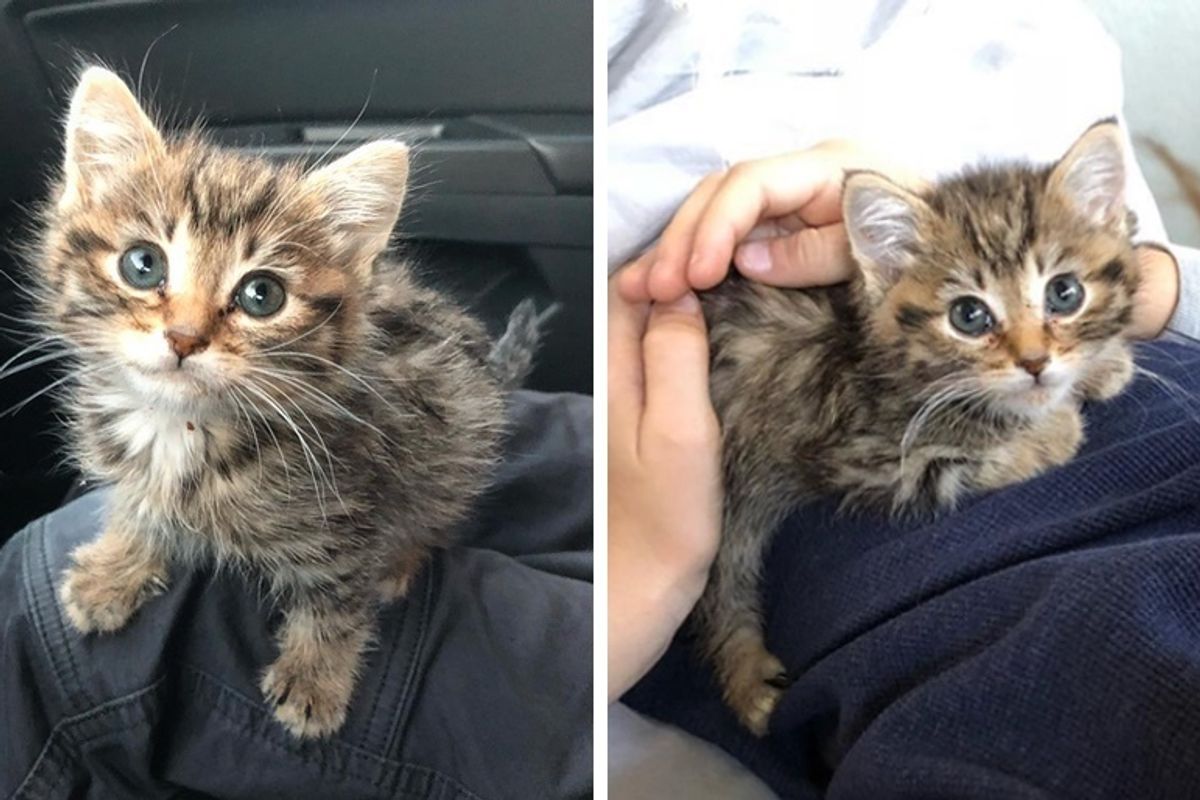 A little scrawny kitten was given a new lease on life when a family took him home and nursed him back to health. 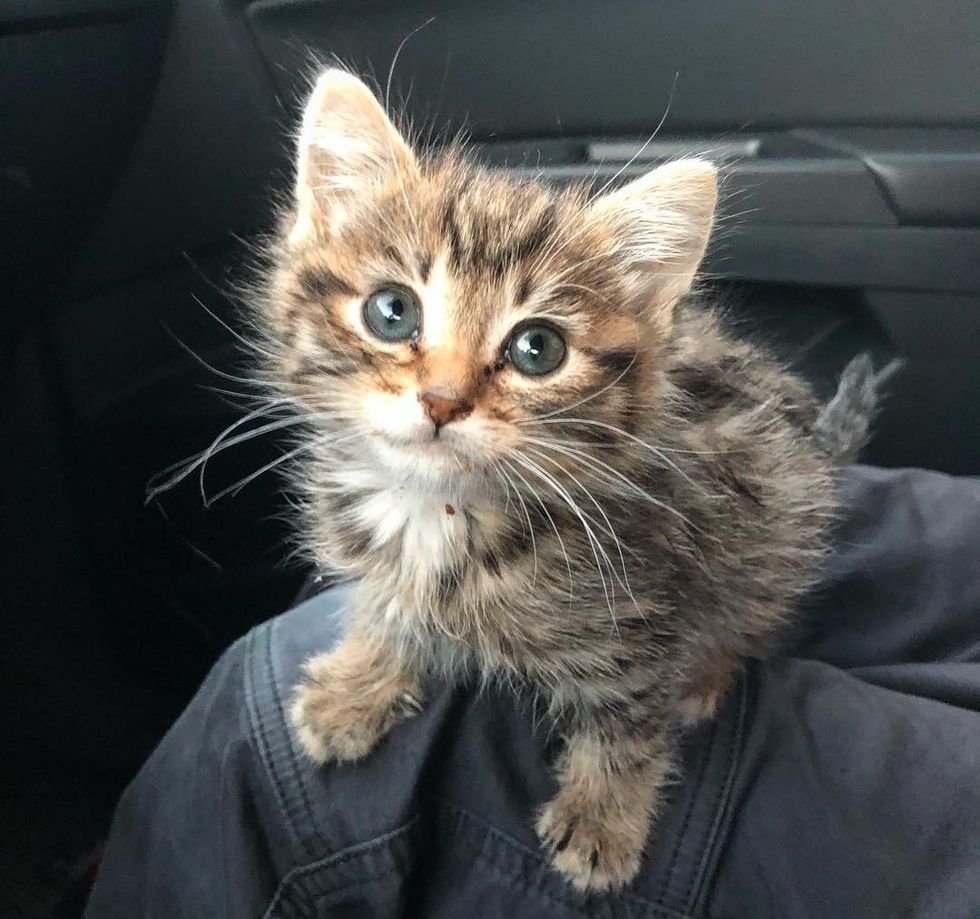 Puck the kitten and his brother were brought in to North Central Animal Shelter in Los Angels after they were picked up as strays. They were both in poor shape, and Puck's brother sadly lost his fight.

The Rescue Team, a local rescue group, took Puck into their care and transported him to a foster home so he could get a chance at a better life. "He was underweight, lethargic and severely anemic due to being completely covered in fleas," Sarah, a foster volunteer of the rescue, told Love Meow.

Sarah and her 11-year-old son, Remy, worked together to nurse the little guy back from the brink. 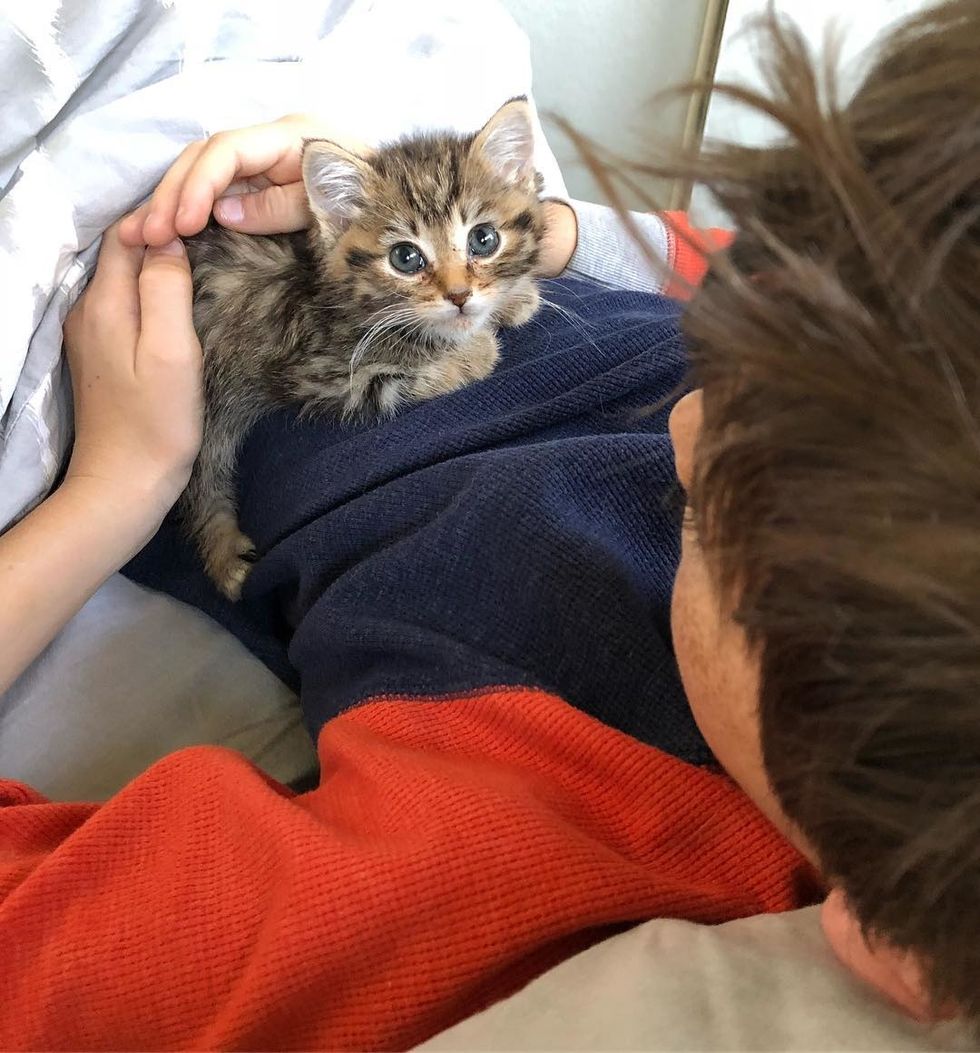 The tabby boy was just skin and bones and too weak to eat on his own. The mother and son team kept him hydrated with fluids and syringe-fed him every few hours.

After 48 hours of round-the-clock care, little Puck bounced back. 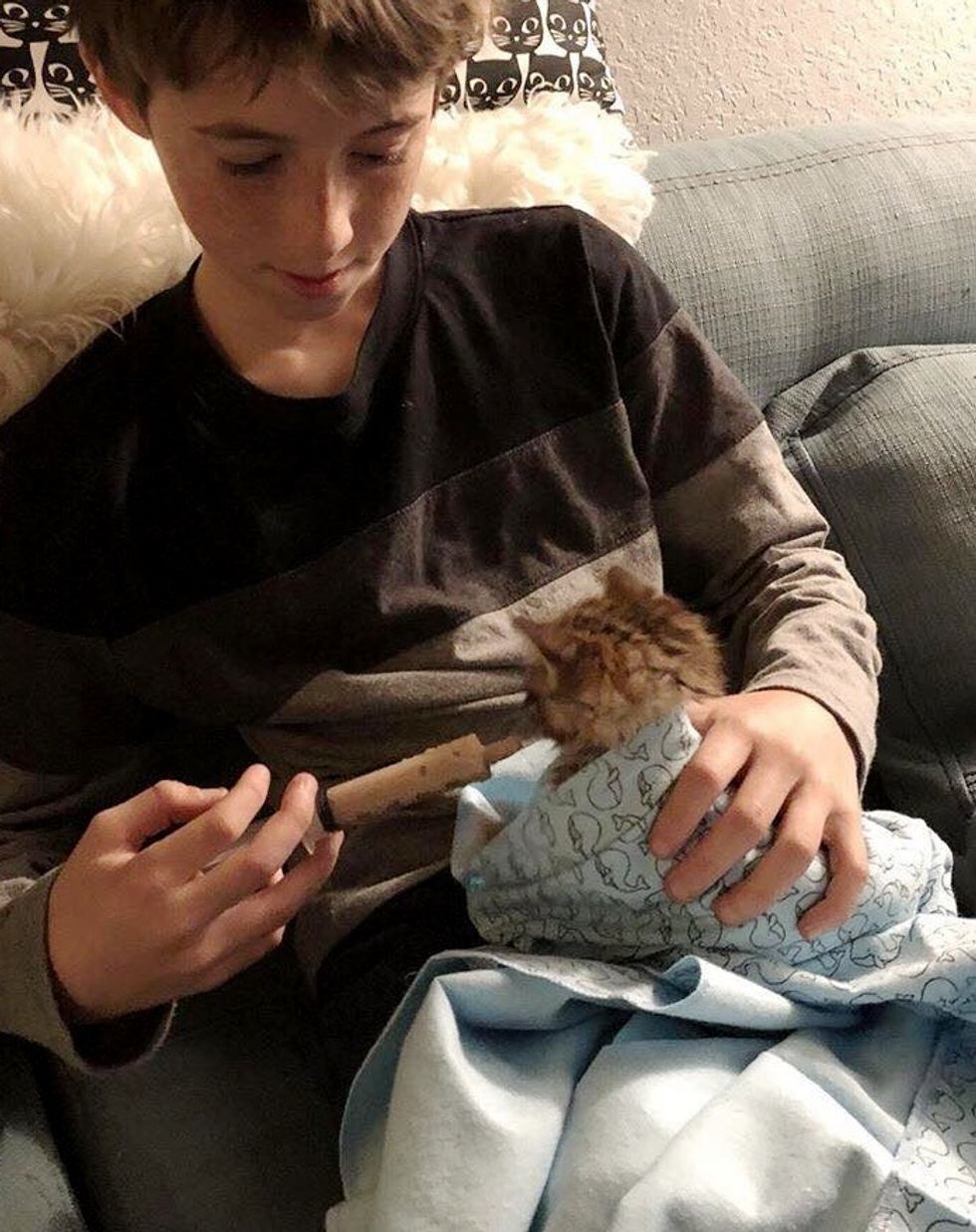 "He ate a little out of my hand and drank a little bowl of KMR (Kitten Milk Replacer) all on his own. He was also showing a lot more energy and signs of playfulness."

A few days later, Puck was back on his paws, walked right up to his food bowl and started chowing down on his meal all by himself. 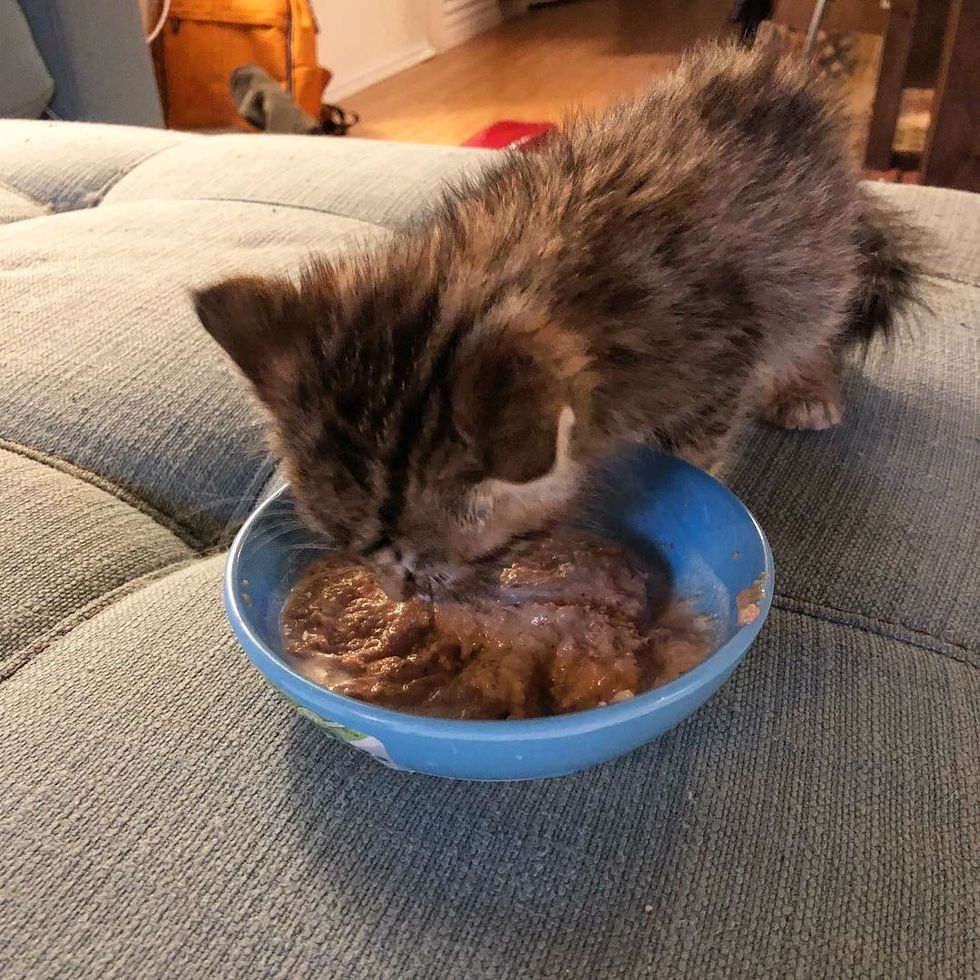 With his new-found energy, Puck began to gravitate toward his foster family and follow them around the house, cuddling, purring and playing. 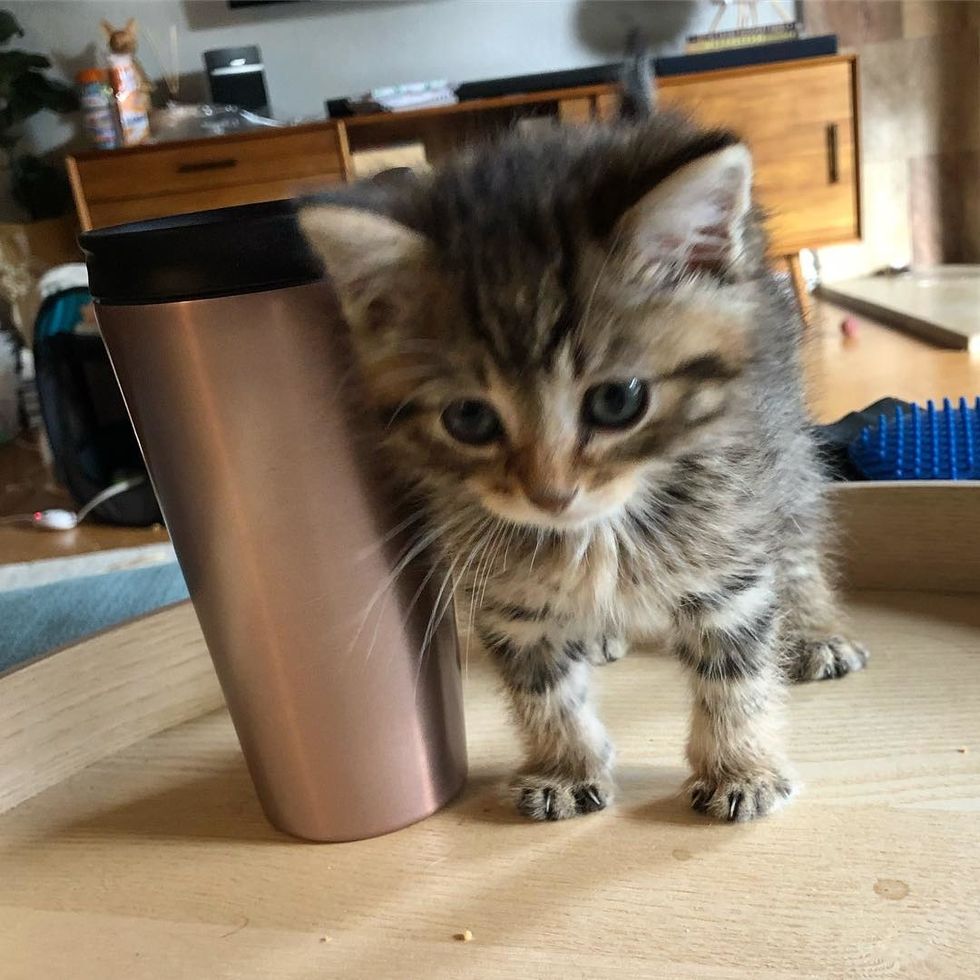 He asked for more cuddle sessions as he got bigger and stronger. Soon, he figured out his favorite napping spot - a warm lap.

Every time he tries to do his homework, the little tabby comes running to offer some "help." 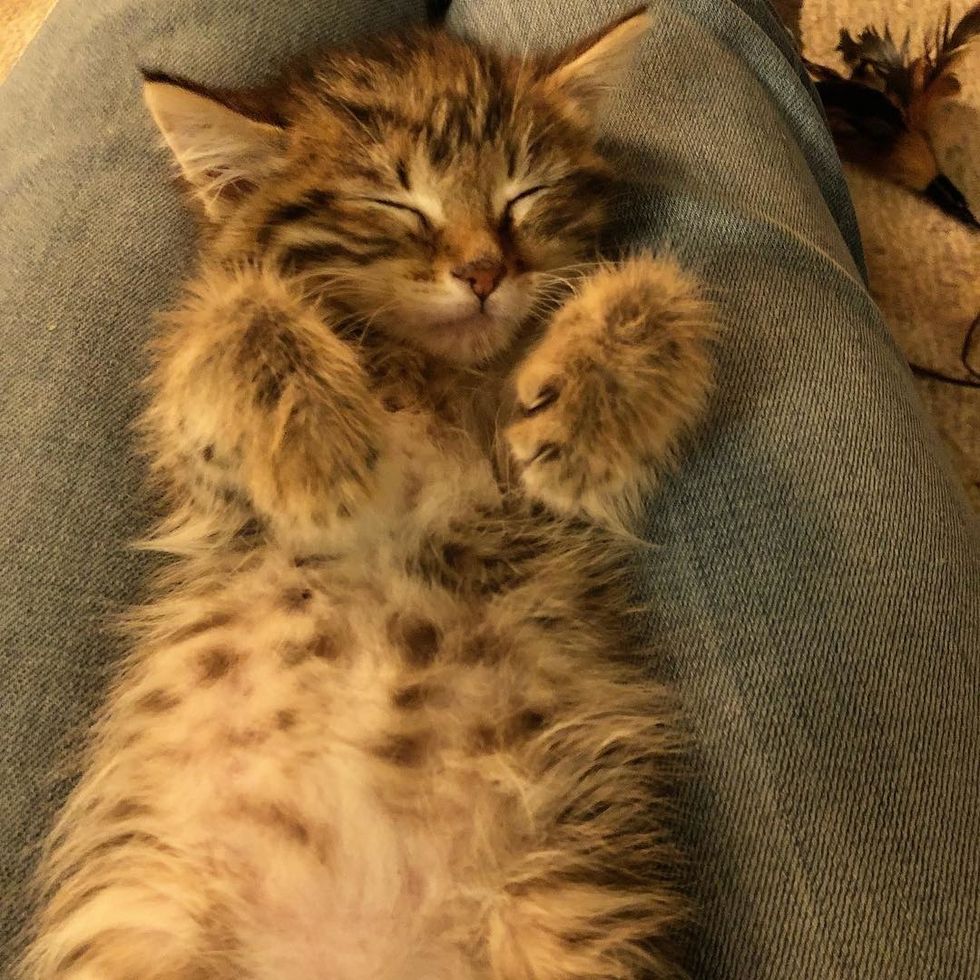 The tabby has really blossomed in foster care.

He's gone from that scrawny, sick kitty to now a pudgy, playful love-bug. 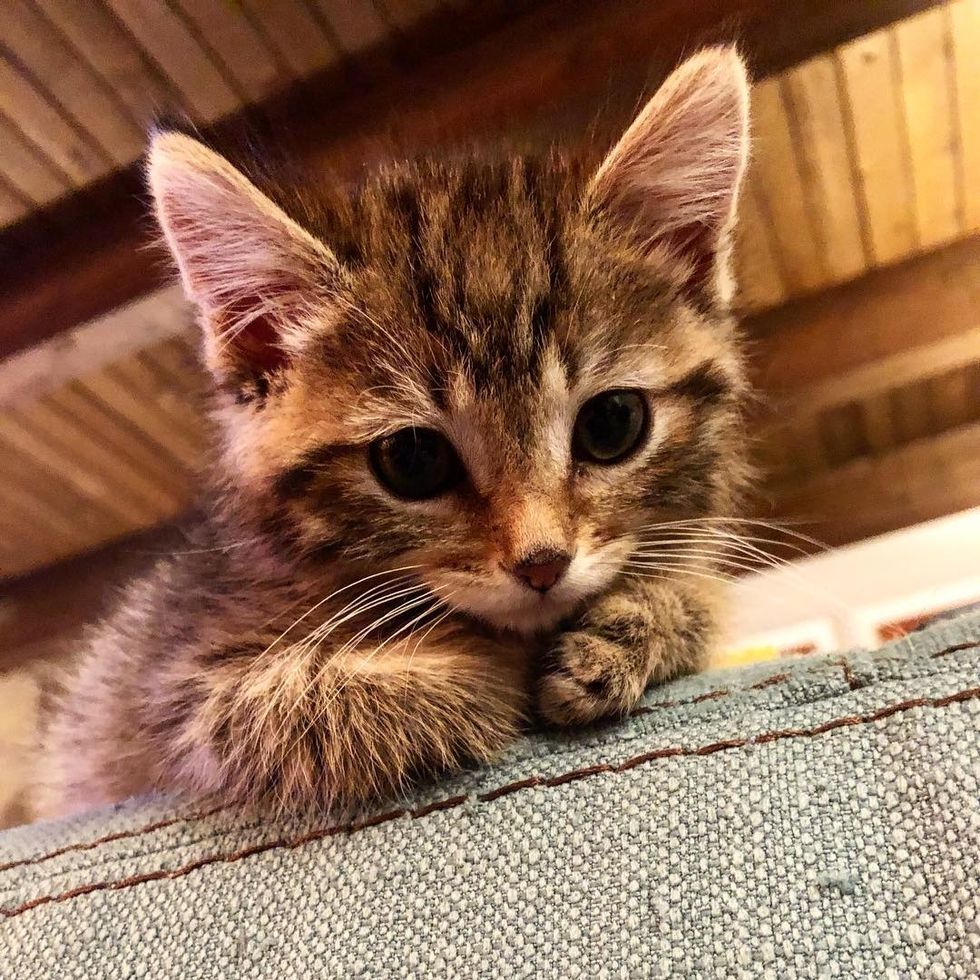 Remy has a soft spot for kitties in need. Whenever Puck wants cuddles, he's always there to offer them.

Little Puck is now ready for his next chapter of life - a forever loving home. 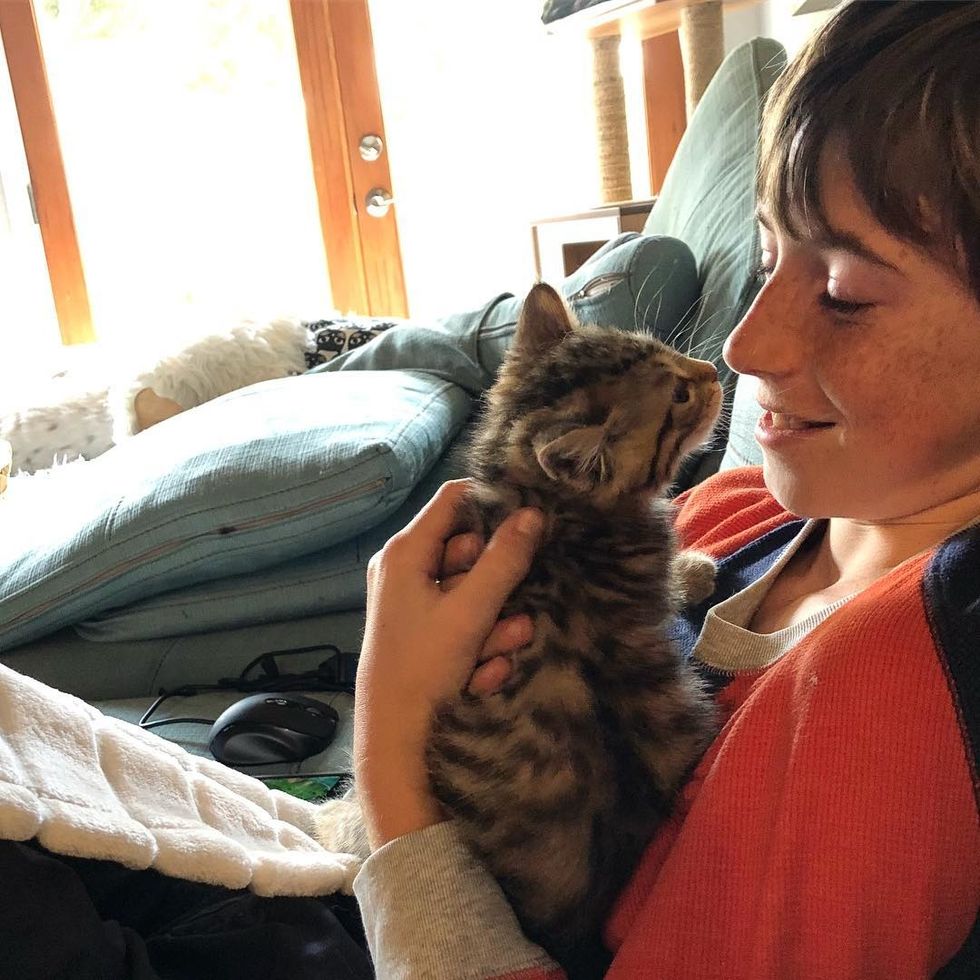 They gave the kitty a second chance at life, and he turned into an adorable cuddle-bug, showering everyone with affection and purrs. 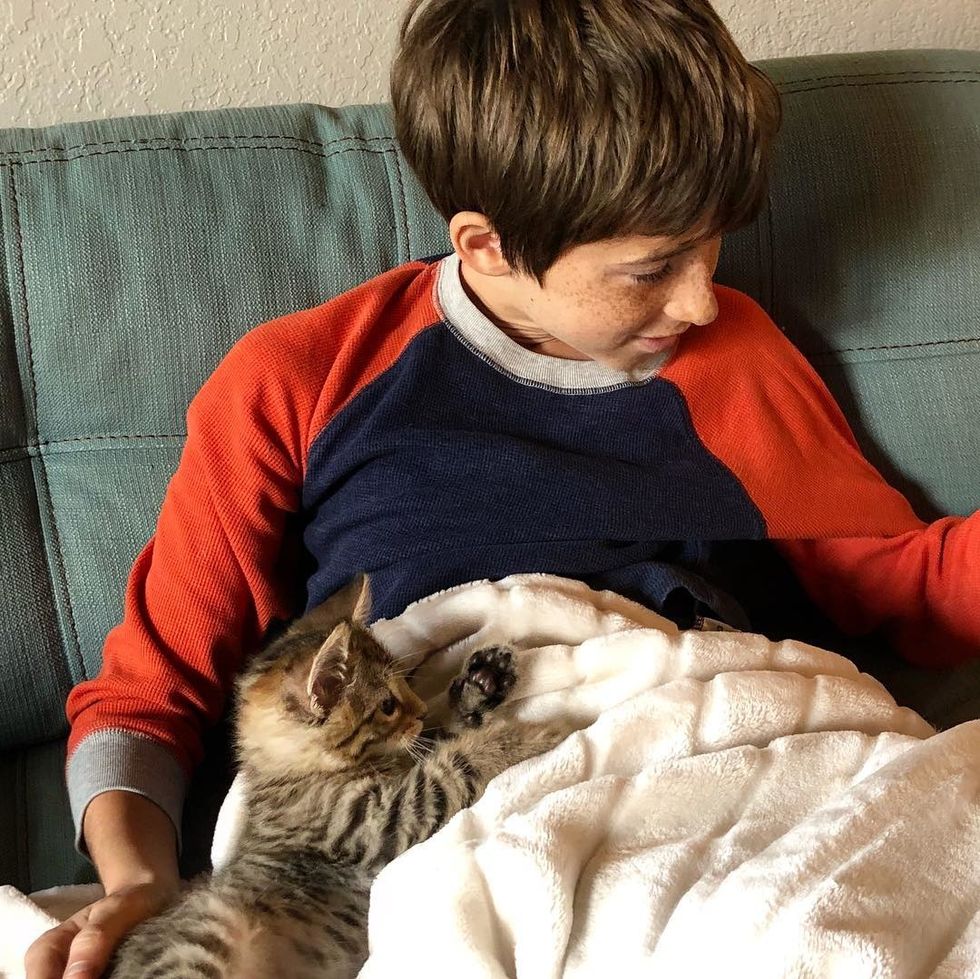