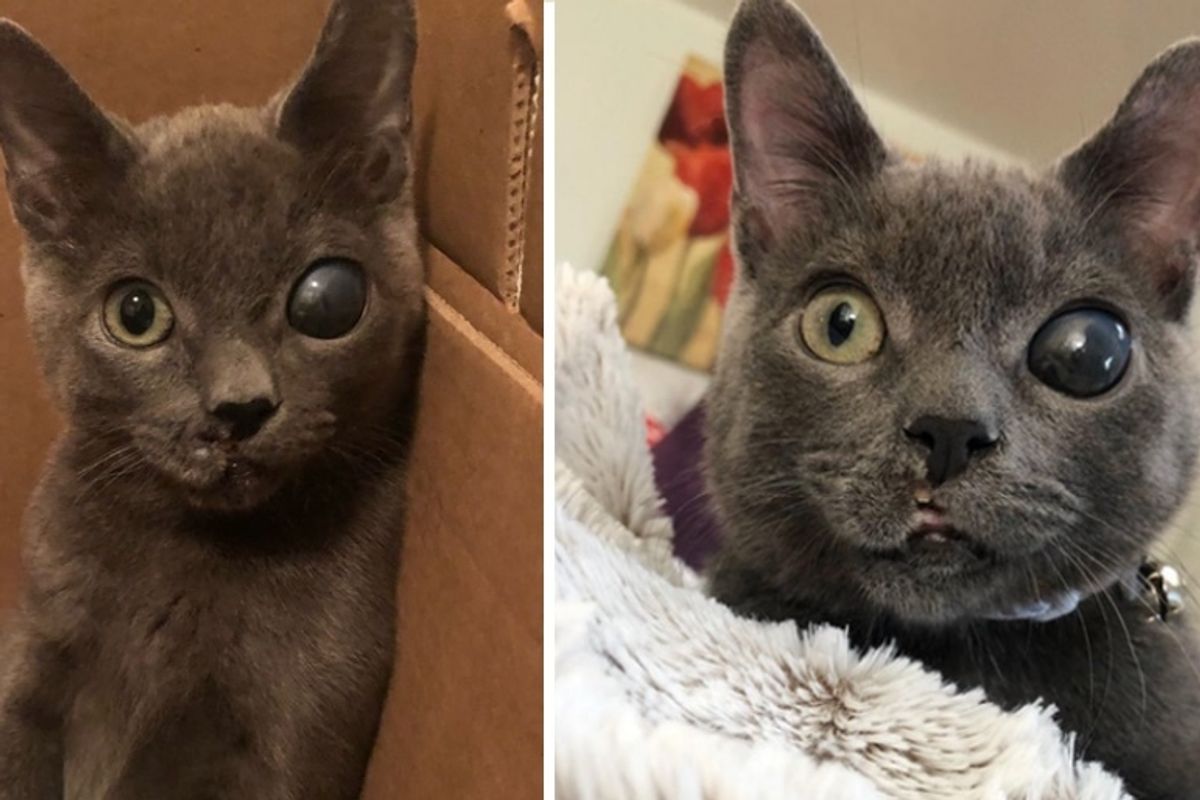 A kitten with a cleft lip had a rough beginning to life. Despite having a broken body, all he wanted was a special someone who would love and treasure him and help him heal. 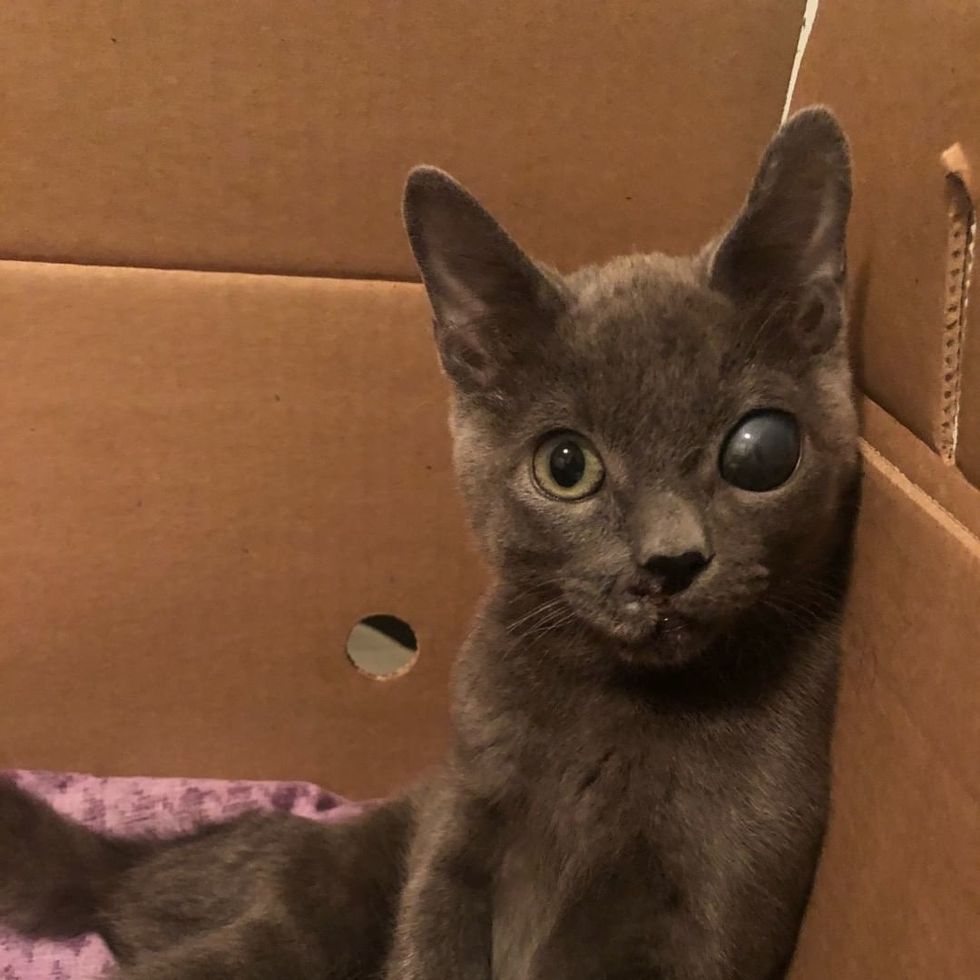 Wolfie the kitten was taken into a shelter in Massachusetts after he was found on the street at 10 weeks old. He was frail and covered in scars from abuse and neglect. The kitten was born with a cleft lip. He couldn't see through one eye, had chipped teeth and broken hips.

Tara Kay, founder of The Odd Cat Sanctuary, rescued him from the shelter. When she picked him up, Wolfie immediately reached out to her from the box, begging for pets and face rubs. He purred nonstop throughout his ride to the sanctuary.

"I thought he was just so special," Tara told Love Meow. "He is the most precious soul who has endured the most awful things on the streets." 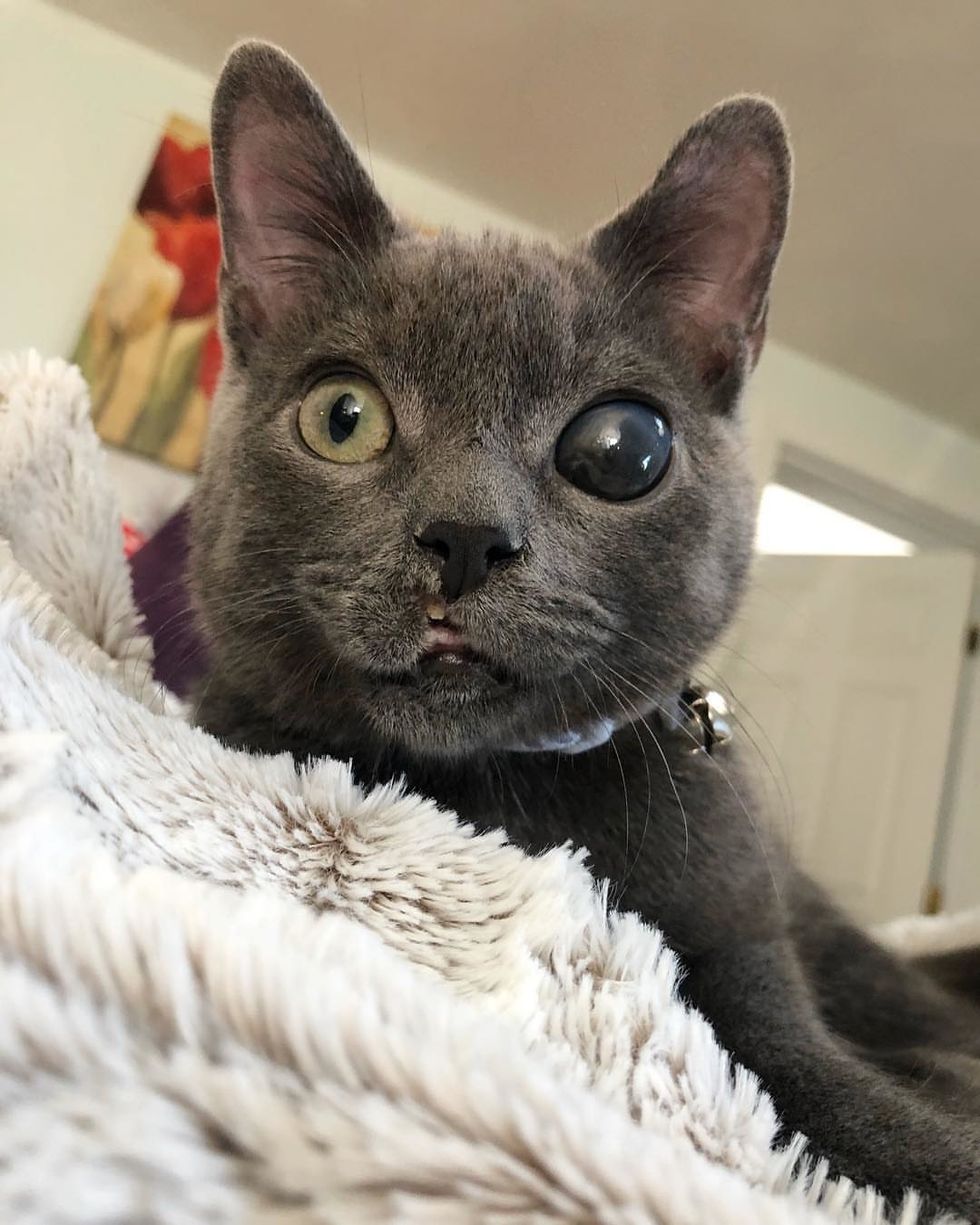 Despite all the challenges he was up against, Wolfie has an amazing will to live. After having to fight for his food all his life, he was so glad to have his own bowl of all-you-can-eat buffet. His purrs reverberated in the room.

Whenever he gets a chance, he will sneak a hug or wrap his paws around Tara for a wholesome embrace. "He will squeeze tighter and doesn't want to let go. He deserves the best life." 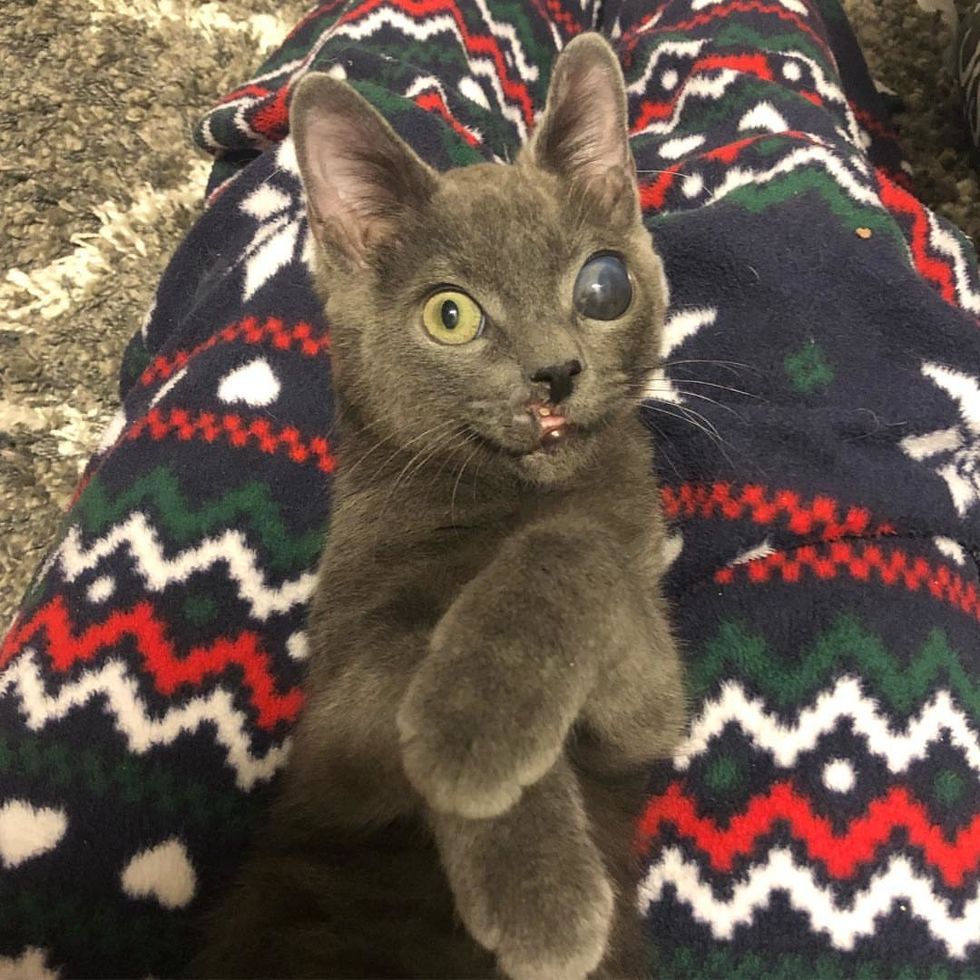 Wolfie began his long road to recovery, and first, he would see an Ophthalmologist for his blind eye.

"His bad eye was shifted from the impact of the trauma and he has glaucoma in the good eye, but nothing needs to be done for that eye at this time," Tara said. 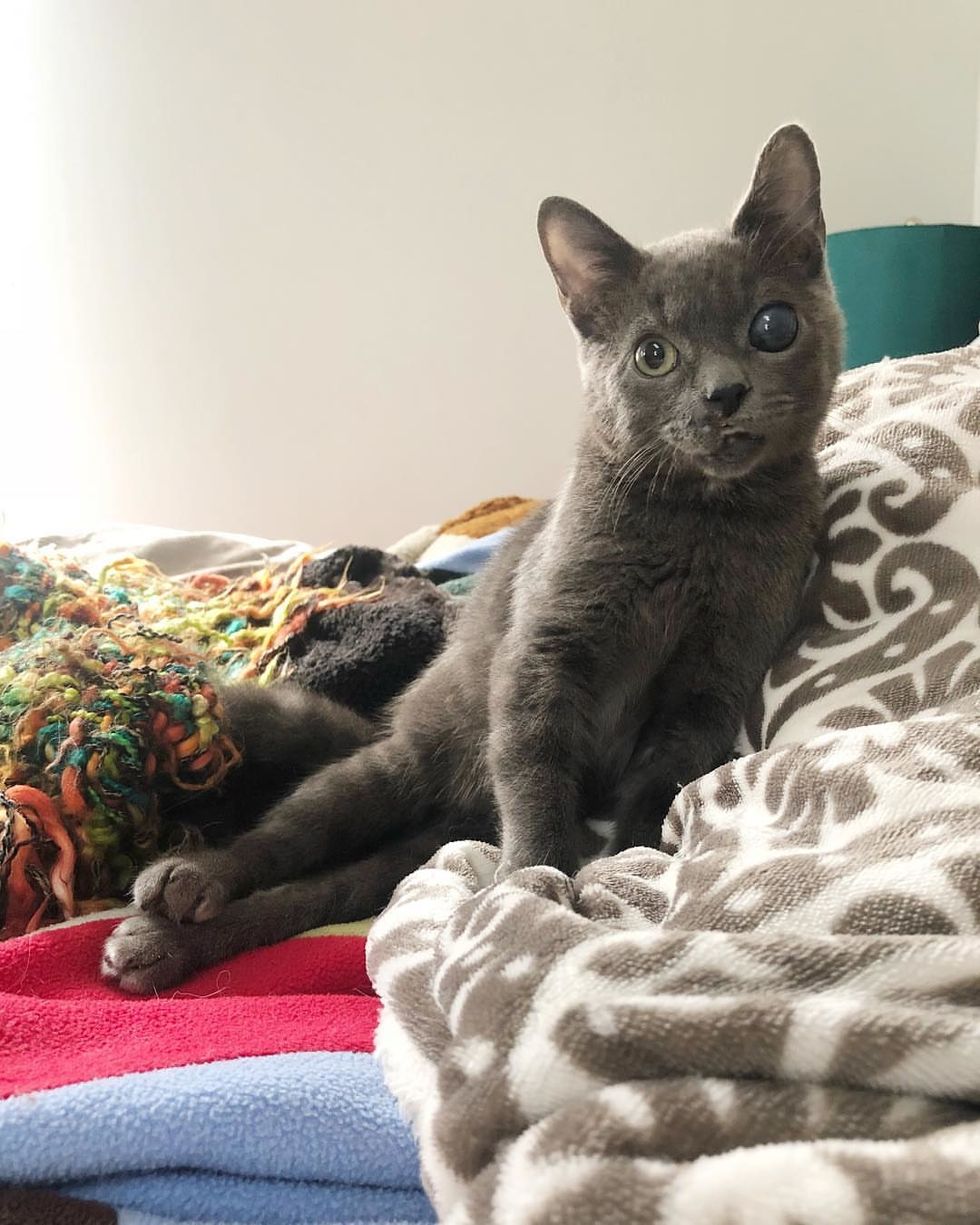 The brave kitty was scheduled to have an enucleation to have the bad eye removed, but nothing could phase him.

He continued to play with all his might, purr up a storm and indulge in constant cuddle sessions with Tara. 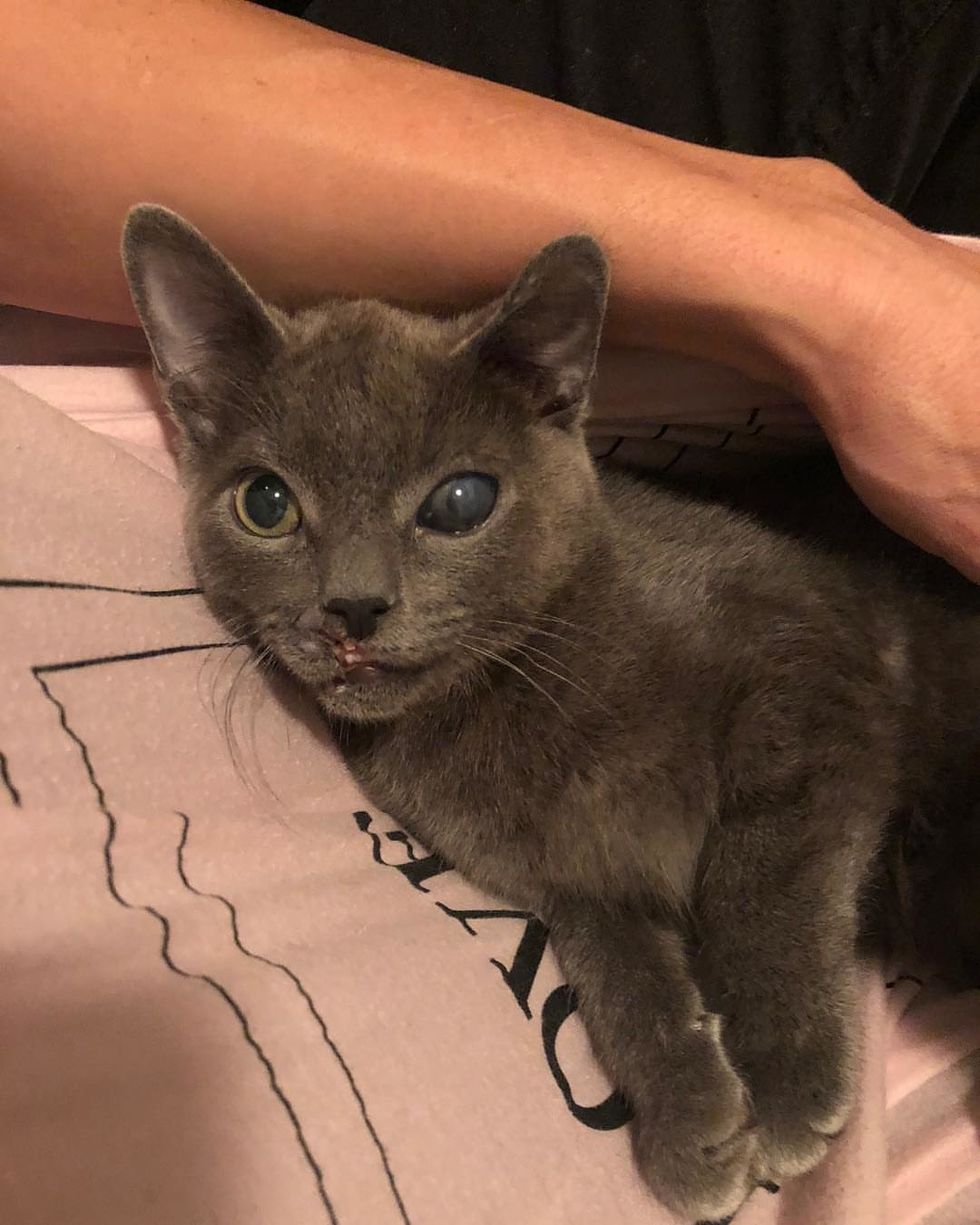 Incredibly, despite what he had endured, Wolfie never complained. He's been a beam of light to everyone he meets.

He seems to only see the bright side of things and rolls around on his back without a care in the world. 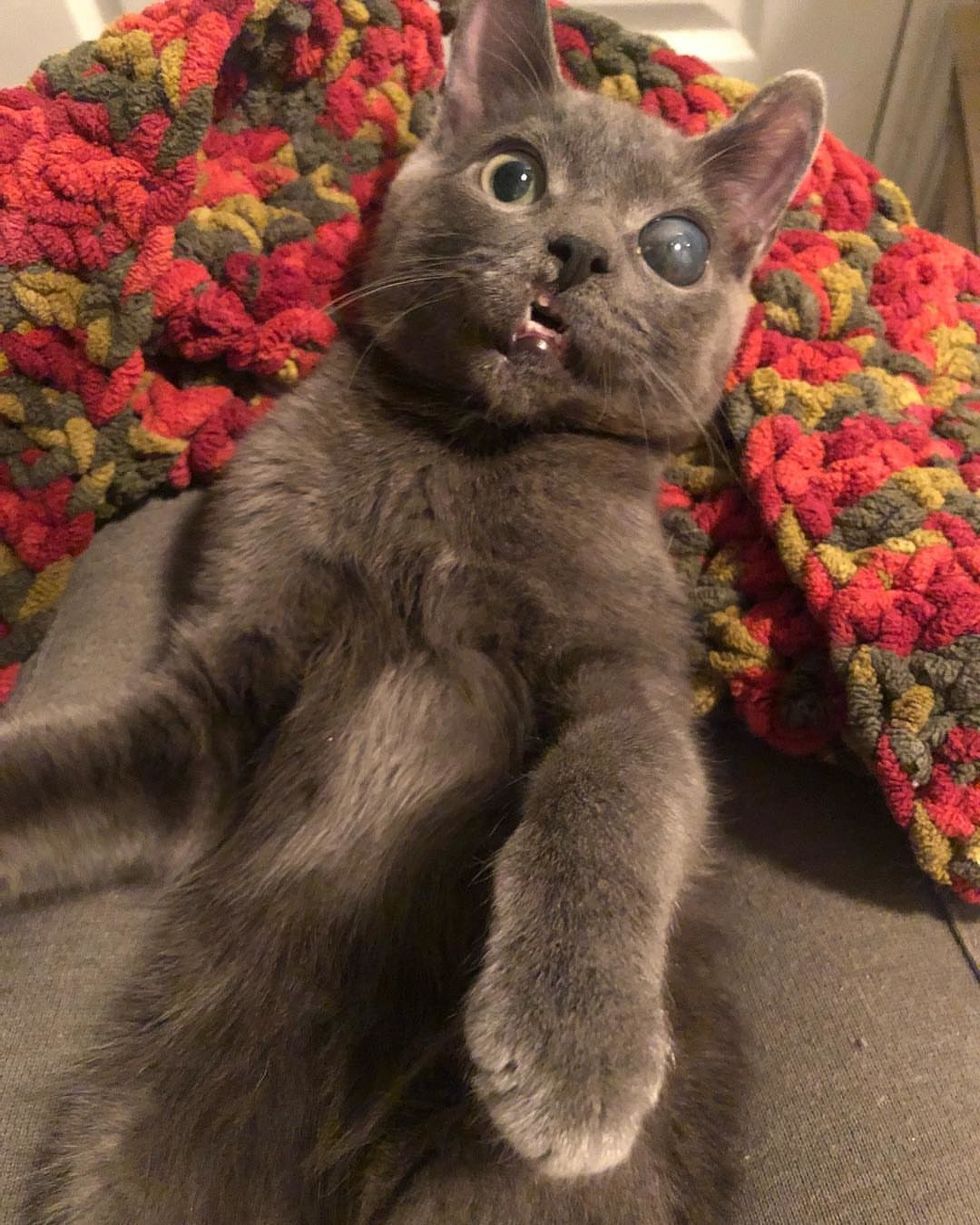 Right after surgery, he was already purring in the recovery room. When he was discharged from the hospital, he went right back into his play mode.

Wolfie doesn't take a break from having fun. 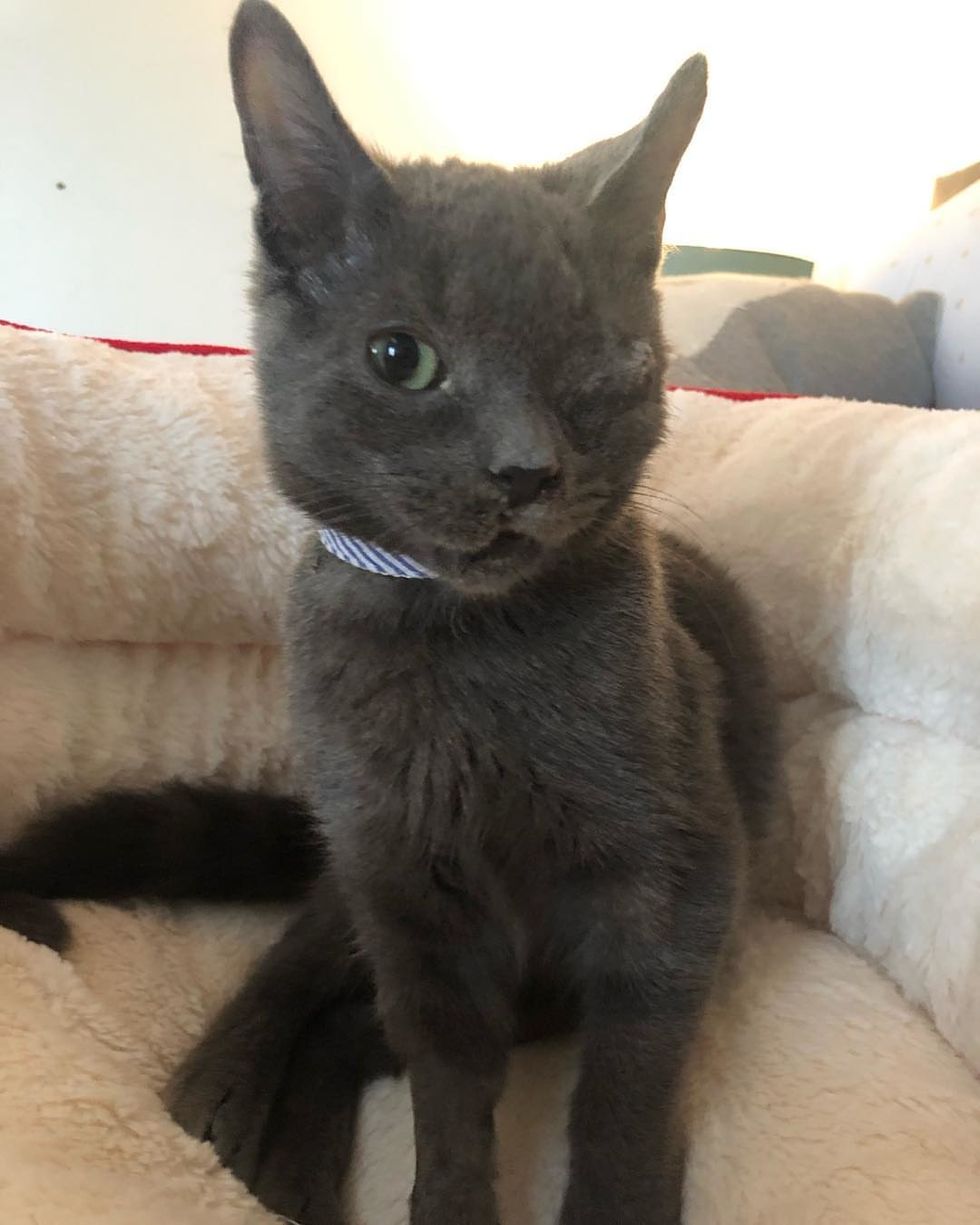 His eye healed up nicely in just a few days. The little guy is extremely resilient. His hips have gotten stronger over the past few weeks. For now, no surgery is needed.

Wolfie now walks with a distinct swag, but it doesn't hinder him from running, playing or jumping. There's no stopping him! 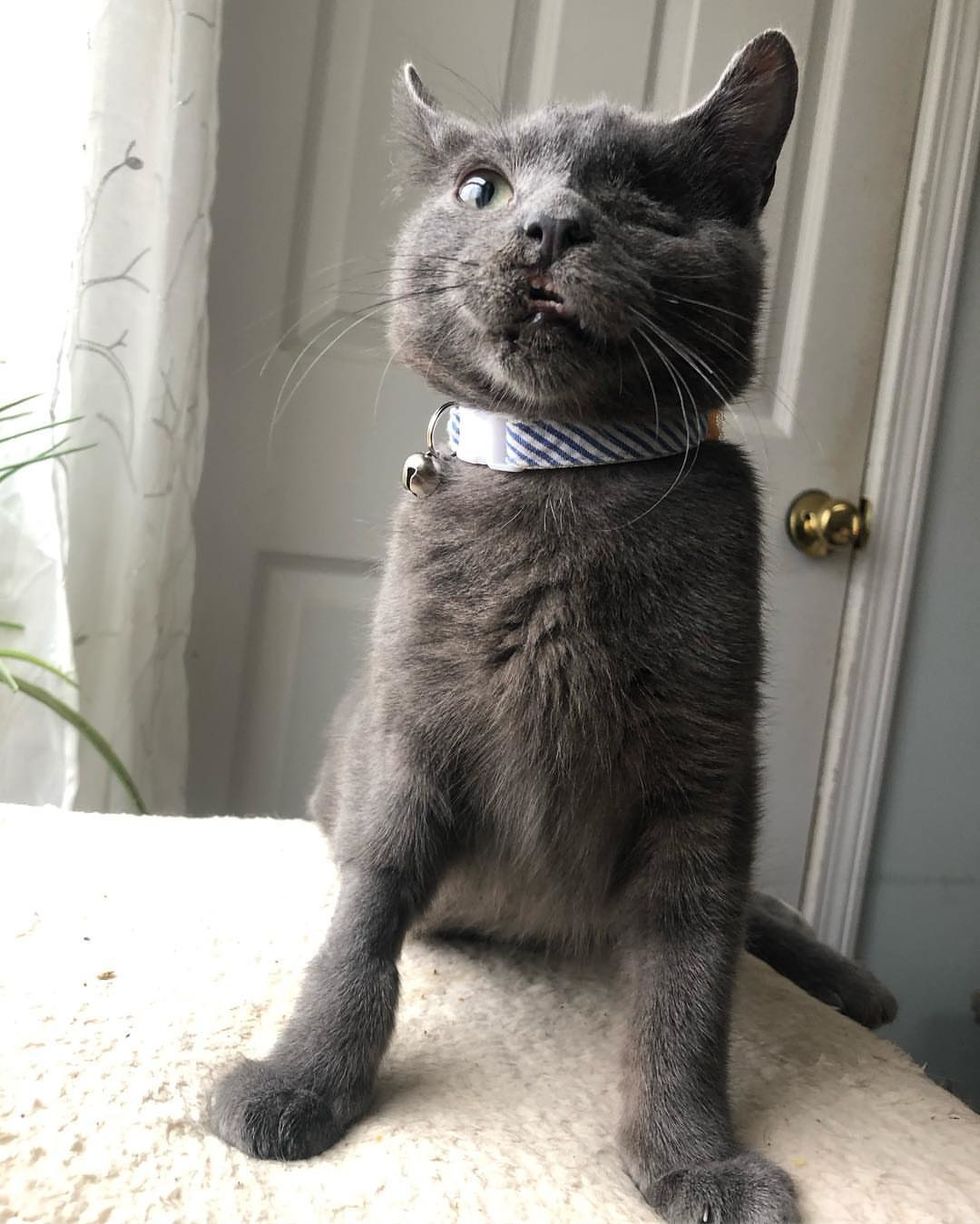 "He's doing amazing and loving life," Tara said. "He has been through so much and is still a little spitfire." 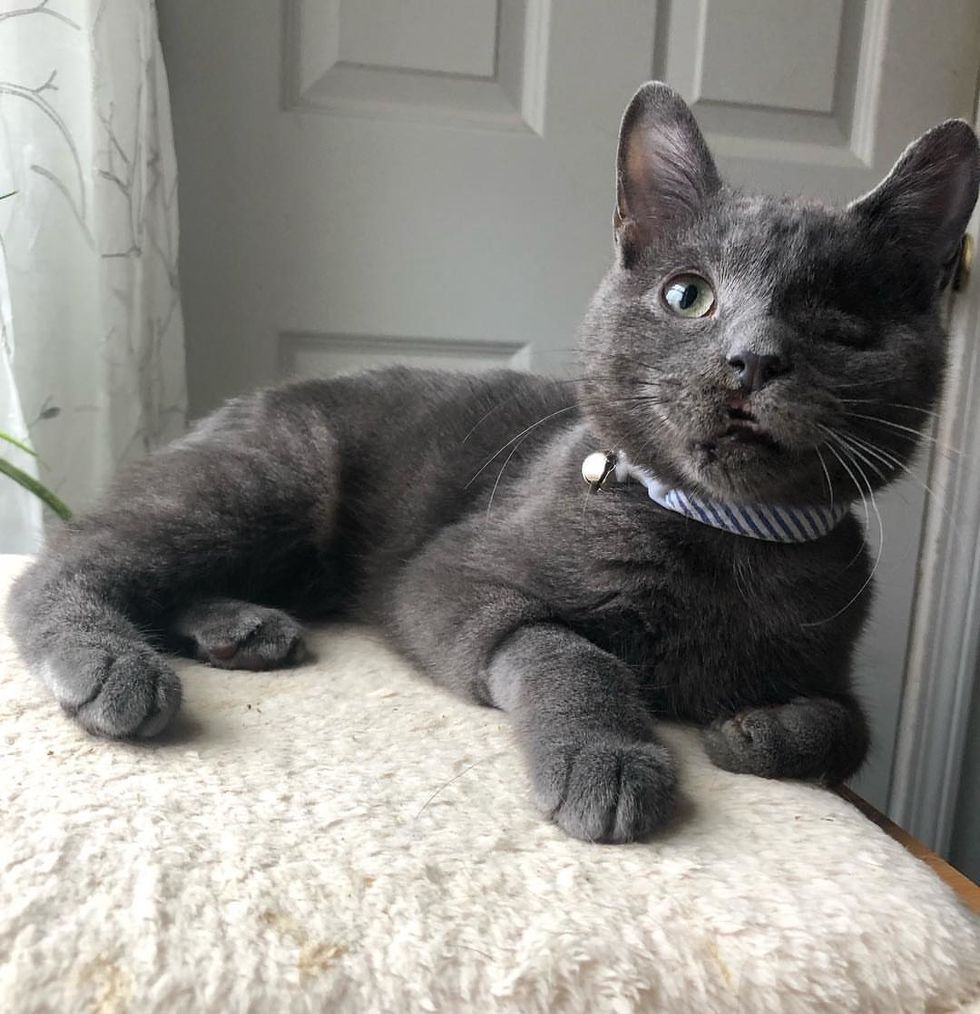 Related story: Kitten with Special Feet Walks Up to Woman for Love