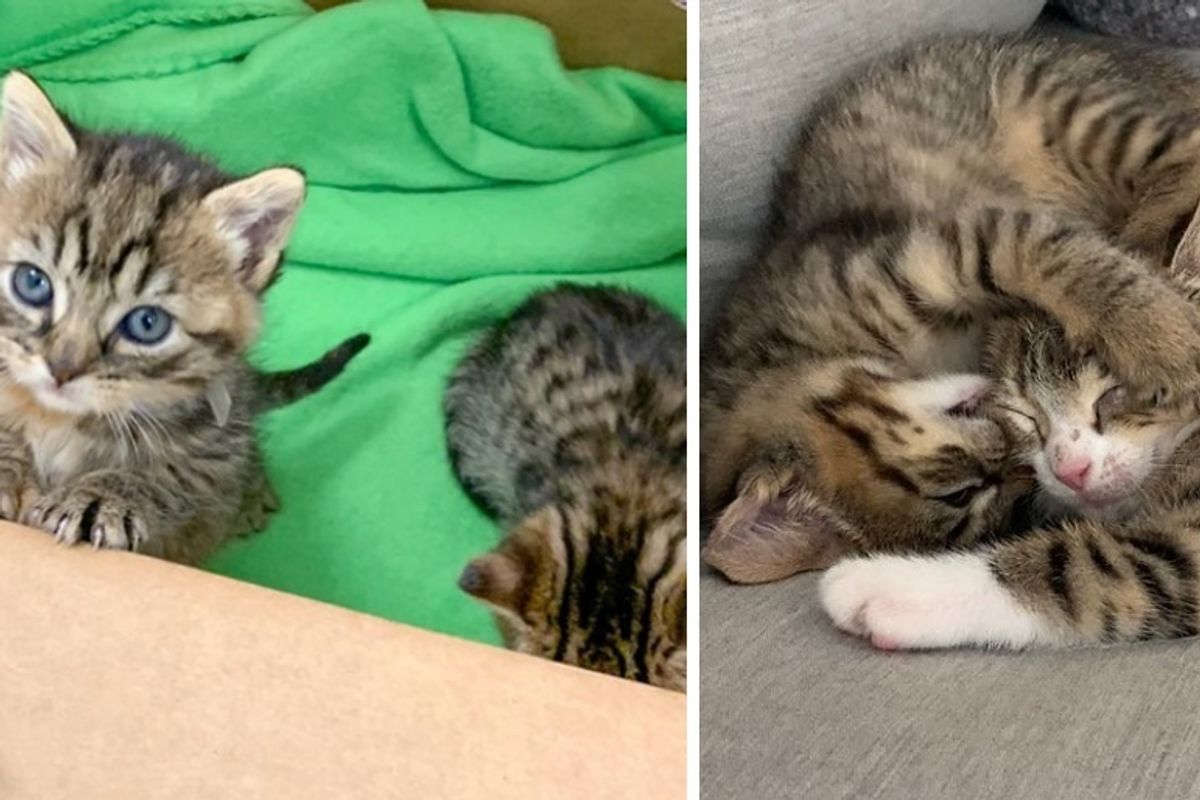 Two kittens were found by a school, looking for their mom, but she never came back.

A woman heard their plea and couldn't leave them there. 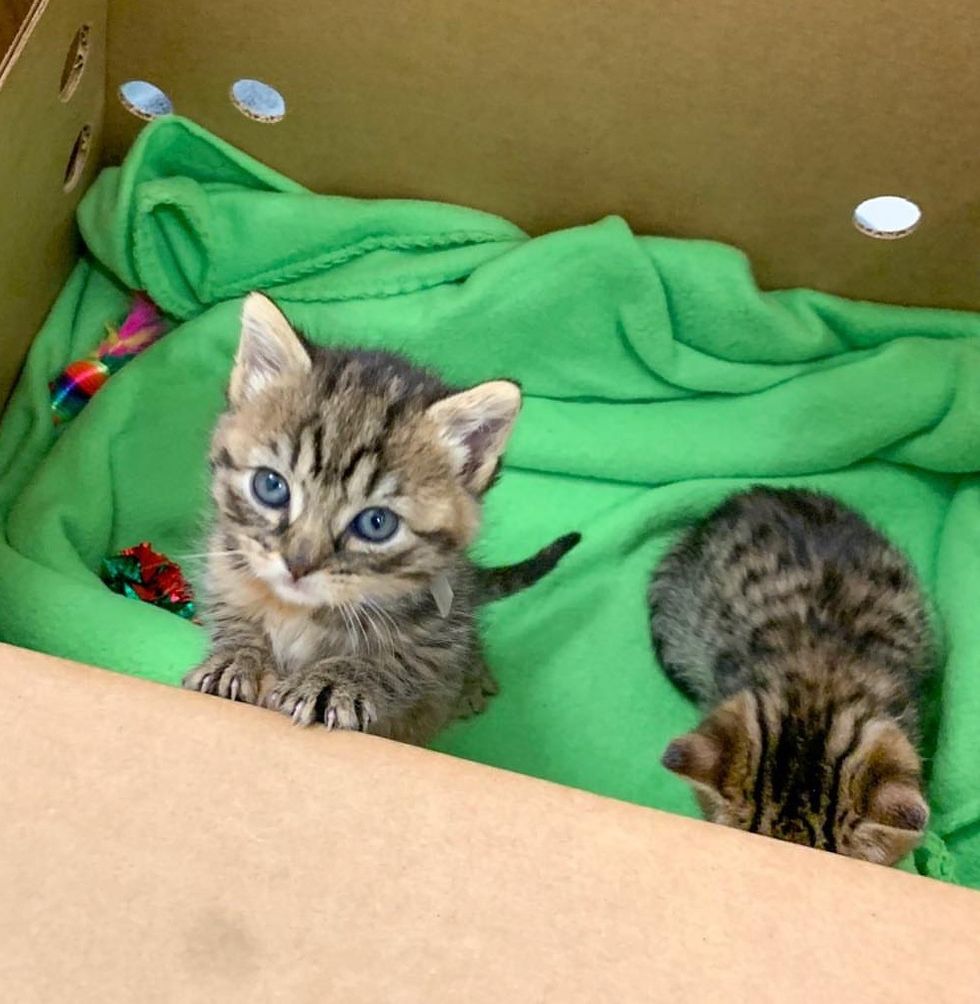 A Brooklyn resident had spotted a litter of four kittens and their cat mom near a local school. Later that day, she was surprised to find two of the kittens outside all by themselves, meowing nonstop.

Somehow, they had been left behind. Hoping the cat mother would return, she waited for several hours but to no avail. The weather was freezing - too cold for such young kittens to survive on their own. She decided it was time to intervene.

She managed to catch the kittens and brought them in to Animal Care Centers of New York City. The kitties were just four weeks old. Jess Thoren, a volunteer of the shelter, immediately offered to foster them. 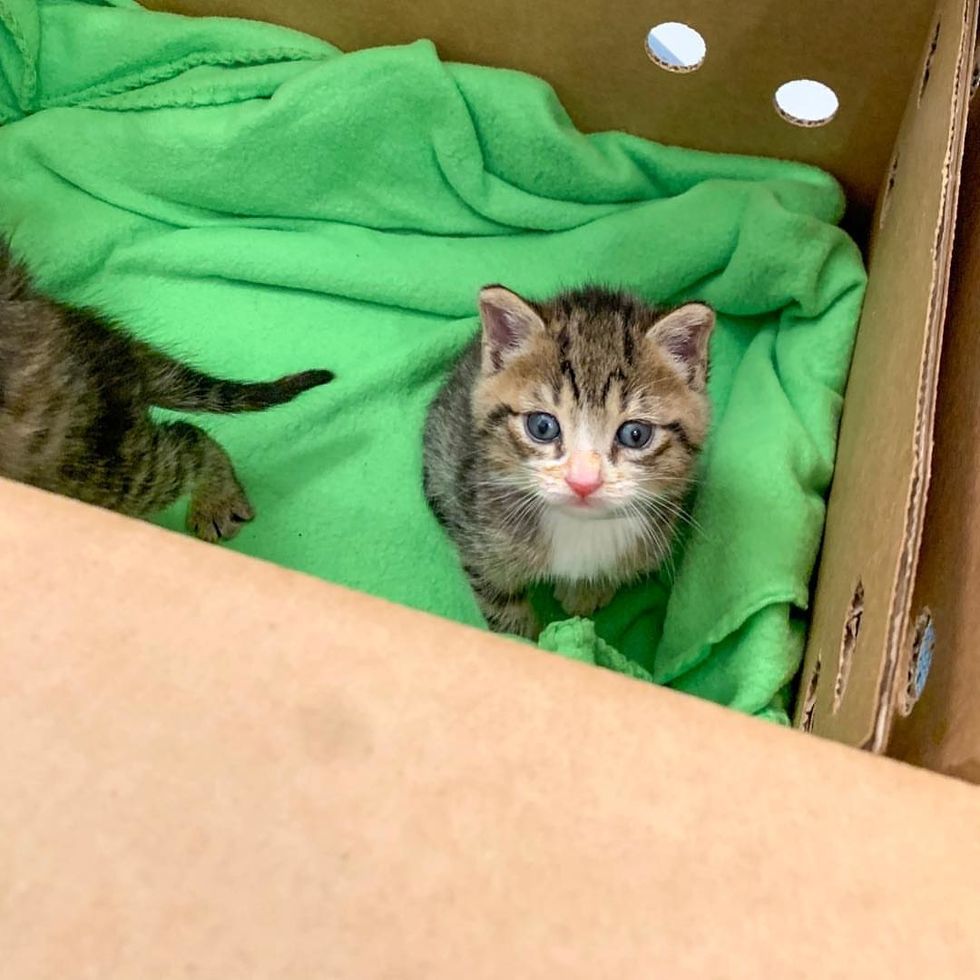 The feline siblings quickly warmed up to their foster parents after the ordeal. They were so happy and grateful to be warm and have someone to cuddle.

The sister was named Winnie (short for Winter) and the brother Chill. "Winnie hopped right out of the box. Chill was a little more reserved and shy," Jess told Love Meow.

Since the day they were rescued, the two have been inseparable and share an adorable bond. 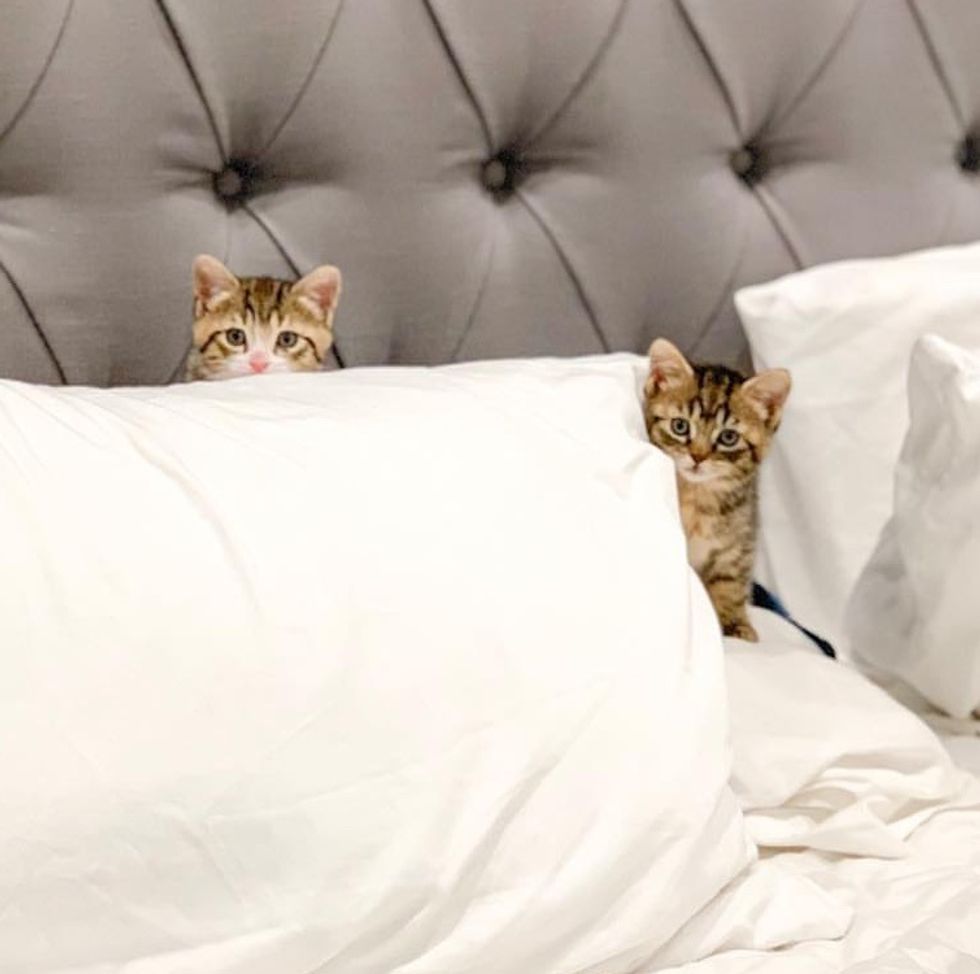 "They cuddle and play with each other nonstop. I always find them sleeping in the bed curled up next to each other," Jess told Love Meow.

Winnie is a little mischief-maker. When her brother is sound asleep, she will try to get him to play. "She will annoy him nonstop, nibbling his ears, bunny kicking him until he wakes up and plays with her." 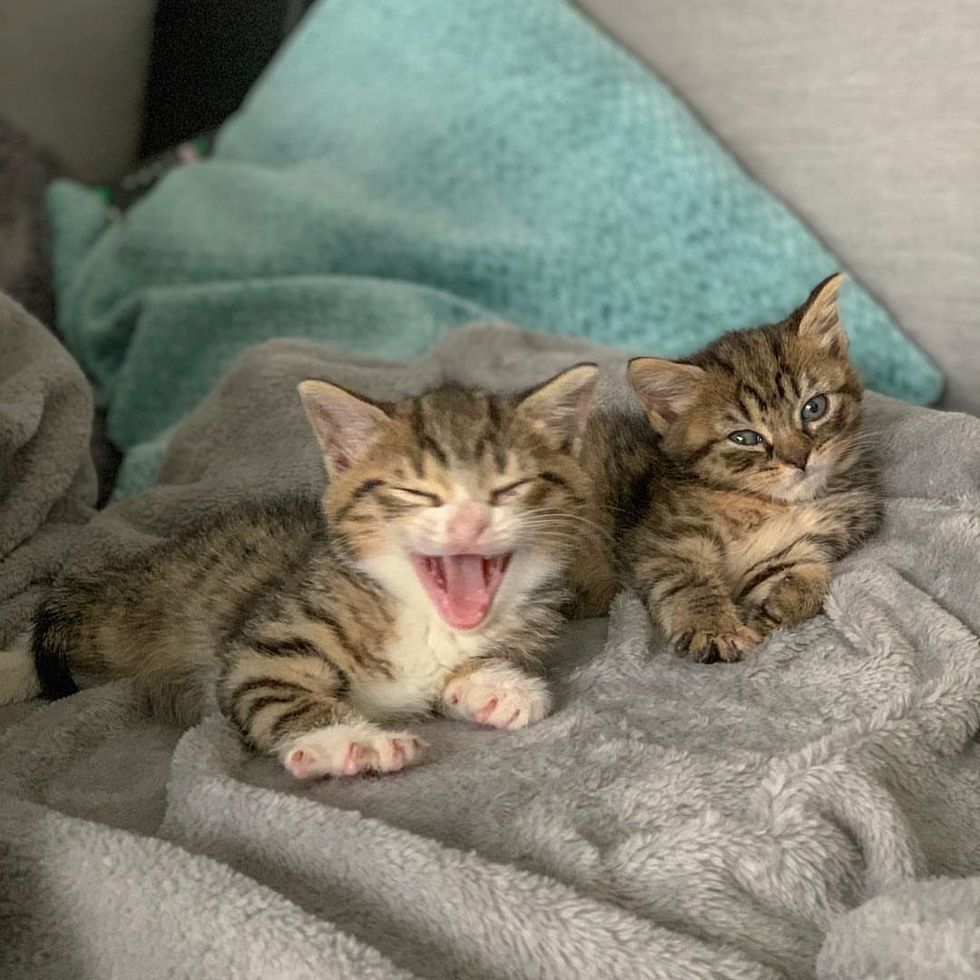 "Winnie would meow all the time for attention and Chill would just be so chill, hanging out in his playpen."

They sleep in their foster room at night, which is filled with toys and a big, comfy bed. As soon as Winnie hears her foster parents in the morning, she will meow loudly and get her brother to join in their morning demand for attention and breakfast. 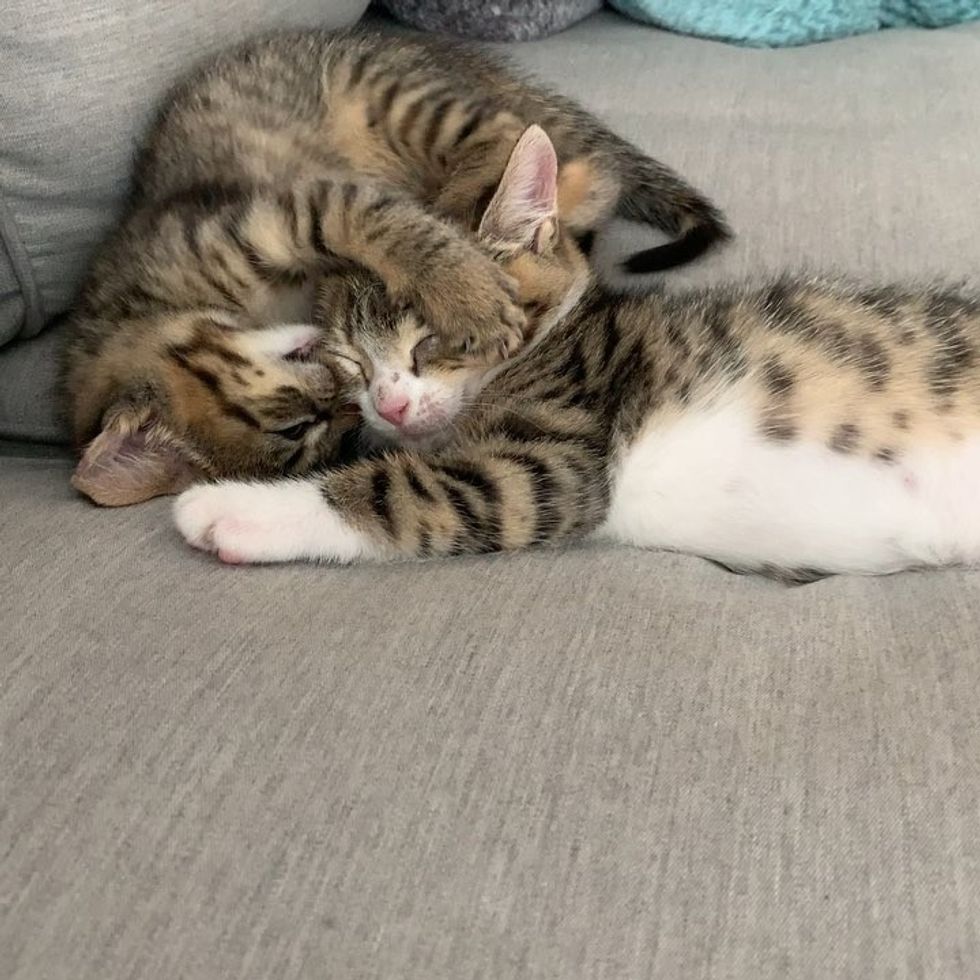 2 Kittens Left Behind by Their Mom, Find Second Chance at Life youtu.be

Chill is very sweet and a bit clumsy. "He struggles to jump on the couch or bed. He then whines until my husband or I pick him up."

The kitties are never far from each other. If Winnie is napping on someone's chest, Chill is next to her or sleeping nearby on a lap. 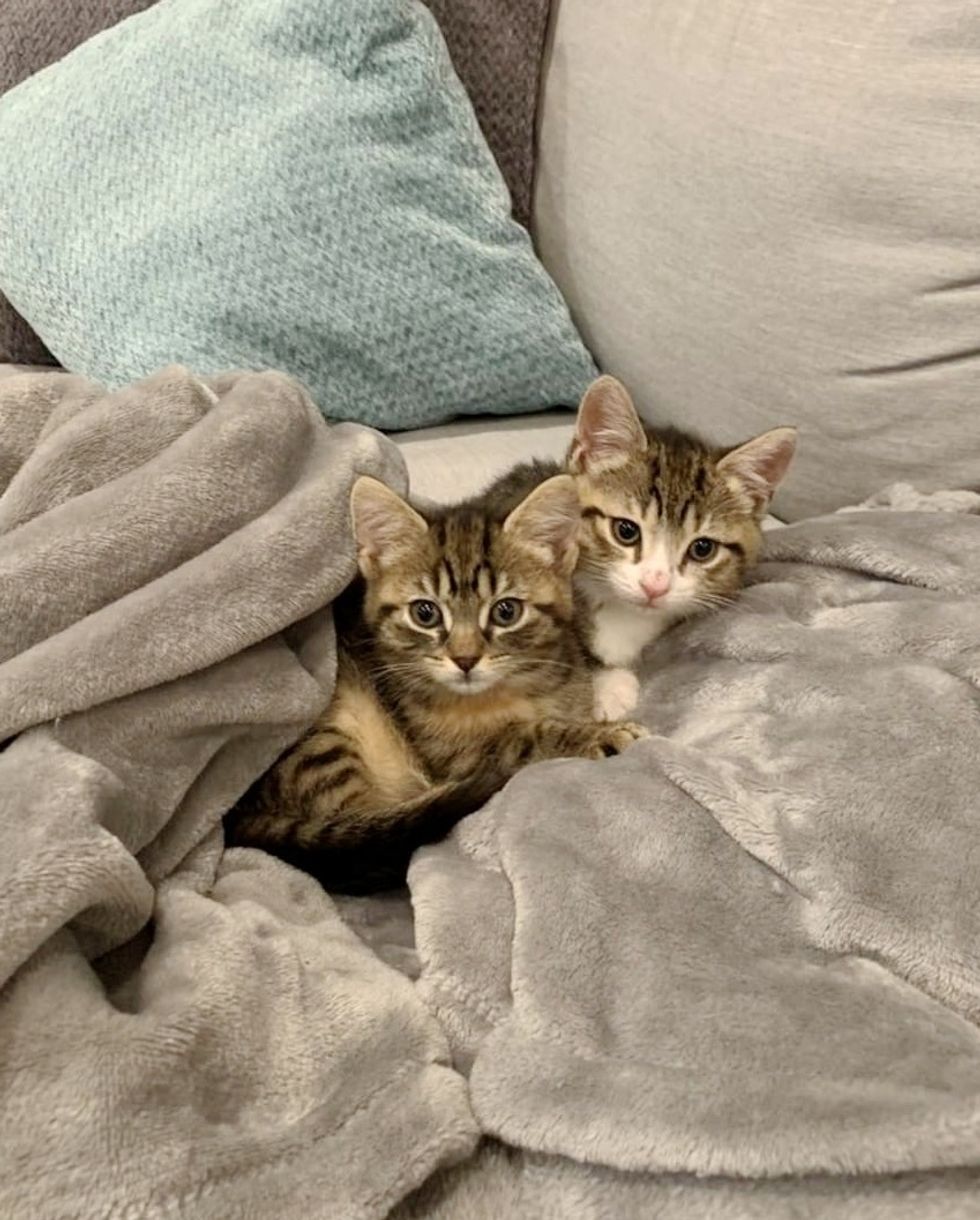 Despite looking everywhere for the cat mom and her other kittens, there has been no sign of them. 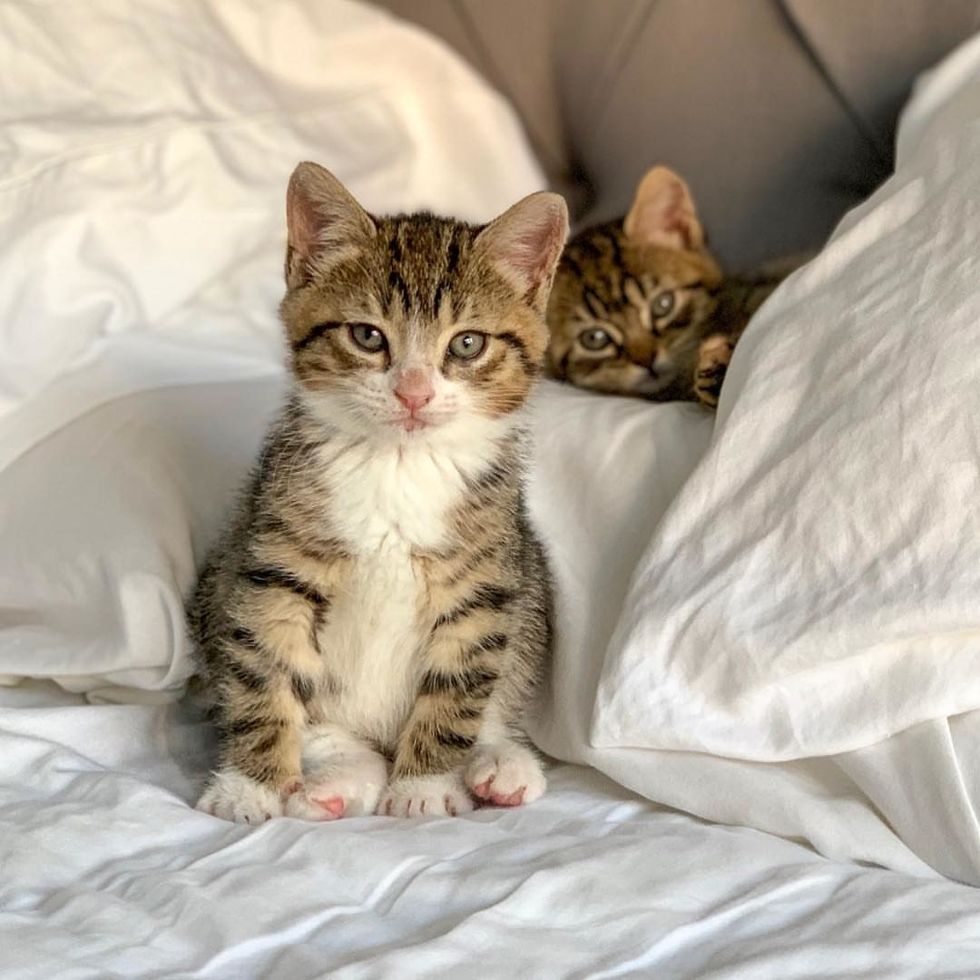 The brother and sister are being adopted together and will be going to their forever home this weekend.

From the cold streets of Brooklyn to this cozy couch - Winnie and Chill are loving their new, comfortable indoor life. 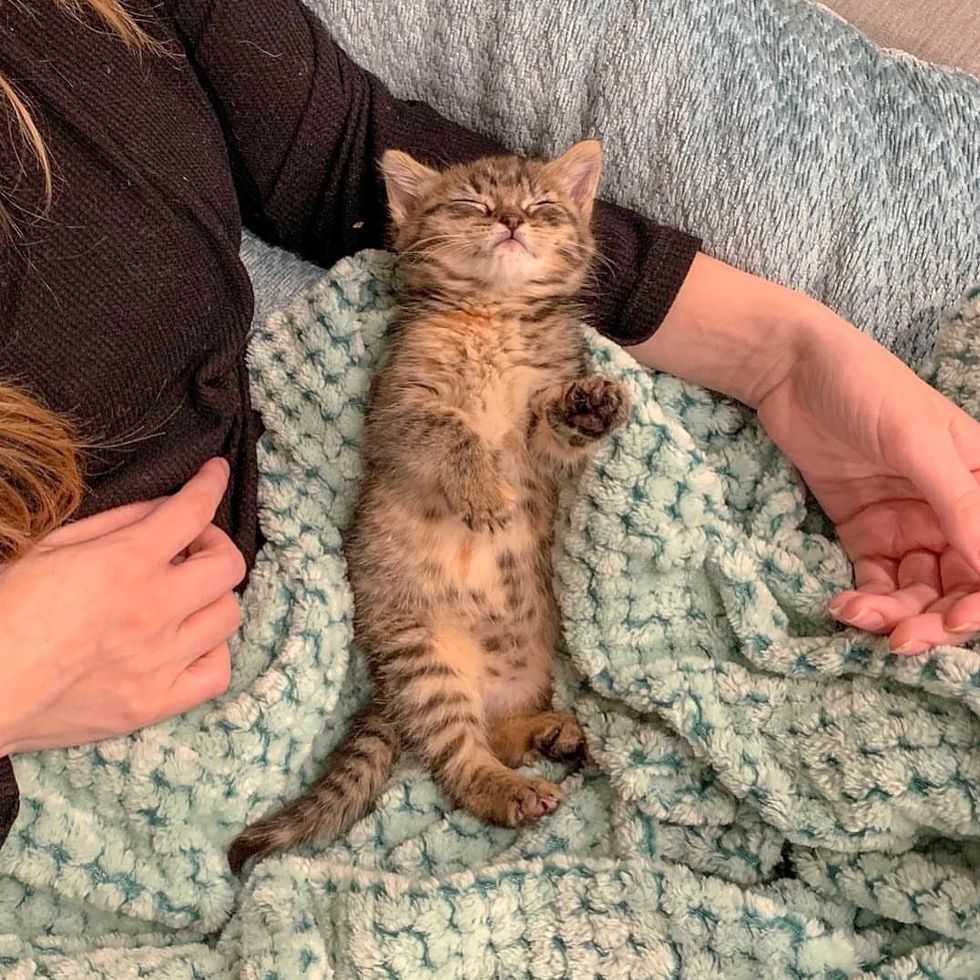 Related story: Woman Woke Up to Stray Kitten in Her Garden, Crying for Help