A little kitten's meows led rescuers to a deep hole under a trailer.

Rescuers of Saved By Zade (a TNR rescue group in Eaton Rapids, Michigan) were out doing Trap-Neuter-Return in a trailer park when they were alerted about kittens trapped under one of the trailers. 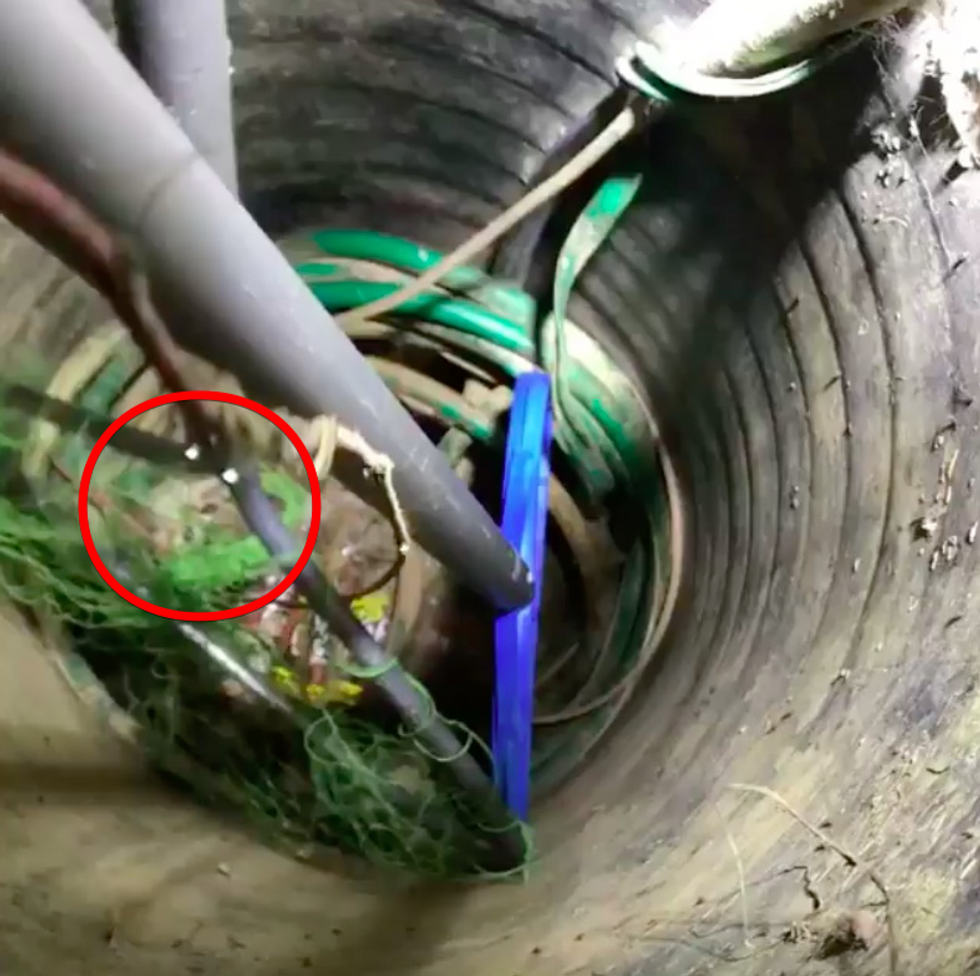 "We've been doing TNR in the area with over 100 kitties. Someone contacted us to let us know that they could hear kittens meowing under one of the trailers," the rescue told Love Meow.

As they went under the trailer, they found two kittens trapped in a six foot deep hole in the ground. One of them had passed away. The surviving tabby kitten was exhausted from trying to climb up the hole. She couldn't grab onto the wall and slid down every time she tried.

Rescuers brought a couple of nets and carefully put them in the hole, hoping the kitten would latch onto it. 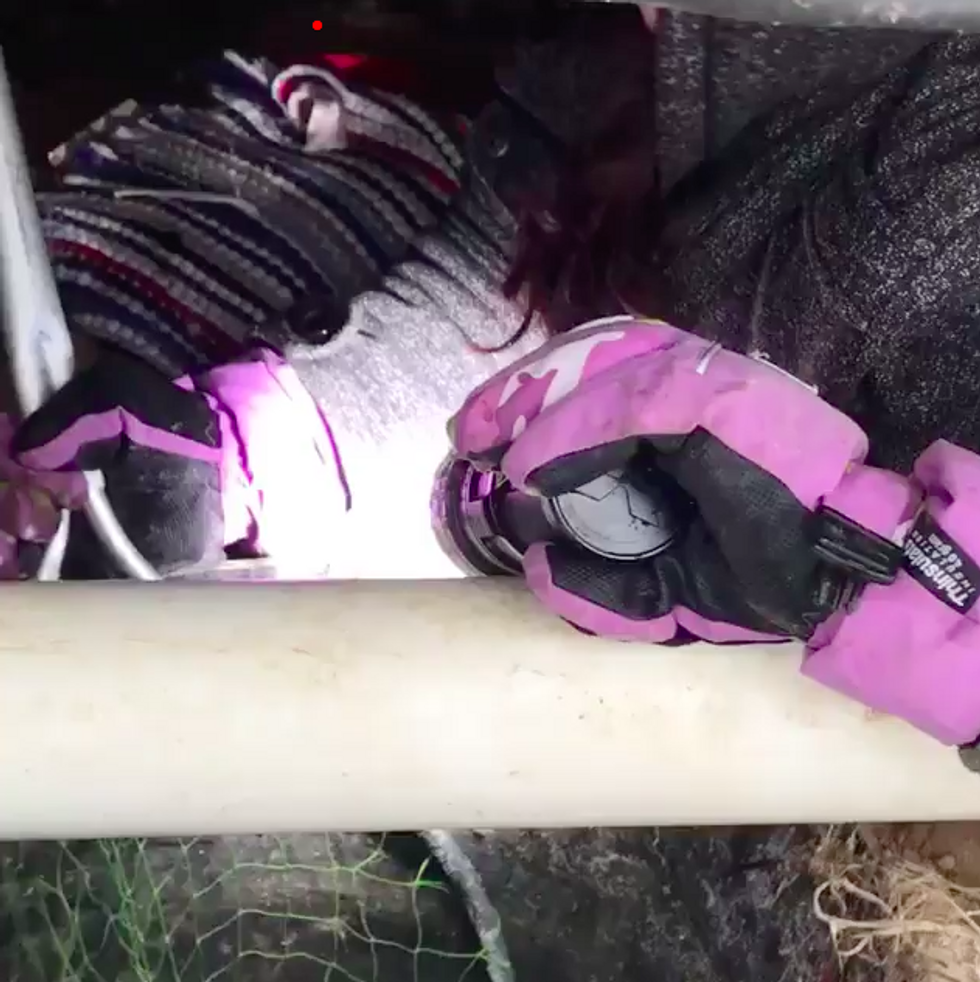 The tired little one stood there, dazed for a while before rescuers could scoop her up in a net and get her out of the hole.

It was freezing cold. Once they freed the kitten, the rescuer held her close to her jacket to keep her warm.

They gave her some wet food and she gobbled it up and wanted more. The little buddy was very hungry.

She held onto her rescuer and wouldn't let go. 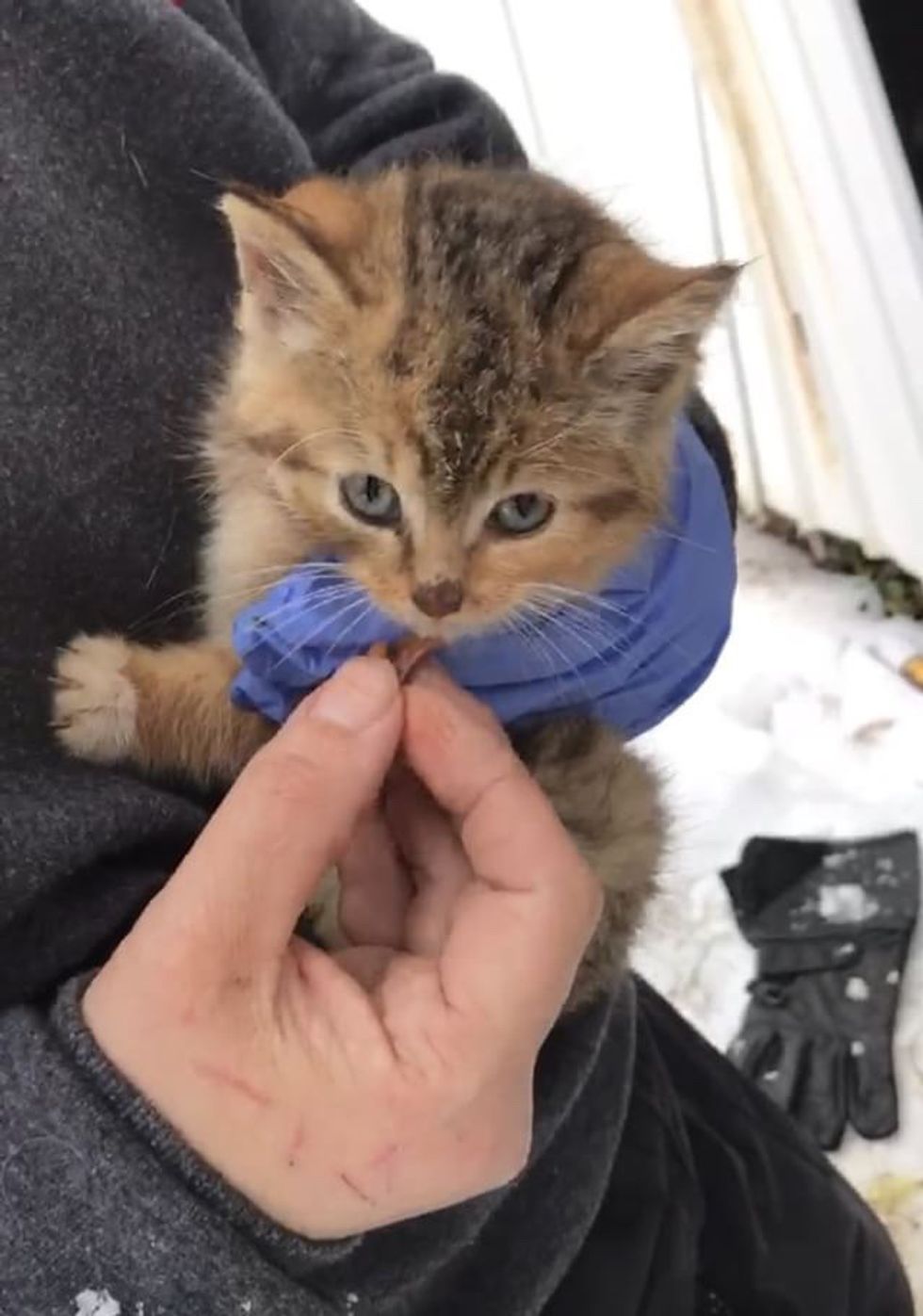 The kitten was just skin and bones, but she was happy to be warm again and have some food in her belly.

"She is a little skinny from being stuck without food, but she's eating kitten milk replacement (KMR) and wet food. Already she's perking up," the rescue told Love Meow. 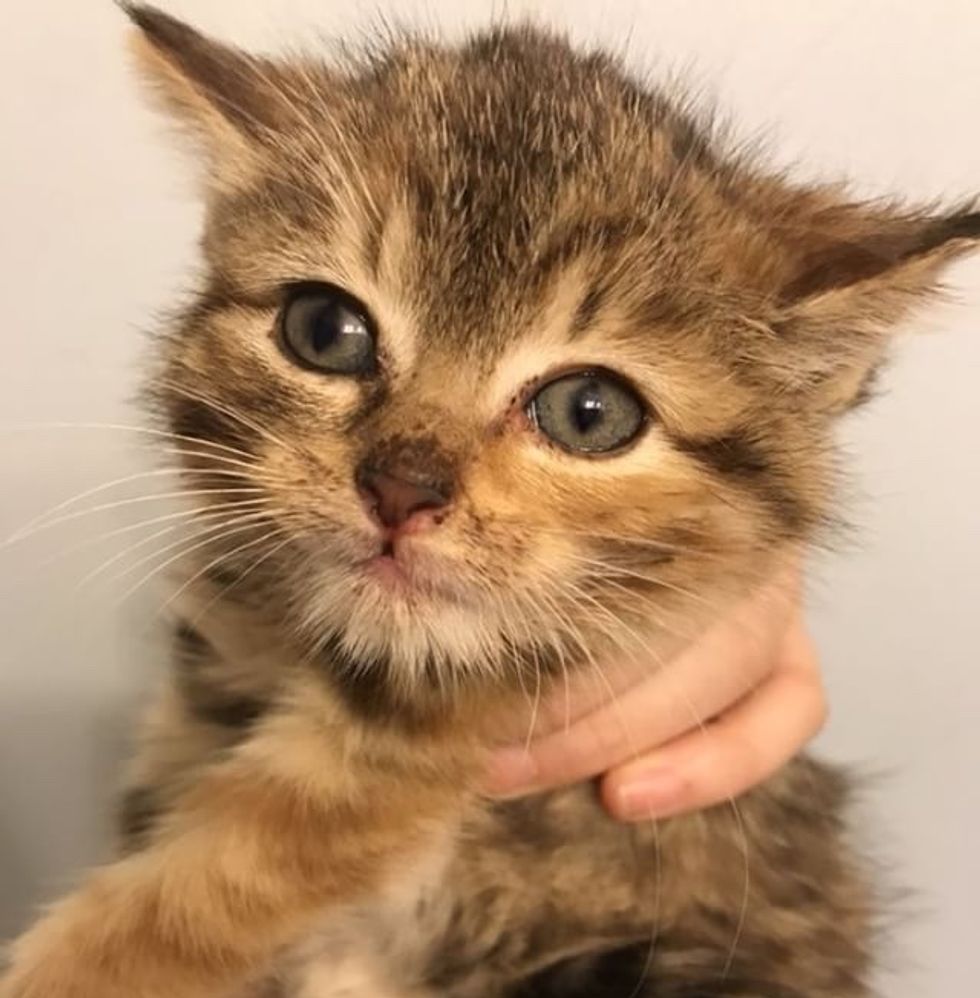 They gave her a much-needed bath.

"She was very stinky, dirty and had a few fleas on her." 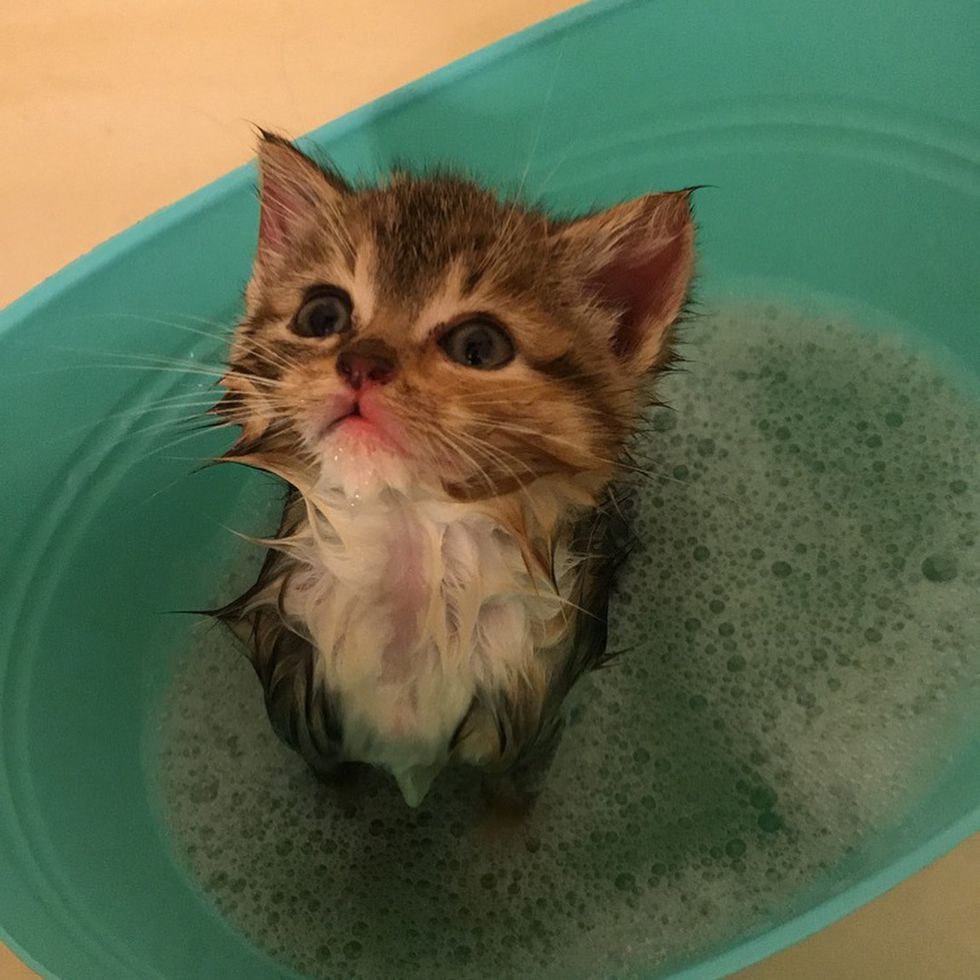 After getting a full belly and lots of cuddles, the kitten nuzzled in her very own bed, feeling loved.

They saved this little kitten in the nick of time, and now she's loving her little castle made of warmth and fuzz :). 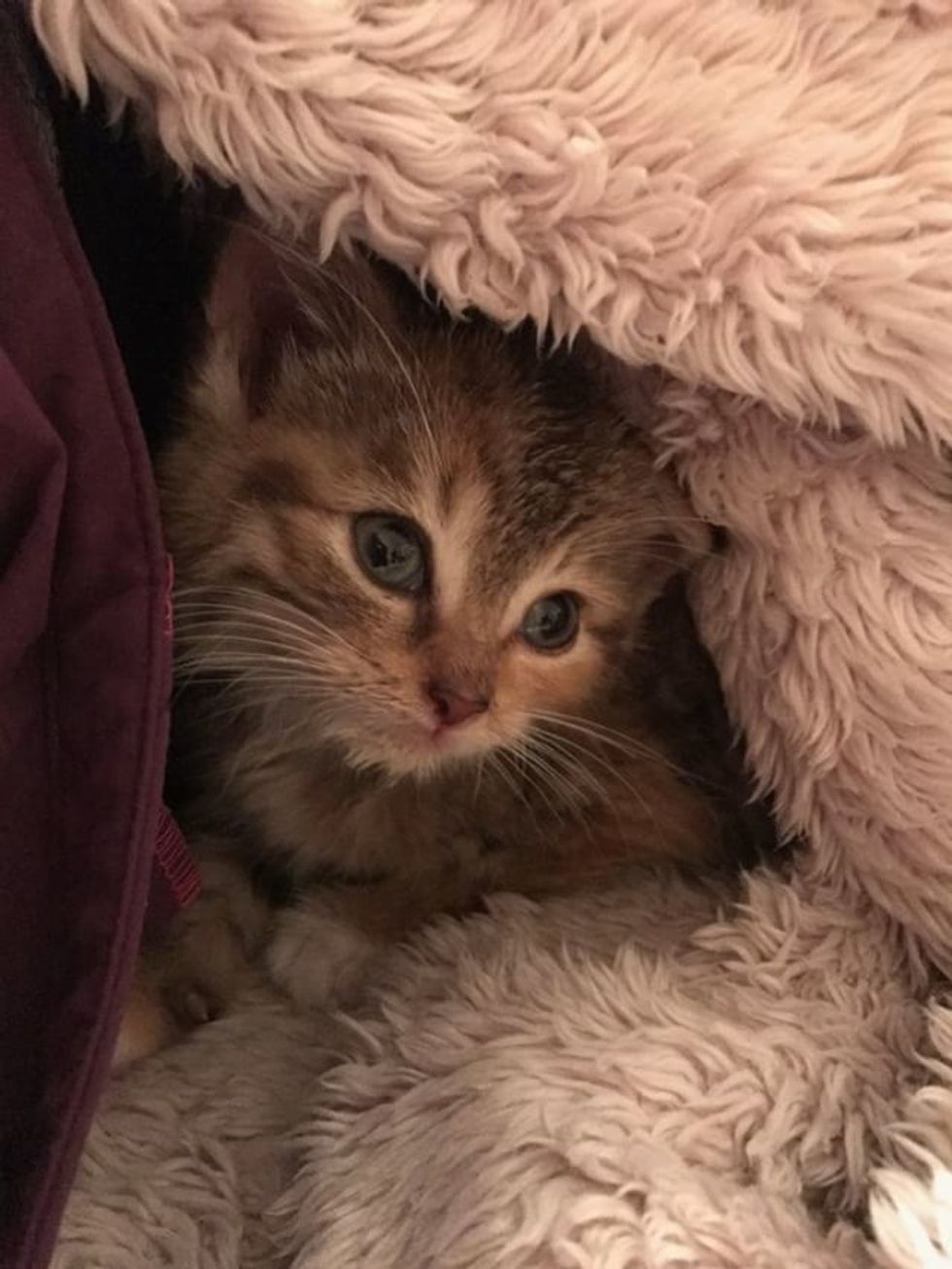