Rescuers Found Cat Mom and Her Kittens Trapped in 60ft. Pipe and Rushed to Save Them..

Rescuers of Hope for Paws (in California) received an urgent call about a cat that was stuck in a long drainpipe, but the stray wasn't alone. 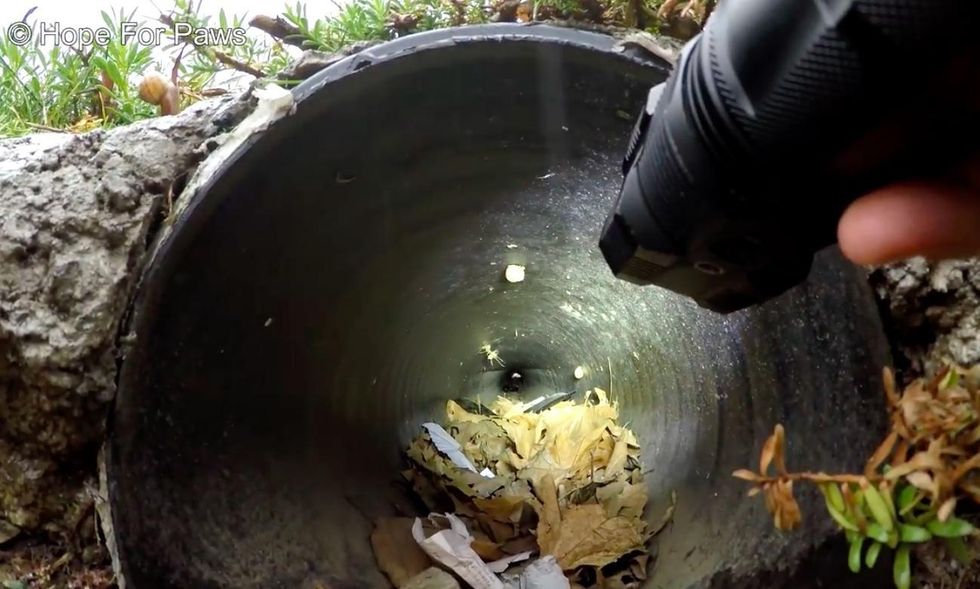 When the rescuers arrived, they discovered that a tortie cat along with her kittens were trapped inside a 60ft. long pipe.

"We quickly realized more help and equipment would be needed to try and save this family," the rescue group said.

They returned with a plan and a larger team. With help from a remote control car, they were able to locate the cat mama and her kittens via a camera attached on top. Before the rescue mission started, they wanted to get a better look inside the pipe. 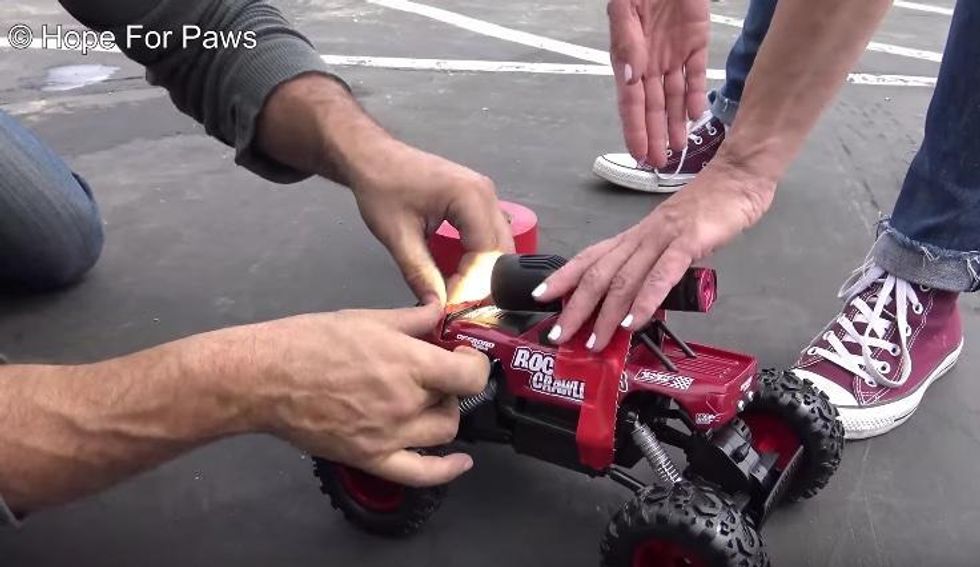 As JoAnn carefully operated the remote control car, they were able to see inside the pipe and eventually found the whereabouts of the feline family.

In order to get them out safely, rescuers used a long pole to push the cat mother out first. The tortie ran straight towards the exit and safely into a humane trap. 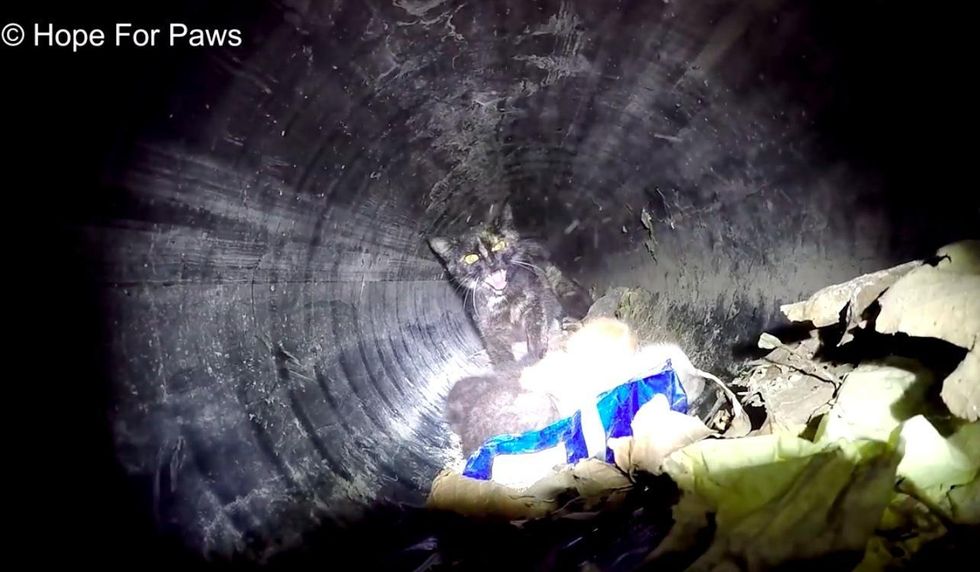 They quickly covered the trap with a blanket to help calm down the momma cat. 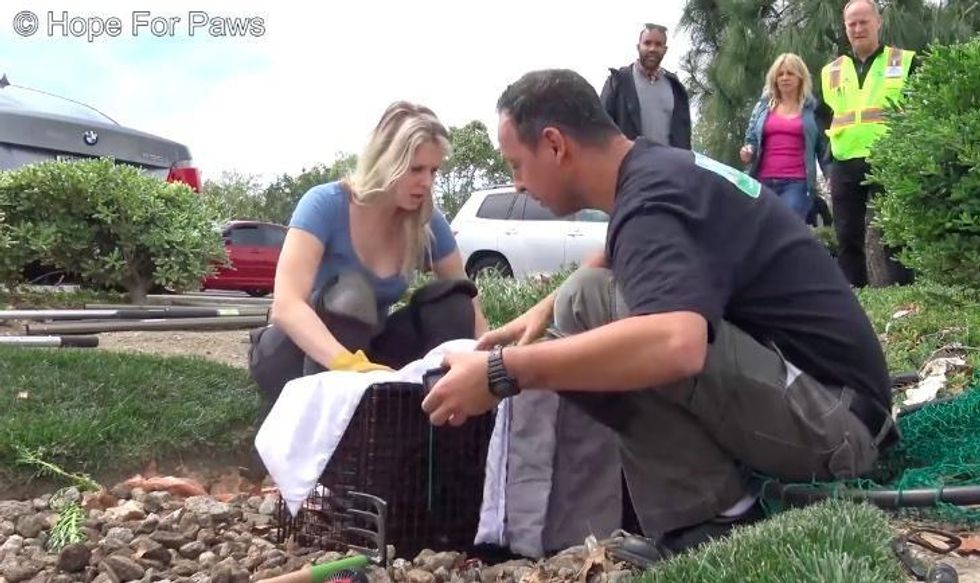 Getting the kittens out to safety was a bit tricky as they couldn't walk and were very tiny.

Kyle wrapped the end of the pole with a thicker blanket to create extra padding and pushed it slowly into the pipe. 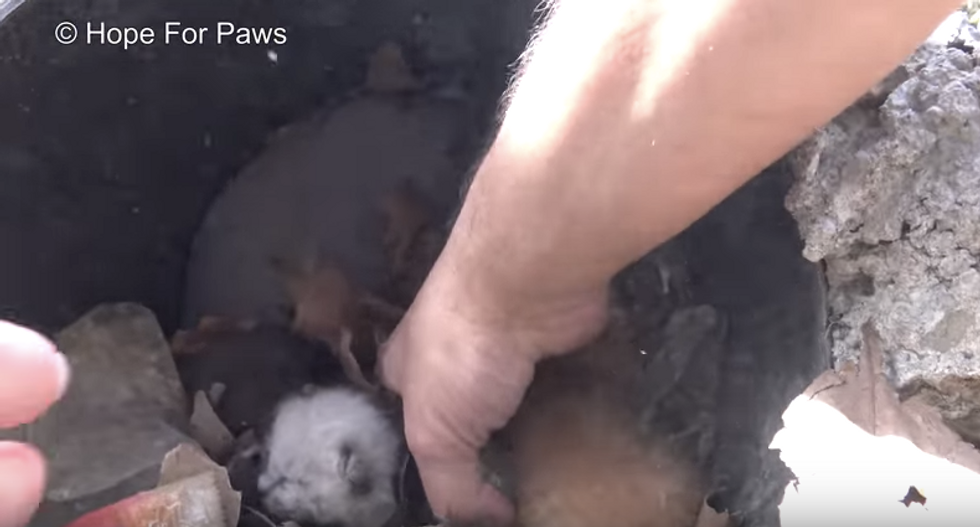 With team efforts, they were able to move the kittens to the exit where rescuers picked them up one by one and reunited them with their cat mama. 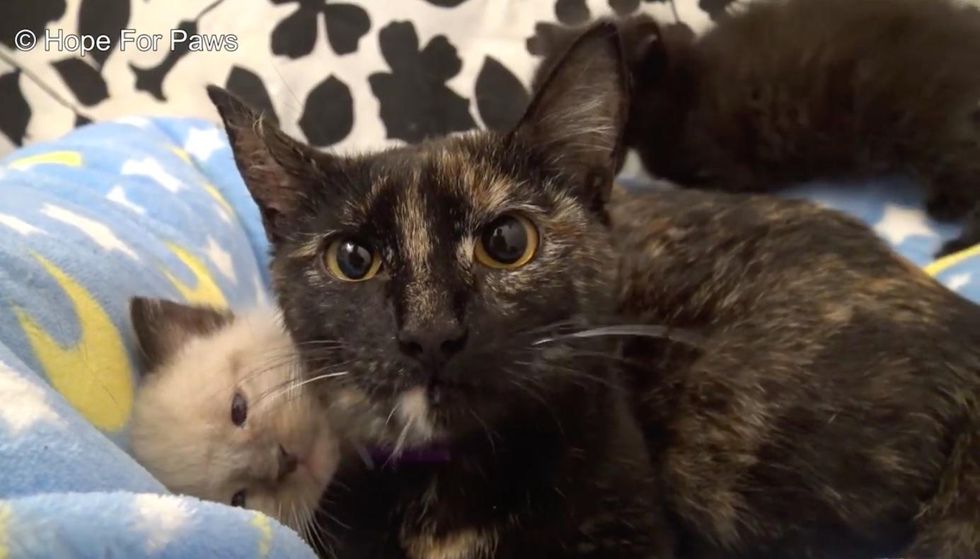 They were named Mama Nutella, Toffee, Snickers, BonBon and Nougat. 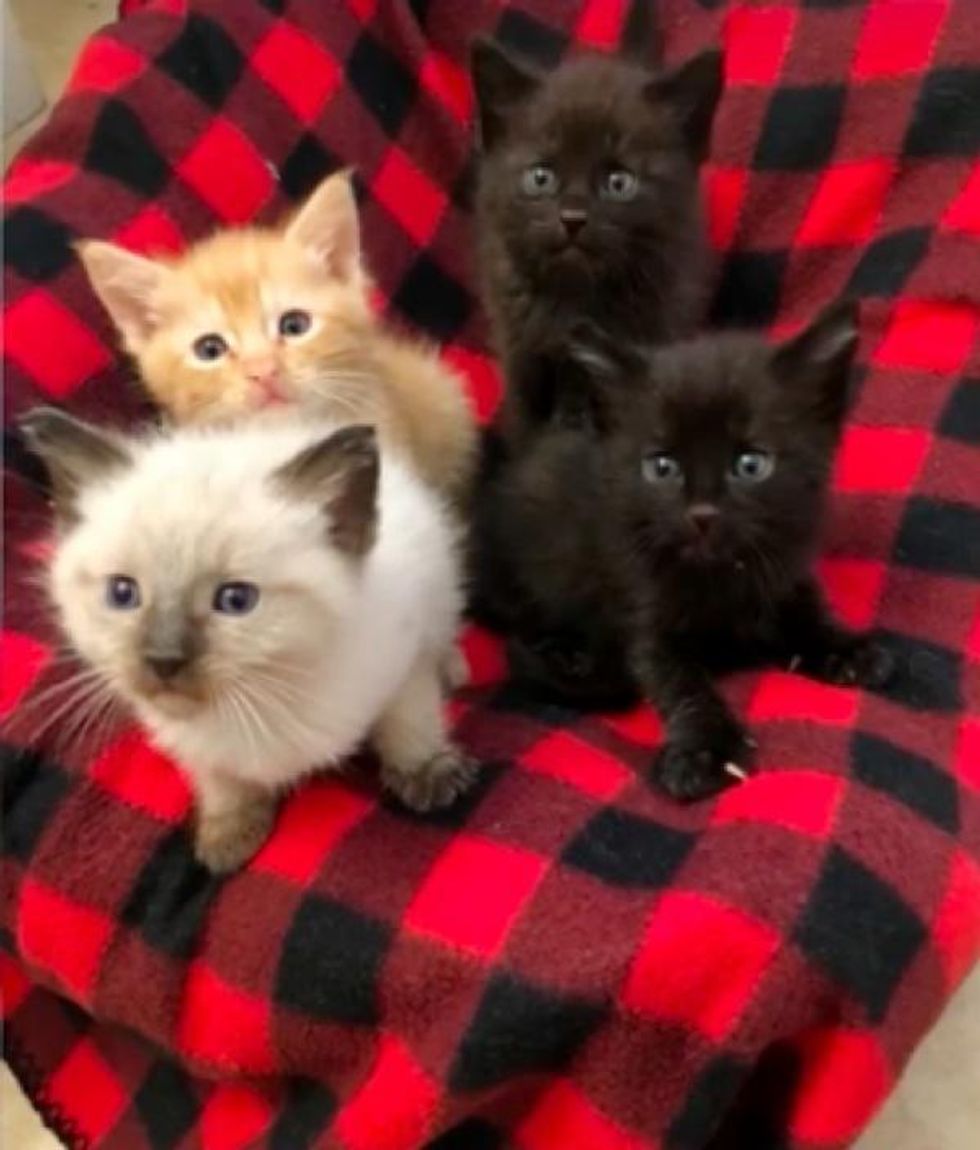 The furry family of five are doing well in foster care and will be up for adoption once the kittens are big enough. 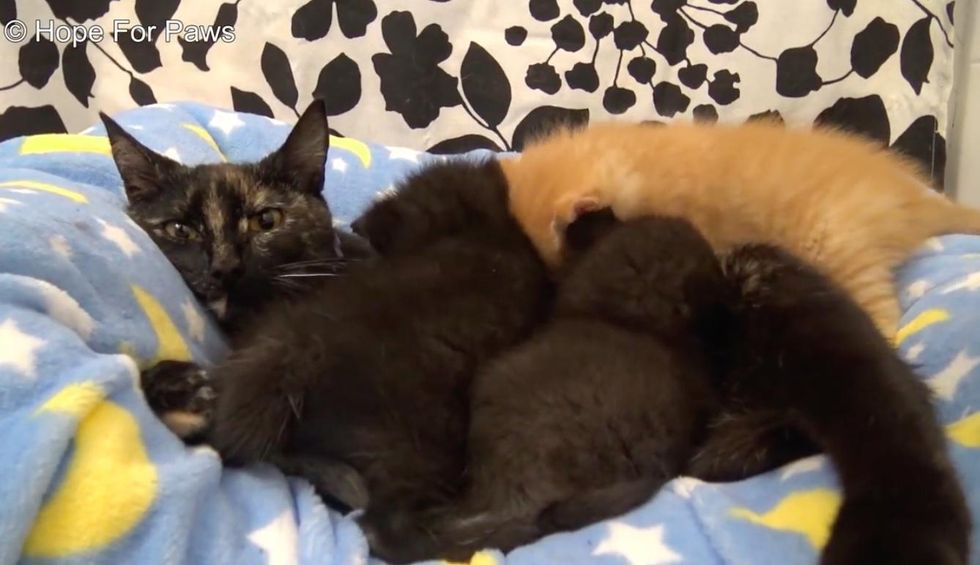 Related story: Cat Mom Protects Her Kitten in Storm Drain and Waits for Someone to Rescue Them