A cat mother was found protecting her single kitten in a storm drain until a young man saved them and gave them something they always wanted... 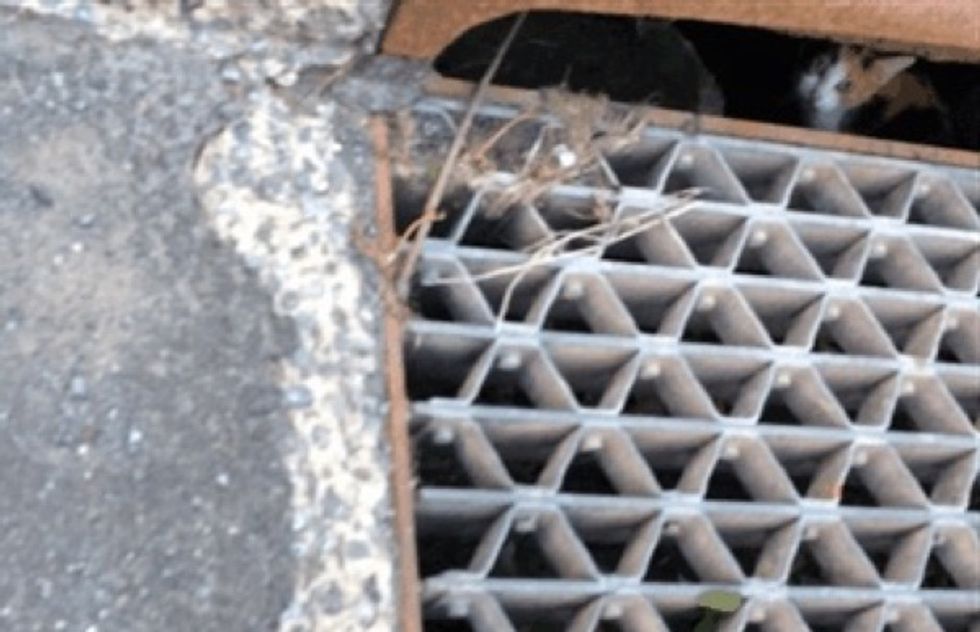 A good Samaritan was driving down the streets when he spotted a tiny head poke out of a storm drain. He quickly pulled over to see what was in the drain.

Upon investigation, he found not one but two cats hiding inside. He slowly approached them, hoping the kitties would not run away. At first the felines were hesitant about their human friend so the guy ran to the store and bought some food in hopes to coax them out.

"I really thought they would be more shy or aggressive. It wasn't as hard as I thought it would be to get them out of the drain," reddit user belleayreski2 told Love Meow. 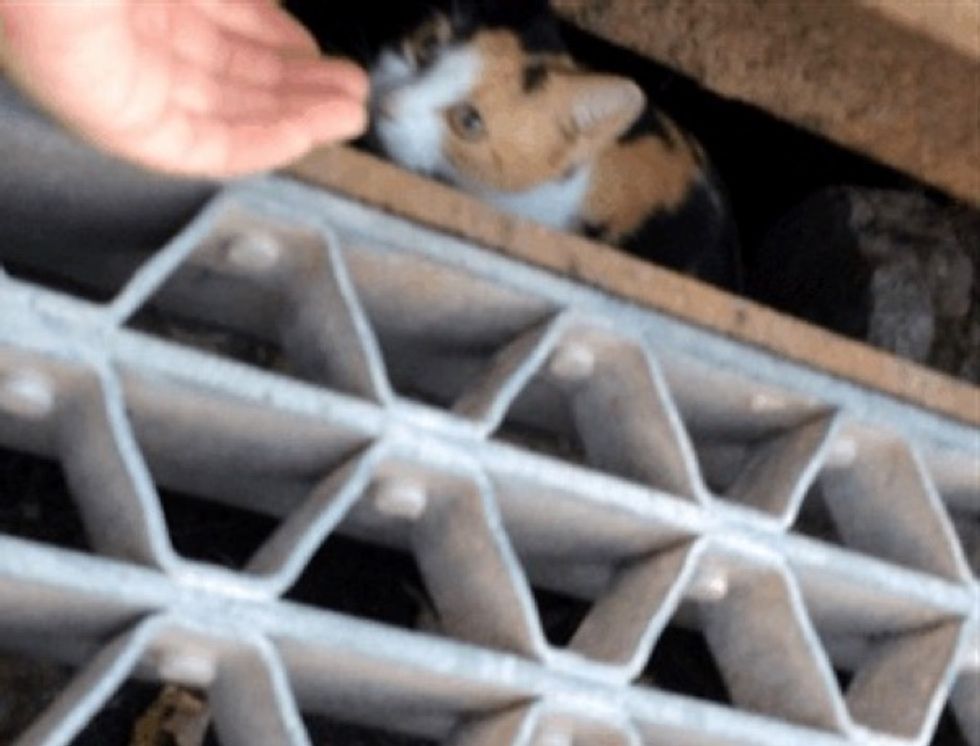 He reached out his hand to the calico to let her sniff him.

"I put a little dish of food by them and after they had a bite or two I pulled the food out and they slowly followed," he told Love Meow.

Soon he realized that the skinny calico is the mama who had been looking after her kitten and keeping him safe.

"He's very curious and loves to explore so I'm sure it was stressful trying to keep him away from the cars." 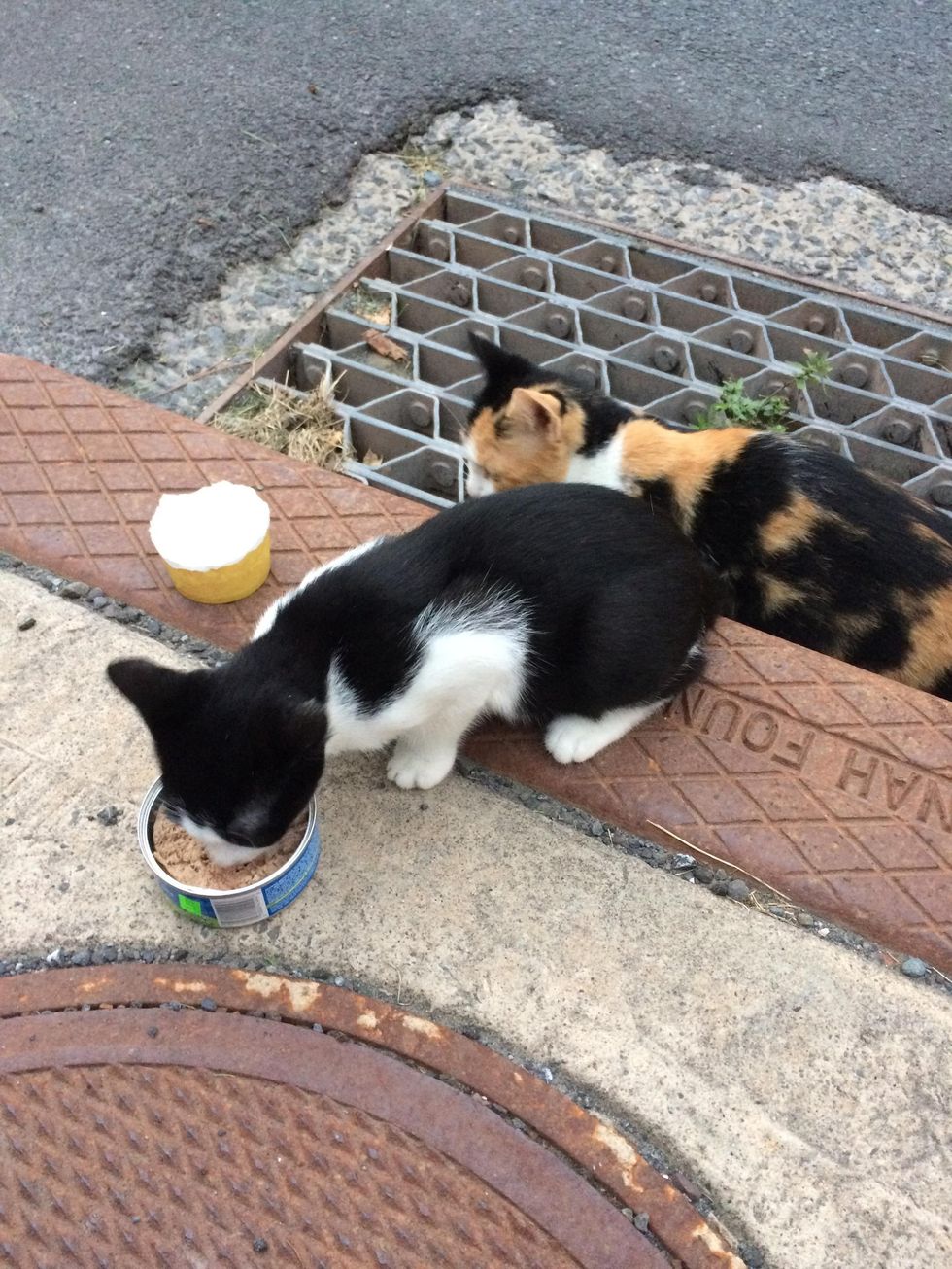 Sweet mama made sure her baby got the food first before she would eat.

She was guarding her kitten while he was eating.

The kind-hearted person took them off the streets that day!

Hours after the rescue, mama and her kitten settled into their new home! "This is when I first let them out in my bathroom. They let me bathe them and didn't object at all, I was ready for a fight. Overall they are incredibly well behaved."

"We think they were abandoned. Their coats were in pretty decent shape, they seemed docile, and they immediately knew how to use a litter box. I don't know who in their right mind would give these cats up!"

They named mama River and her kitten Scout. "We took them soon after to get fixed and get their shots done, as well as a medicated bath." 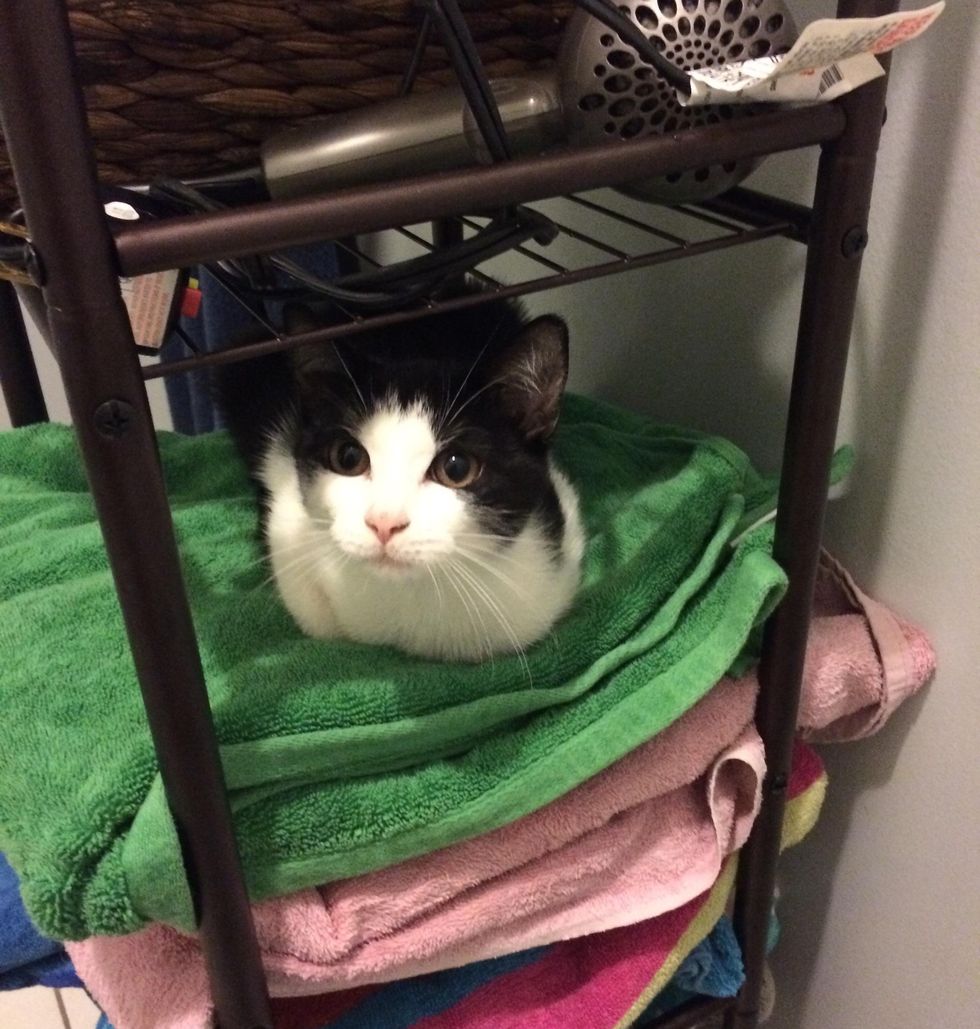 "We put up eight cat shelves and they love them!"

Scout grew by leaps and bounds. 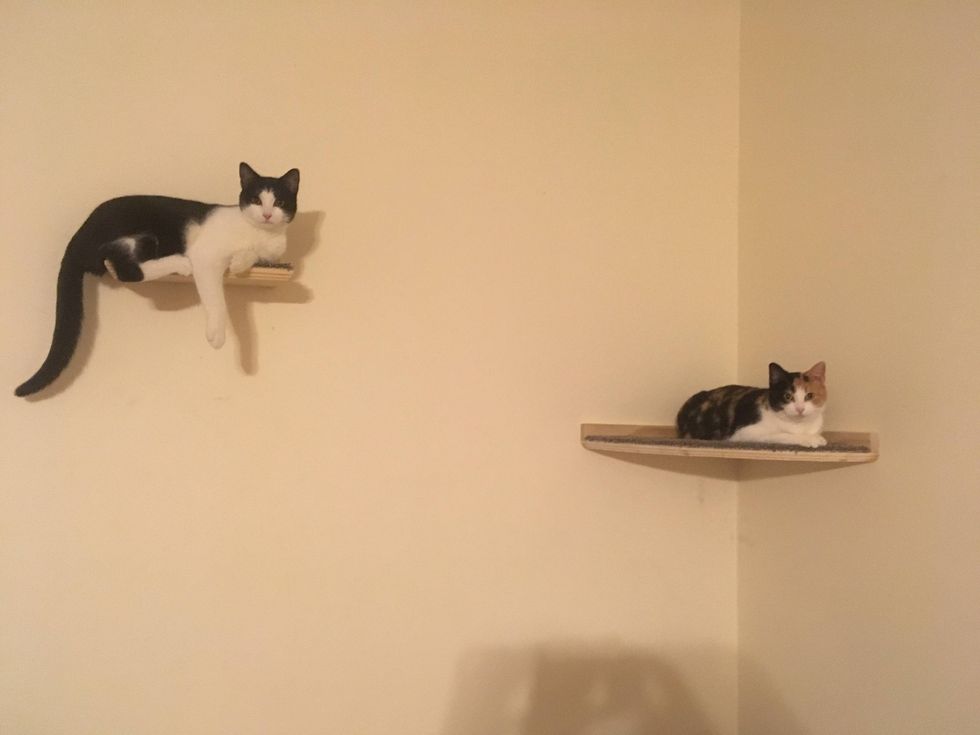 She's always by his side, watching over him every step of the way. 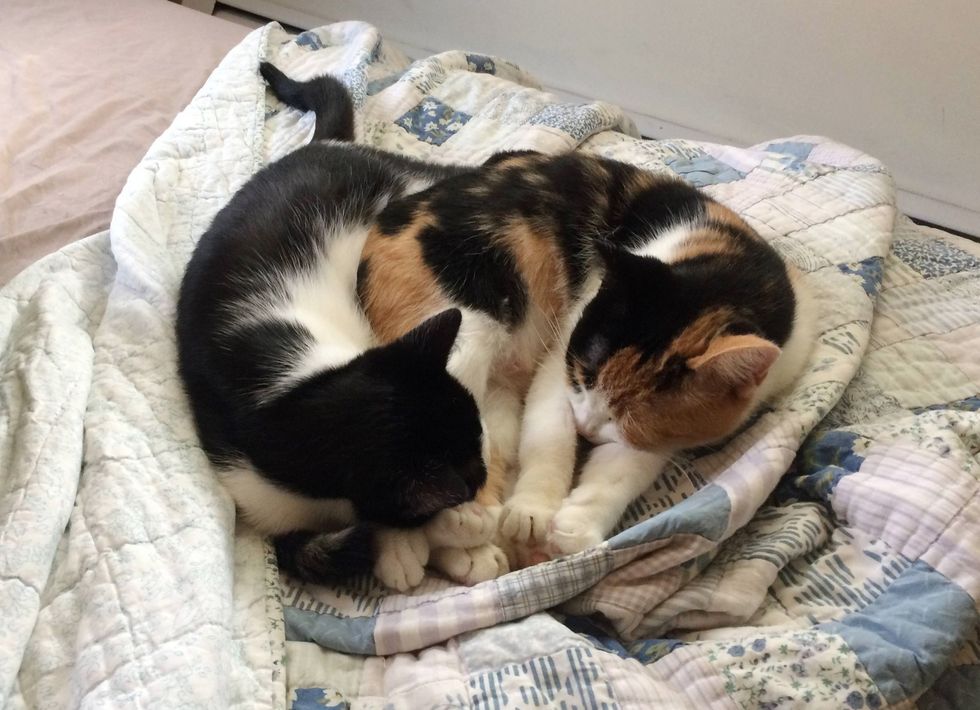 "They are really cuddly and usually sleep with us in the bed." 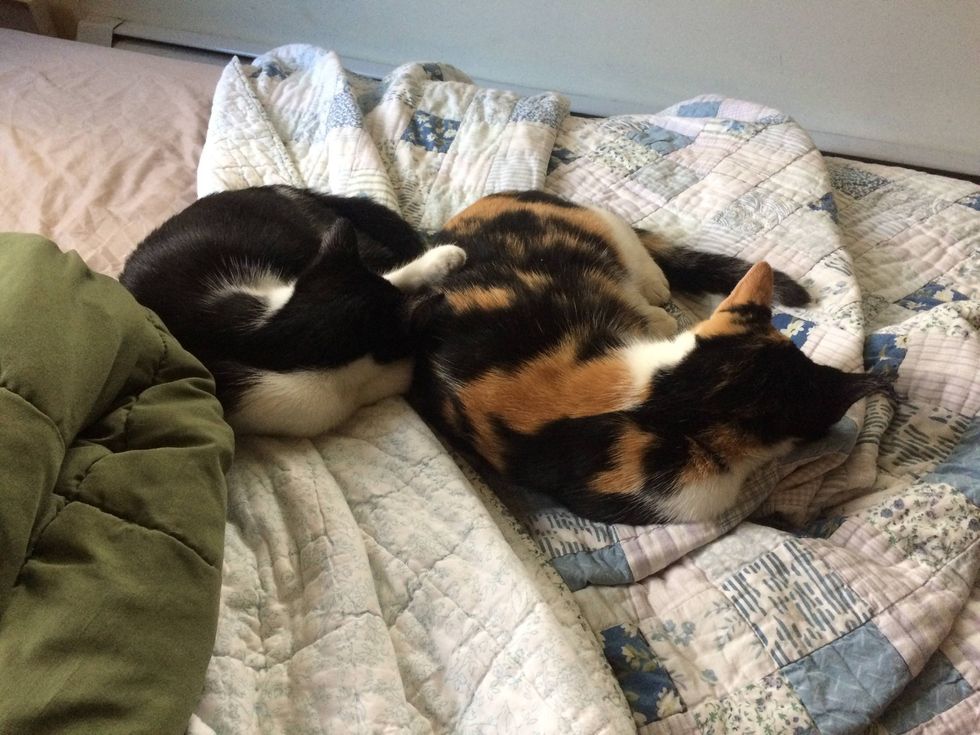 Mama was protecting her baby from the dangerous streets in the storm drain, waiting for someone to rescue them...

Now she doesn't need to worry about food and shelter for her baby as they have found a place to call their own. 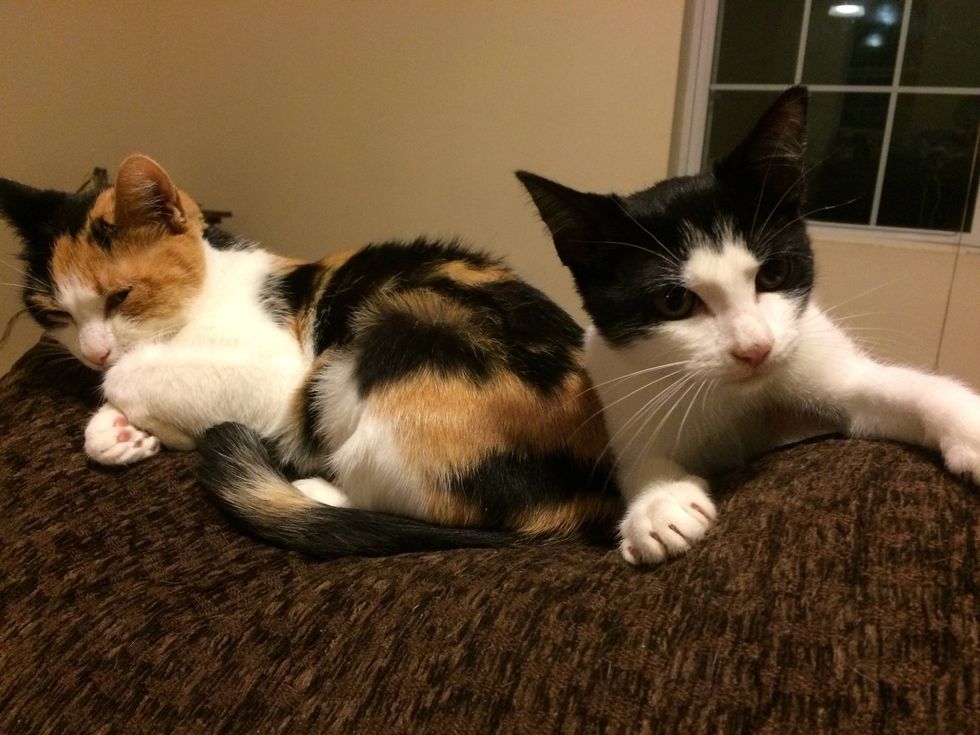 Related story: Cat Found Protecting Kittens Left in the Cold, but the Cat is Not Mom at all