Mama Cat Used Her Last Ounce of Energy to Save Her Four Babies...

A cat who was rescued from a peanut-butter container predicament, didn't make it due to her poor health, but she used her last bit of energy to give birth to four tiny kittens so they could live. 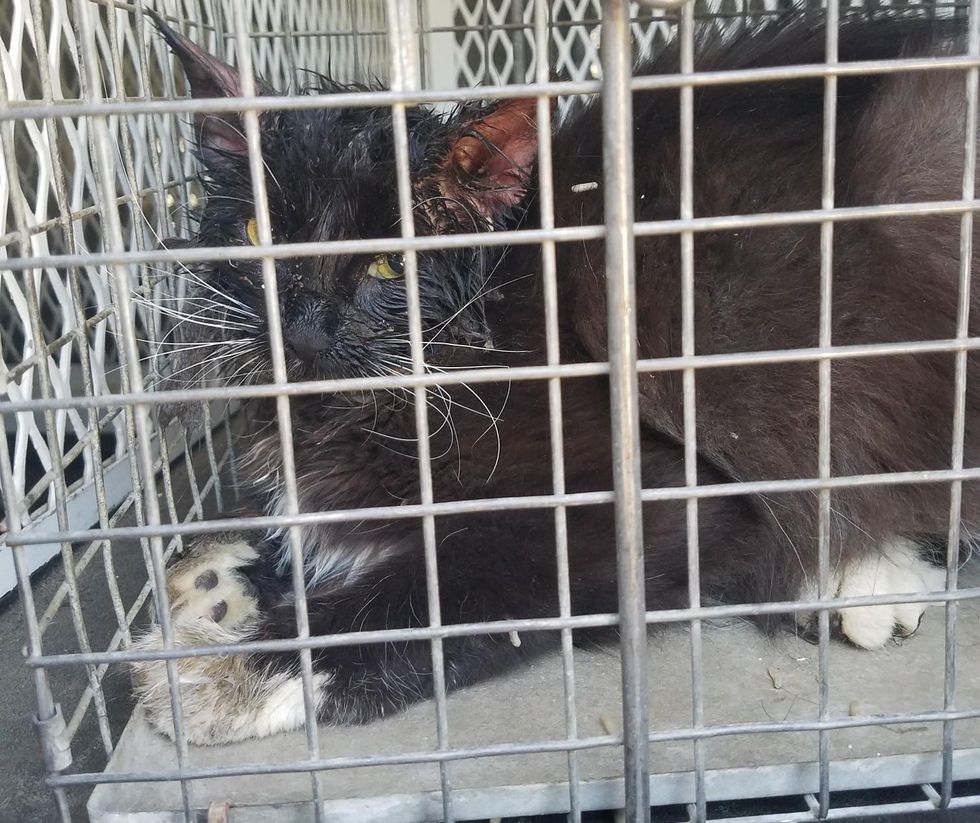 Carra Mathewson, Riverside County Animal Services Officer responded to a concerned resident's call Monday after they found a cat in their yard with a plastic (peanut butter) jar stuck on her head.

Officer Mathewson was able to safely remove the container by using a handheld tool. She brought the cat to the vet where they discovered the devastating shape she was in.

The cat was badly infested with maggots and was immediately rushed to the San Jacinto Valley Animal Campus for emergency treatment. 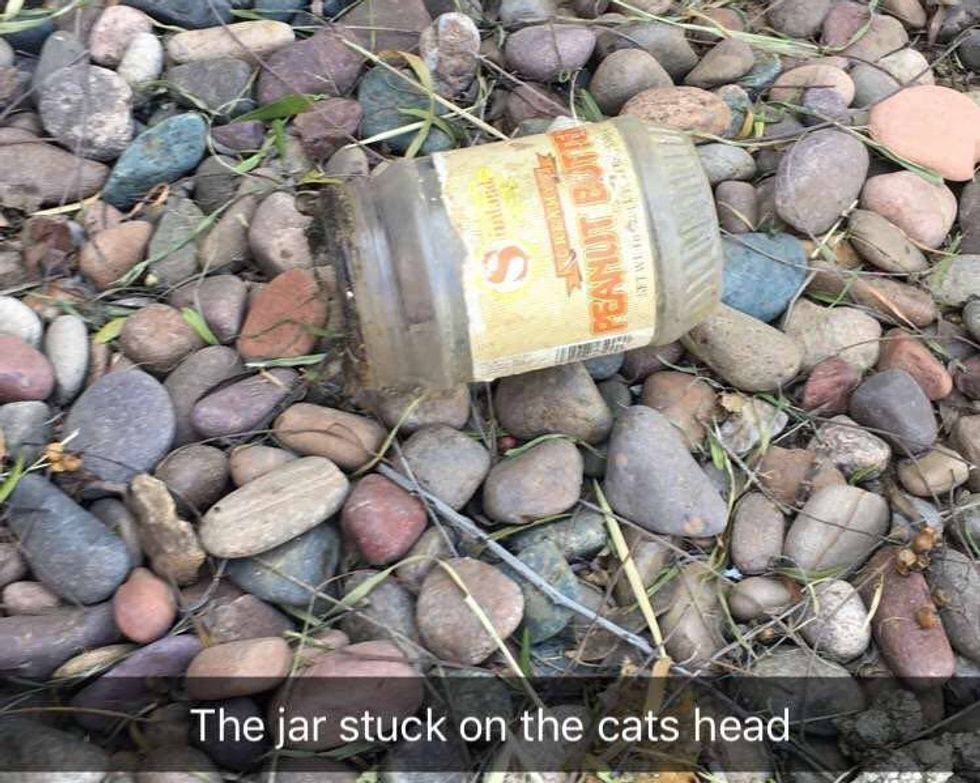 However, her health continued to deteriorate to the point that her body was compromised by the toxicity of the maggot infestation.

But miraculously, they found four tiny babies inside her belly and mama used her last bit of strength to bring them into this world so they could have a chance at a better life. They were named Peanut, Butter, Jelly and Honey. 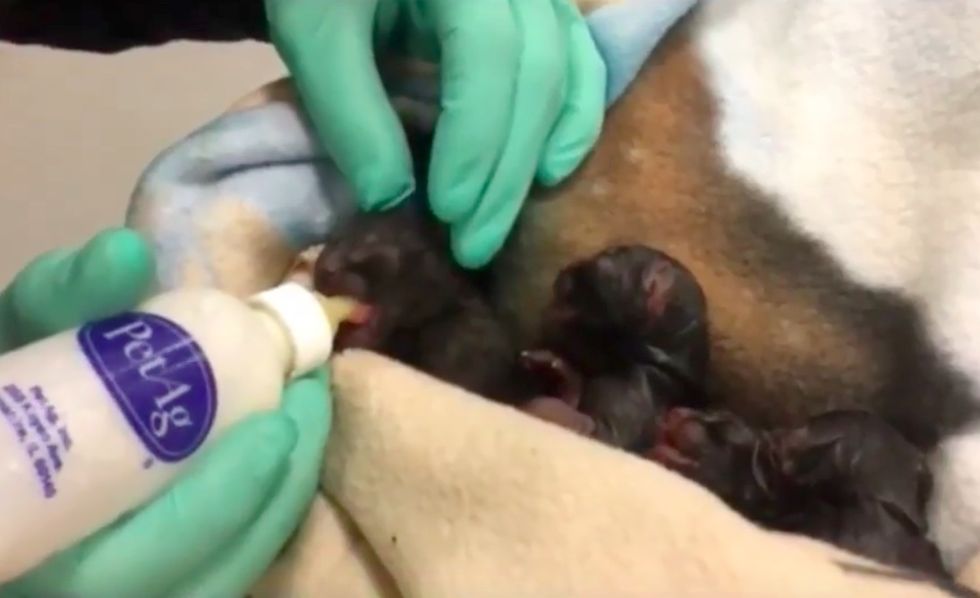 If the plastic container wasn't removed in time, Skippy's kittens wouldn't have been able to make it.

Now the four little furry angels are in the care of the San Jacinto shelter. They are determined to give the kitties a happy and healthy life that their mother would want them to have. 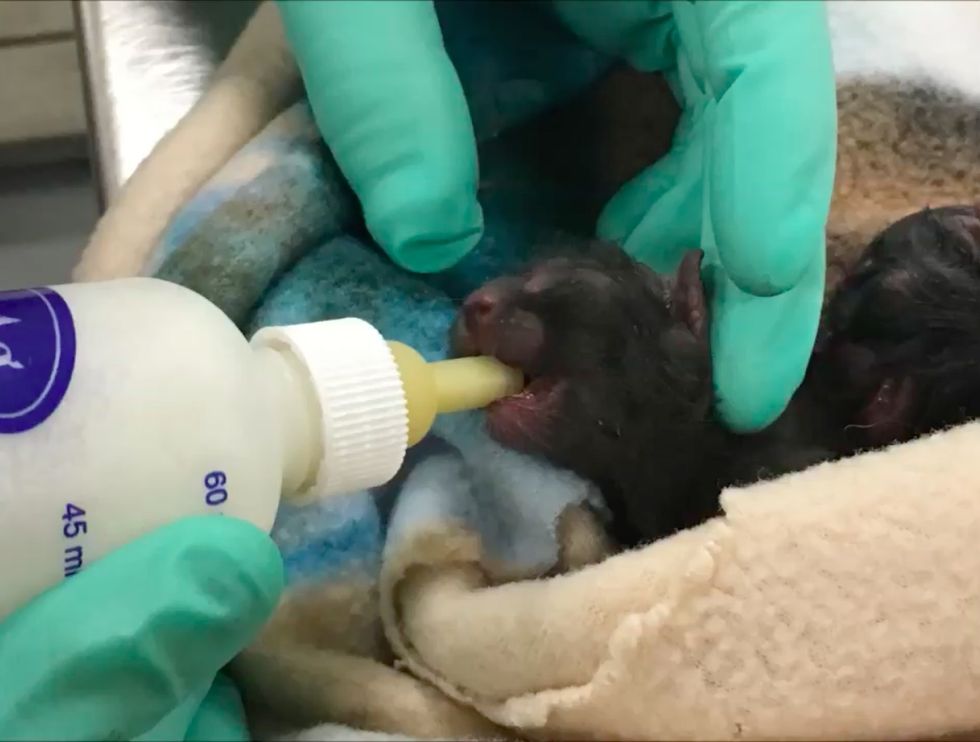 The veterinary team members are bottle feeding the kittens, providing them the necessary nourishment. 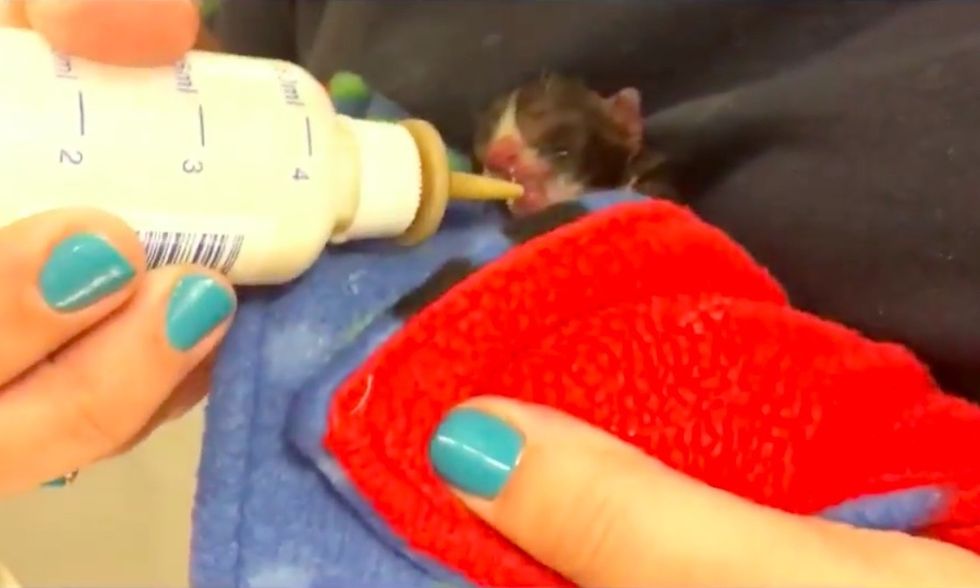 All four kittens are doing very well. Now they have a big family of caregivers that look after them, making sure they get bigger, stronger and live a great life in honor of their mother. 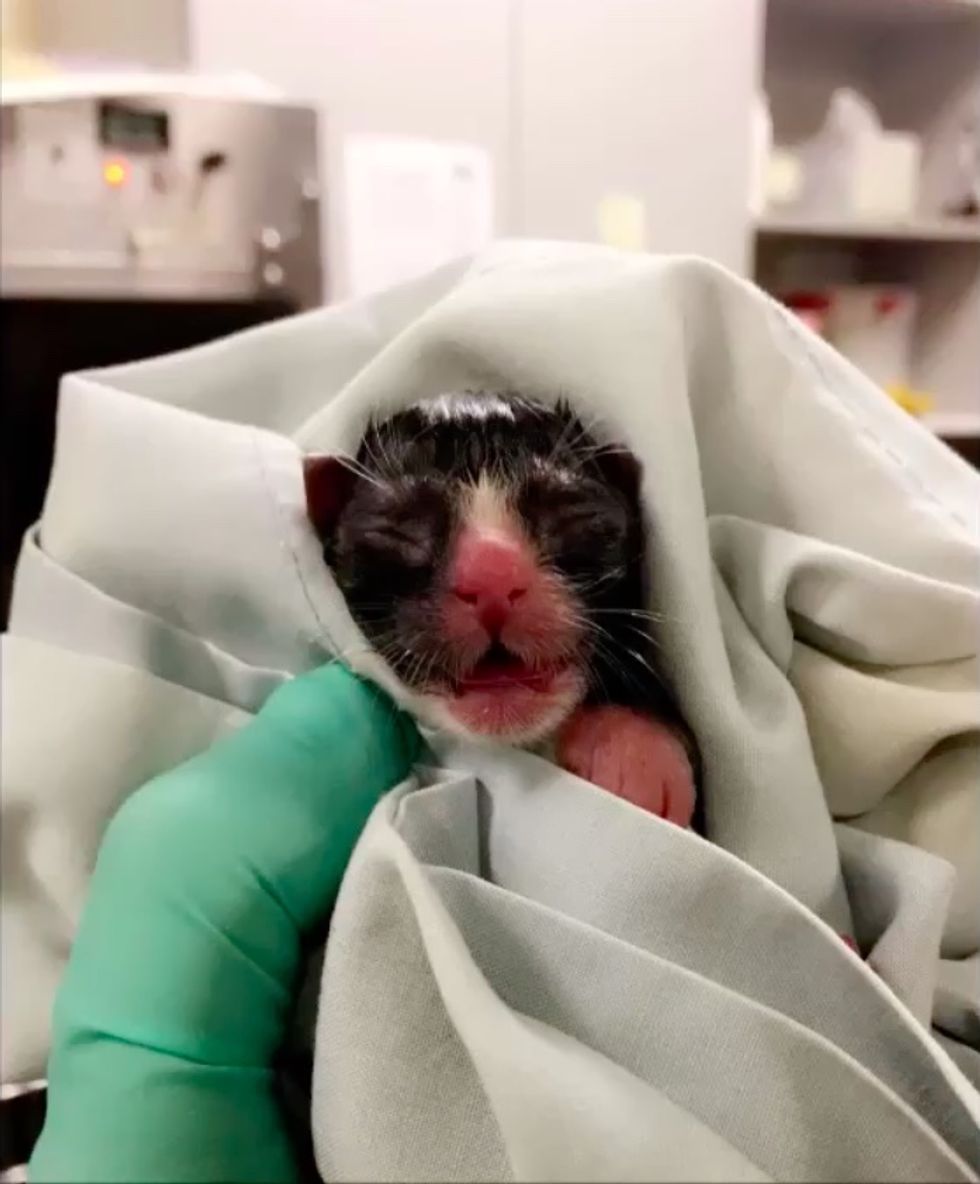