Three little kittens were found at a stop sign when a woman was driving along the road near Shaw, Mississippi. 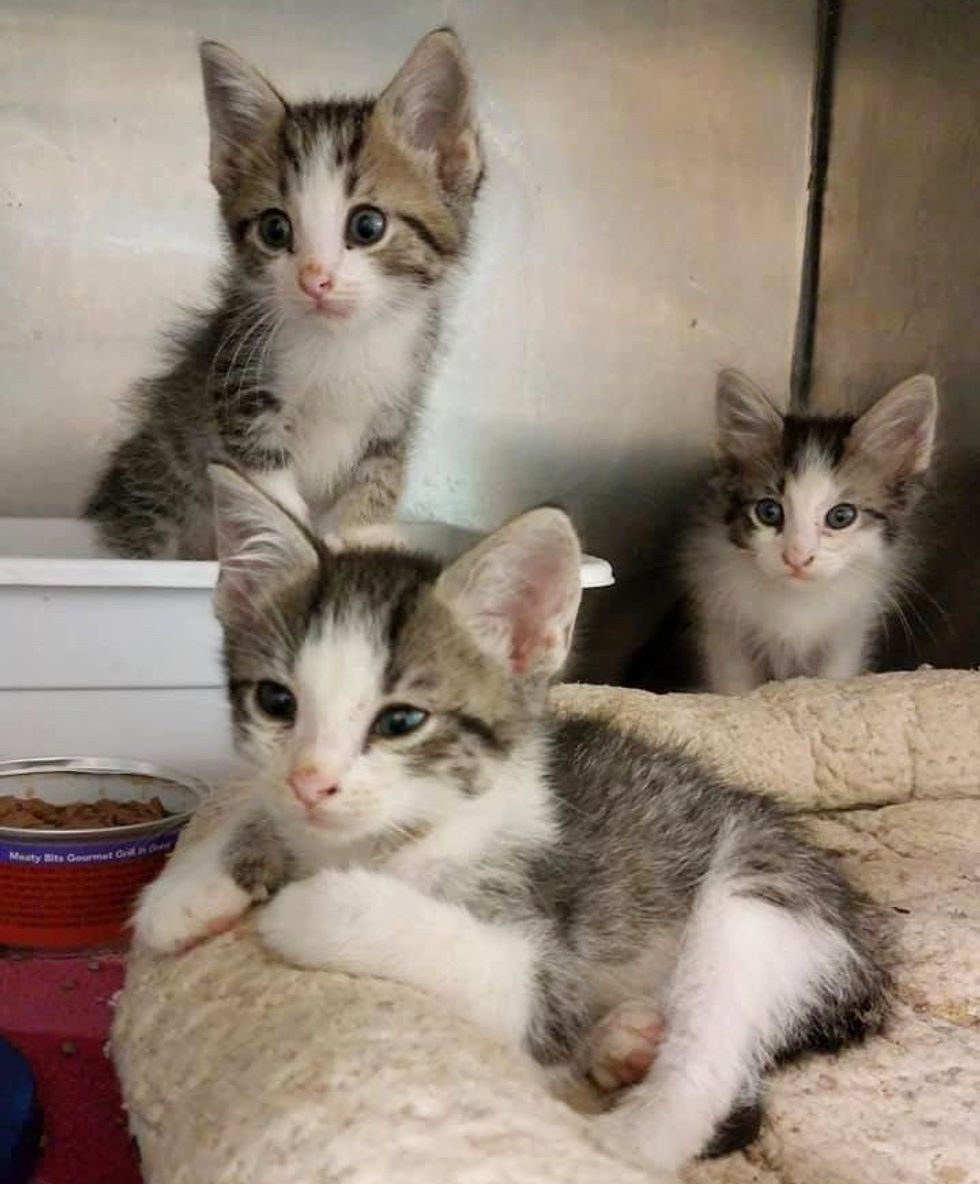 A week ago, a Mississippi resident noticed a bag that was tied to a stop sign as she was driving down the road.

She pulled over when she realized something was moving inside the bag. Upon investigation, she discovered three 6-week-old kittens in need of help and medical attention.

She rushed back to her car with the kittens and headed straight to The Cleveland/Bolivar County Animal Shelter.

"They were covered in fleas, dehydrated, malnourished, and had upper respiratory infections which caused the goopy eyes and runny noses," The Cleveland/Bolivar County Animal Shelter told Love Meow. 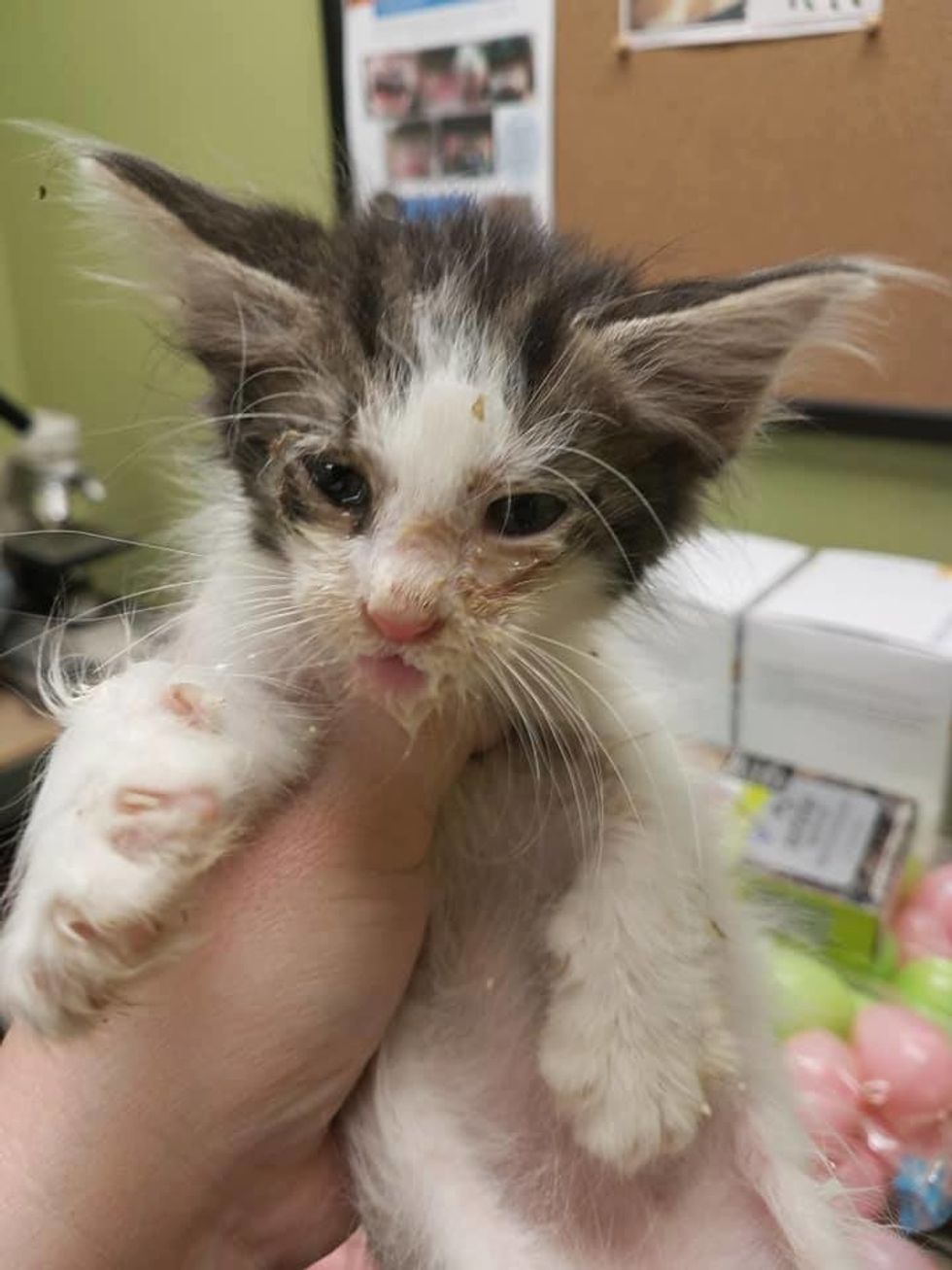 Staff immediately sprang into action to get the kittens cleaned up and start them on fluids and eye mediations. The community also came together to help with their medical needs.

"We gave them antibiotics and eye meds and set them up on heating pads," the shelter said. 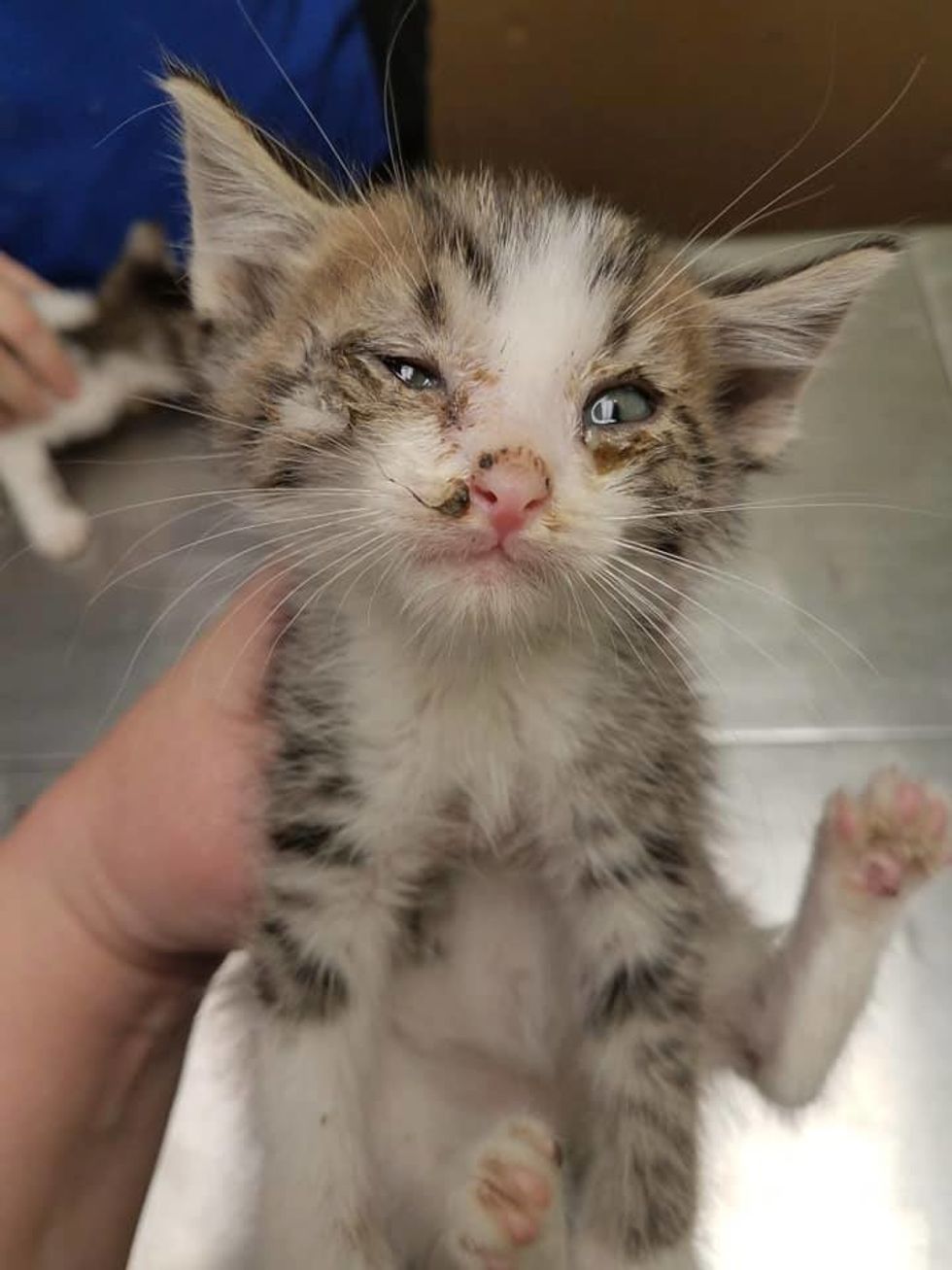 The kittens cuddled up together in a purr pile on their heated bed after the long ordeal. They finally received the treatment they needed and went to sleep with full bellies.

Within a day, they could breathe a lot easier and see much clearer. 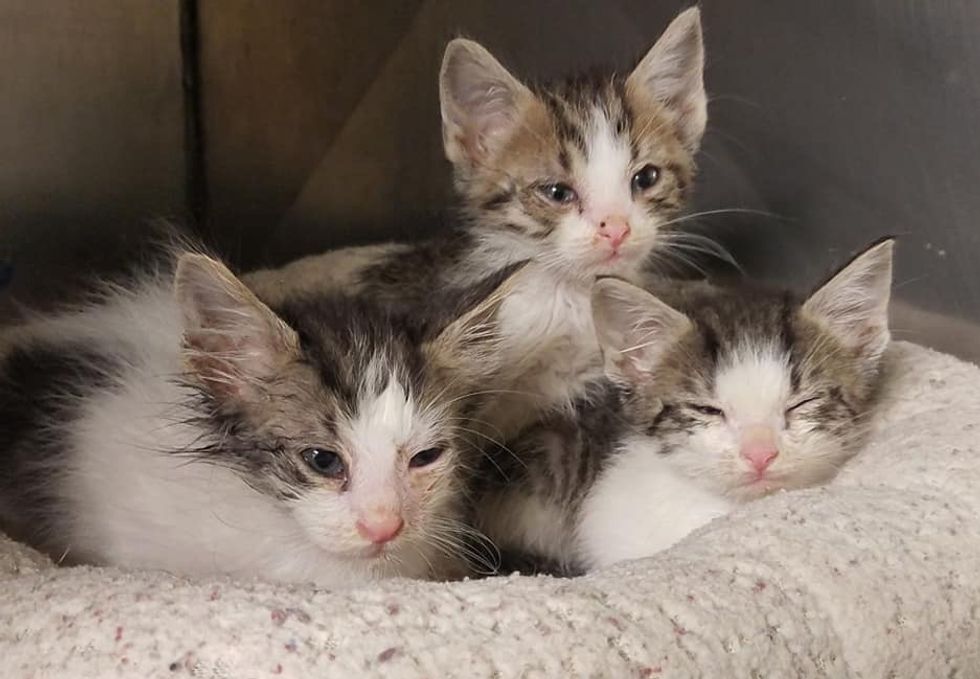 The feline siblings continued to improve. When staff came in the next morning, they got up from their bed and were excited to see their human friends.

"They are eating well and are starting a 3-day round of dewormer," the shelter wrote in an update. 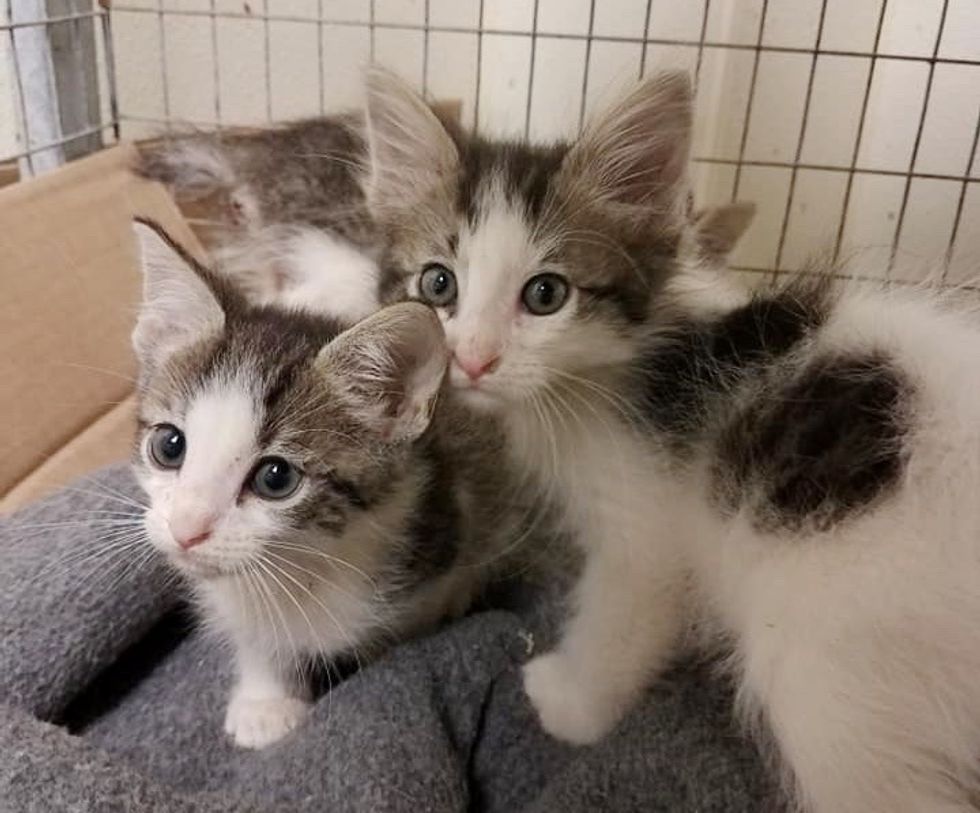 In just a few days, the trio has made a complete 180 with clear eyes and new-found energy. They are hopping around, playing and wrestling with each other just like any other kitten.

"They are doing great. They are fighters," the shelter said. "We have had several rescue groups offer to take them but the community has rallied around these babies so much that we believe they need to be adopted into the community." 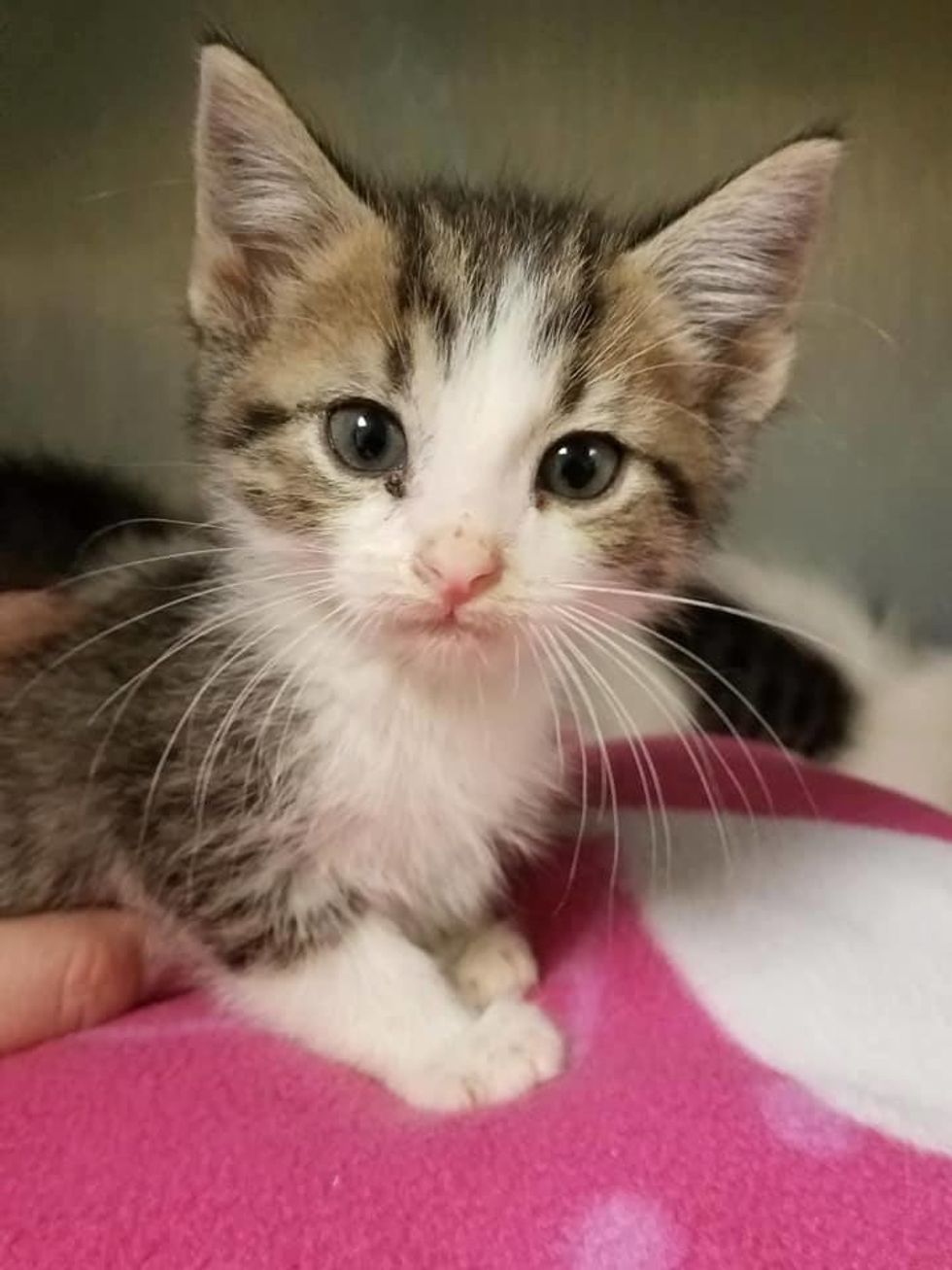 No more stuffy noses or goopy eyes. In a few weeks, they will be ready for adoption and their new chapter of life. 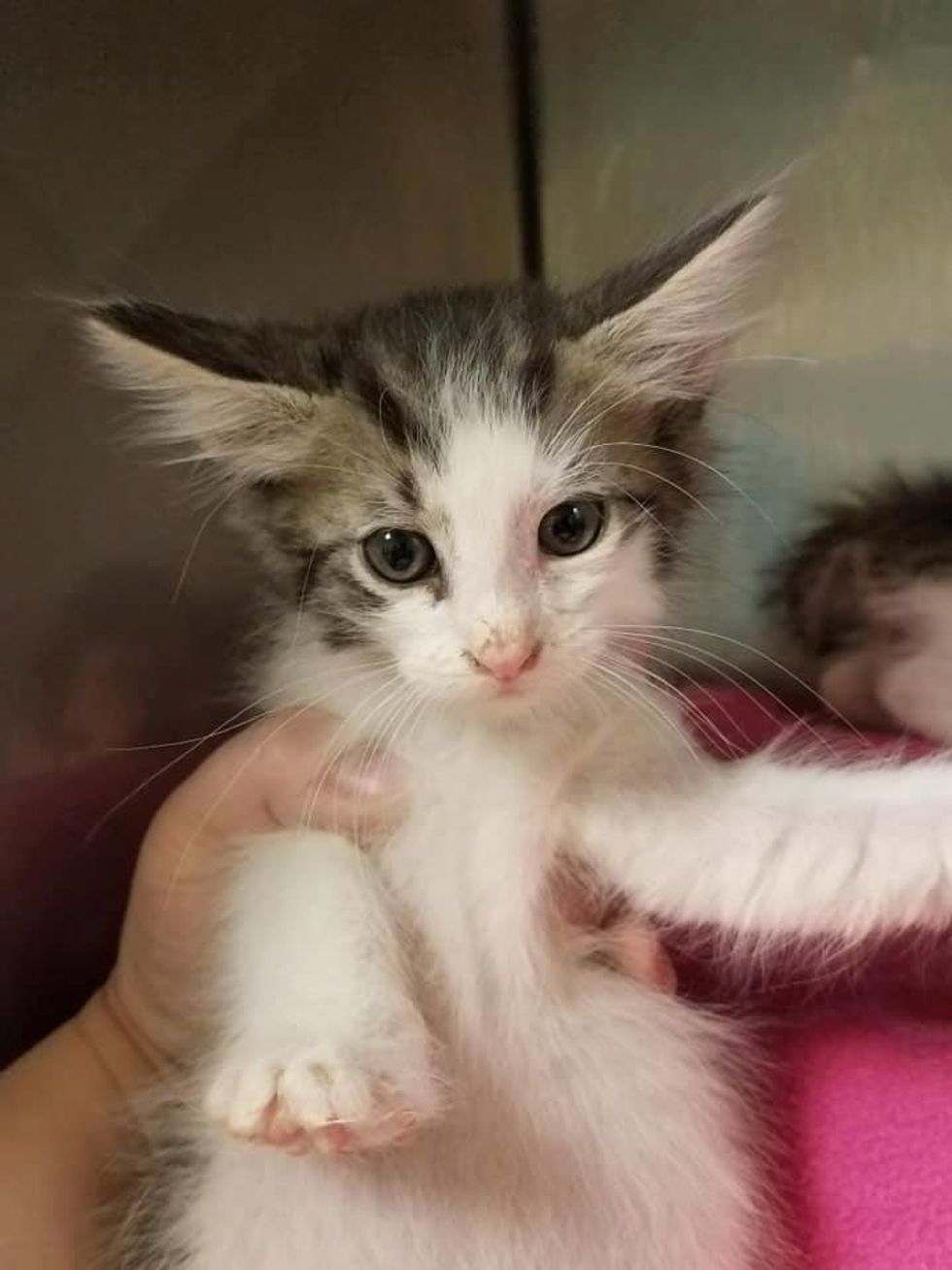 Despite a rough beginning, the stop sign kitties are thriving thanks to the person who found them, staff and volunteers that nursed them back to health, and the community that rallied behind them. 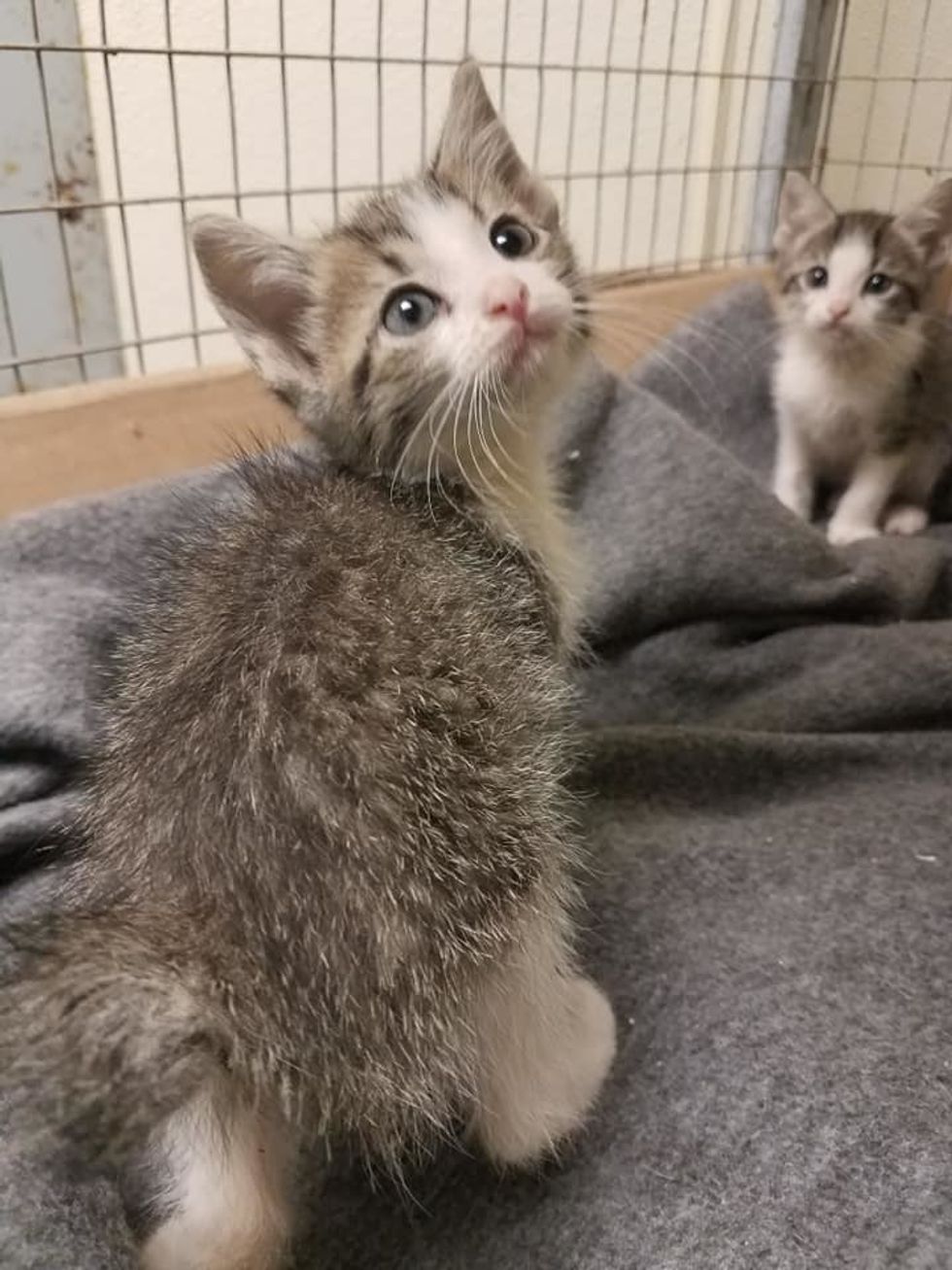 Related story: 5 Ginger Kittens Found Huddled Up in Cabinet in a Garage, Get Help Just in Time