A tabby kitten was found in a parking lot at a daycare center. She was very scared, crying for help. 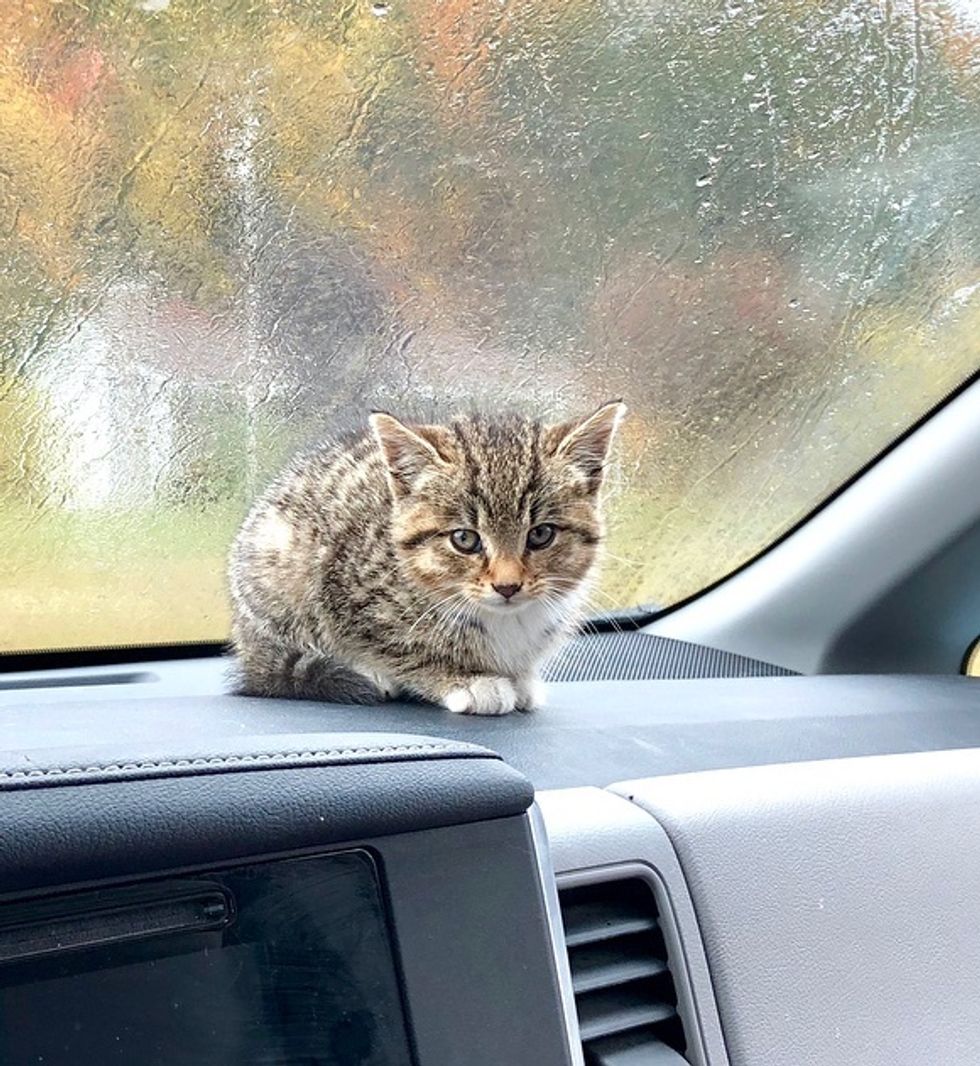 Cathy Blouin from Quebec, Canada, was at the daycare on a rainy day, a few months ago when she heard about the kitten, in need of rescue. "Somebody told me that he heard a kitty crying nonstop outside but he didn't see anything," Cathy told Love Meow.

"I followed the cries that led me between two garbage containers in my daycare's parking. She was there, abandoned, wet, very skinny and she was crying loudly for help."

As Cathy approached the kitten, the little tabby immediately ran and tried to take refuge somewhere else. Cathy went after her and was able to grab her before she ran into the street. "I wrapped her in a baby blanket. She was sneezing and hissing the first 10 minutes but after that she understood that I just wanted to help her." 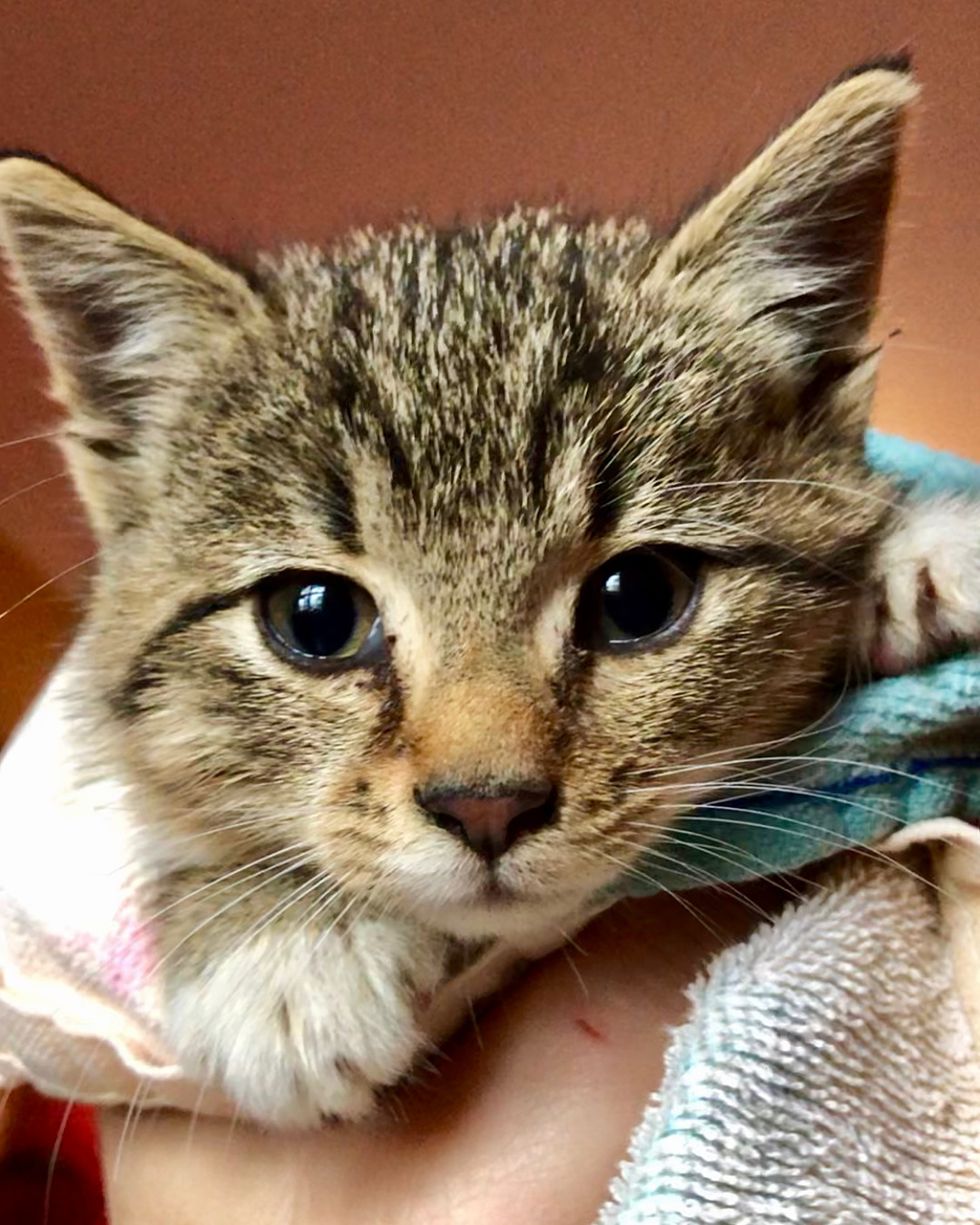 The kitten calmed down as she was snuggled in her rescuer's arms. No one came to claim the kitty so Cathy took her home and made her part of her family.

"She kept purring. She was so happy to have been rescued. The kids named her 'Whippet.'" 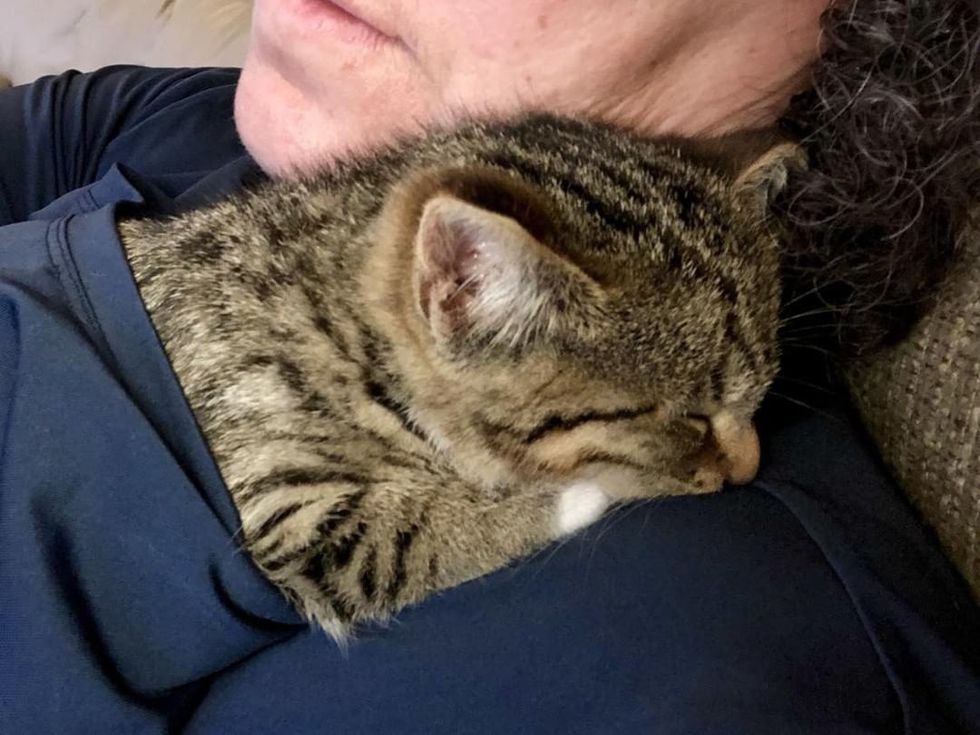 They gave her food, water and a much-needed bath. The kitten quickly warmed up to her new family and eventually fell asleep on Cathy's shoulder.

They have another cat named Oreo, who was very intrigued by all the commotion coming from the room. 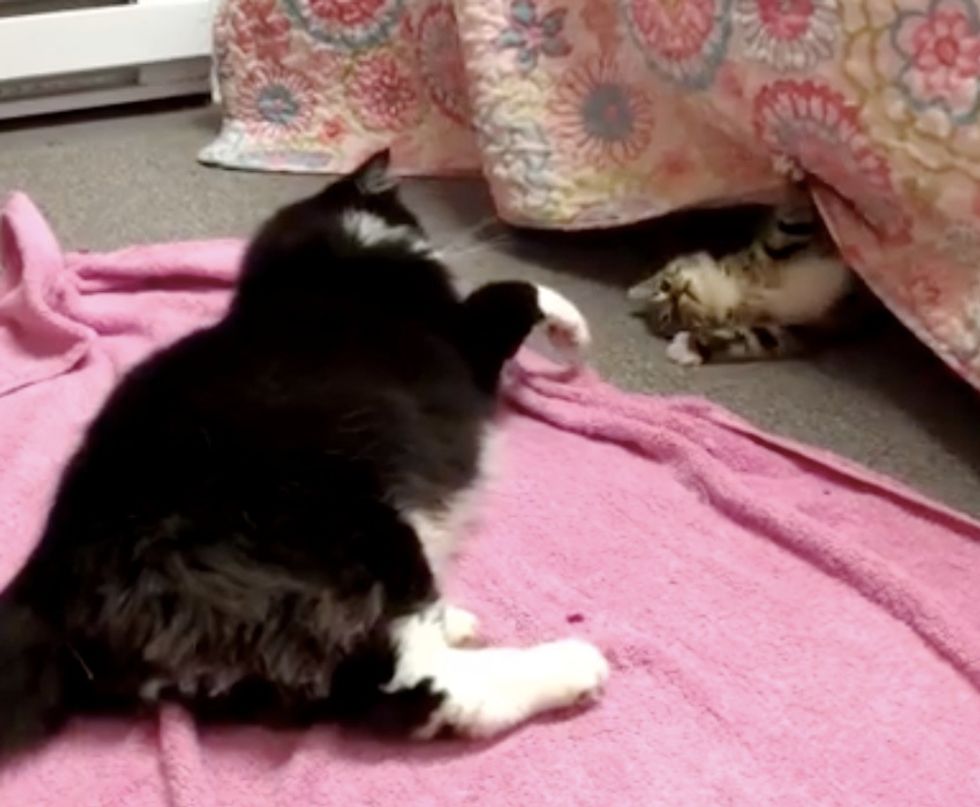 When they were ready to meet, Oreo jumped onto the bed to greet his little friend. Whippet took to him right away, rubbing her face all over him, following him around the house.

"She probably thought he was her mother," Cathy said. "Oreo liked her at first sight and gave her a bath from ears to tail." 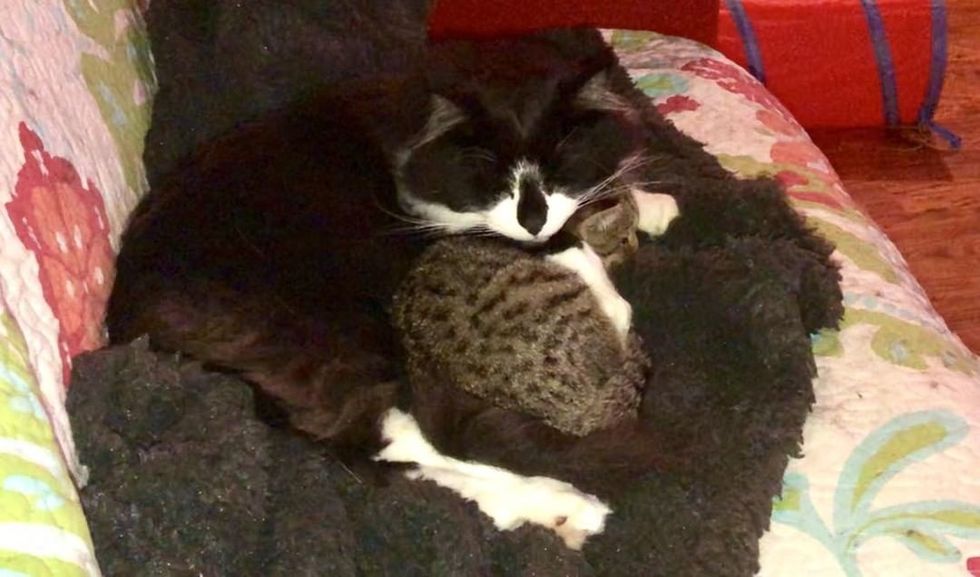 The two have been completely inseparable since. Oreo has taught the kitten how to groom herself and use the litter box. He shows her the food dishes and cleans her after every meal.

Watch Whippet and Oreo in this cute video:

Whippet wants to know everything Oreo is doing and insists on being part of it. 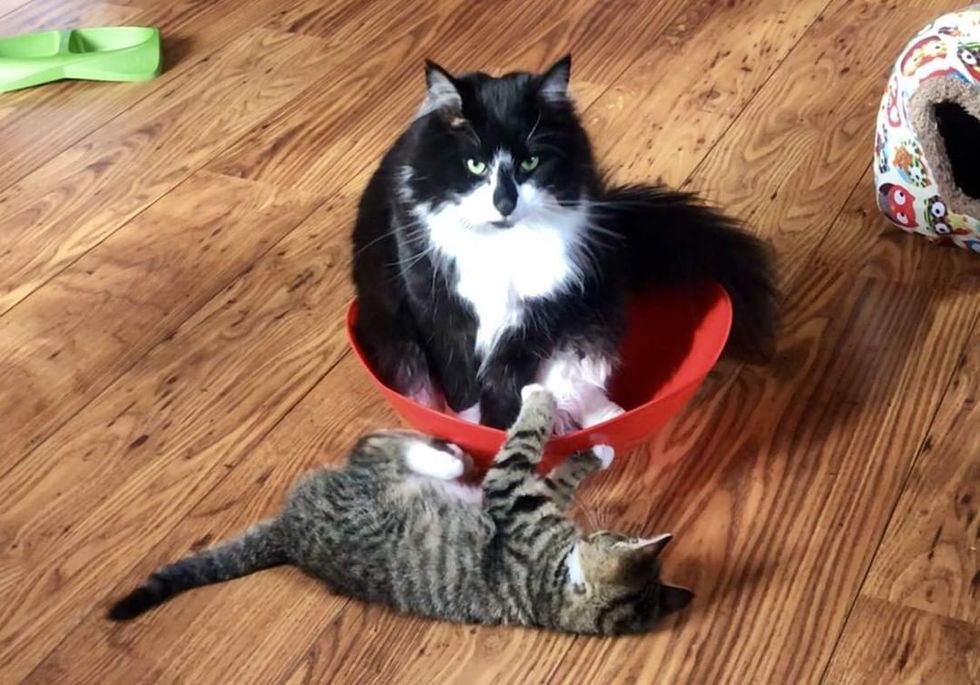 Every morning, Whippet wakes up her humans and roars at them like a big cat, demanding breakfast.

After meal time, she curls up next to her best friend and is ready for a bath before a nap. 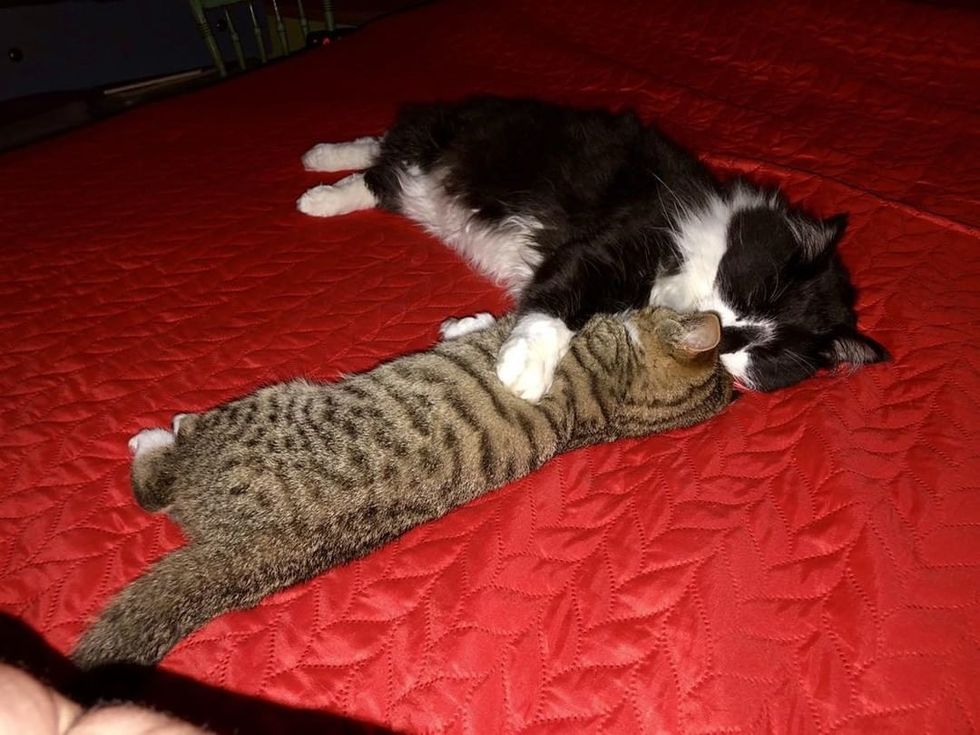 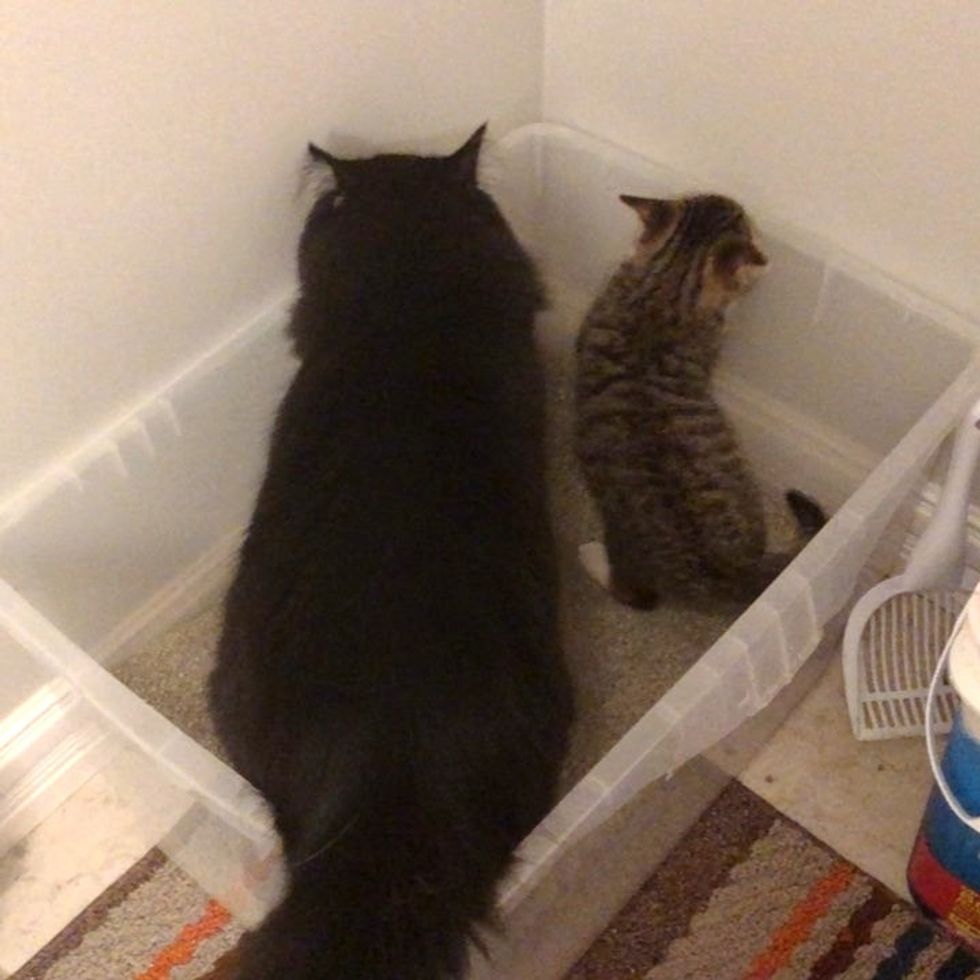 They are always together playing, creating all sorts of antics around the house. 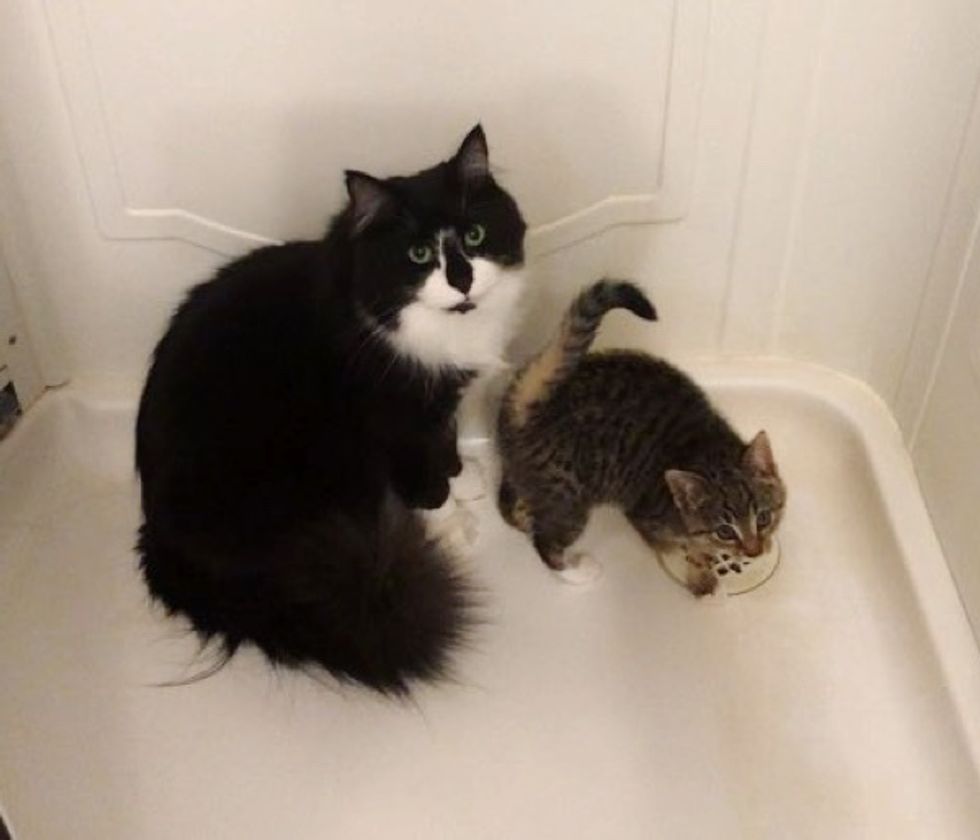 At four months old now, Whippet has grown by leaps and bounds.

She is always Oreo's little shadow and never leaves his side. 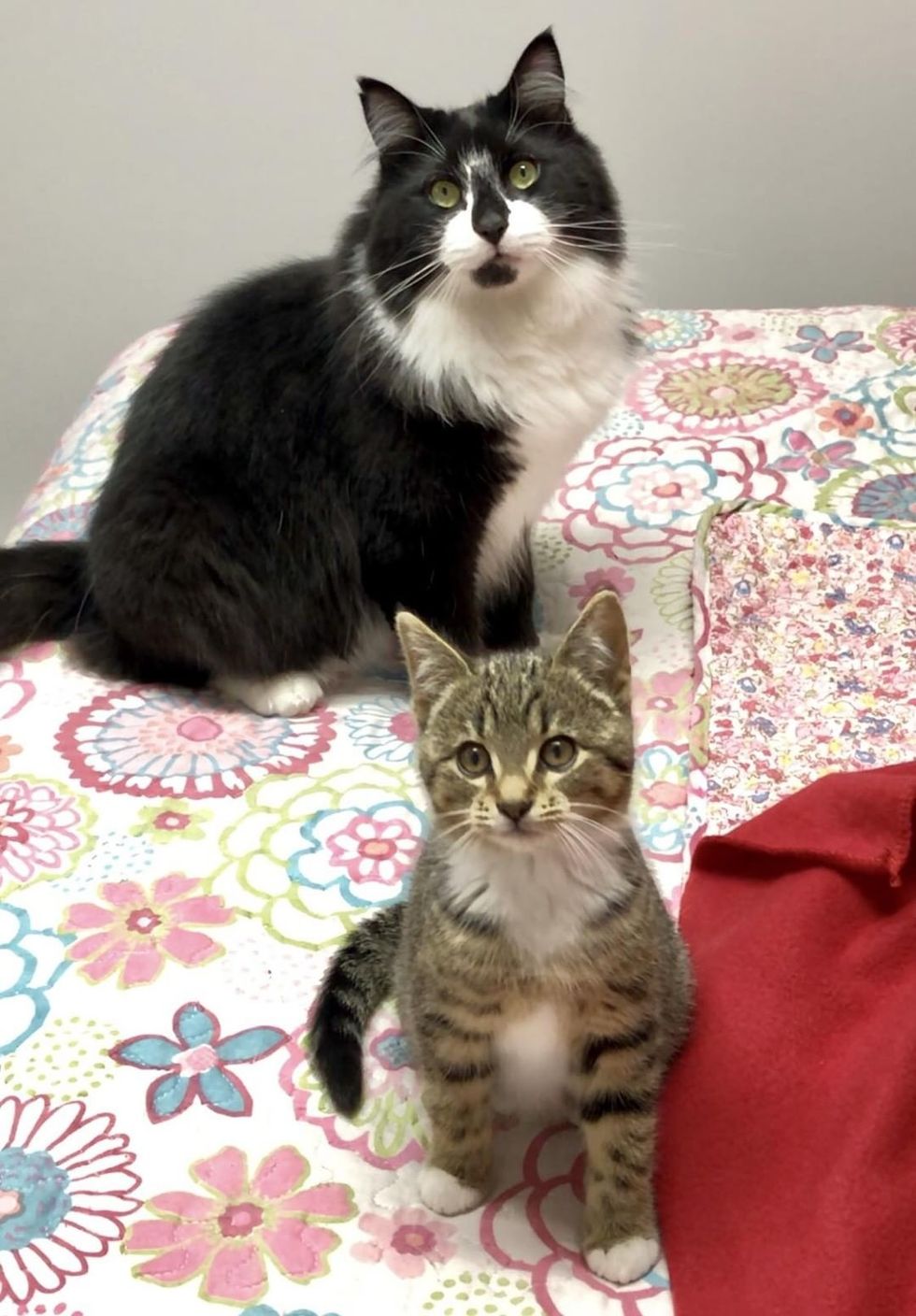 Related story: Stray Kitten Follows Man in Parking Lot and Won't Let Him Go Without Taking Him Along