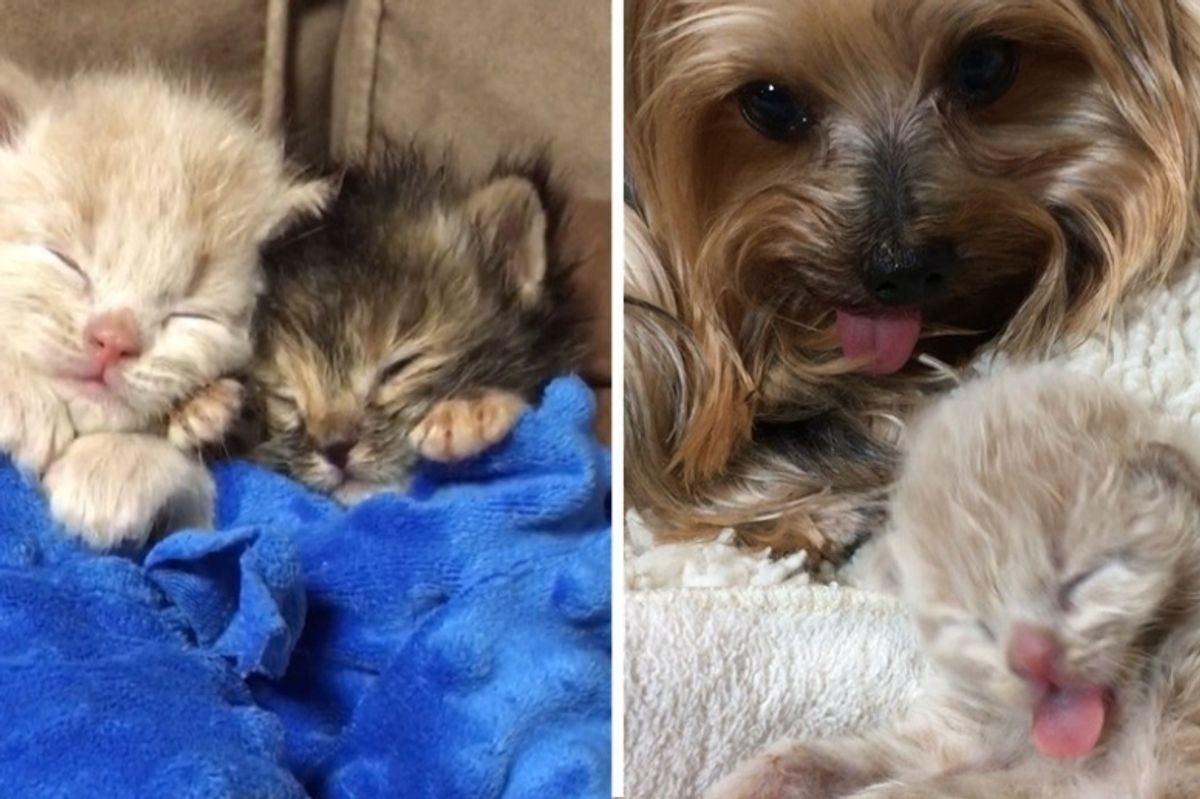 Two orphaned kittens were found on the streets of a neighborhood in North Carolina, crying for their mom who was nowhere to be found.

"These kittens were found outside with no mom in sight. Thankfully, a Good Samaritan discovered them before the rain started pouring," the rescue told Love Meow.

The kittens were two weeks old and needed around-the-clock care to survive. "It takes a lot of work to care for unweaned orphans, and bottle feeding them every 2-3 hours is just the start."

Casaundra Maimone, a volunteer at Juliet's House, stepped up to help. "They didn't have a place to go and we couldn't turn them away," Casaundra said.

She immediately started them on Kitten Milk Replacer and got some help from her Therapy Dog Winnie as their cuddly buddy. The kittens nuzzled right in her fluffy coat and purred up a storm.

They were named Myles and Willow. Winnie became a huge source of comfort for the kittens, keeping them warm, snuggled and loved. The kittens latched on to her as if they were clinging to their mother.

At two weeks old, they weighed about seven ounces each. "Kittens orphaned this small face an uphill battle but we are doing everything that we can to keep them healthy and grow strong."

Winnie's snuggles keep the kittens in good spirits. They are able to sleep well with their canine friend by their side.

"They are a lot of work but it's definitely a very special experience," Casaundra said.

Myles and Willow love nothing more than cuddling with Winnie who reminds them of their mom. With her help, the kittens are thriving.

"Winnie is a kitten magnet."