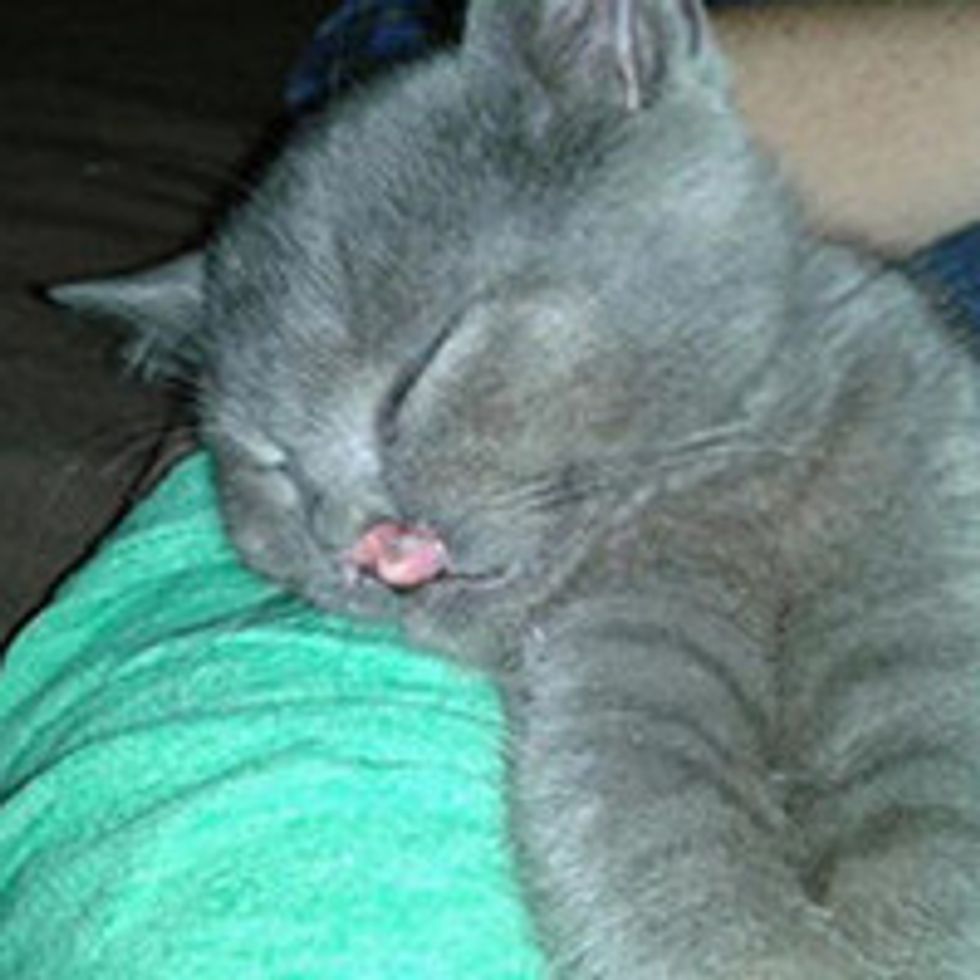 Kitty Born with Cleft Palate May Be A Therapy Cat

Lazarus is a special kitty born with a cleft palate. He has a unique look, and he is so loving that he may just be able to be a therapy cat.

Lazarus was found malnourished in poor shape when he was wandering the streets in a neighborhood. Cindy Chamber, a special education faculty member at East Tennessee State University, was contacted by her student who saw the cat. "She thought, 'He has a disability, so why don't I call my professor who focuses on disabilities in her field and also does some animal rescue work?'" said Cindy via Catster.

Cindy is an avid animal rescuer and fosterer who has a soft spot for animals in special needs. She's taken rescues into her home, and as soon as she saw Lazarus, "and I thought, oh my goodness, this poor little kitten. I was really scared that when I took him to the vet, they were going to say I'd need to put him down."

Lazarus was born with cleft palate, a congenital deformity that left him without an upper lip, leaving his lower fangs protruding. "He looked a bit like a bulldog -- or perhaps an adorable vampire," Catster reported.

Lazarus's month was severely infected, but the little guy was a fighter. "The vet said he's made it this long… he's a trooper. He said if we can get his infection under control, he'll probably make it. That was awesome to hear," Cindy added.

After giving Lazarus antibiotics, his condition improved and he was on his way to recovery, but when he was off medication, his infection returned. It went back and forth like this for a few months until Cindy finally discovered the possible cause of his health problems.

"One of his canine teeth on the top came in in two days. I left town and left him with my roommate, and when I came back he had this gigantic tooth sticking out of his mouth. And I thought maybe the infection was coming from an abscessed tooth."

And she was right. After the vet removed his canine teeth and cleaned out all the infection, Lazarus got a second chance as a healthy kitty. "He had that surgery, and he has not had a single health problem since. Day to day, he's just like any other cat. He's rambunctious, he plays, he cuddles -- he does all the things every other cat does, but at night he sleeps with a humidifier."

Because his unique look and stories, Lazarus is well known in Cindy's department at the University. Many professors even mention him in their classes.

Cindy is planning to train Lazarus to become a therapy pet in hopes to change people's perceptions about animals and people with disabilities.

"My hope is that through meeting Lazarus and hearing a little bit about the other work I do, people can apply those beliefs to people with disabilities. You immediately feel some kind of connection with Lazarus because he has such a great personality and he's just so loving. His disability really isn't a focus. He's just a really awesome cat."