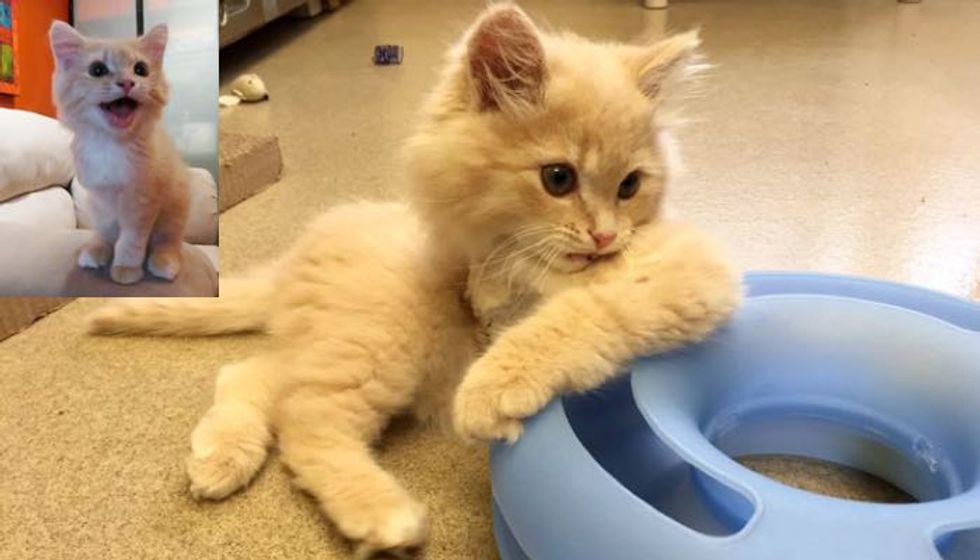 This little ginger boy is SO fast that he doesn't even care that he only has three legs.

Meet Furiosa, a three-legged wonder cat. Despite a difficult beginning to life, he doesn't let anything trip him up. This incredible tripod can tear down the house, racing around, jumping, hopping up the stairs like no other's business.

Furiosa was thrown from a moving vehicle at eight weeks old. He was saved by the people at the Headon Forest Animal Clinic and taken to the Burlington Humane Society after an operation. He lost one of his legs, but gained a brand new life.

While Furiosa was recovering in his forever home, his energy level had never changed. He proved to everyone that having three legs doesn't slow him down at all!

He even figured out how to escape from his nursing pen all on his three legs. "Who needs four legs? Not Furiosa." Follow Furiosa on Facebook.

"Hey, if you think having three legs is going to slow me down... "

Watch video: Playing fetch is Furiosa's favorite game. Look at him go on those three legs!

"He's been through so much, and we were so worried that he would be a shell of a cat because of the trauma, but no! He's a furry little ball of love and trust."

Cuddling with his human dad and soaking up the love.