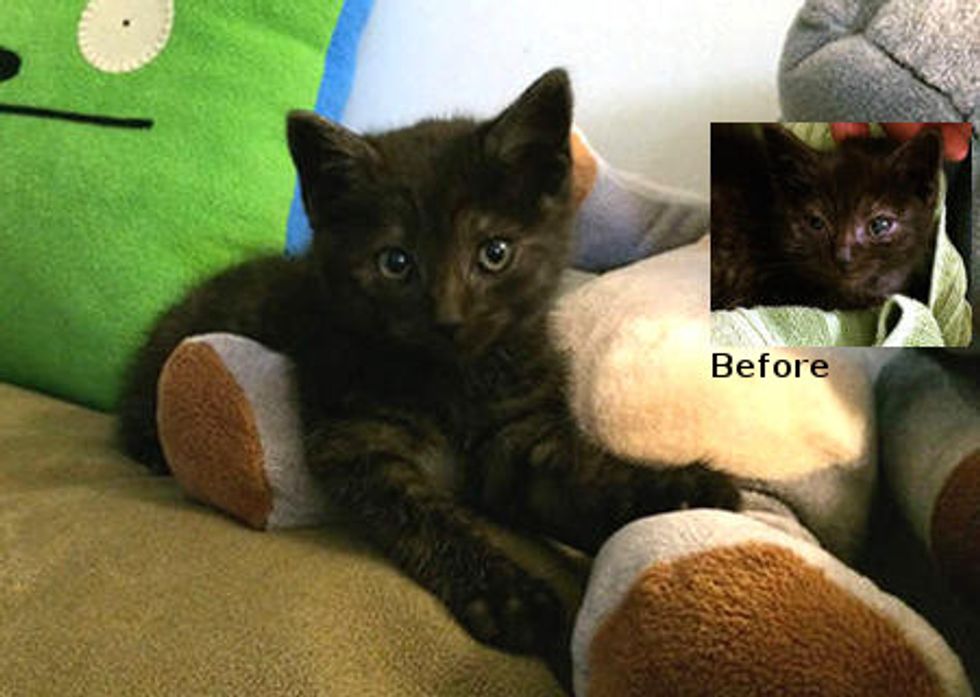 This is Kratos. A kind couple found him running for his life on the highway. "But now he is happy, and is never far from my side," Kratos' human dad wrote via reddit.

"My wife and I were planning on rescuing a cat from a shelter soon anyway… but I never thought we would find our kitten the way we did," he added. "We were driving to see Bill Cosby and saw one kitten in the road on the hill but thought it was trash or a rabbit or something, then about a quarter mile down the road there was Kratos running off the highway…. Fortunately he ran towards the trees and we were able to catch him. Someone else stopped to help out, but thought he was going to die so we decided to bring him to an e-vet and see if he would pull through. He more than did that, and quickly recovered from an eye laceration."

"He was maybe 6 weeks old when we found him, so that kind of helped out a lot. He actually was quite affectionate once he got over the whole being on the highway thing."

Kratos was found running for his life on the highway.

The couple that spotted him, stopped to rescue the kitten. They took him to the vet to have his eye wound treated and decided to adopt Kratos.

This is what Kratos looks like at his forever loving home. "Now he is happy, and is never far from my side," Kratos' human dad wrote.