A man was greeted by a friendly cat with very interesting markings when he opened his car door. The kitty has white colored ears, nose, and paws, resembling an inverted panda. 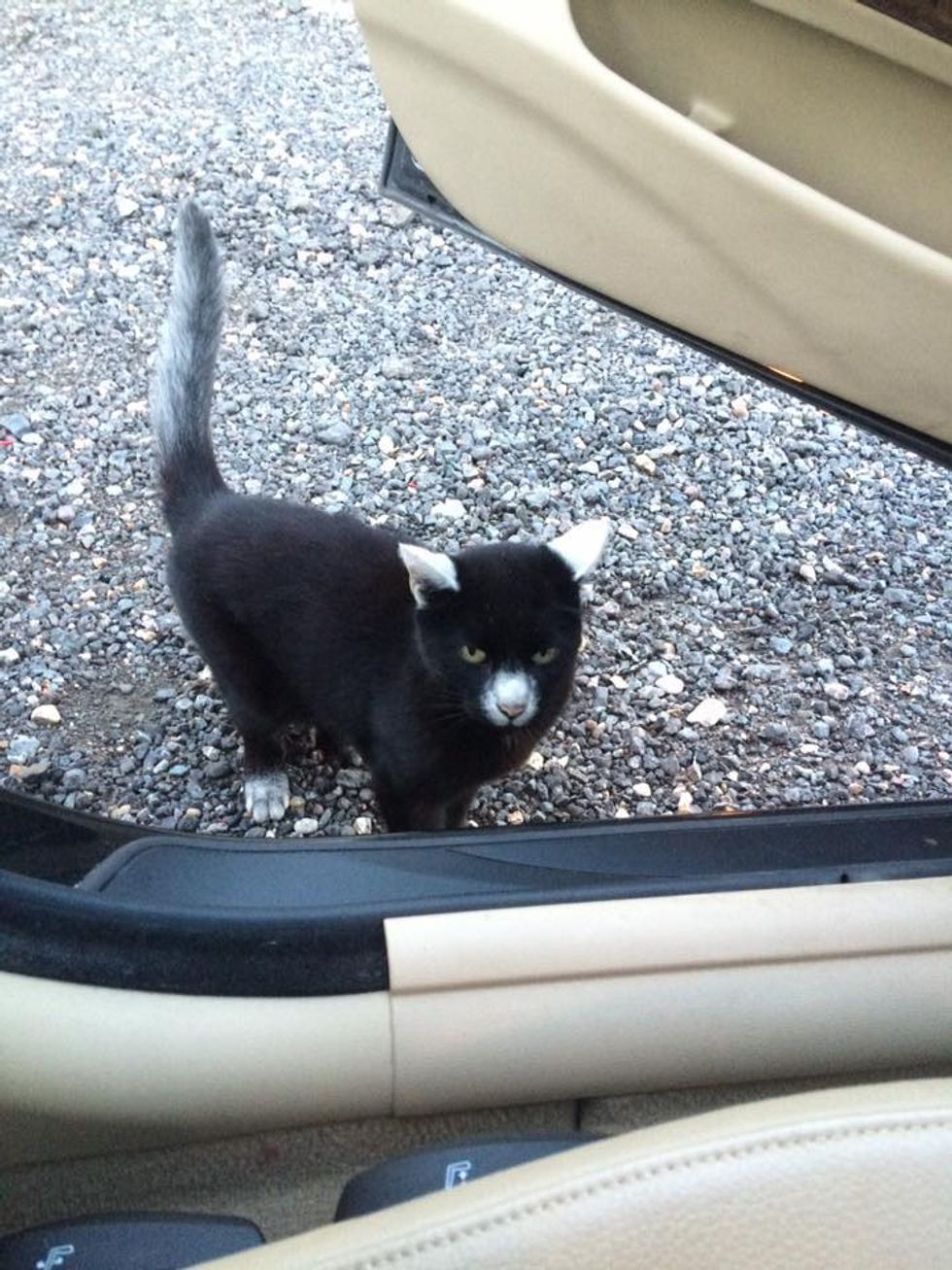 This gorgeous cat lives in the UK. He has a skin condition called vitiligo that happens rarely in animals, but when it does occur, it is most often seen on black cats and usually causes loss of pigment on the face and feet.

"He lives at a veterinary farm...," Danny Redmond said. "He goes up to everyone and gets in their cars. He loves people."

This beautiful friendly fur buddy is well loved in the neighborhood and has a loving home with a veterinary family. 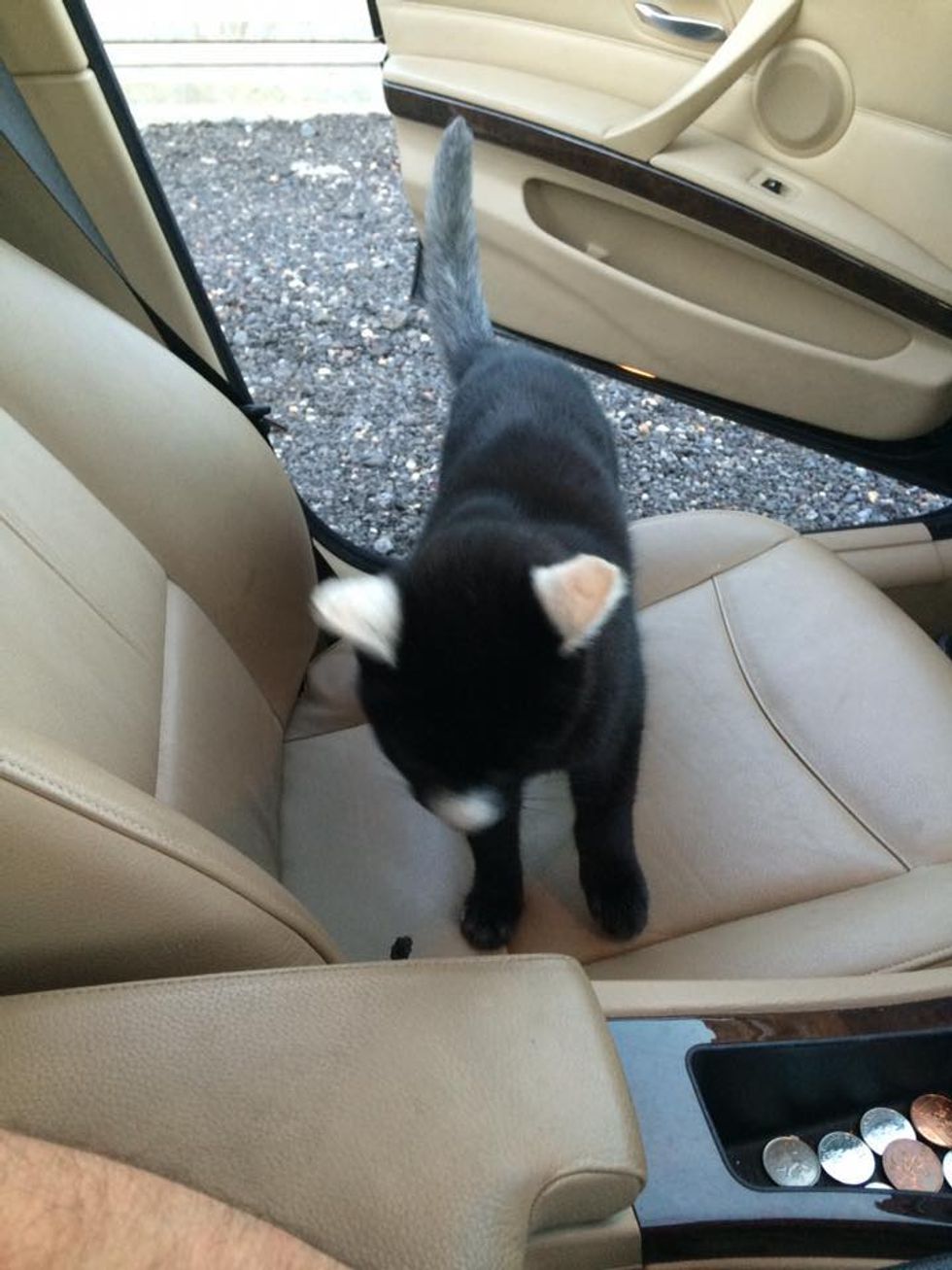 There are several types of vitiligo seen in cats. White spots that appear on the coat usually become more extensive with age until the kitty has a white lace pattern on the black coat.

Panda Kitty hops into the man's car for a quick feline inspection. 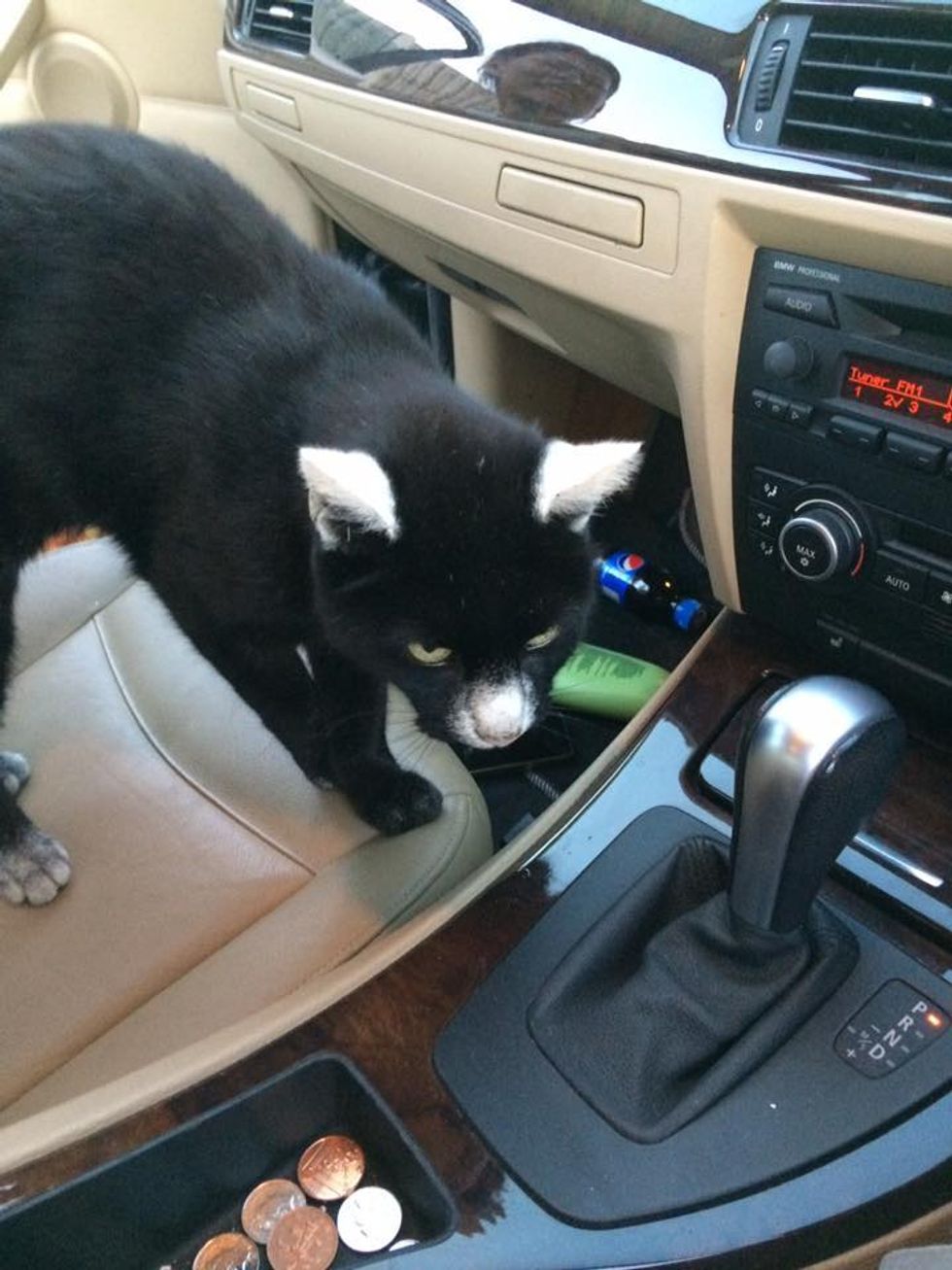 He's quite a looker! 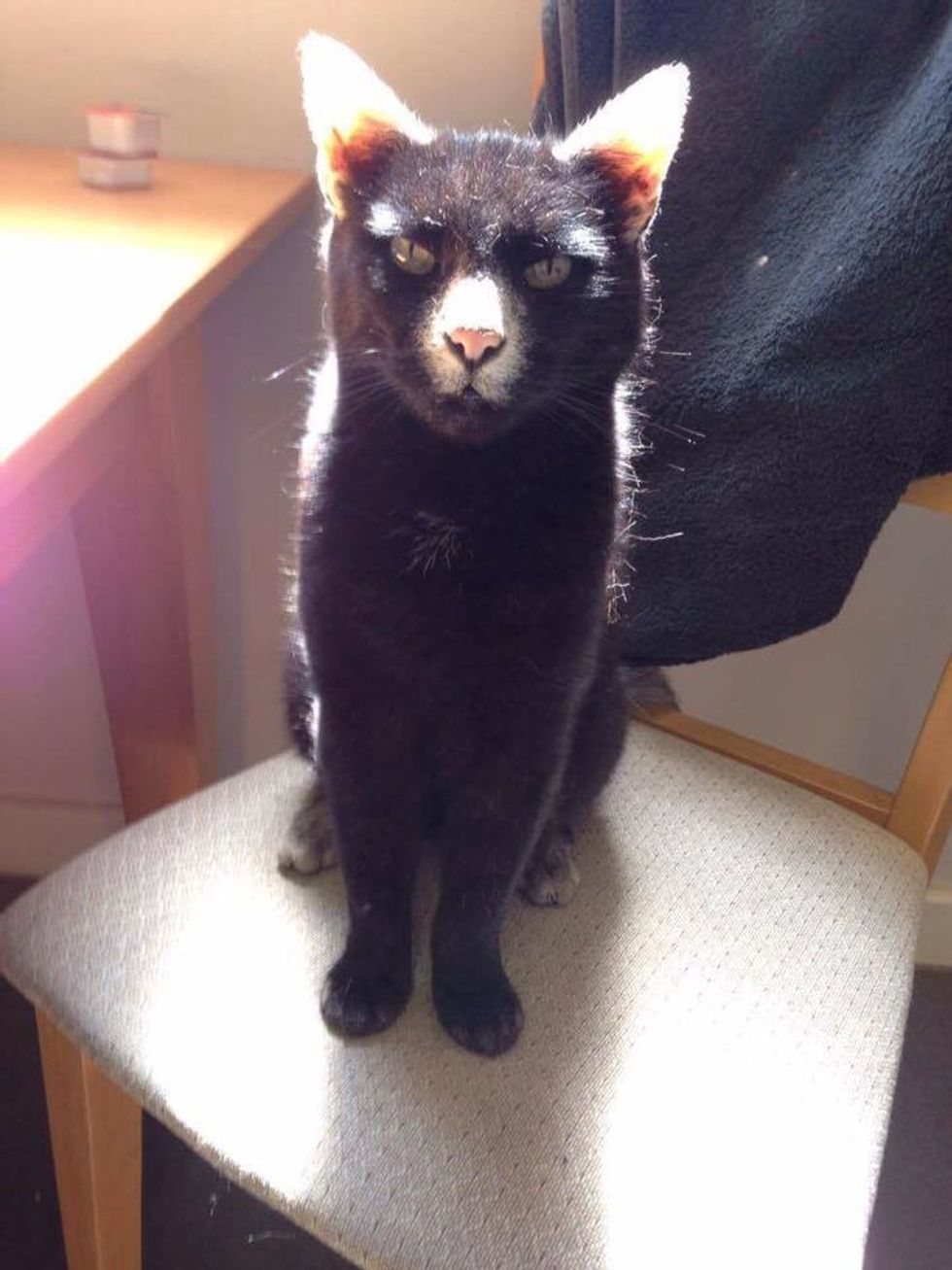 Just like Panda Kitty, Scrappy the cat has turned its black fur into a beautiful snowflake like pattern.

Nap time after a long day of fun. 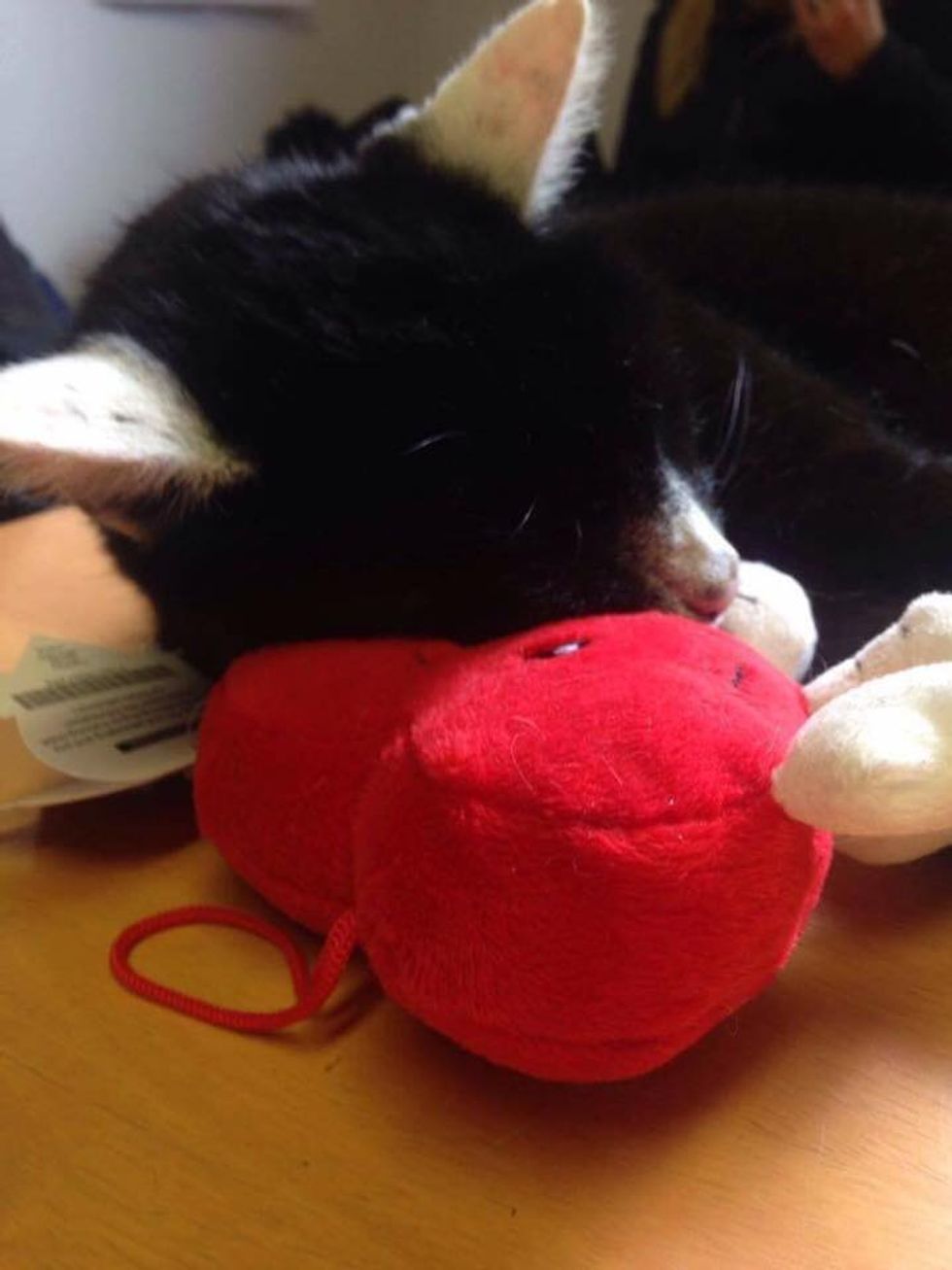