Man Left His Job, Sold Everything to Travel With Cat Who Rescued Him During Toughest Time

A man left his corporate job so he could pursue his dream to travel with his beloved feline friend who had rescued him during the toughest time.

Meet Willow the cat and her cat dad Richard! 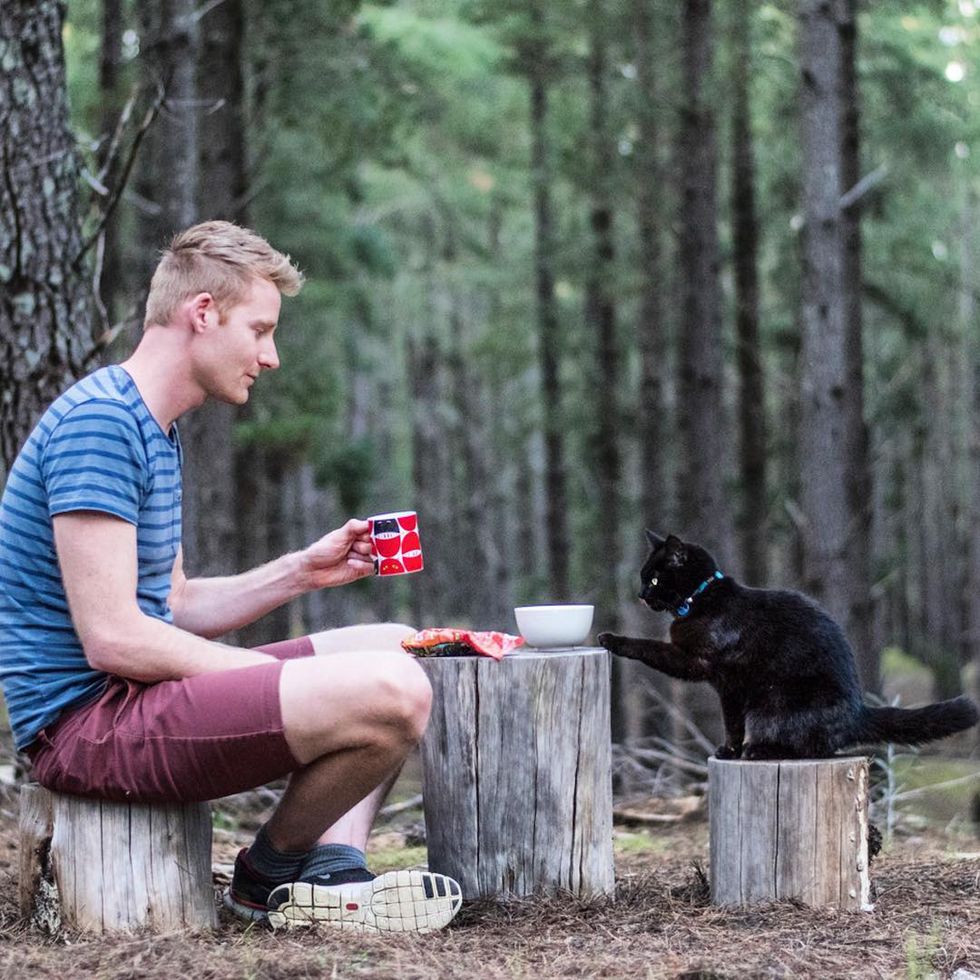 Richard East has been traveling with his trusted friend Willow since he left his job in 2014. After spending 10 years in corporate Australia, he took a leap of faith to pursue something he'd always wanted, but he couldn't do it without his best friend, Willow.

Willow was two years old when Richard met her through his ex-girlfriend. She was adopted from a shelter in Hobart, Tasmania. Soon the kitty took a liking to Richard and was always there to keep him company, following him like his shadow.

During Richard's toughest days, Willow never left his side. When Richard's ex-girlfriend told him that she wasn't able to keep her cat any more, he happily offered to look after her for the rest of her life. 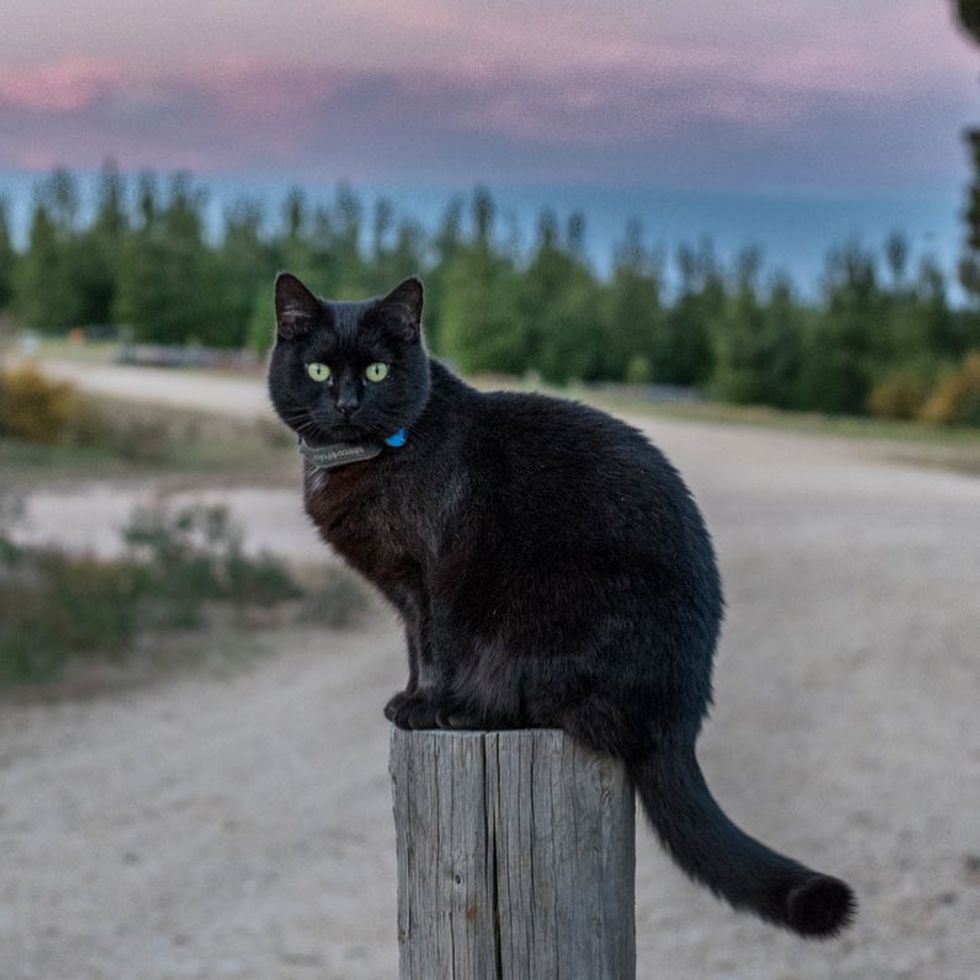 "Willow is very sweet and loving. She loves cuddles and is very affectionate," Richard told Love Meow. "I felt that when a cat is adopted, you have lifetime responsibility to look after it. So I just made it work."

After quitting his job, he sold most of his possessions, packed his stuff and started a new life journey with his best friend Willow. The two headed off to new adventures together in a van in December 2014. 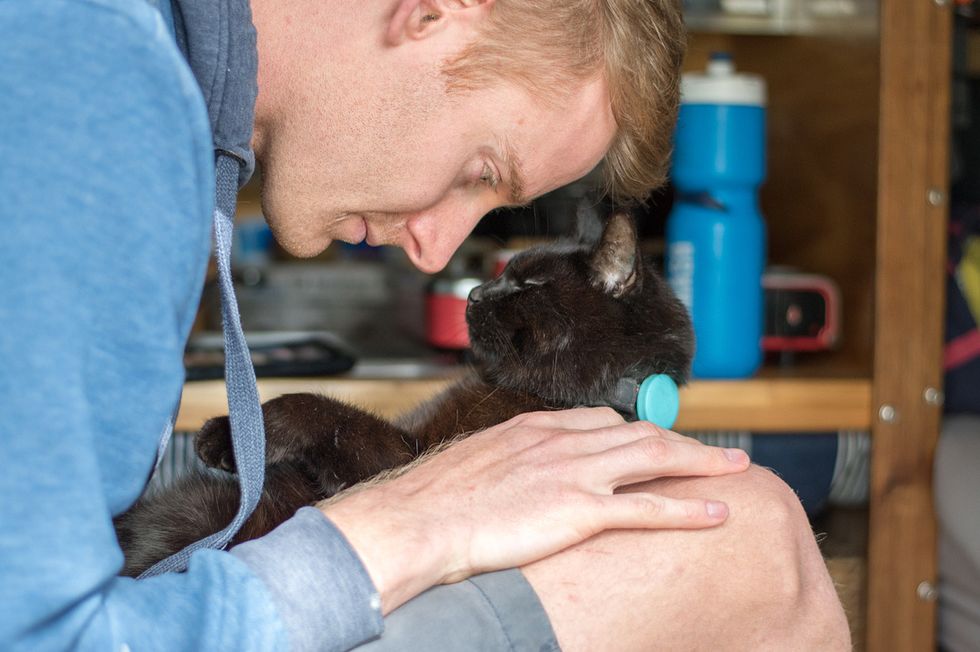 "You'd be surprised how many take their adventure cats on the road, there are literally dozens of us!

"Staying at Wunjunga for two nights I was joined by Samara and Glen with their meow meows Batman and Kitty," Richard told Love Meow. 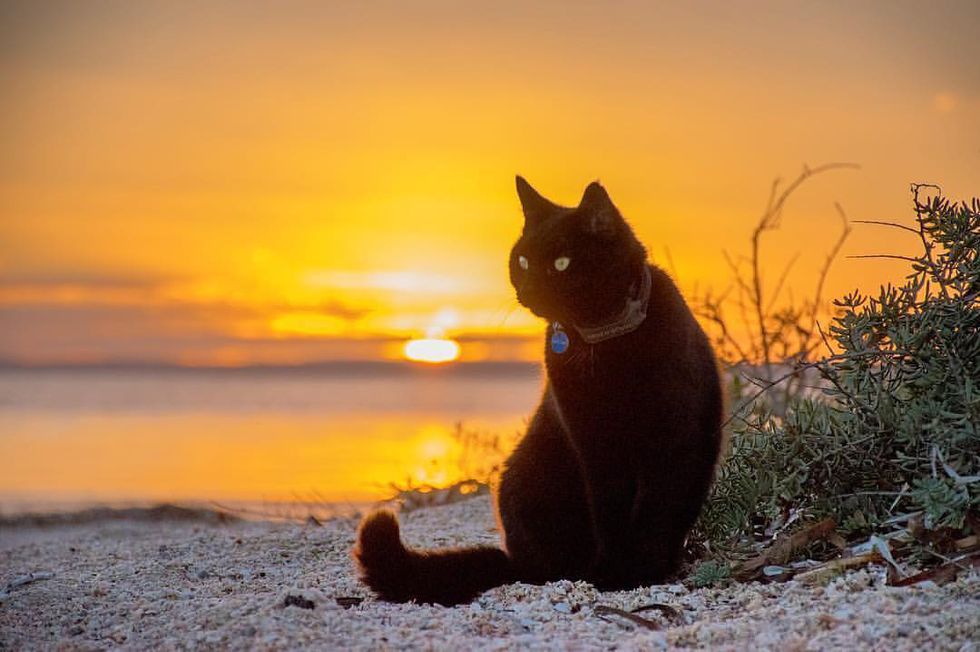 "The little black adventure cat... really took a chance when she rescued me. The little cat who has made my van into a home and the whole of Australia her backyard."

Since 2015, they have made it all the way across the top of Australia and spent an amazing summer in Perth. 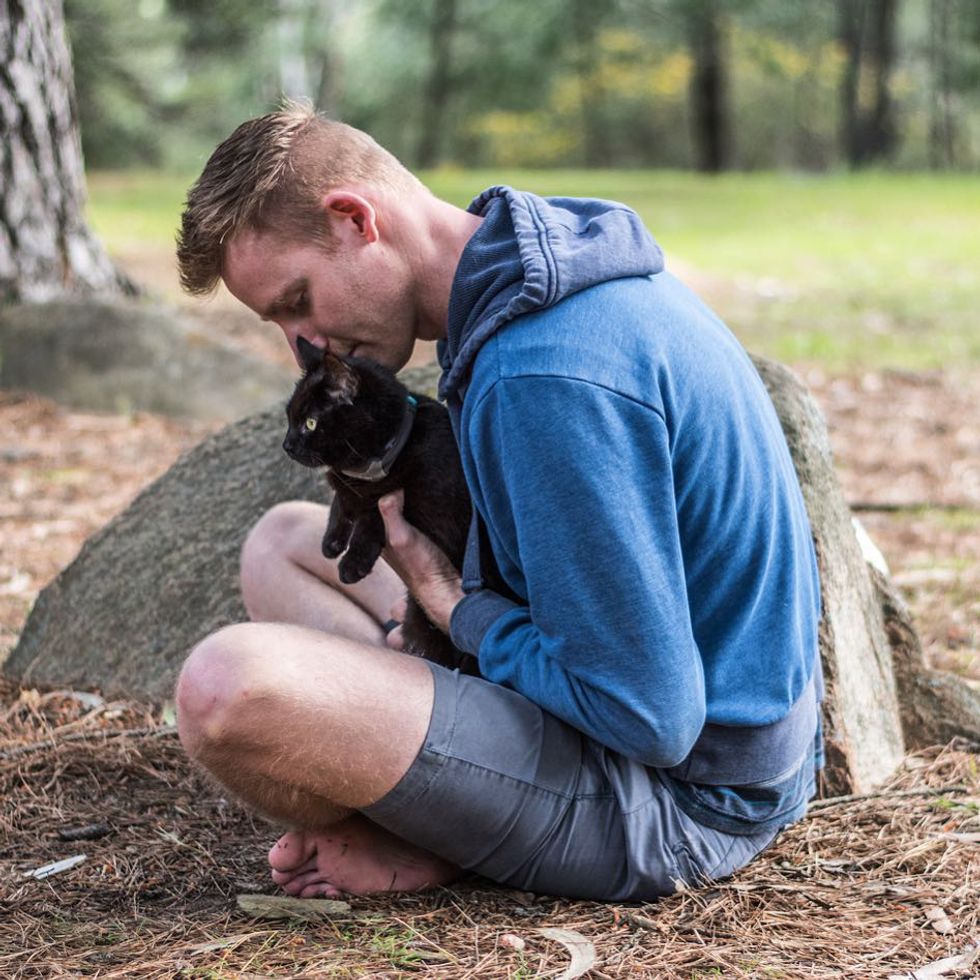 "This year we finally made it to South Australia which means Willow has now visited every state and territory in Australia. (I like to call this a Purrfect Eight )," Richard told Love Meow.

Amazing life and journey with his best friend. 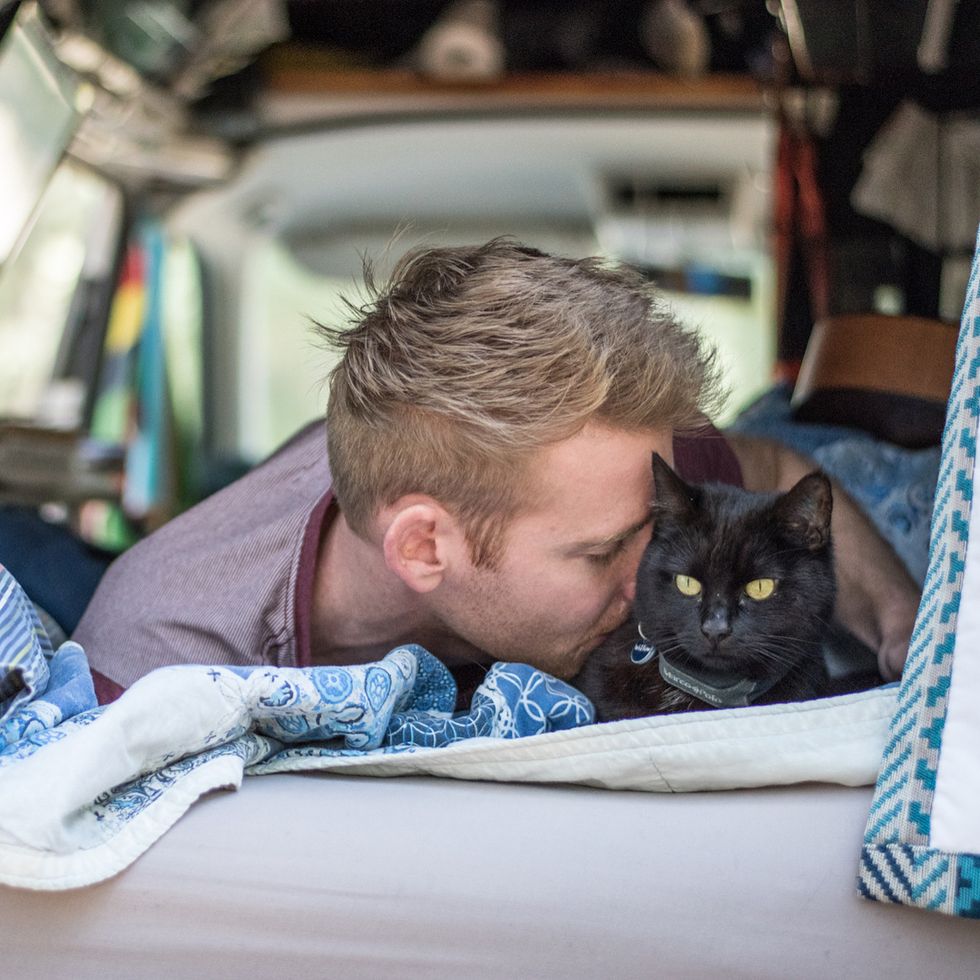 "But if I want a cuddle I have to choose my times with her. In the morning she will snuggle for hours and I'll hold her like a teddy bear. Love this cat!" 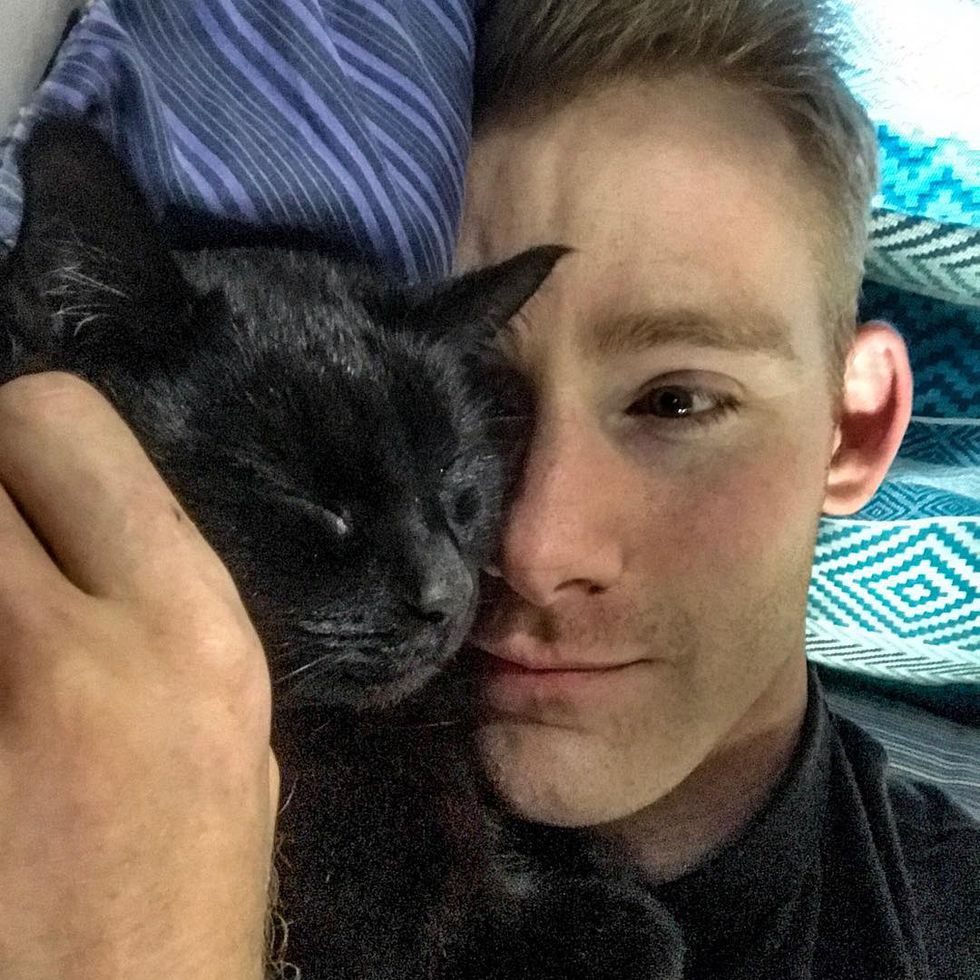 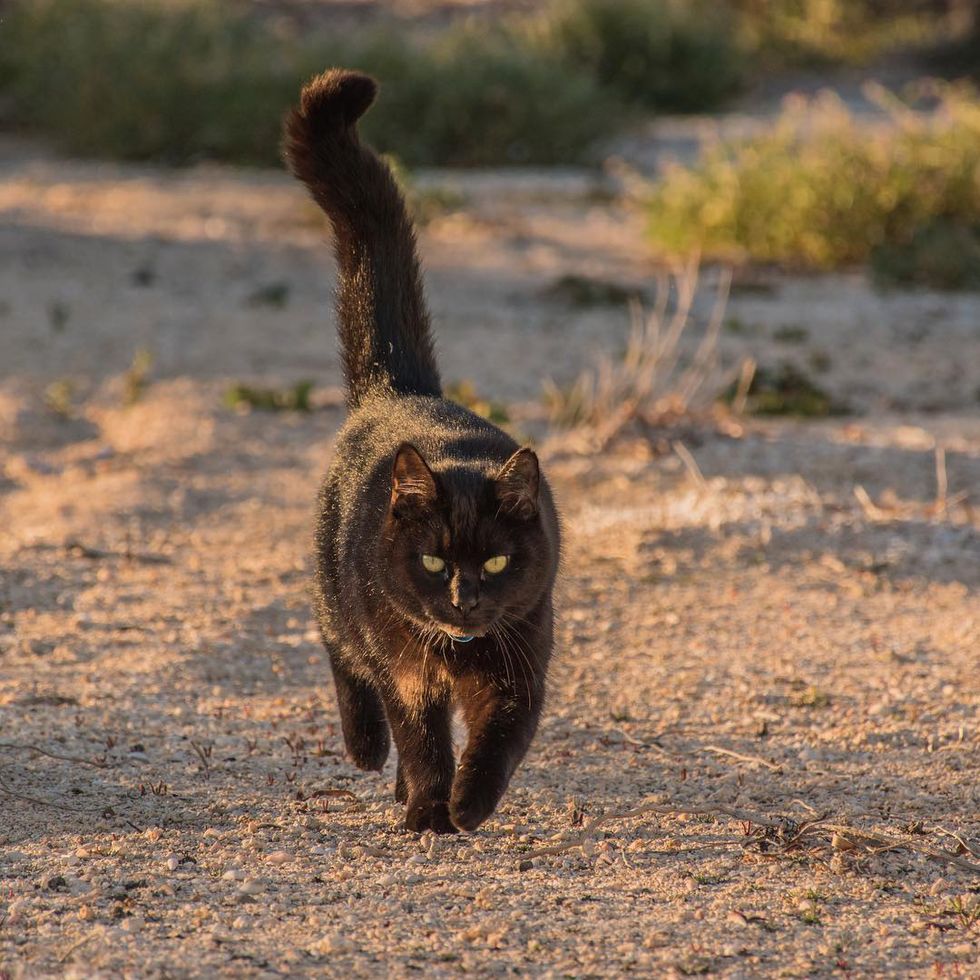 Resting on her human's belly for a break in the van. 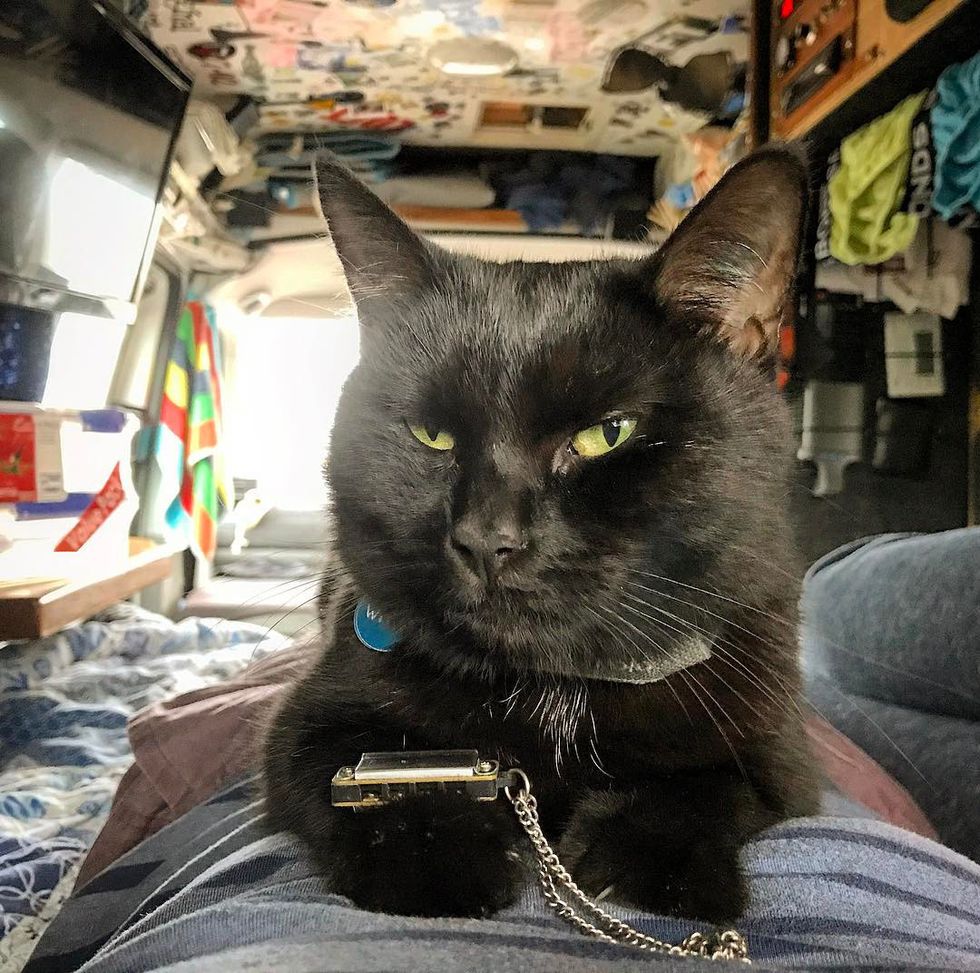 "She's quick to explore our camps when we arrive but you won't see me walking her down the Main Street! She just loves spending time with me outside," Richard told Love Meow.

"People say cats are solitary creatures but I think this is untrue. Willow always wants company." 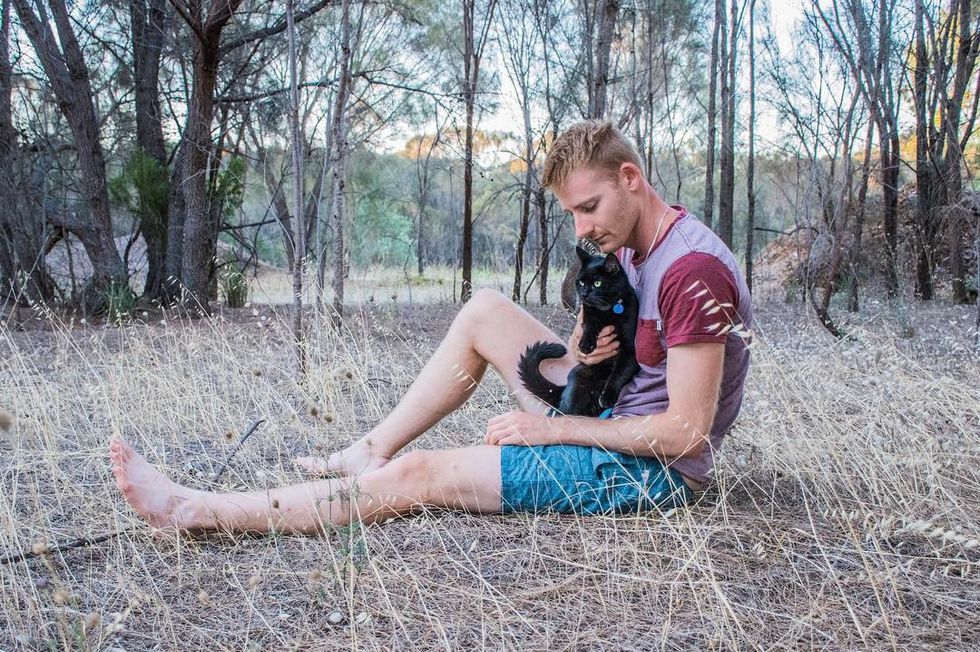 Richard and his best friend :).

"When little Willow has had enough running around the dunes she will flop over and demand some belly rubs."