She is a friendly and playful cat, who can't get enough of attention and love. But no one could see her true personality at the adoption center. She became a completely different cat when she was not in a home. 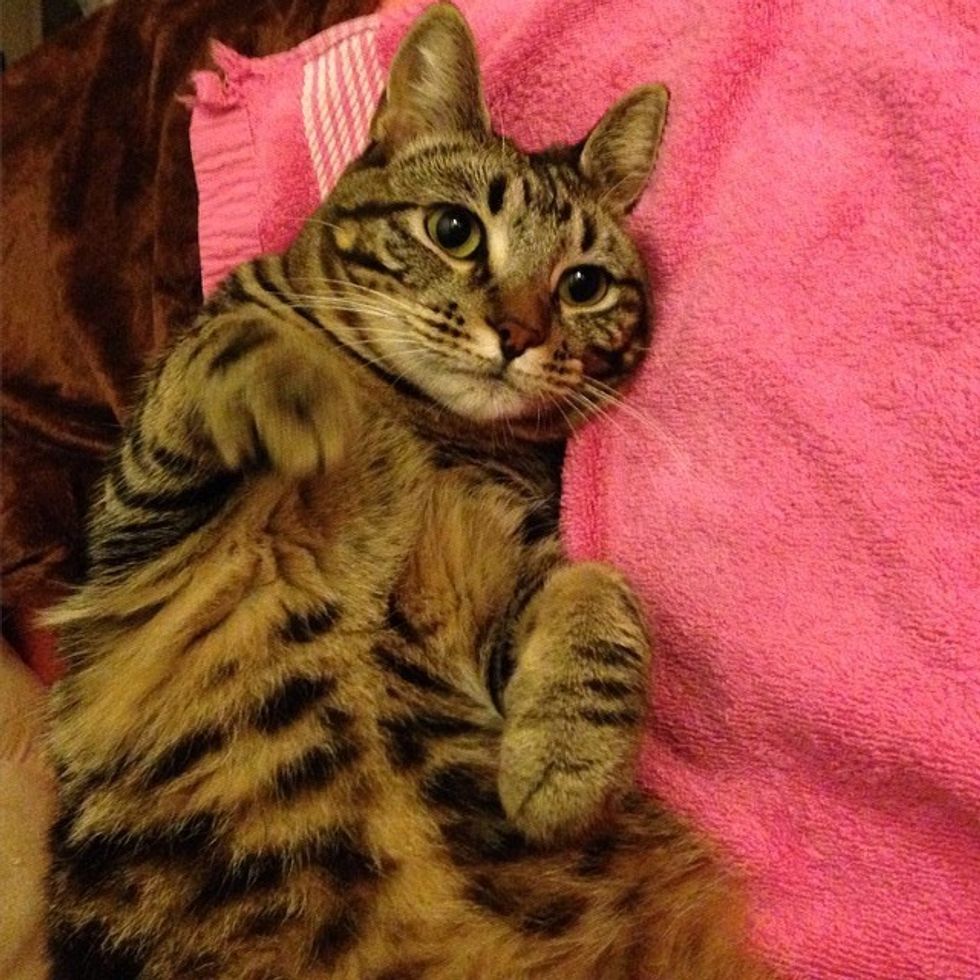 Tiffany came into New Beginnings For Animals, a rescue group in Orange County, California, as a mother with a litter of kittens. "They were soon adopted, but Tiffany was not," Kimberly, said.

She is a very playful cat and never shy around humans and other cats. 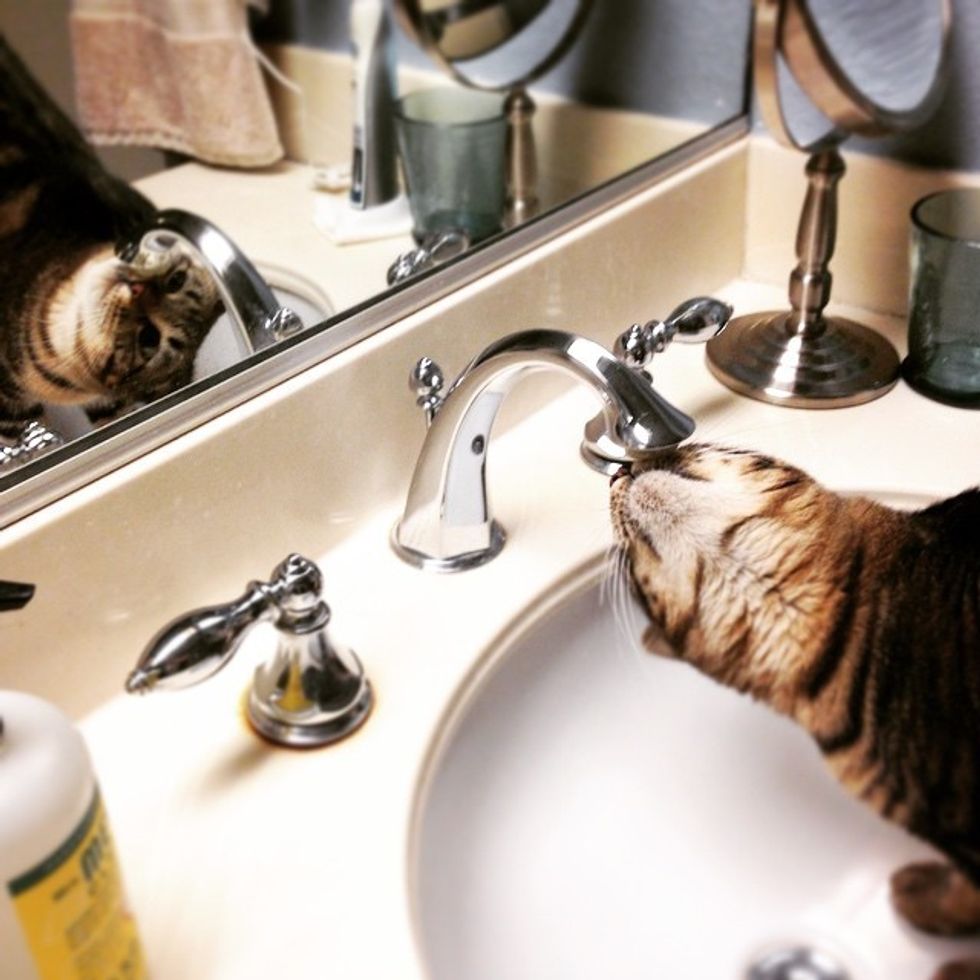 When Tiffany was at a foster home, her wonderful personality radiated around the house, but no one noticed her from her profile online, so she ended up in an adoption center.

"Most cats adjust after a day or 2 in the adoption center, but Tiffany never does," Kimberly said. She was withdrawn and unhappy. "When people see her like this they do not believe us when we say she is a wonderful cat."

She was placed in the adoption center, hoping to get more attention from potential adopters, but she ended up going back to a foster home to help her relieve stress. 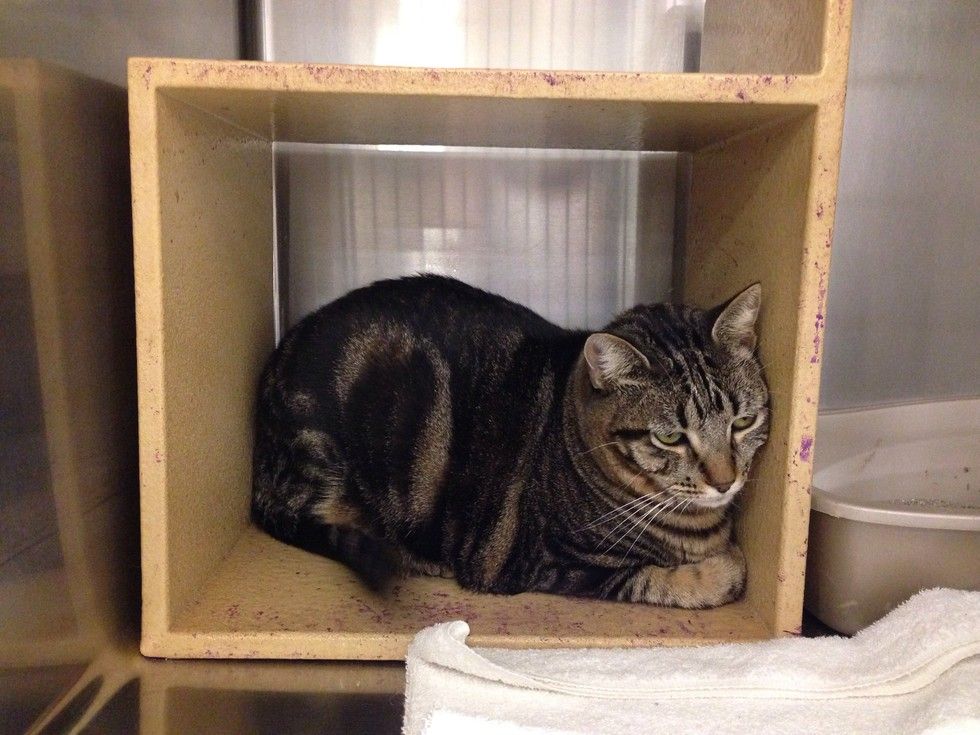 This is the real Tiffany.

Kimberly couldn't bear seeing such a wonderful cat being overlooked and missing the chance at a great home that she so deserves. She shared her story online so people could see her true personality. The next day, a family came to visit Tiffany.

"The couple drove an hour from their home to the adoption center to Meet Tiffany. Tiffany was on her best behavior! She was still a little withdrawn but allowed some pets, plus the couple had seen the videos and knew her true personality," Kimberly wrote. 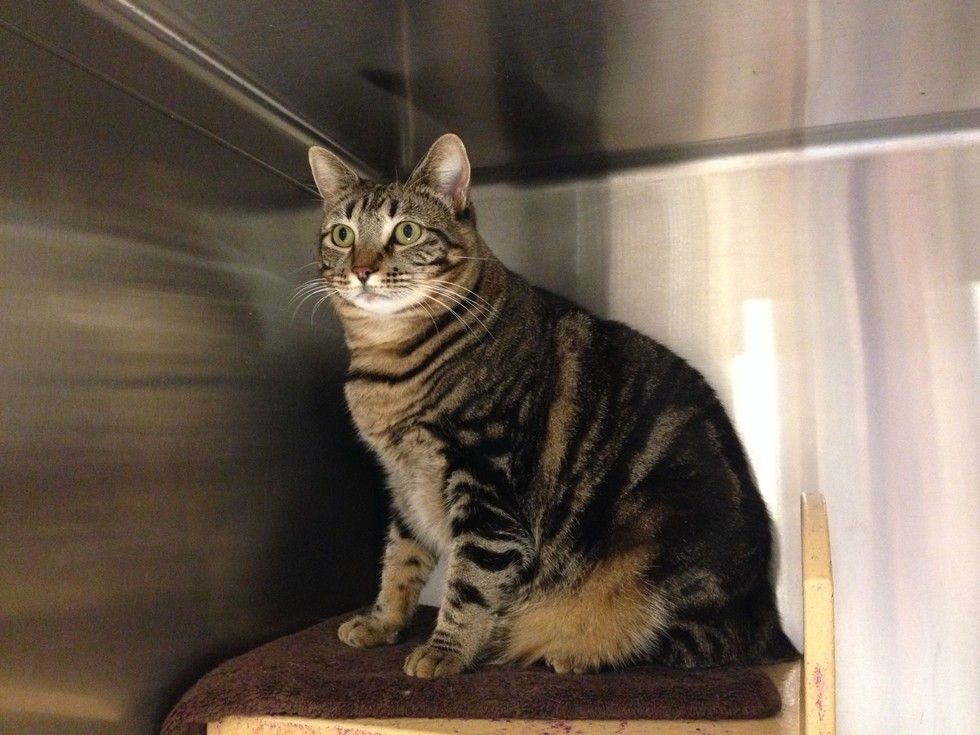 The day Tiffany left the adoption center for good. On her way to her forever home!

She had been with the rescue for over a year, waiting for the right family to come along. That day finally came. 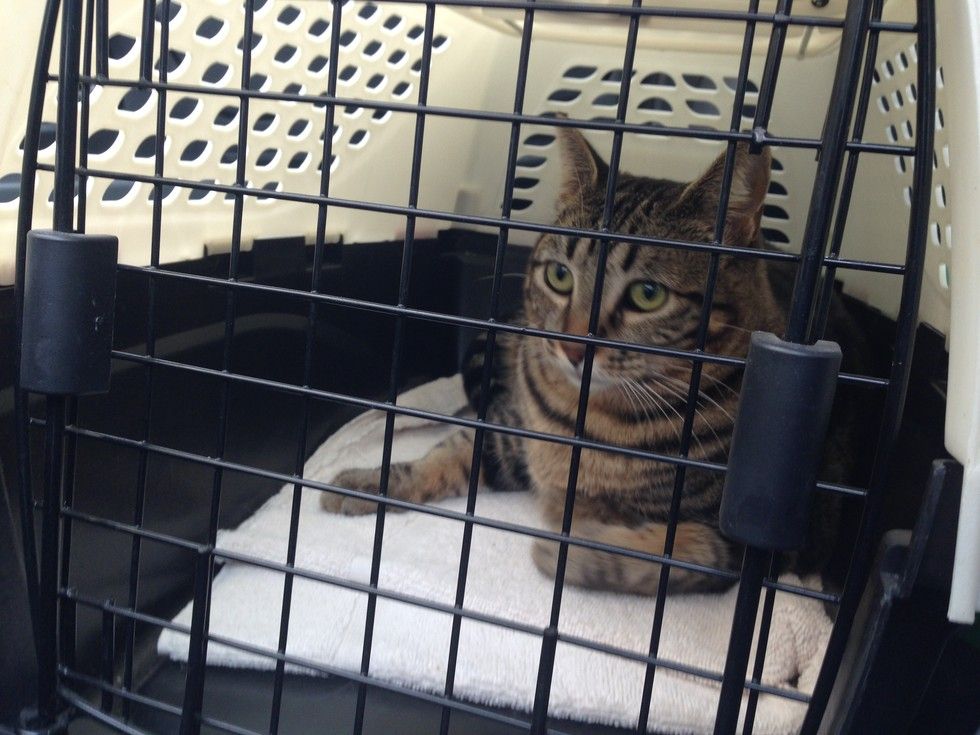 "As soon as I let her out in her new home her adopters saw the personality they had seen in the videos. Confident and friendly! Tiffany was immediately comfortable in her new digs," Kimberly said.

Tiffany also got a new feline sister in her forever home. 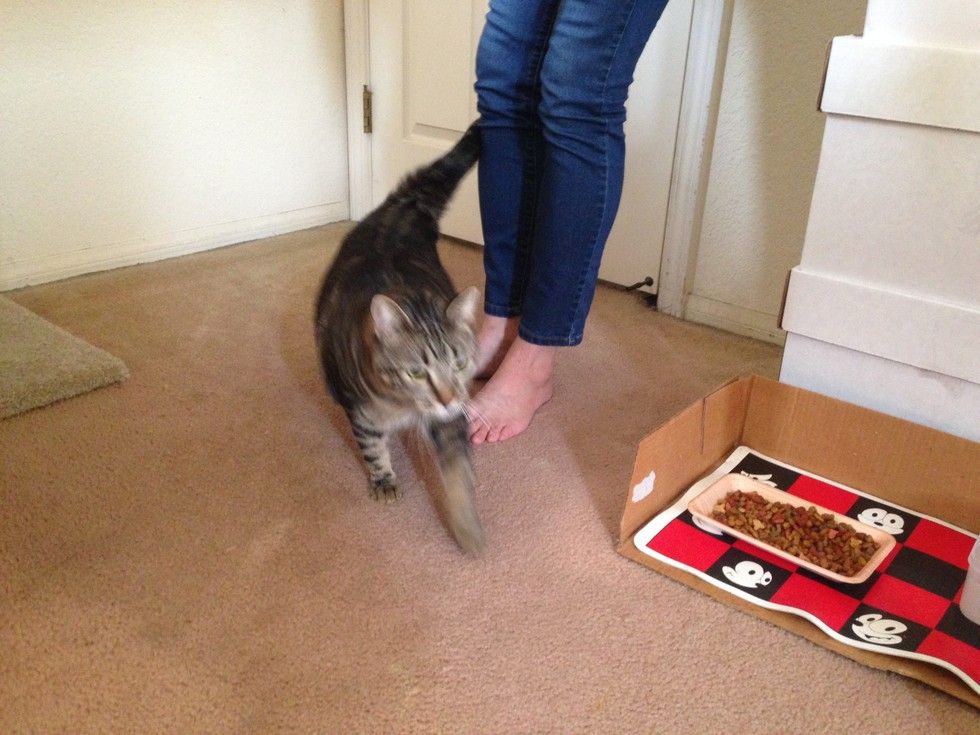 "Pets that are shy or withdrawn may be wonderful pets once they become part of your home, but they often get overlooked," Kimberly said.

There are many shelter animals like Tiffany, but a loving home can turn them around. 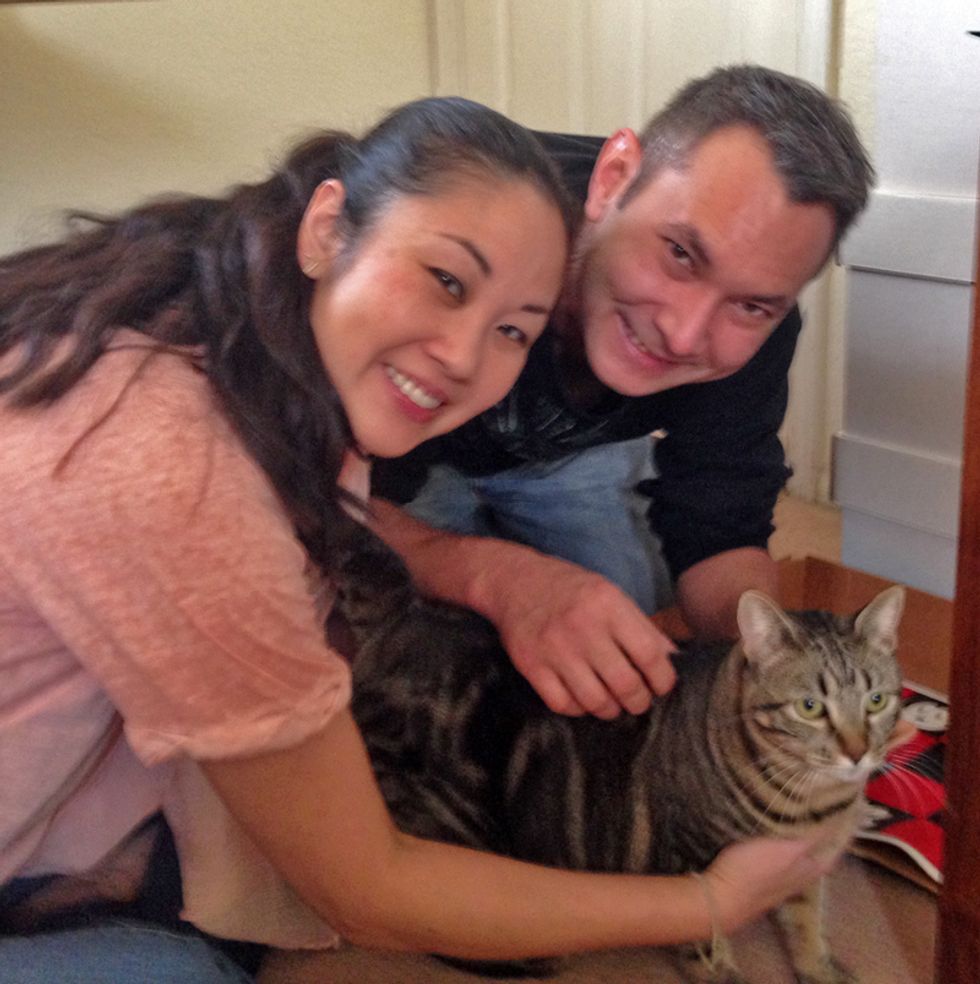 Watch this video of Tiffany at her foster home:

Share this story and help a kitty at your local shelter find their forever loving home! Tiffany's story on imgur. You can support their rescue efforts by visiting New Beginnings For Animals' website. Follow them on Facebook.

Related story: Woman Takes a Chance on a Sad Shelter Cat, a Few Days After......