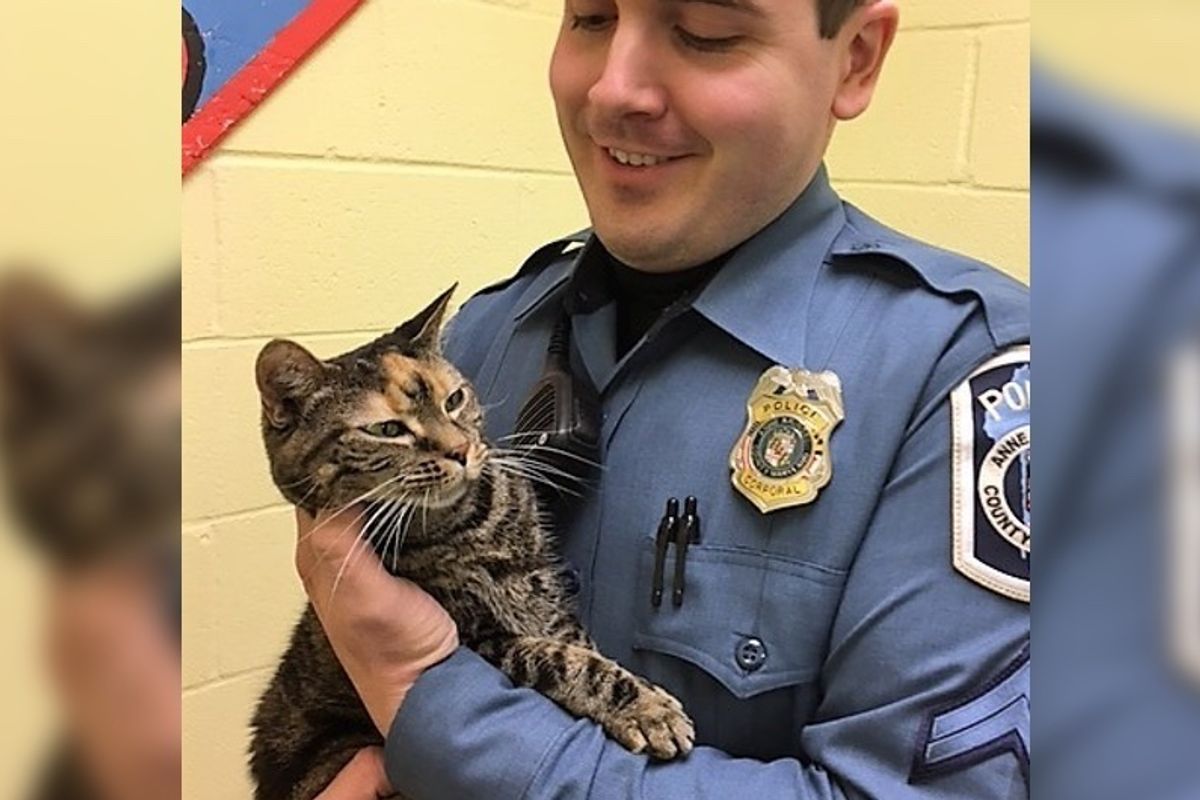 Officer Rescued Cat Who Lost Both Her Owners, Goes Back to Shelter for Her…

A beautiful tortie cat lost both of her owners but found love again when an officer scooped her up and cuddled her in his arms.

He took her to the shelter to get help, but couldn't get her out of his mind... 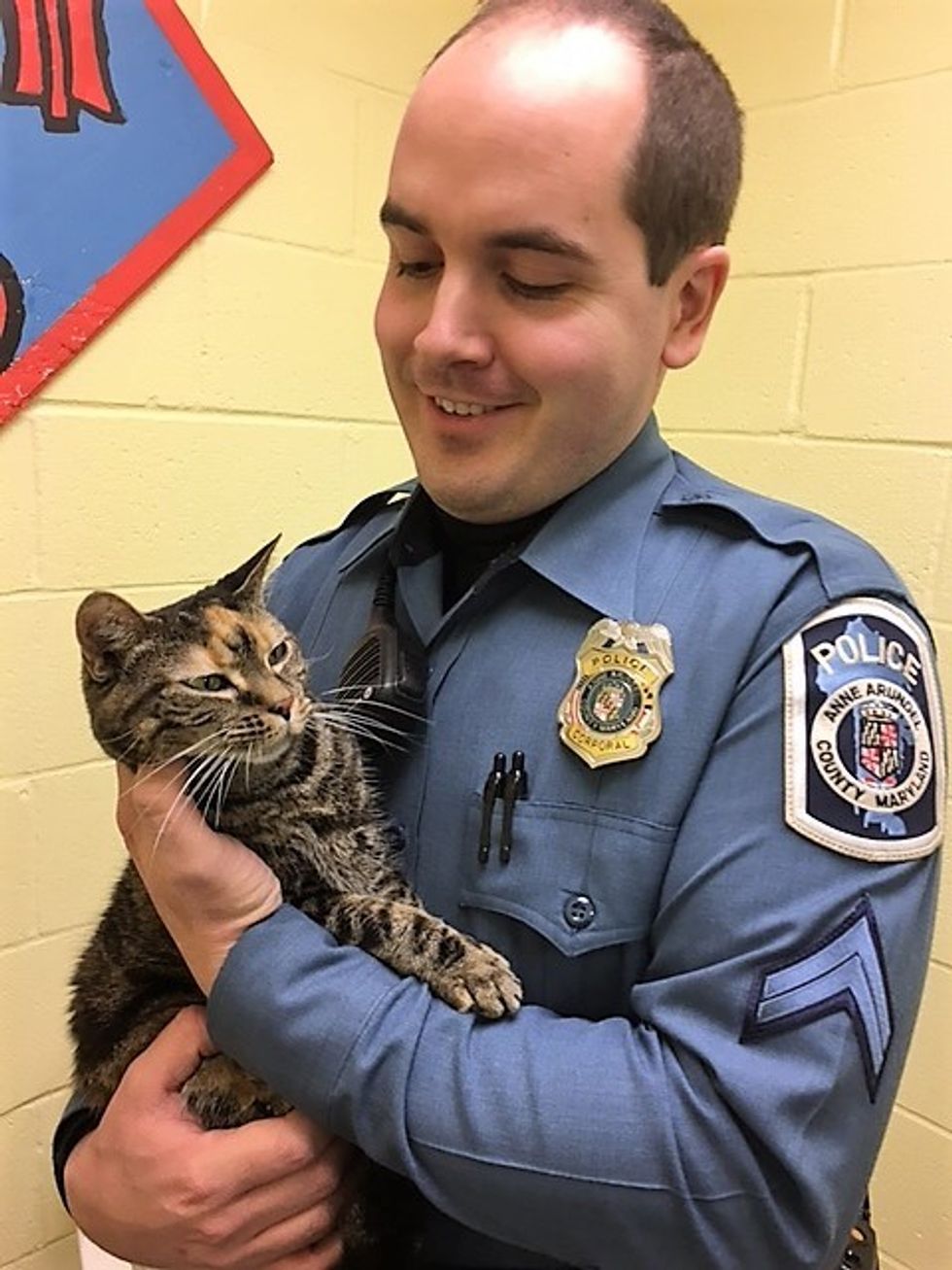 The adorable tortie cried pitifully when the police found her in the house.

Corporal Hollis with Anne Arundel County Police in Maryland picked her up and held her in his arms to comfort her before taking her to AACAC. "As is usual when there does not appear to be any relative to take the pet, she was brought to Anne Arundel County Animal Control," Collins said.

Julia stayed there for a week while it was confirmed that there was no relative interested in taking her.

Hollis couldn't get the kitty out of his mind while she was at the shelter... 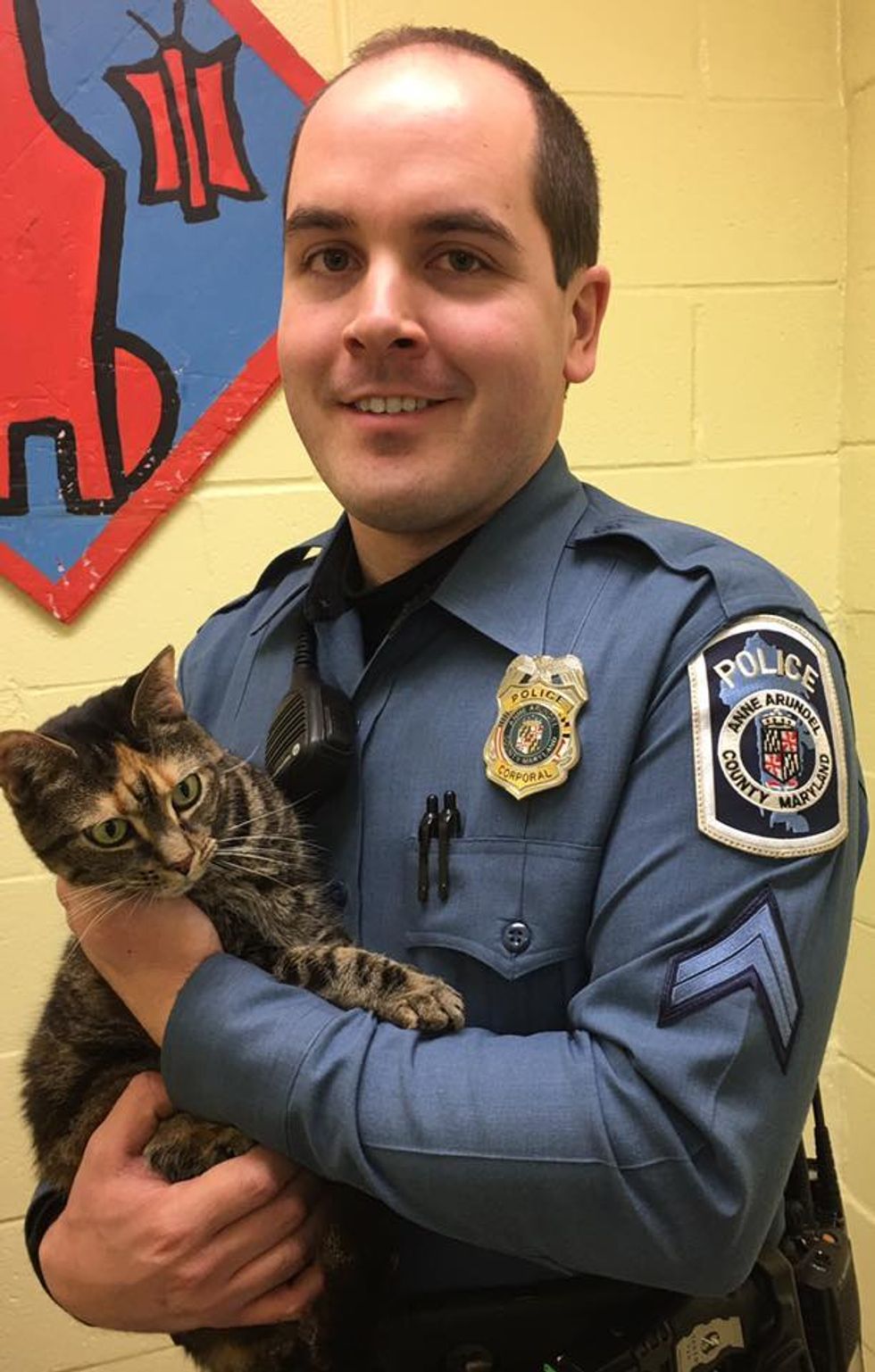 When Julia became available for adoption, Hollis was thrilled and went straight to visit his feline friend.

"Once she became available, she was quickly adopted — by this officer, the same one who had brought her to the shelter." 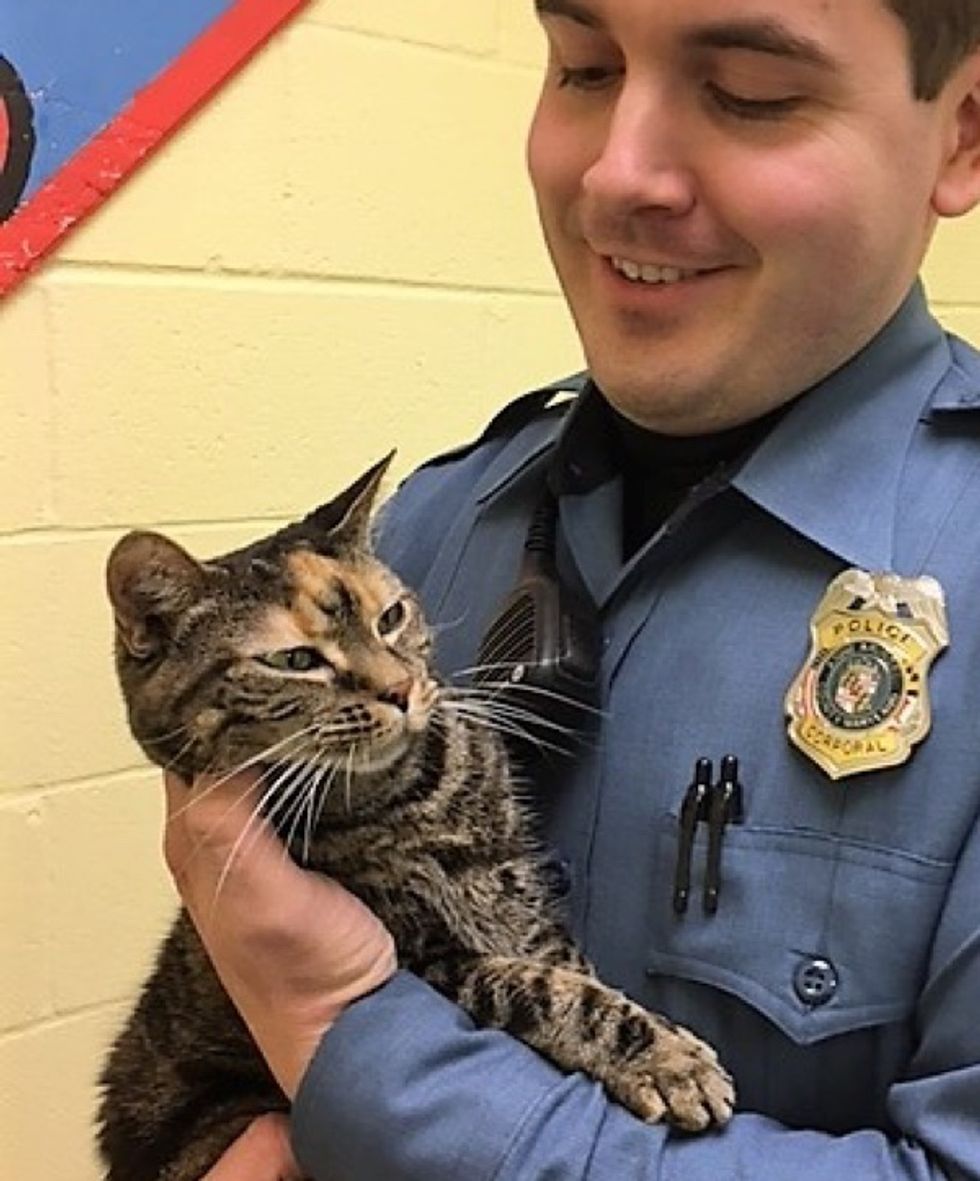 Before finding Julia, Hollis was thinking about adopting a furry companion. When he heard Julia's cries, he knew that she needed someone to love her forever, and now he's so happy that he is able to be that person for her.

Two Kittens Found Near Road, Look Out for Each Other and Insist on Staying Together