Rescue Cat with the Craziest Whiskers from Neglect to Loving Home

A rescue Persian cat with the craziest whiskers they'd ever seen went from being a victim of neglect to now a champion with a family that loves him to bits. 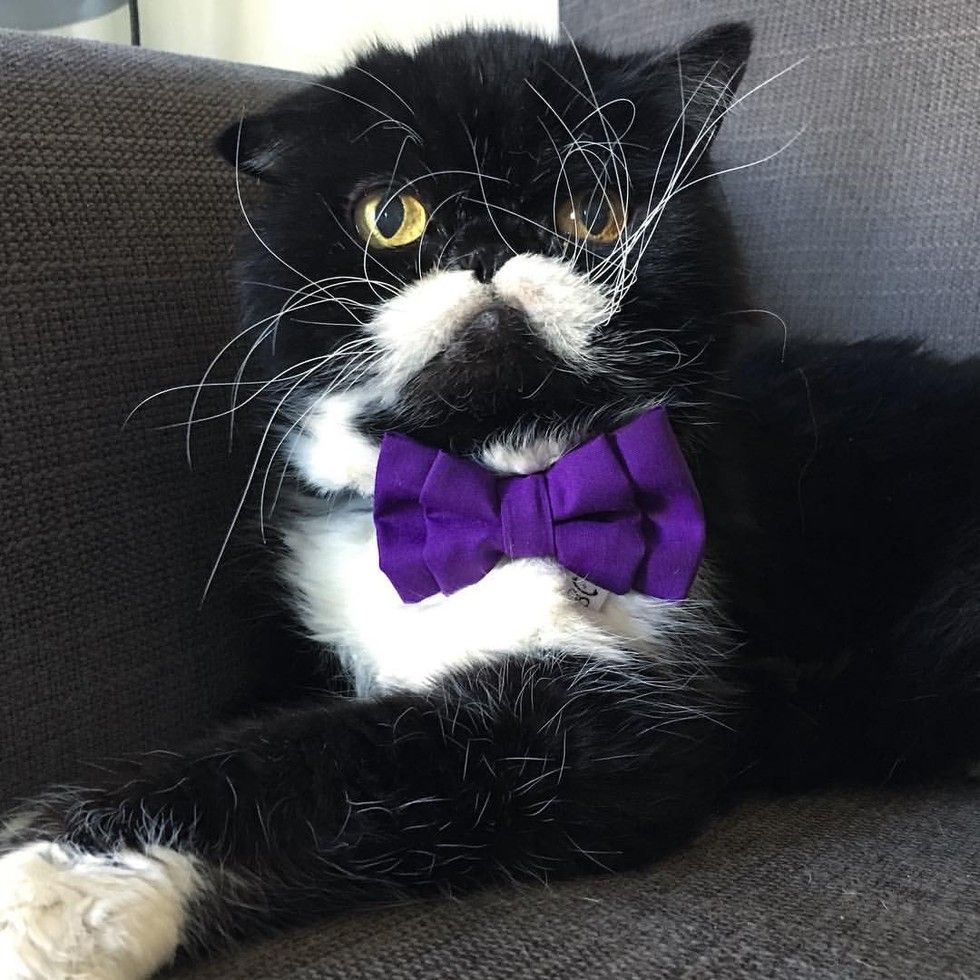 While Jen and her partner were browsing PetFinder, looking for a feline companion for their cat Princess Mer, they came across a kitty with the craziest-looking whiskers along with a perfectly shaped mustache. The cat dad insisted that they immediately drive to visit the kitty, who was about three hours away at a no-kill rescue.


So off they went.

When they arrived at the animal shelter, they immediately asked for the kitty (who was named Tom at the time). A volunteer brought him from the back. The kitty looked so pathetic that the couple knew they had to take him home.

"It was a mix of shock at first sight and love at first sight - shock because he was a hot mess (wheezing, dandruff, disheveled whiskers) and love because you just wanted to take care of this poor mess of a creature," Jen told Love Meow. 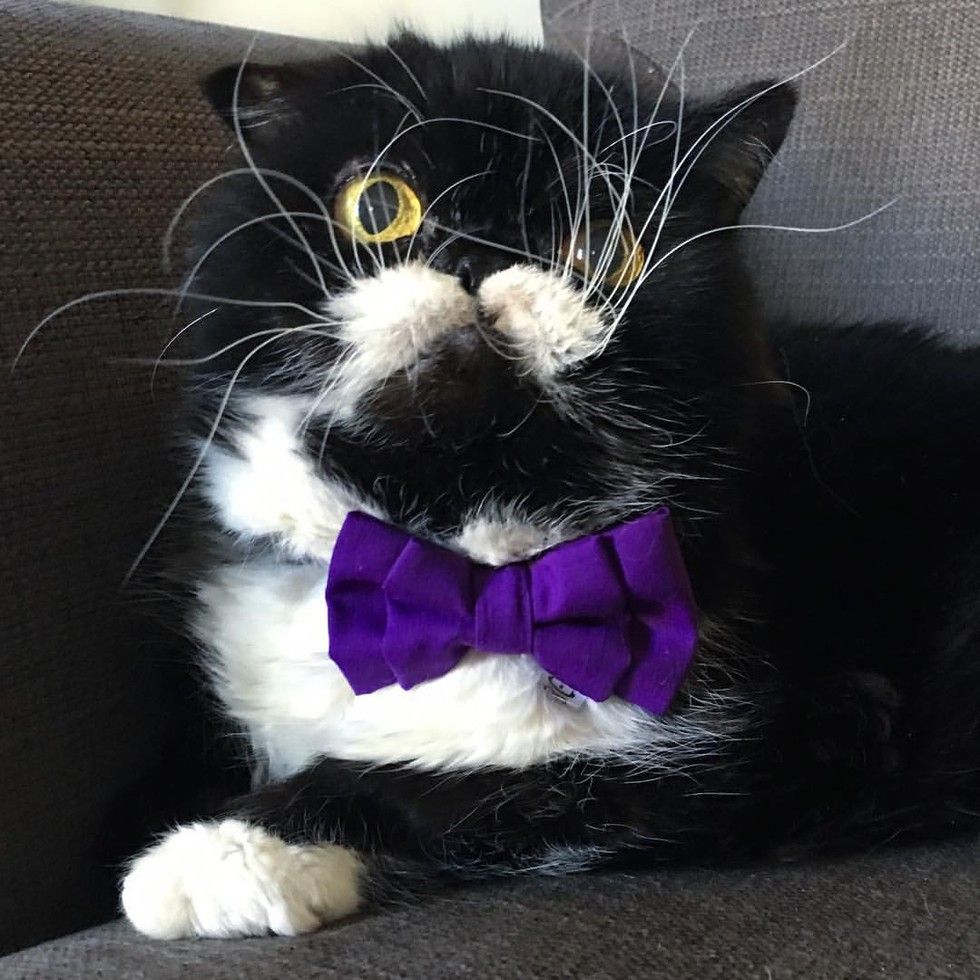 Kyle came with a list of ailments - 3 teeth, no claws, severe dandruff, hip dysplasia and a crooked ear, but the fluffy boy absolutely loves life.

Before they began the adoption process, what they learned about Kyle's past shocked them. 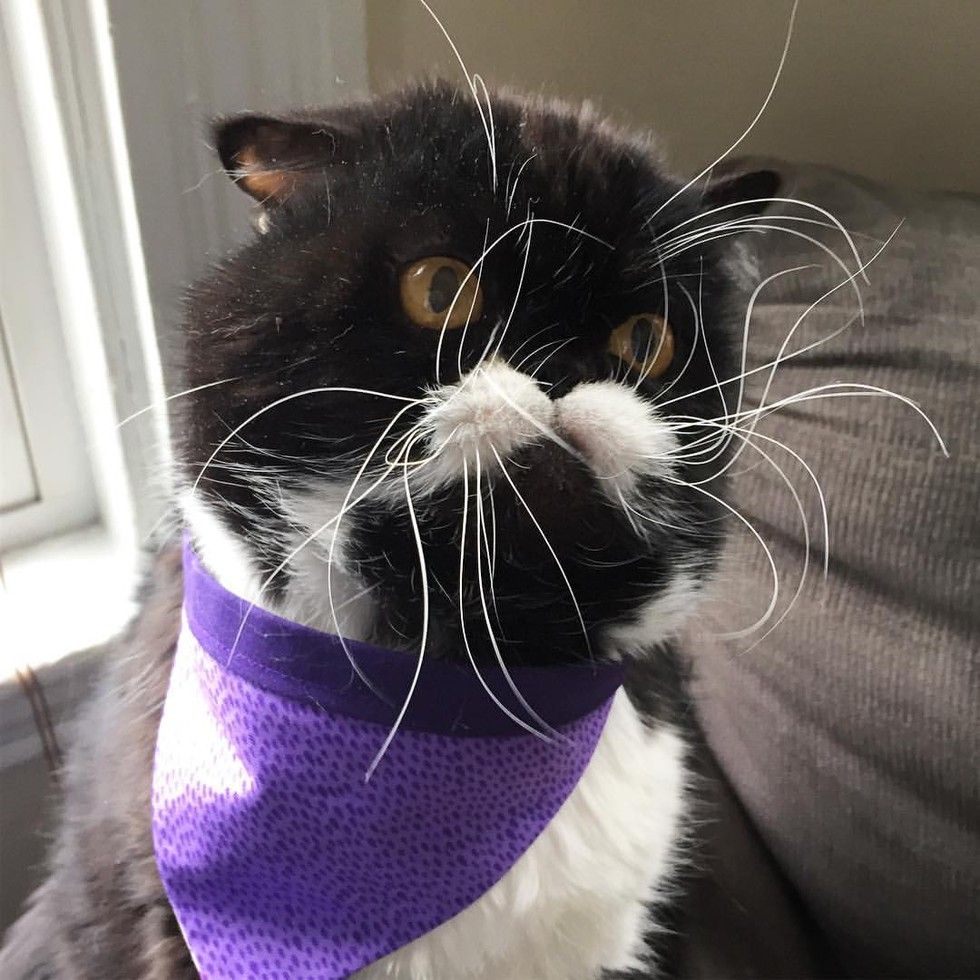 The Persian kitty was a victim of neglect, and before he came to the shelter, he witnessed a domestic violence incident between his former humans that ended fatally. Kyle was subsequently confiscated and "held as evidence" by the police.

"He was taken into police custody with 30 other felines who had been his roommates," Jen told Love Meow. "At the time we met him he was skiddish and disoriented." 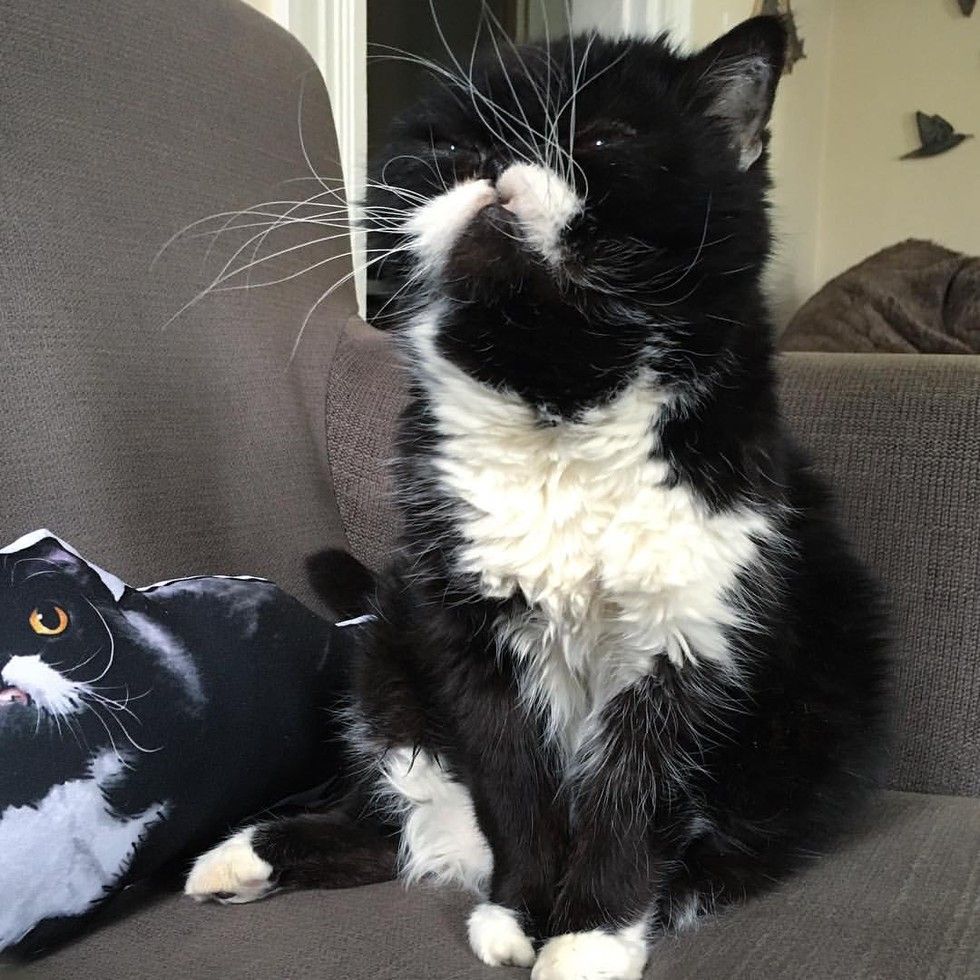 "You could tell he was a lover, though, because despite the trauma he had been through, he still ran up to us for some lovin'... in small millisecond intervals."

They took the kitty with the crazy whiskers home, and filled his life with love. 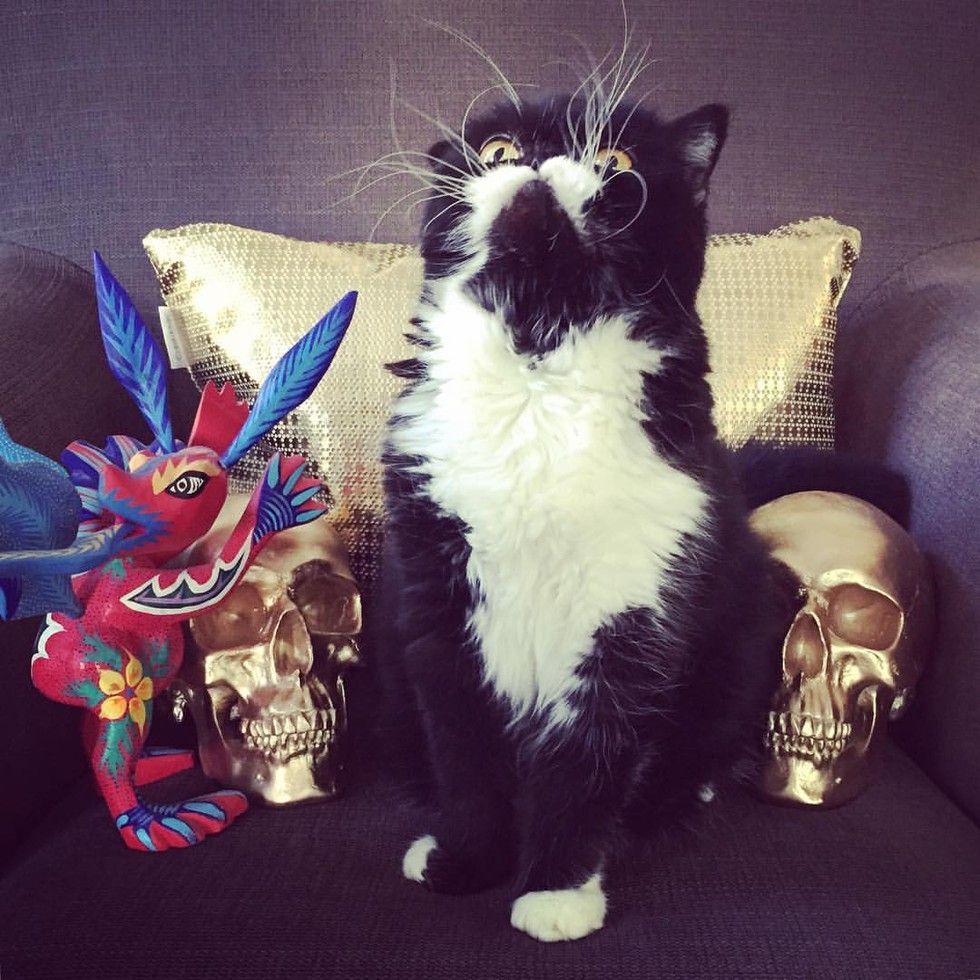 Now Kyle is around 8 - 11 years old. His fabulous whiskers have gotten him many admirers on Instagram.

"Kyle's whiskers are a combination of genetics and extreme napping." 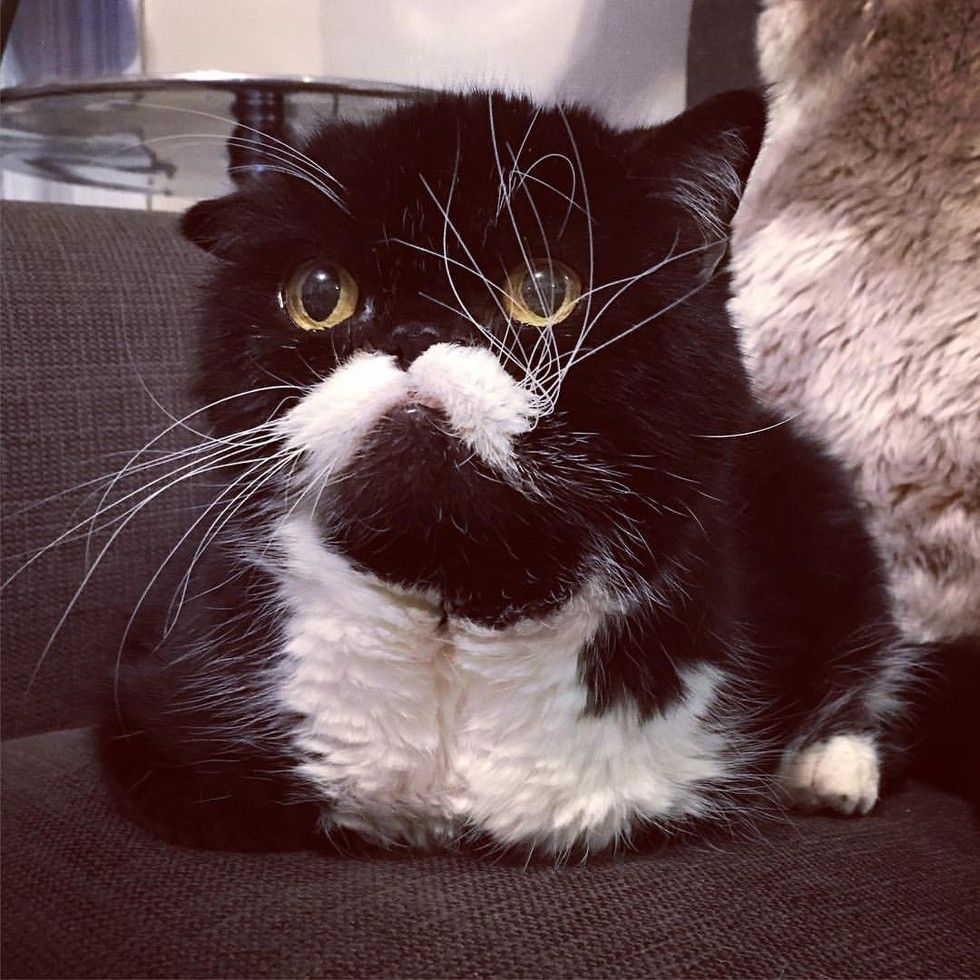 If Kyle was a superhero, he "would be called 'Tentacle Cat' and his special powers would be tickling his enemies silly with his whisker-tentacles and inducing them into a deep sleep by applying excessive heat to his enemies' laps." 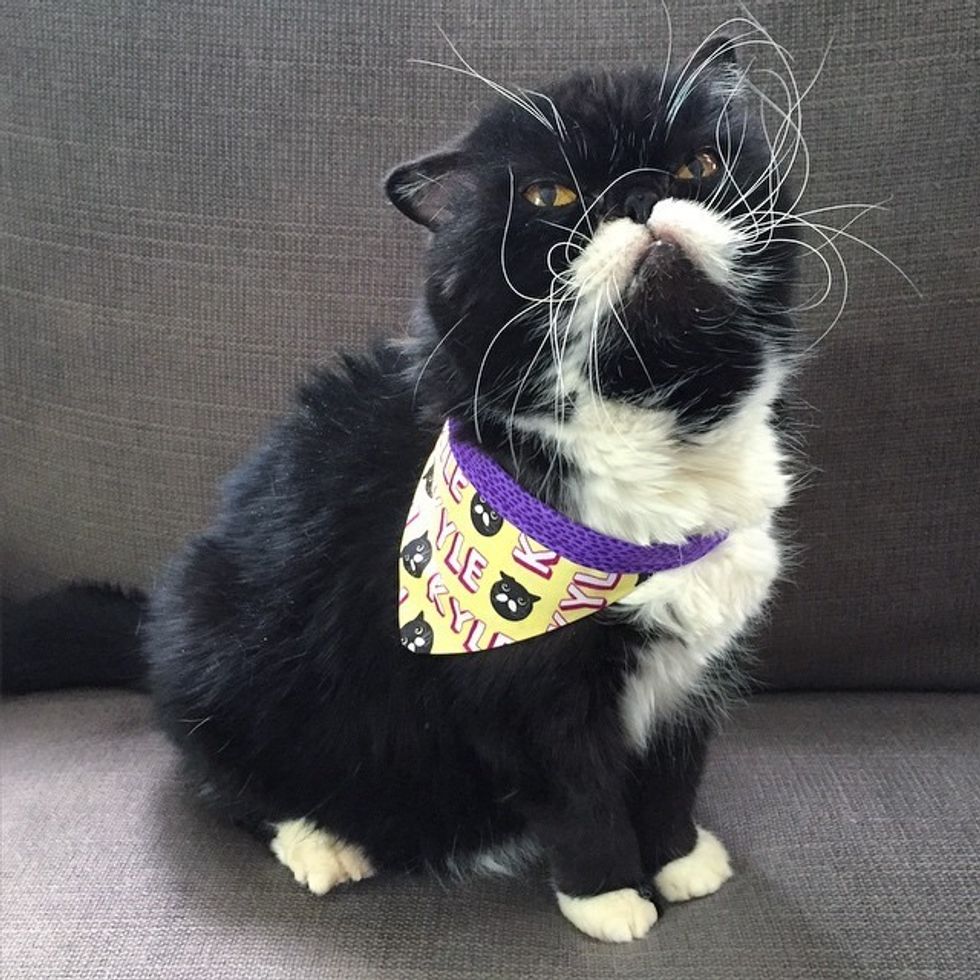 "He wants to use his glorious 'stache and undeniable charm to prevent incidents like the one his former owner experienced & advocate for animal-friendly domestic violence shelters to help victims feel comfortable escaping their dangerous situations." 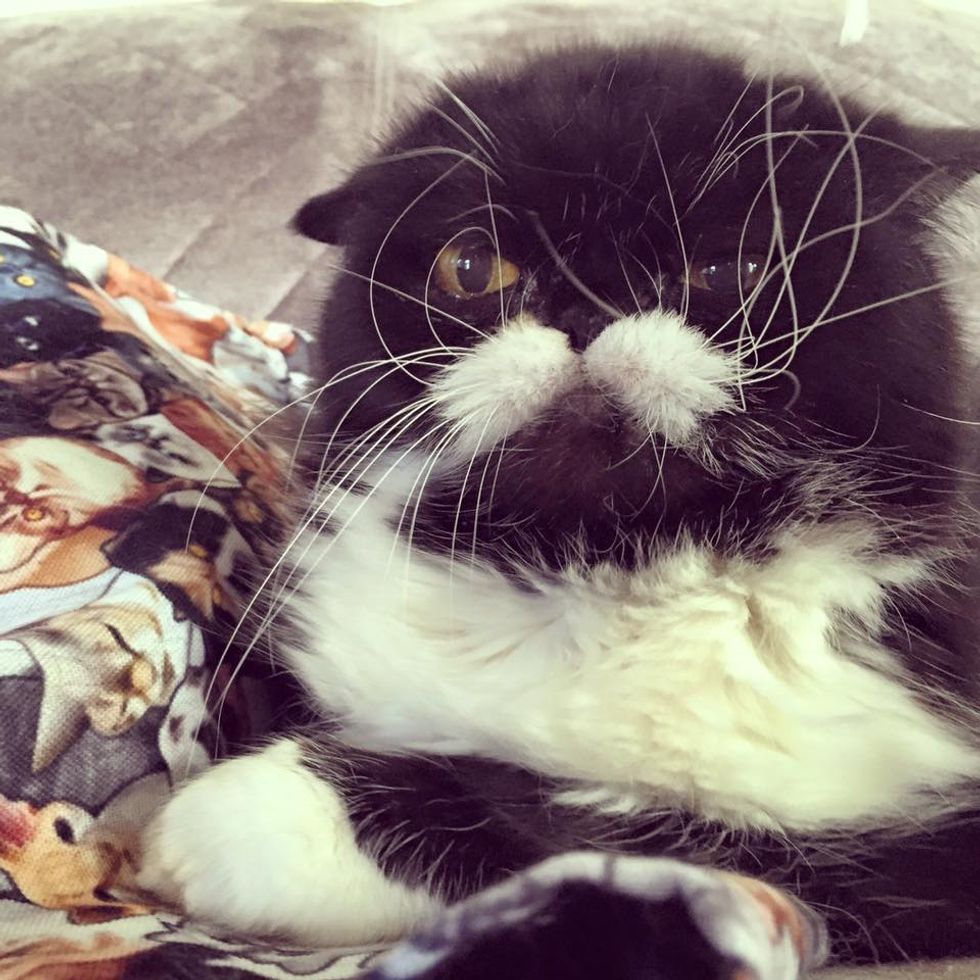 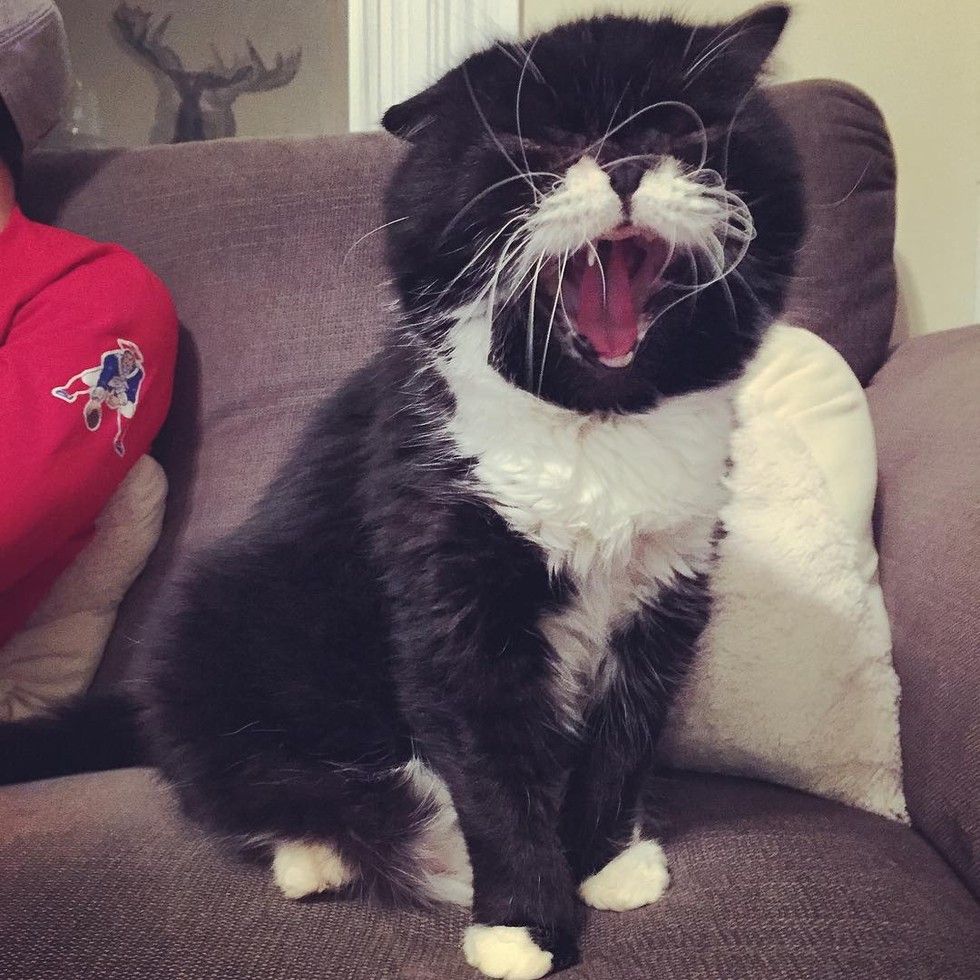 It's been 6 years since Kyle found his forever humans.

His charm and those crazy awesome whiskers have been such special gifts to the family. They couldn't be happier to have Kyle to share their lives with. 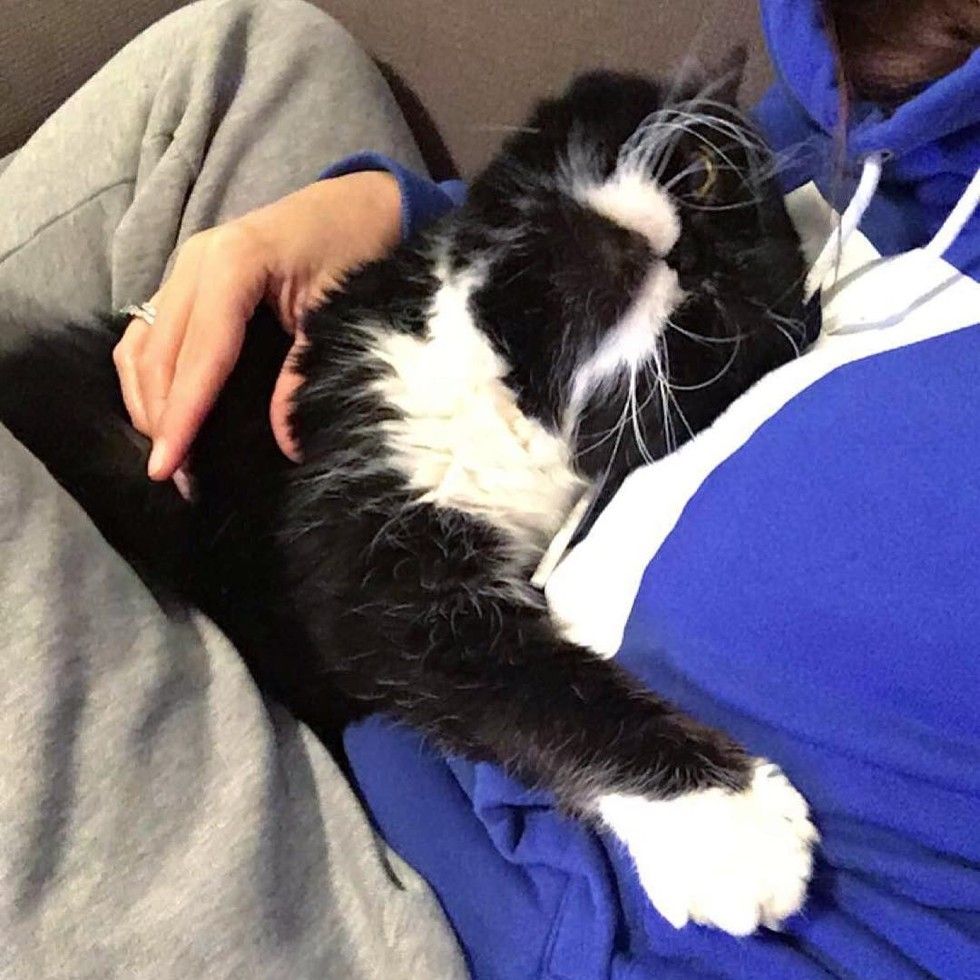 Kyle cleaning his mouth after a meal. What a charmer!

Related story: The Happiness When This Rescue Persian Has a Good Home for the First Time