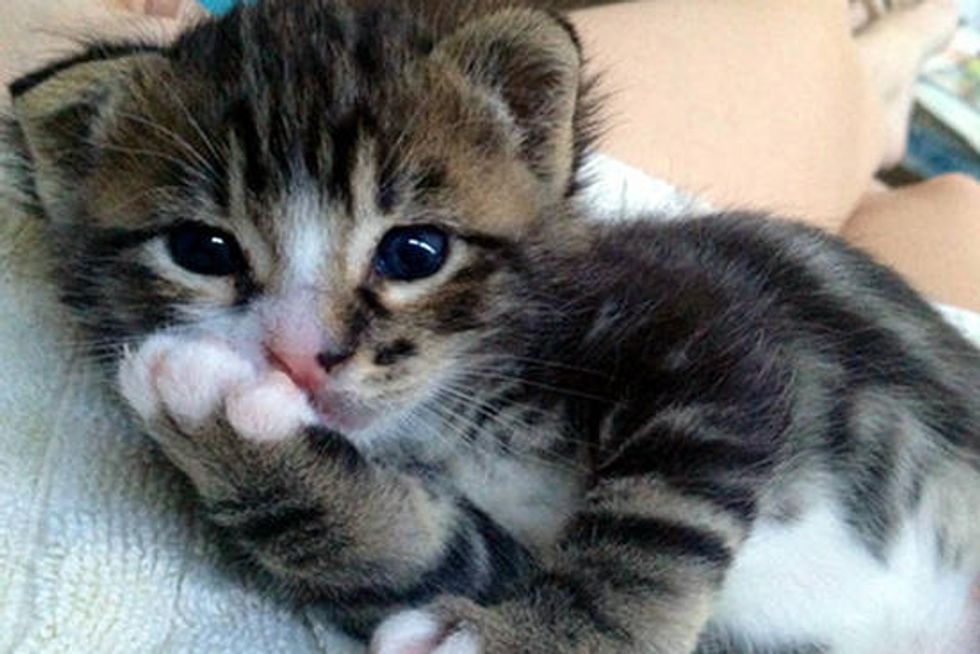 Oliver was rejected by his feral mother and found in a wood pile by employees that worked there. "All four litter mates now have homes," said one of the employees via reddit.

"This is where I work. We make compost and have our share of cats and birds running about. My grinder operator luckily had his hearing protection off while walking back from lunch and heard these little guys crying," he added.

"We pulled the litter out of our green waste pile, put them in a safe location, and put them in a box where we saw the momma often. We were hoping she would take them back. After a cold night and the following day, she did not want anything to do with them. Placing them back in the wood pile was not an option as the waste was already ground into mulch. We couldn't capture the mother as our yard is a literal maze of green waste. We brought them in and cleaned them up and started bottle feeding them. All four were adopted by employees."

Oliver and his three siblings were rejected by their feral mother and found in a wood pile by the employees that worked there.

This is where the kittens were found.

"We brought them in and cleaned them up and started bottle feeding them. All four were adopted by employees." (reddit)

Oliver at his forever home, cleaning his paws.

Oliver all grown up now, still loves cleaning his paws :).