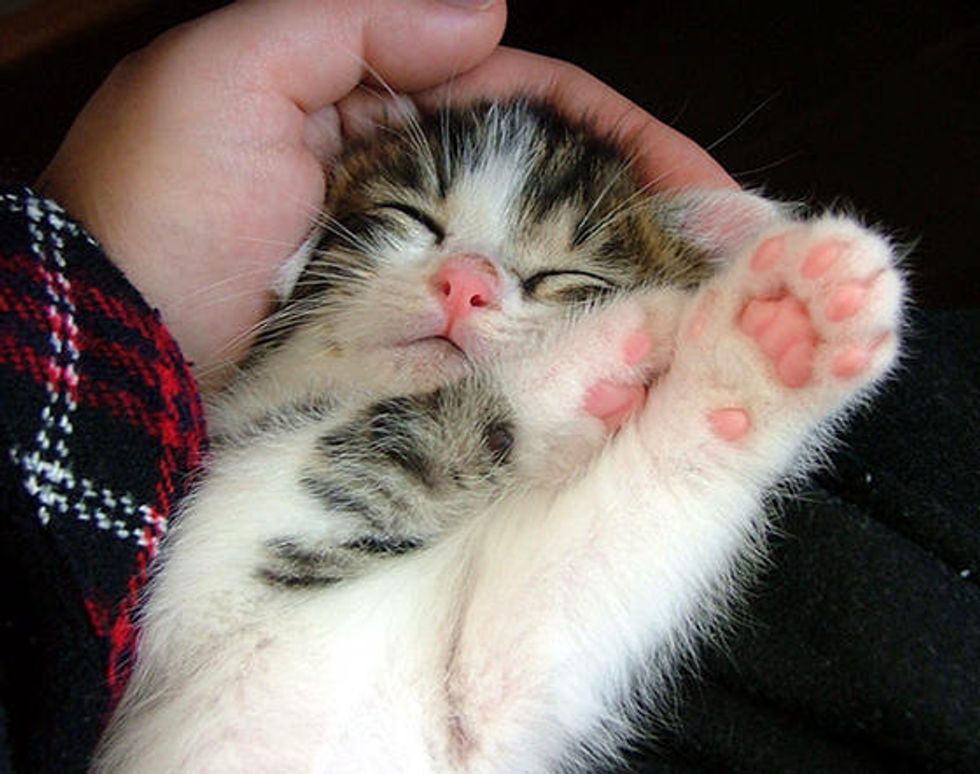 Pete a little puffball was abandoned in a local park along with two brothers. They were rescued by a neighborhood kid back in 2005 and were brought to a rescue group in Japan. Pete's two brothers were taken by a foster parent but she was not able to take Pete along because in Japan, many homes or apartments have strict restrictions on how many pets they may have. Pete was left in the shelter waiting for another foster parent to come along.

"At the time I was signing up to become a foster parent, and that's how I met Pete. He was very tiny and was only one month old. I took him with me and thought he would stay with me until he was ready to be adopted out," said H. Sohei. "We got his name after the cat from a science fiction novel 'The Door into Summer' by Robert A. Heinlein. We thought it suits him quite nicely since he is a very expressive little kitten."

"When I am using my computer, Pete will come over and block me off my keyboard. When I am playing a music instrument, he will sit on the music score to protest that he wants more attention. I always give in and give him what he wants."

Sohei couldn't part with Pete when he got bigger and older. He adopted him and gave him his forever home right at where he was. "Seeing him grow from a tiny little furball as big as my palm to today a lovely cat weighing 7kg (15lbs) is the most rewarding thing." 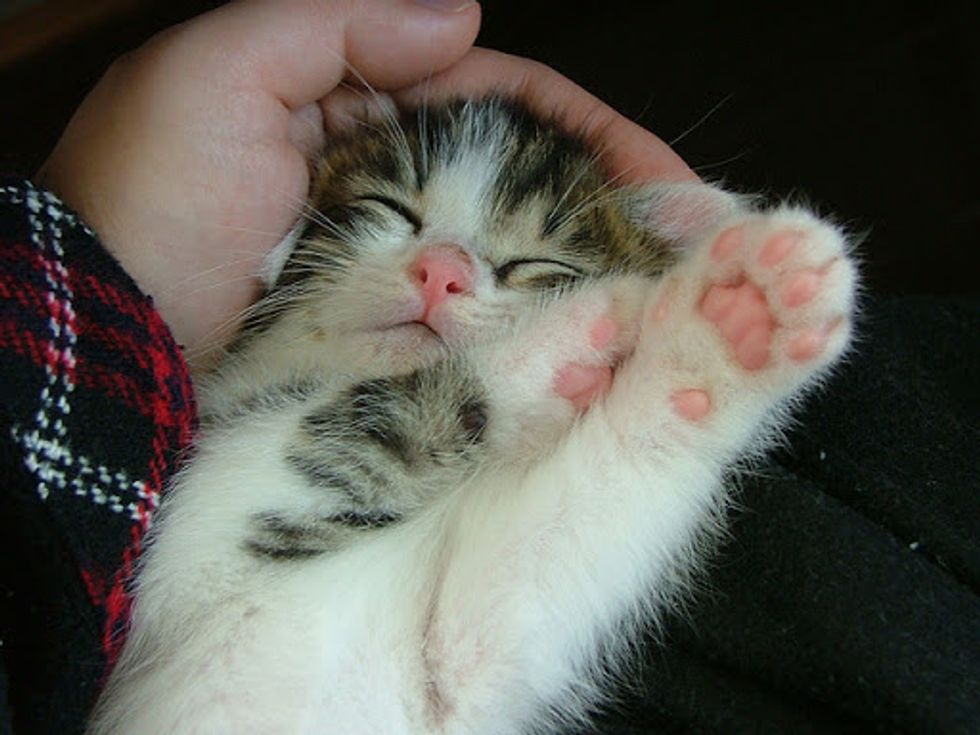 "So comfy and happy!" 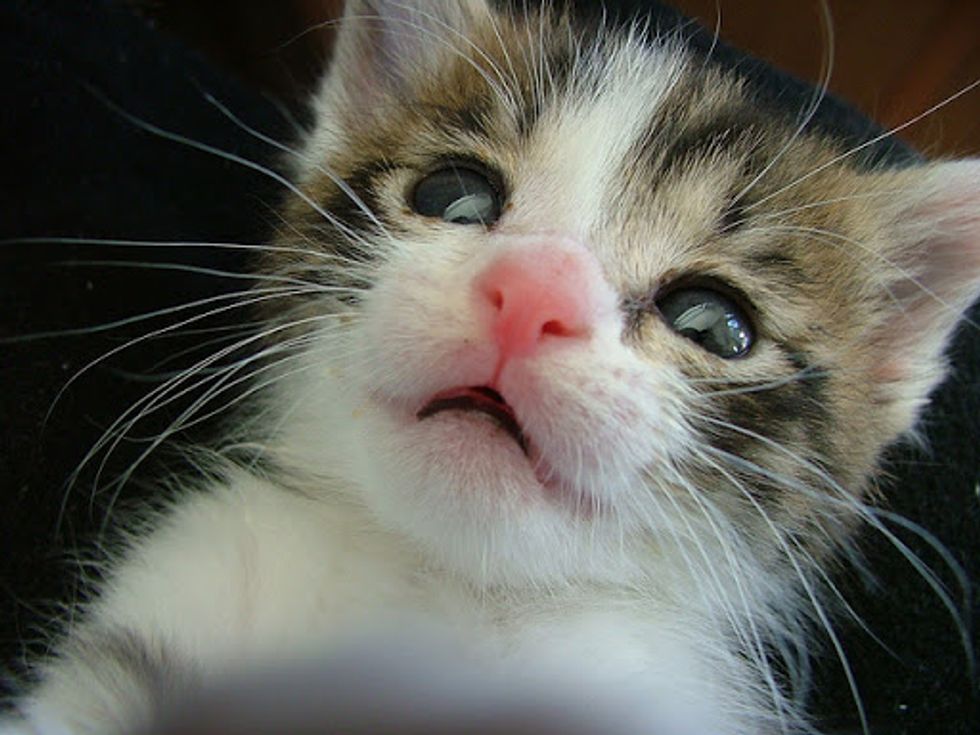 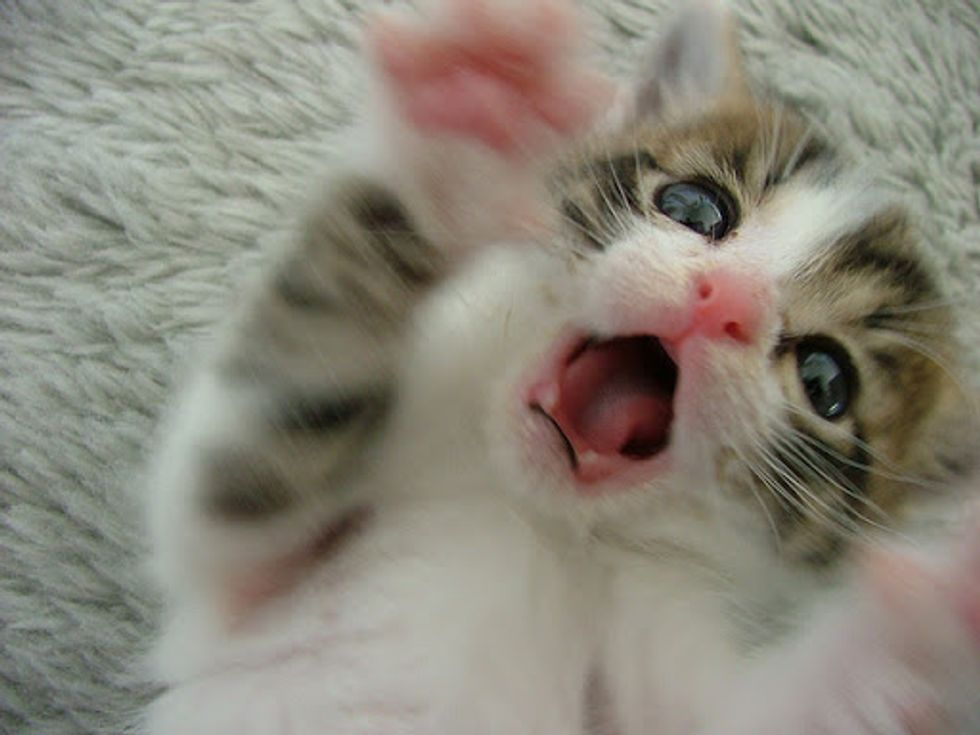 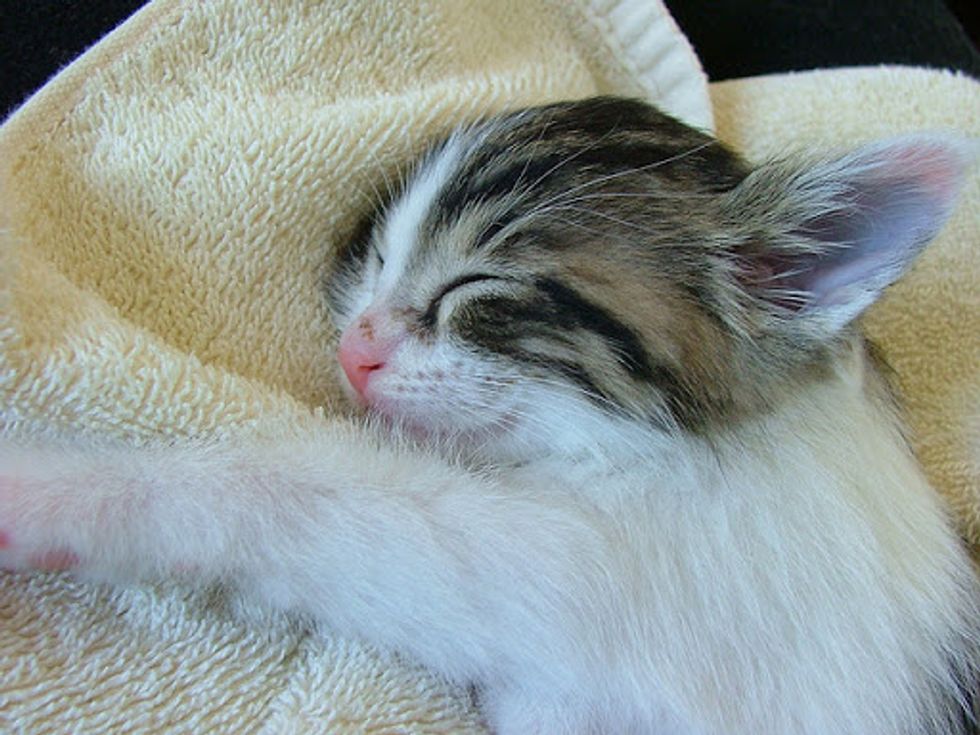 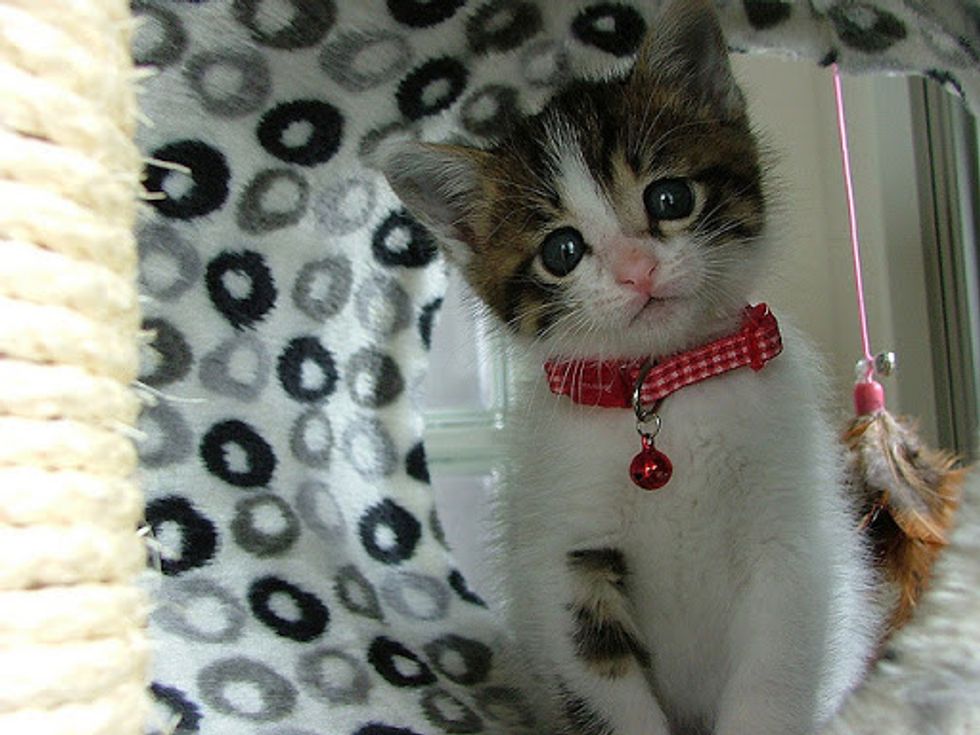 "Mommy what are you doing with that flashy box?" 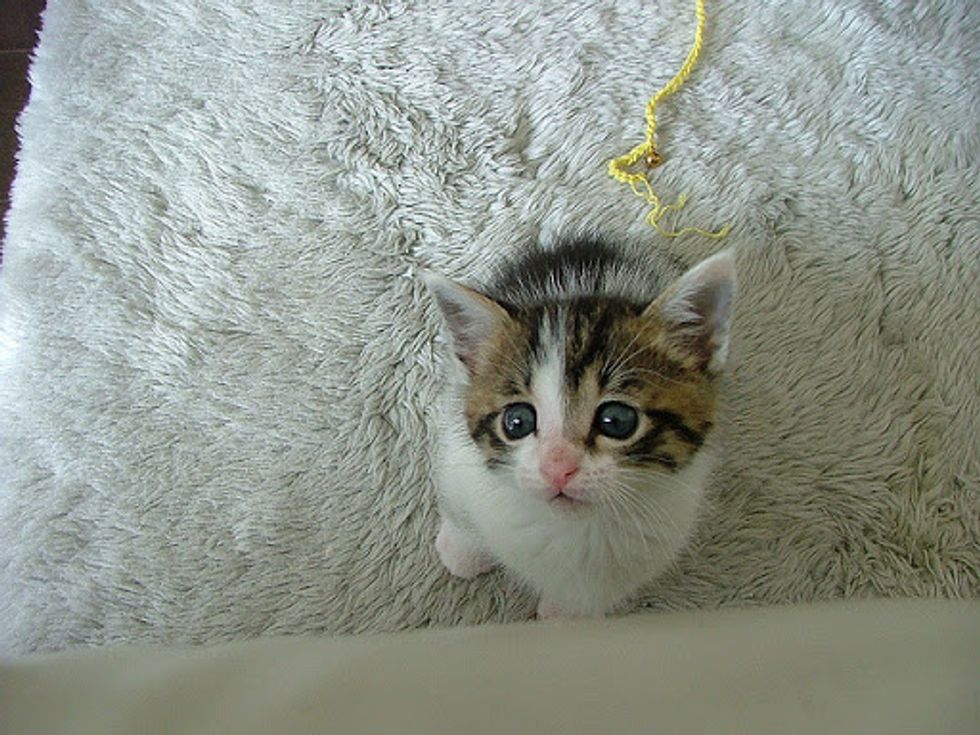 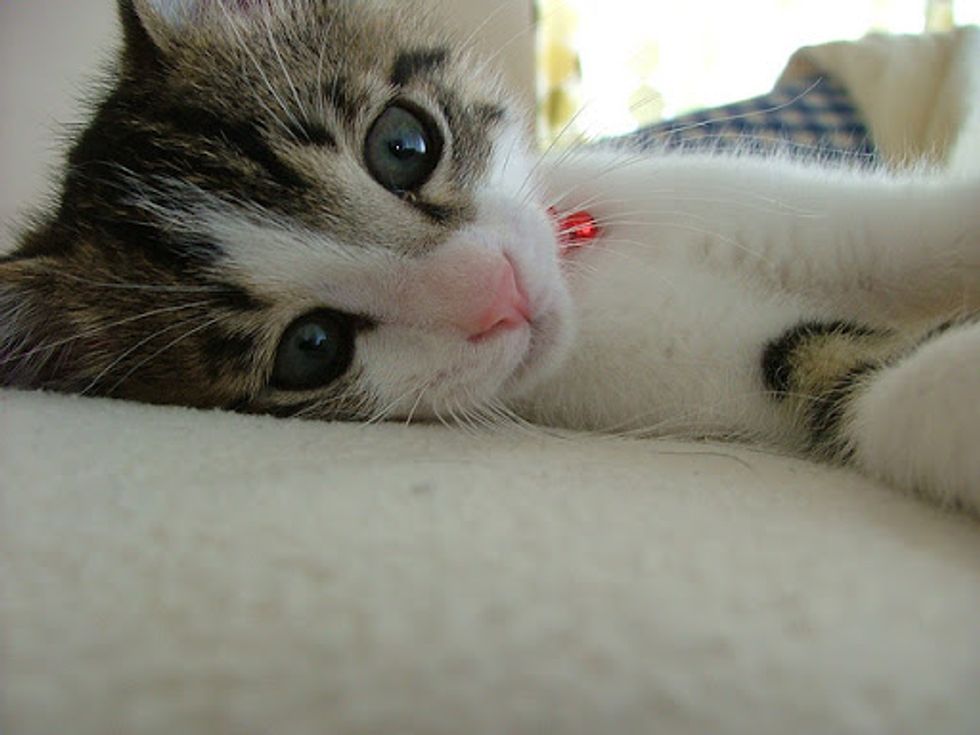 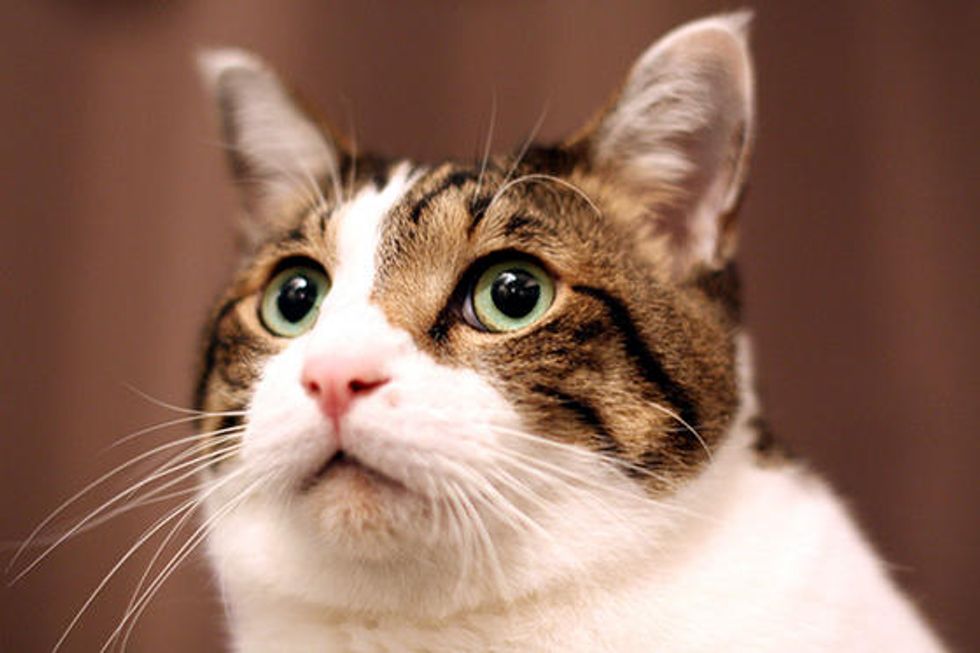 All grown up now

Photos courtesy of H.Sohei (flickr: hsohei, blog: the door into Pete and Delta).