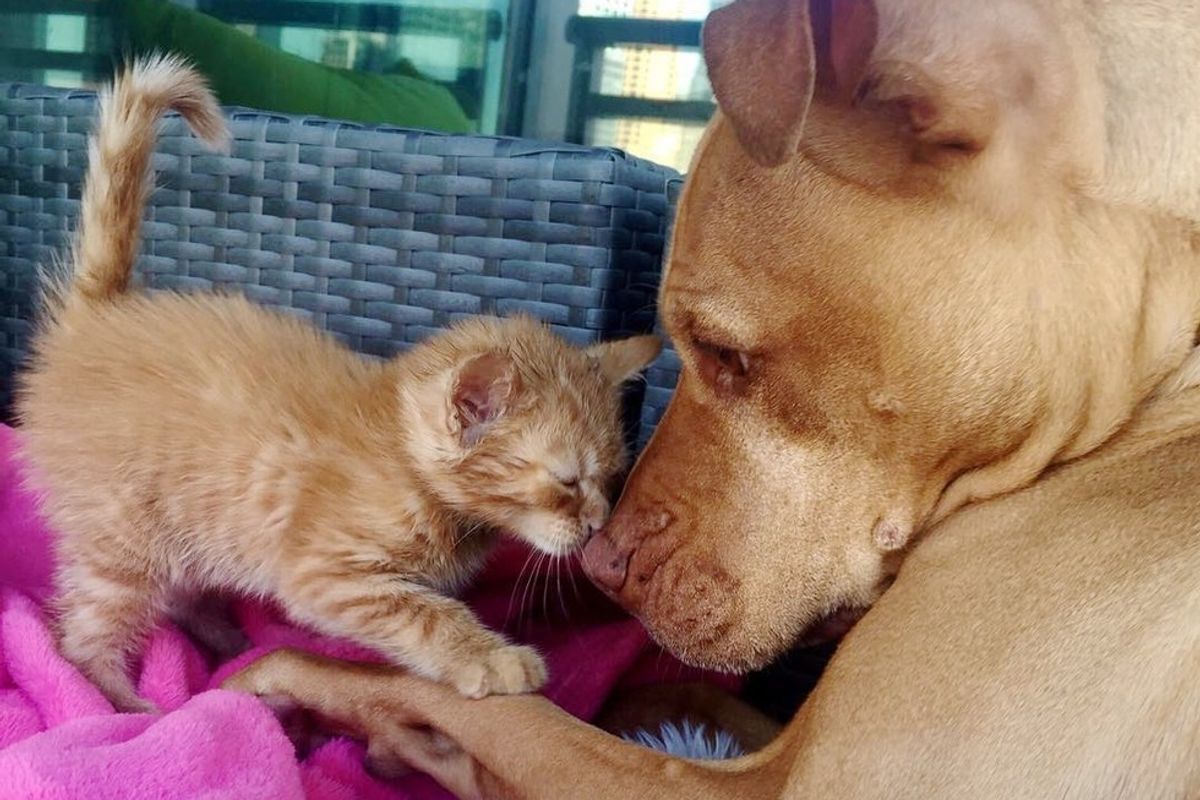 When a rescue ginger kitty met her ginger canine friend, she gave him a kiss and made him her new papa.

Meet Rue the kitten and Bubba the dog! 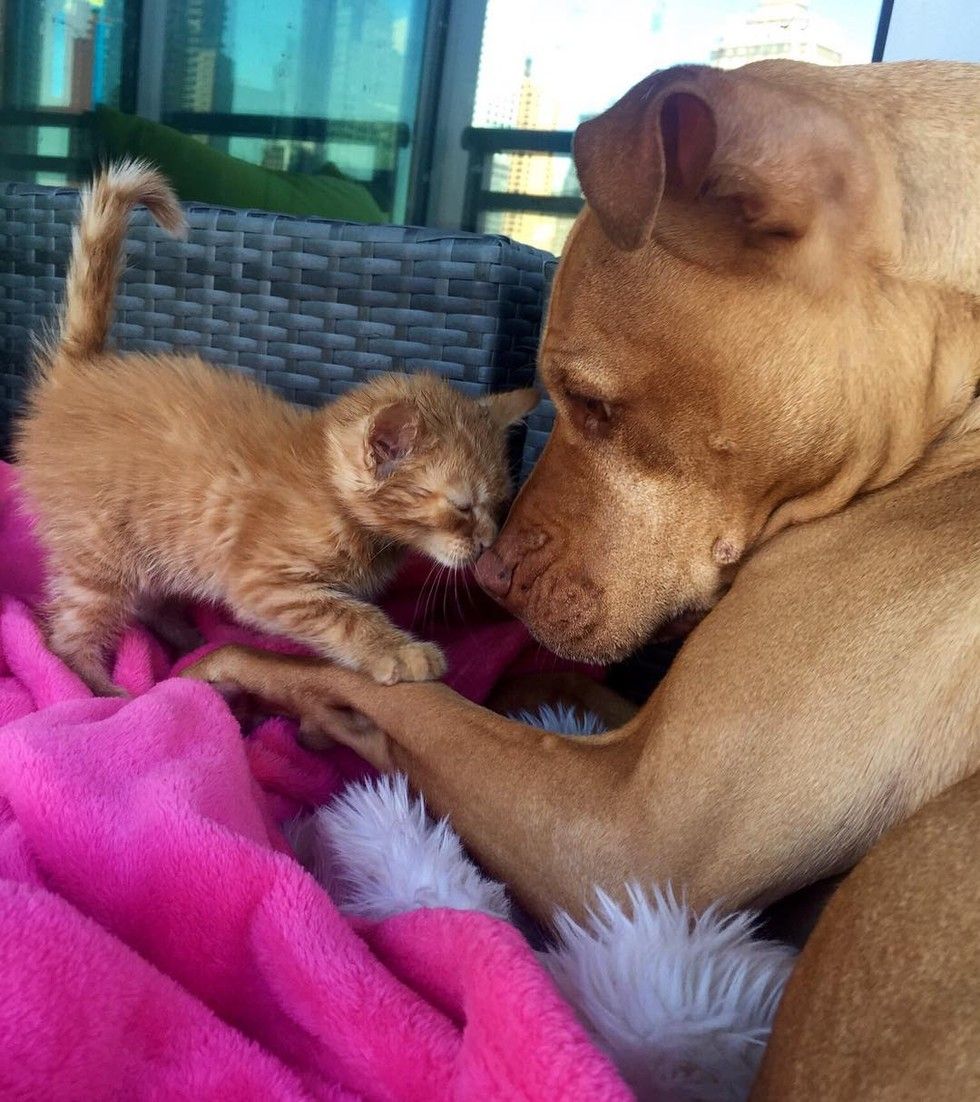 "I rescued Bubba 6 years ago from a shelter in Phoenix AZ when he was 3 months old. At the same time, my roommate had rescued a liter of kittens that had to be bottle fed until old enough for adoption. Since then Bubba has had an endless affection for cats. Like literally obsessed. I always knew he'd love having one of his own but I wanted to wait until we moved to NYC this year.

"After weeks of applying for any baby kitten available for adoption, I finally received a call from a rescue in Brooklyn. She said they had a liter of kittens that were 7 weeks old and would be ready in a week. A week later I went to Brooklyn to pick up a baby kitten having absolutely no idea what they looked like," Rebecca told Love Meow.

When Rue came to her new home, Bubba immediately took on the father role. He bathed her and snuggled with her. 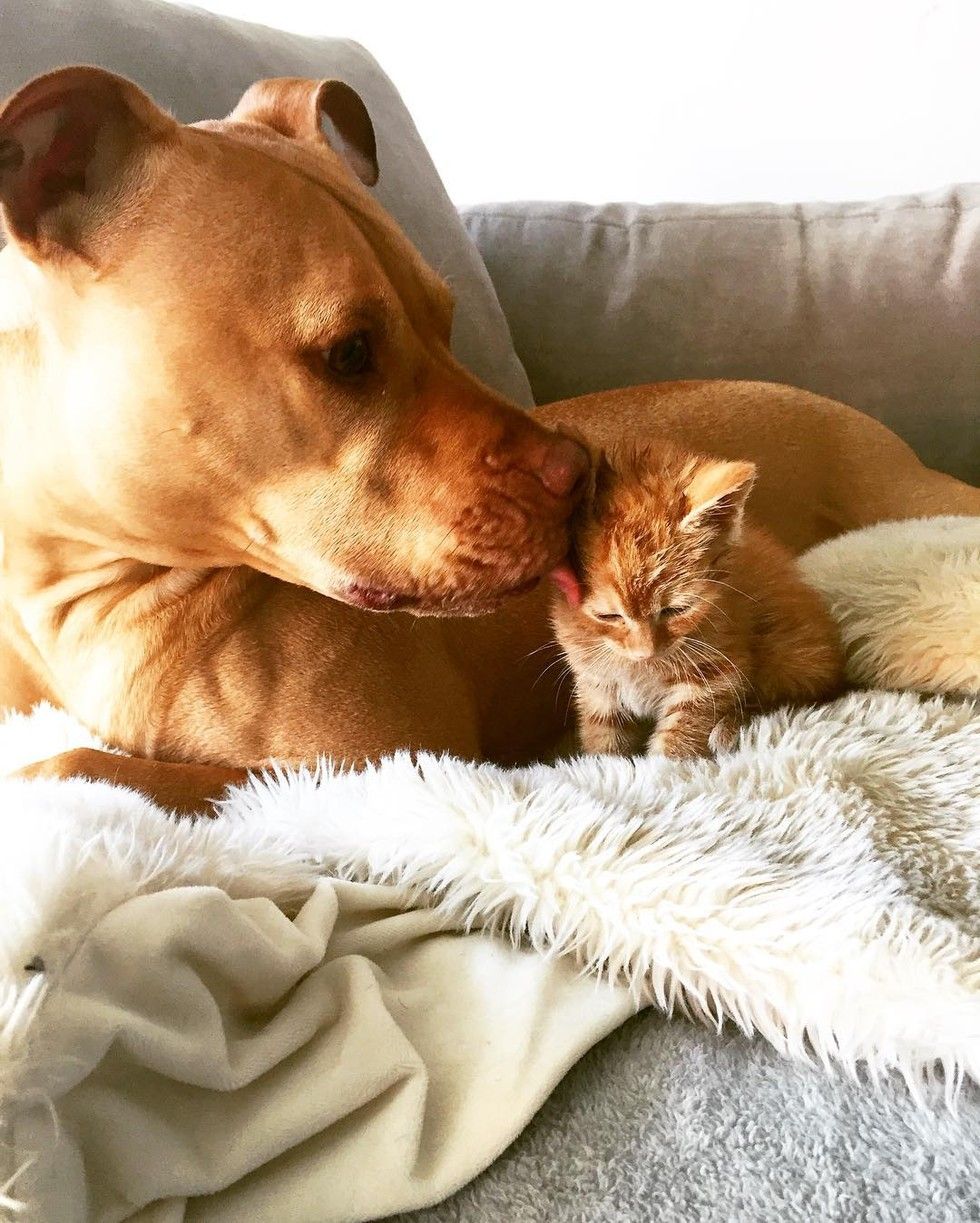 "Rue stood out like no other and I took her home as fast as I could. The fact that Bubba and Rue have identical coloring still blows my mind. How did I get so lucky!? I knew Bubba would be filled with joy the second we walked in the door and boy was I right.

"For the first few hours he would lay his head on my lap watching Rue climb all over me. He knew immediately how delicate she was and to be gentle. After a few hours of adjusting Rue had no problem climbing on Bubba's sleeping body and fell asleep herself (see attached picture). They instantly connected and are now inseparable."

Bubba cuddling with his little fur baby with a big smile on his face. 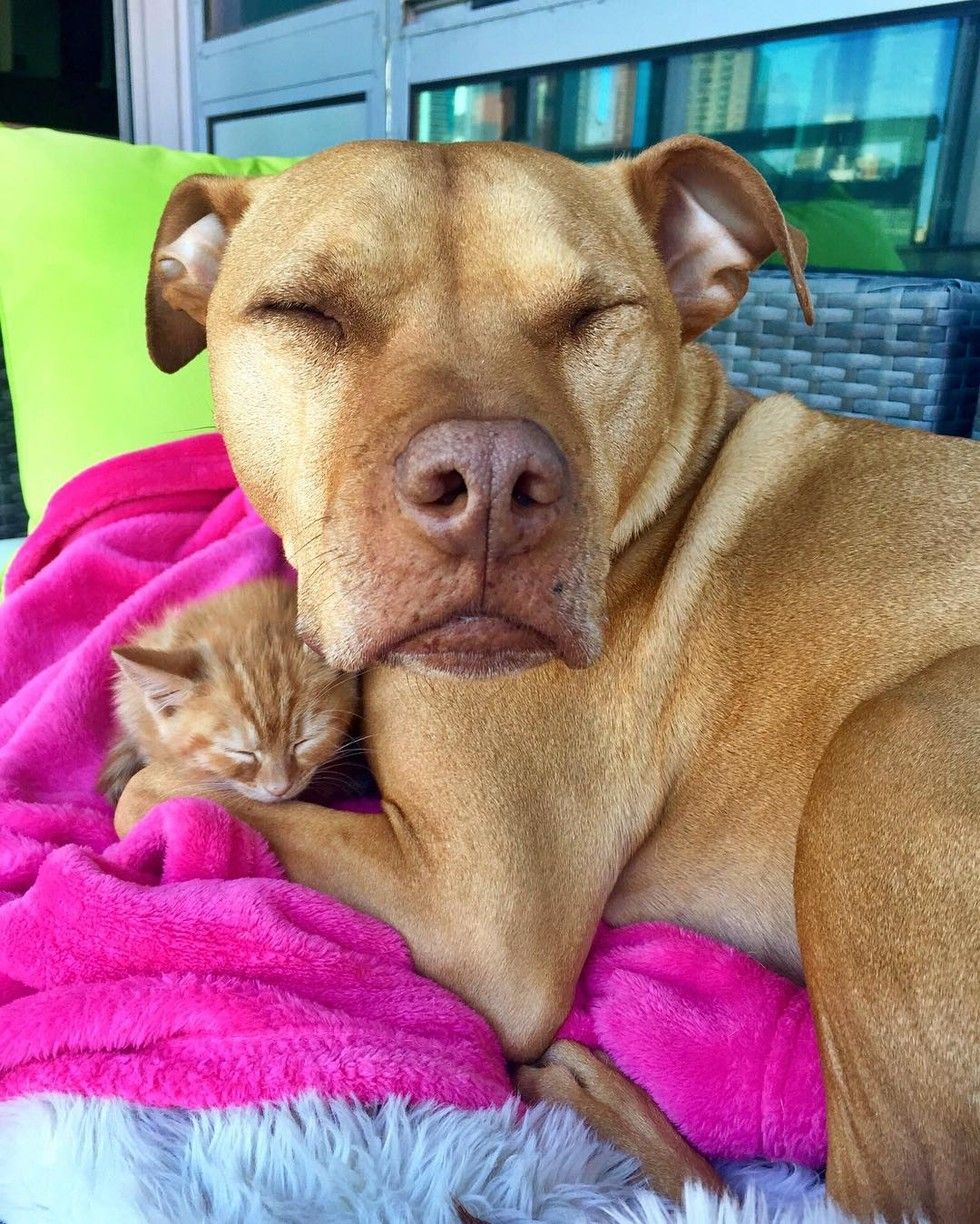 He is very protective of Rue and Rue loves to be loved by her papa. 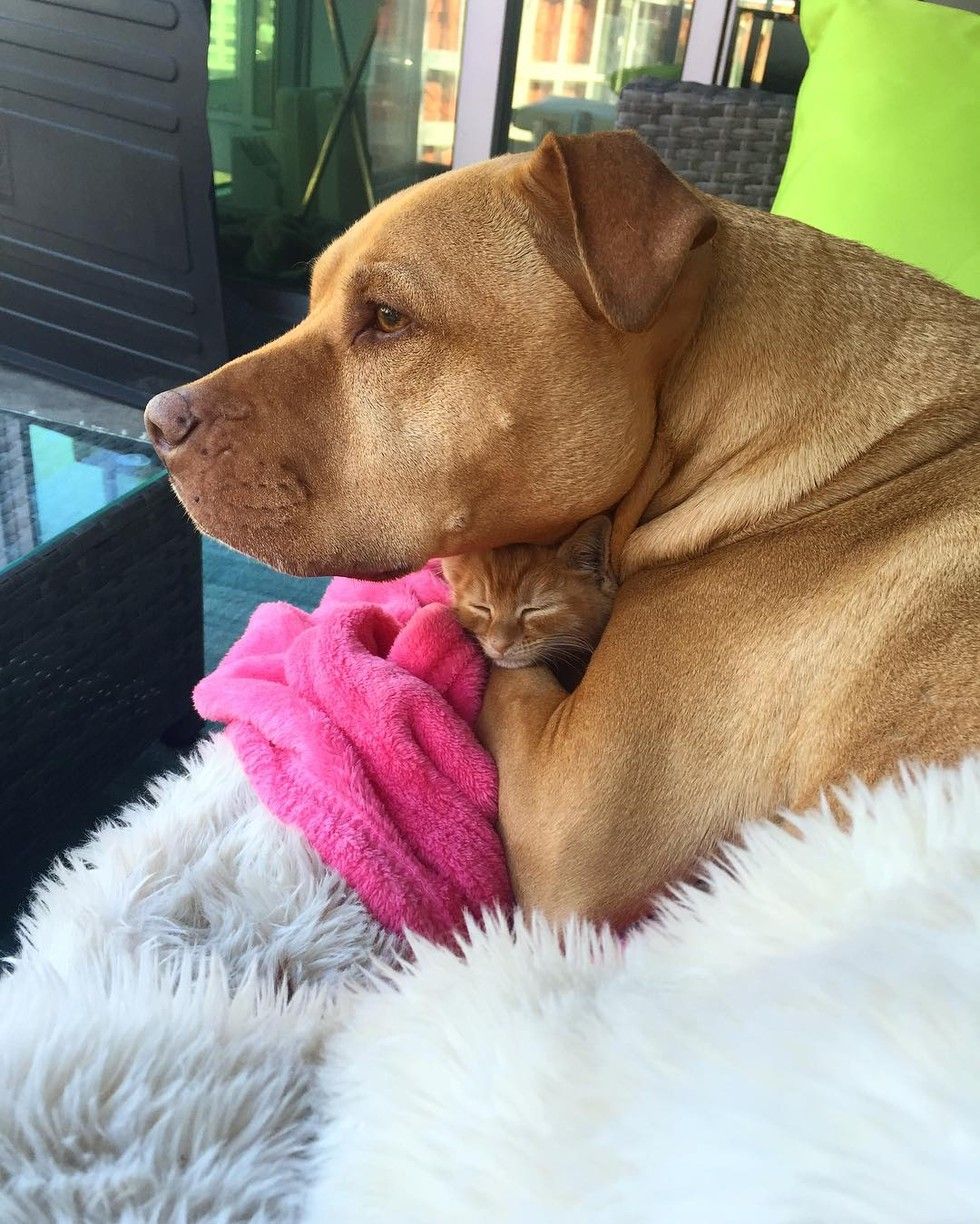 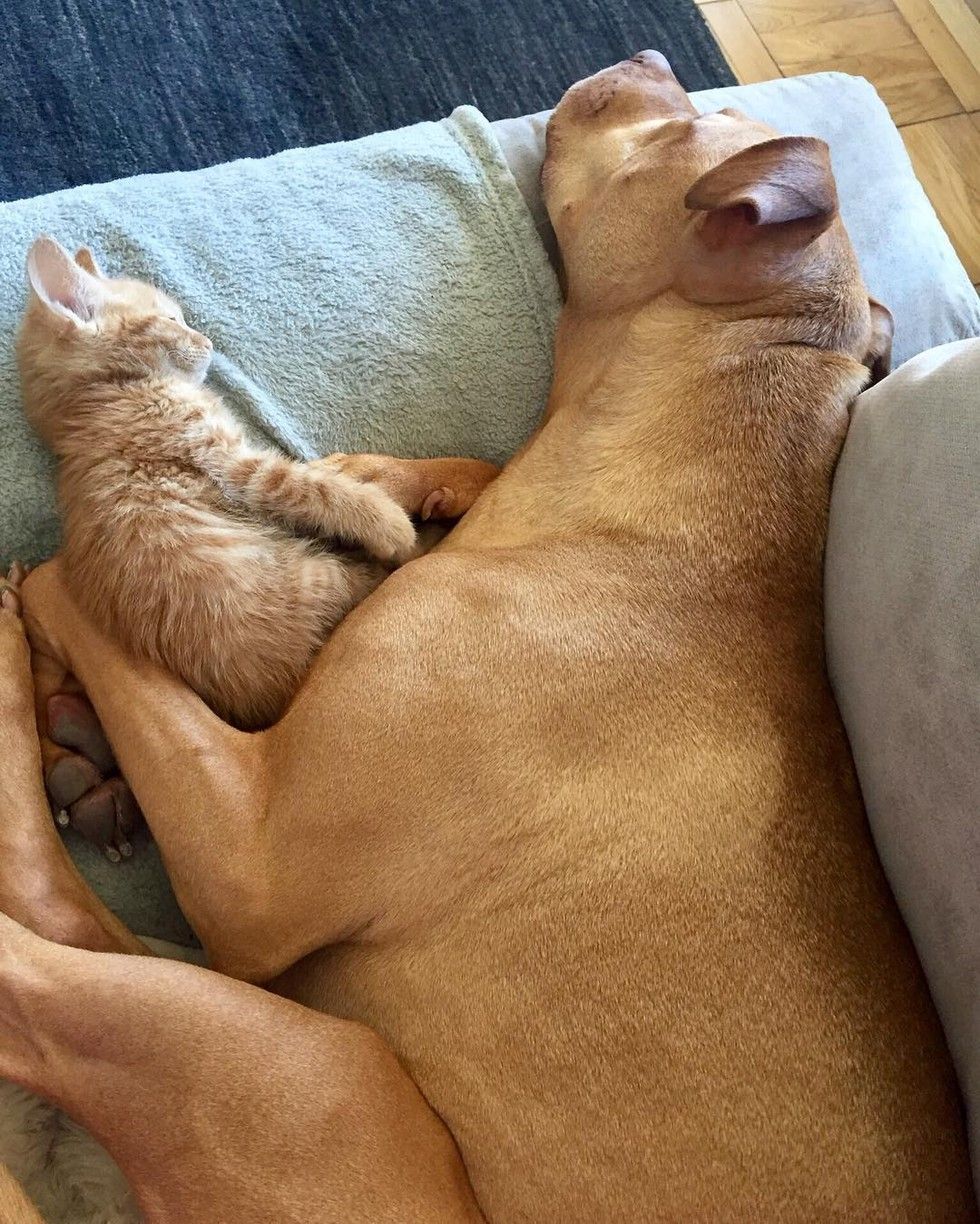 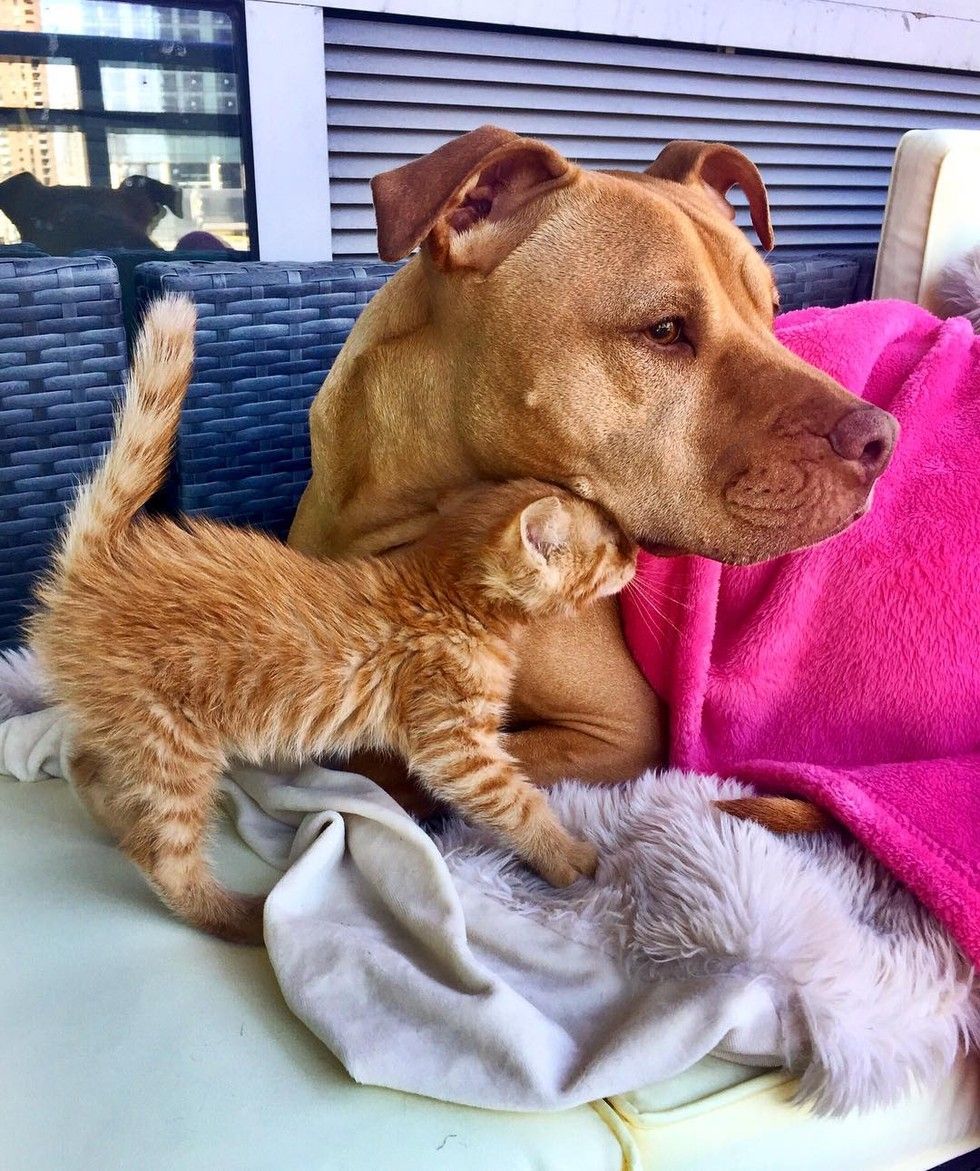 "I think Rue thinks Bubba is her mom and Bubba loves it. He baths her like a baby and snuggles close to her to make her comfortable."

They are totally inseparable! 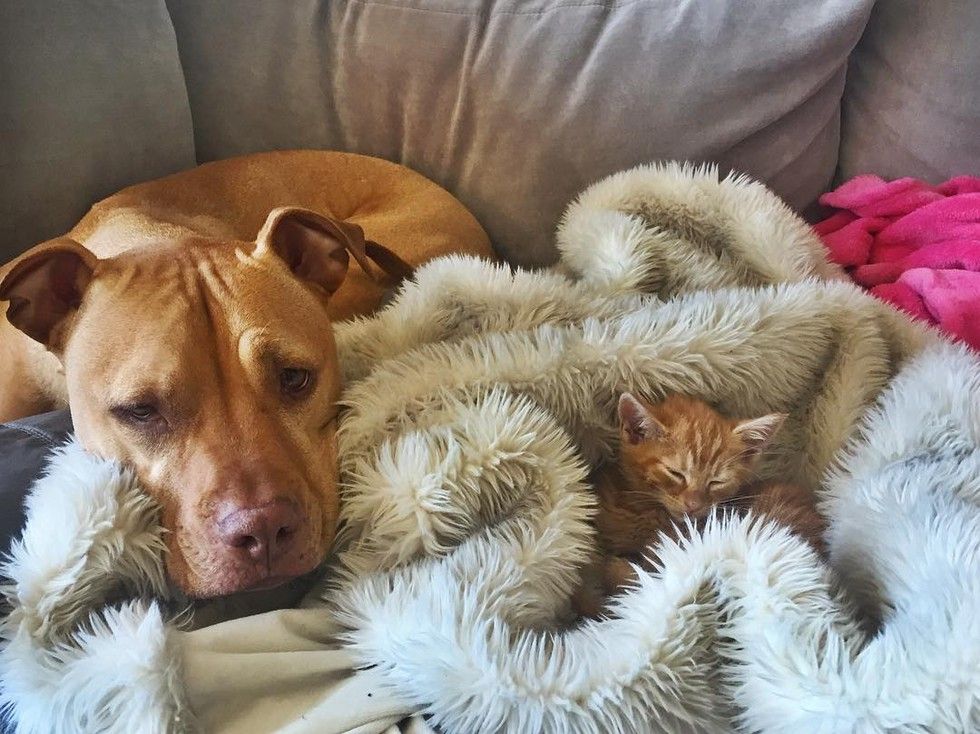