Rescuers Bring Kitten Back From the Brink and Notice Something Very Special About Him...

A good Samaritan found a tiny kitten huddled up against his siblings in some bushes, fighting for his life. Right away they noticed something quite special about the little feline. 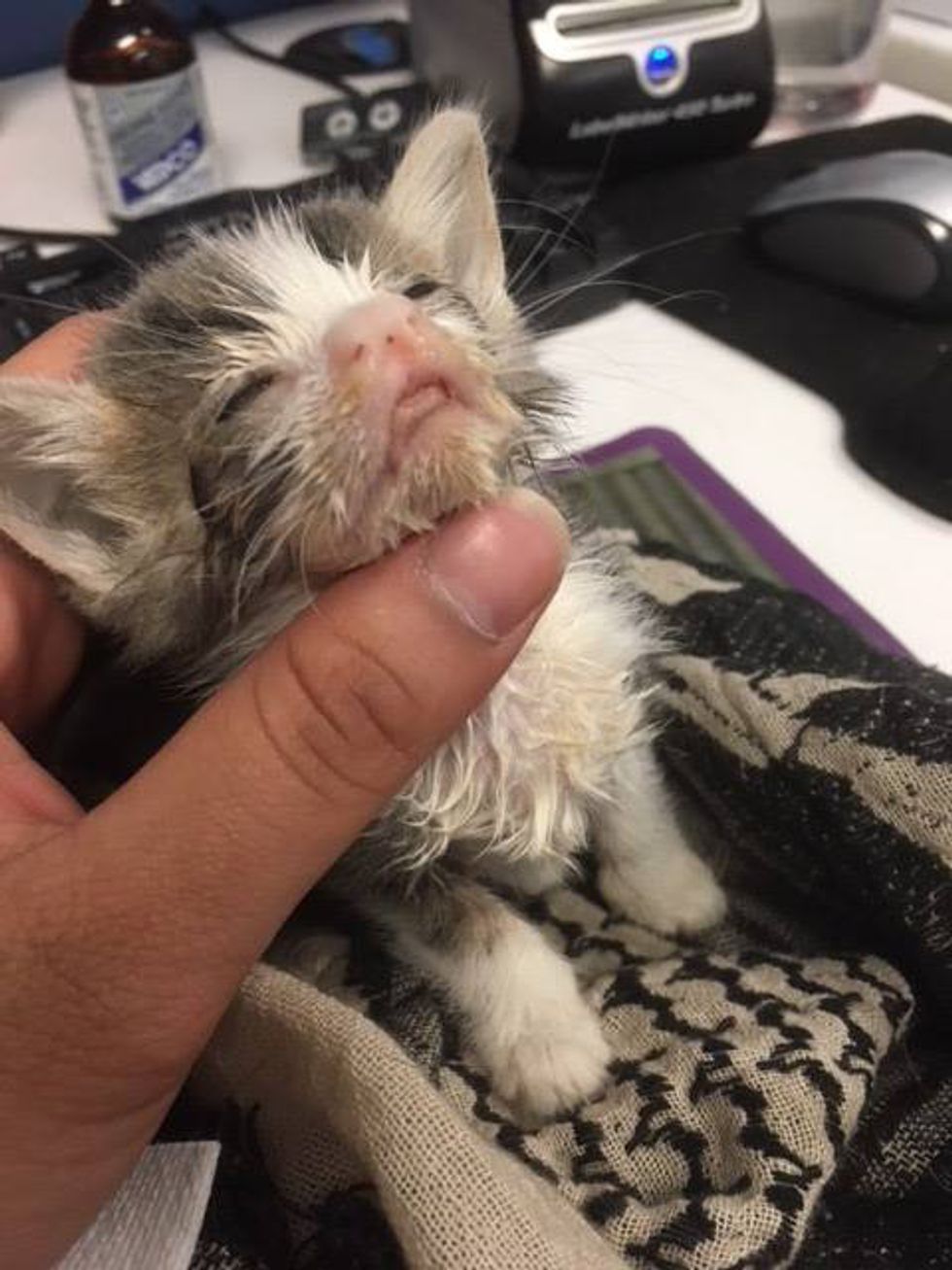 Emmit and his siblings were taken to the vet's office after they were found abandoned in the bushes. They were just two weeks old and gravely ill at the time. Shortly after they arrived, Emmit's siblings passed away, but he hung on for dear life and kept fighting to live.

A vet tech reached out to Milo's Sanctuary in Burbank, California, that take in special needs cats and kittens, hoping they could help this little guy. The rescue welcomed Emmit into their sanctuary with open arms.

"For over two weeks he had to be tube fed, was on antibiotics and needed round-the-clock care. We weren't sure he was going to make it, but he did," Milo's Sanctuary told Love Meow. 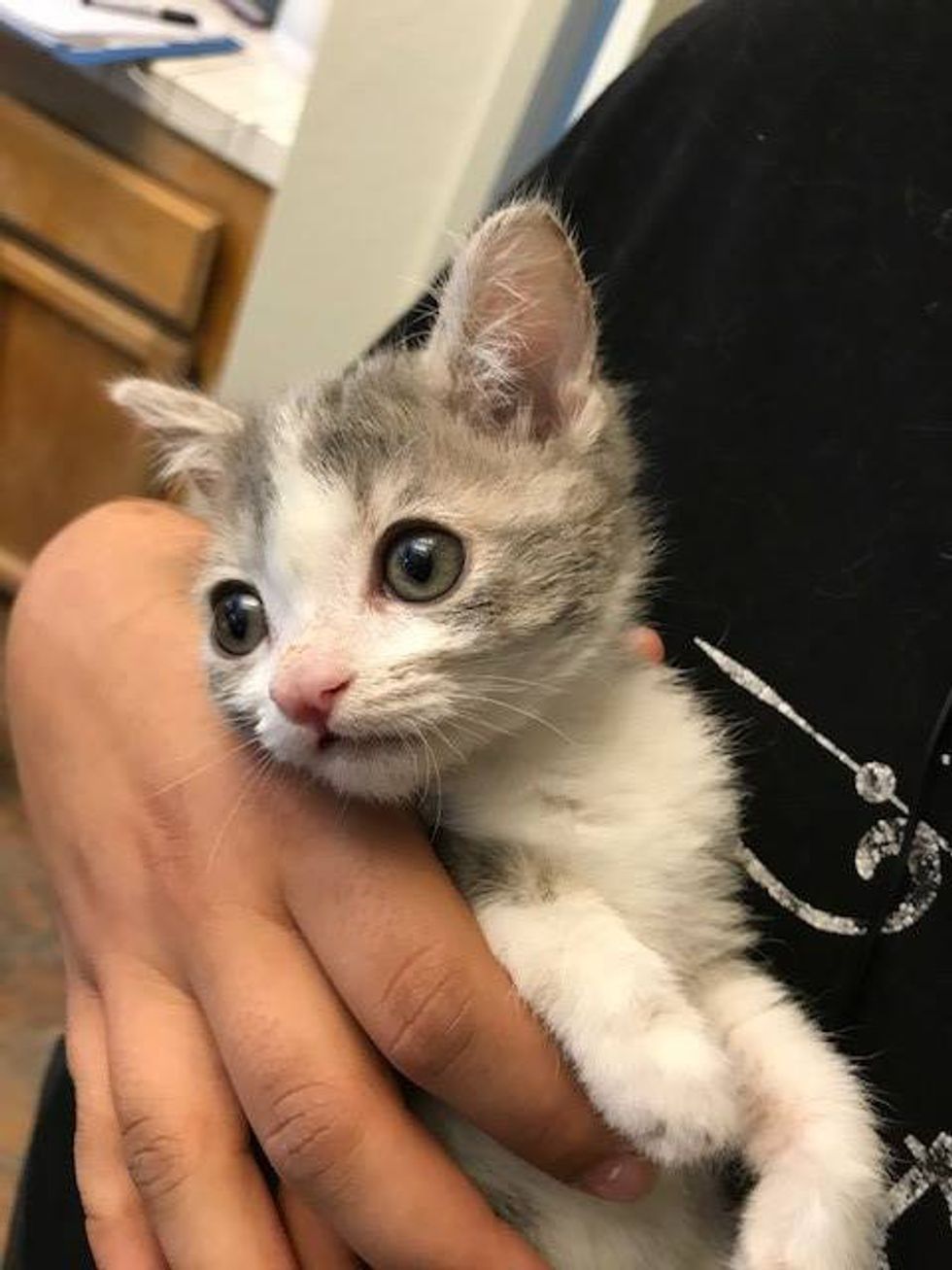 Emmit has a unique face because he was born with a cleft nose and slight cleft palate. He's very tiny for his age but what he lacks in size, he surely makes up for it in energy.

As they nursed him back to health, they noticed Emmit's slightly wobbly gait. 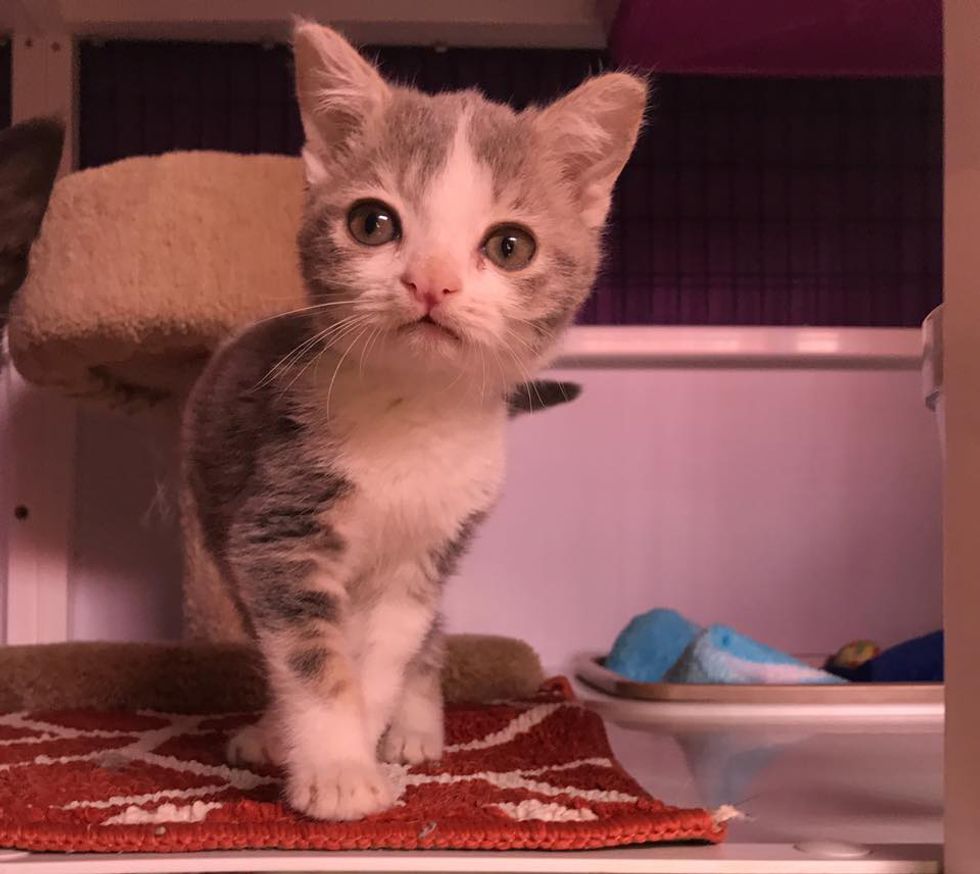 "He has mild cerebellar hypoplasia. He has a cute wobble to his walk and doesn't jump very well, but he tries with all his might," the rescue told Love Meow.

"For one so small he has a big life ahead of him." 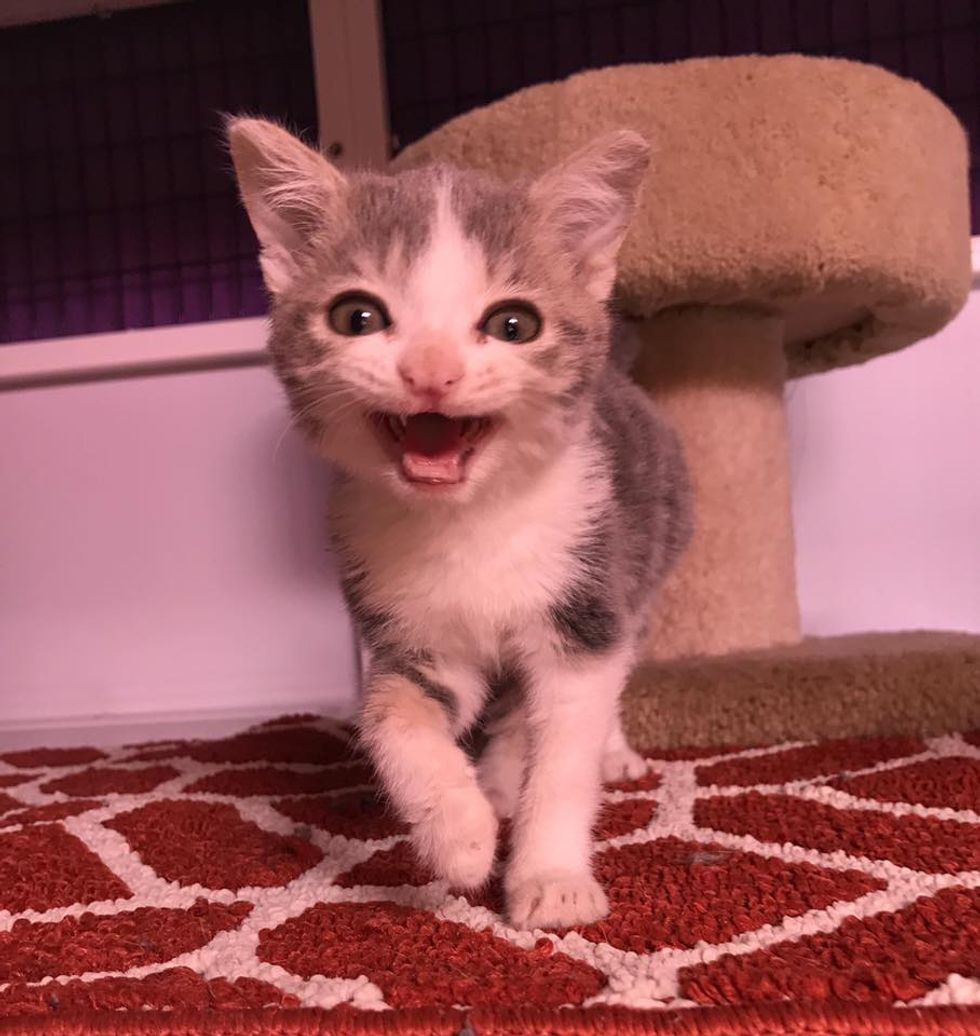 As a little singleton, they paired him up with a 4-week-old kitten, Maggie, (rescued from Mexico) who has a condition called Pectus Excavatum (deformity of the breast bone).

The two special kitties quickly bonded. "They adore each other and rarely are they out of each other's sight!" 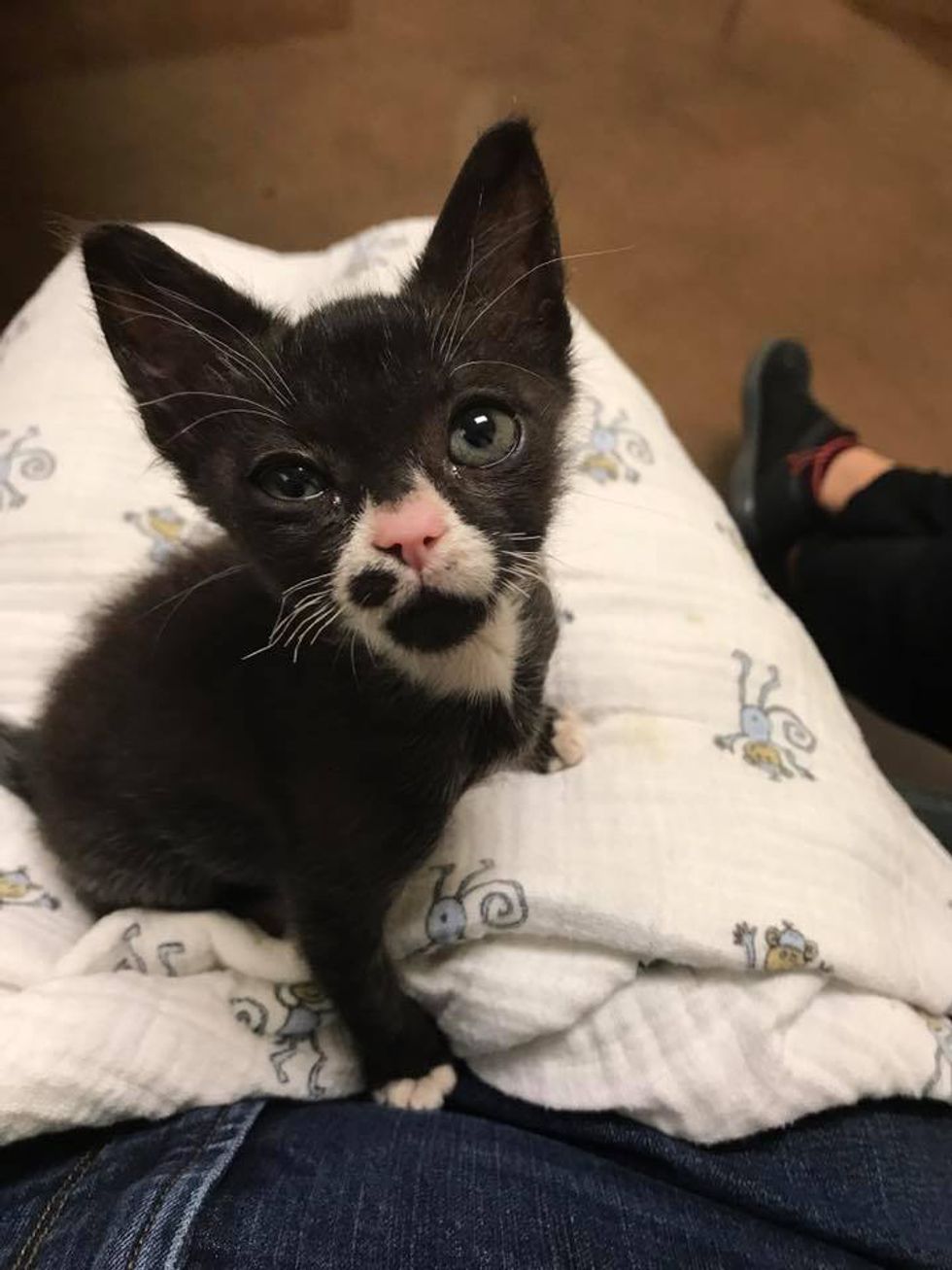 Nothing can stop little Emmit from loving life and getting into trouble with his best friend.

Emmit just had his first Halloween at his loving home. The little boy has supurrpower! 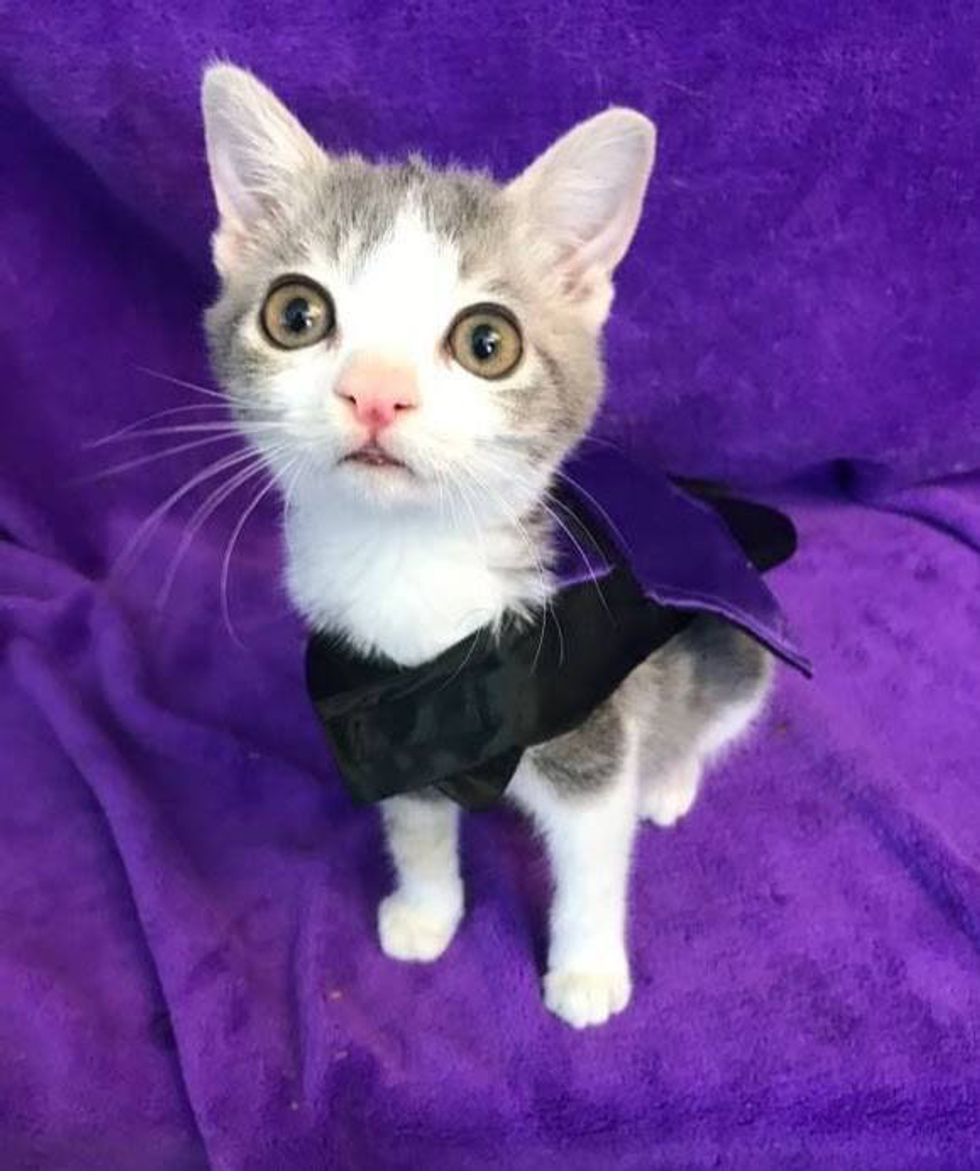 Emmit is a little miracle kitty!

He is forever a tiny cat with a cleft nose and a wobbly gait, but he's the happiest he can be thanks to the rescuers who never gave up him. 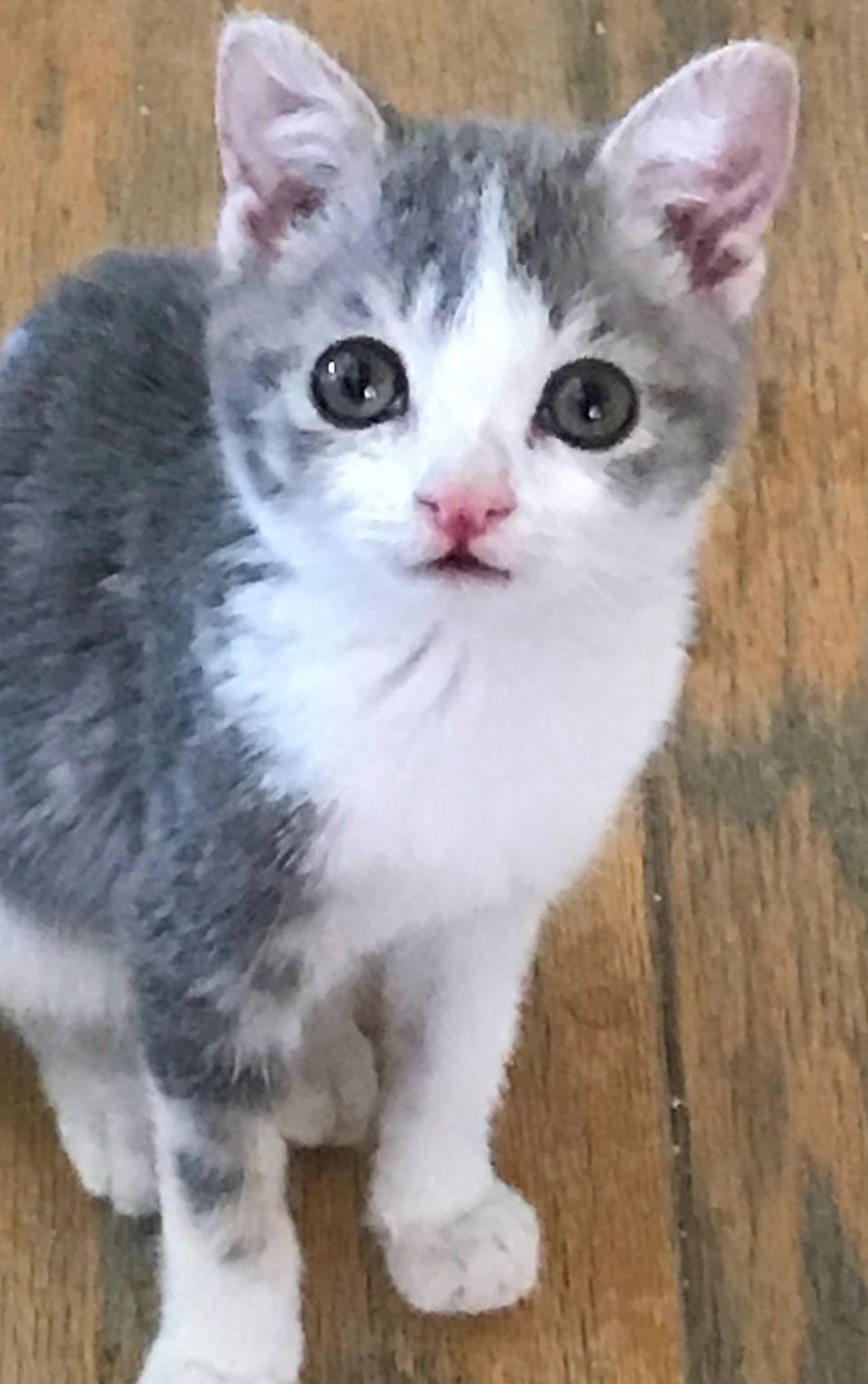