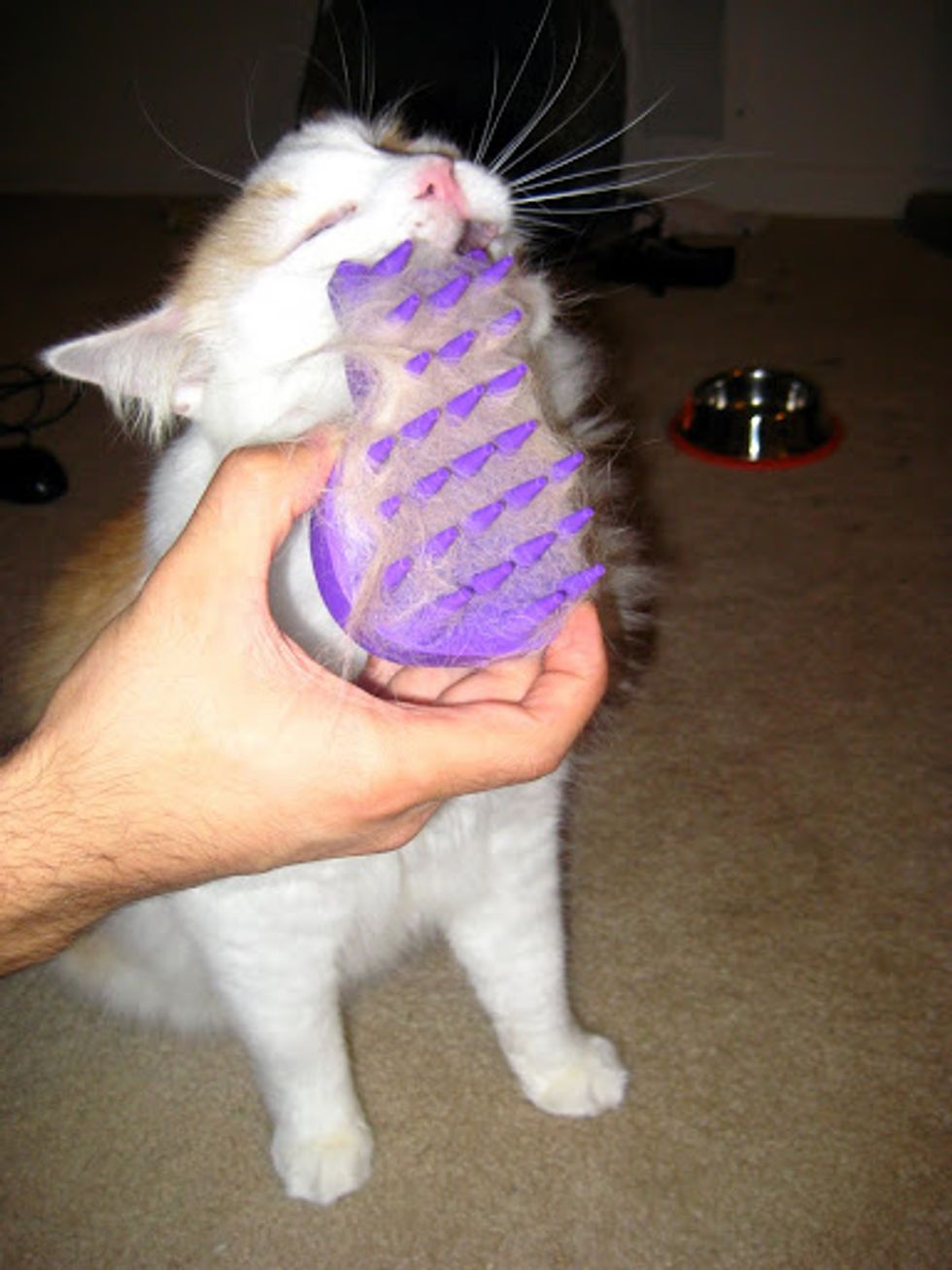 Since it's the CATober 1st, universal birthday for all adopted cats, I decided to stop by PetSmart  to grab something cool for my furry babies. I got some food and a new grooming brush called the KONG Zoom Groom multi-use Brush ($7.49).

I heard a lot about this brush and how it removes hair easily. I even saw videos about it on YouTube, but I was never 100% convinced until I tried it myself.

So here is what the grooming brush looks like. It is shaped like a cartoon cat character with grooves on the surface that crave out the image of a cat. Mine is purple. I believe they have other colors, but there were only 2 purple ones left at the store.

The brush is very light and the bristles are soft and much thicker than the steel brushes.

As soon as I opened the package, it attracted my cats' attention immediately. They all came to check out this new gadget.

Since the bristles are thick and soft, they do not hurt the cats at all. In fact, it felt so good that my cats just laid down flat and turned their body over signaling they wanted a tummy rub.

The brush untangled hair easily and I didn't need to force it to get the fur straight. The cats felt comfortable with the brush massaging back and forth. It was like pampering them.

After brushing for just 1 minute, that's what I got. It is quite impressive. I have never seen so much hair coming off Jackie's coat so easily. It does remove hair well, better than what I expected.

I have to say that this is perhaps the best brush I have ever used. I tried it on Flip who sheds most hair out of the 3 furry babies. It got so much fur off him that I knew it would greatly reduce hairballs for the little guy.