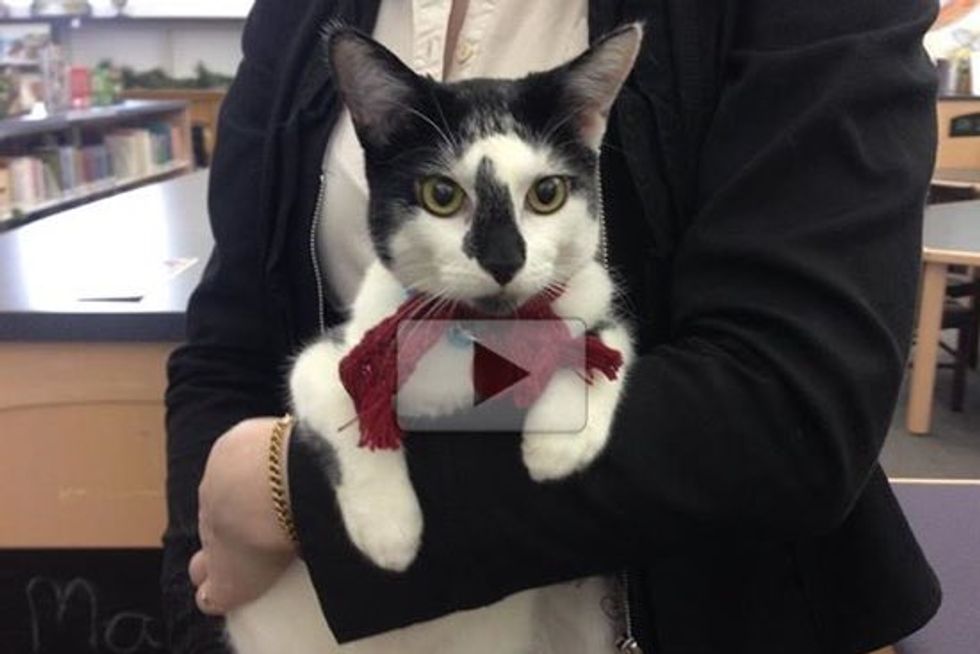 A stray cat found her way into two local libraries in Dorr Township, Michigan. When Natalie Bazan’s mother was taking a walk through one of the parks in the city, she was greeted by a feline friend. "…she heard a meowing up in the tree and down comes Sasha," said Natalie, the Director of the Hopkins District and Dorr Township Libraries. (News Channel 3)

"My mom called me up and said 'Hey, can you do something with this kitten?' She became our library cat," she said.

Sasha the 8 month old Japanese Bobtail cat has traveled between the two libraries every day for a couple months. She enjoys greeting readers, walking around the libraries, and napping on bookshelves.

"We're hoping to use her to draw attention to the Humane Society. We're looking to do a Humane Society drive for this Christmas season. And we're asking people to bring in donations, because she was a homeless cat," Bazan added.

"It brings people in that won't necessarily usually come to the library. They like to come in search her out and play with her. They get used to coming in and then they can use our resources and realize what we have here. She's a gateway to the library," Bazan told to News Channel 3.

Meet Sasha, a stray cat, who found her new home at two libraries.

She was discovered in a park. They brought her in and gave her a home at the libraries.