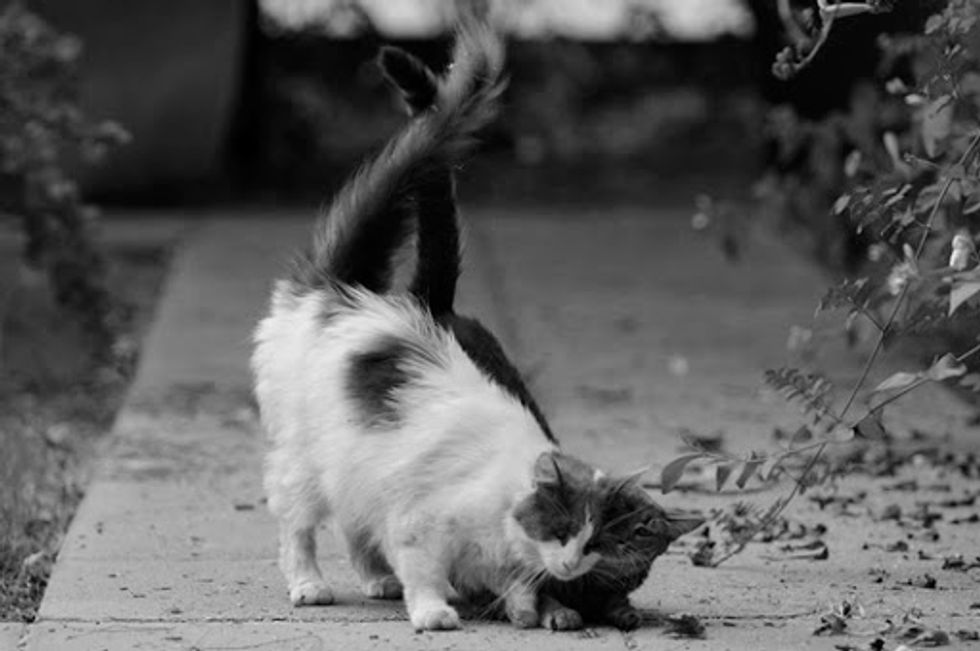 Rhode Island's state veterinarian Scott Marshall has outraged many animal lovers by stating that euthanasia may be the only answer to reduce the state's feral cat population and the trap-neuter-return programs are "ineffective."

“I’m not a cat hater. I’m a vet. I’m cat lover. I just don’t see another solution to it. The solutions we have tried are ineffective" Marshall said.  According to this article, Marshall's proposal is to require animal control officers to impound "roaming and feral cats" and that animal shelters put them down.

Dennis Tabella, director of Defender of Animals was shocked by the proposal, calling it "inhumane and outrageous." "No cat, domestic or feral, that spends time outdoors, will be safe," he says.

Marshall stressed that the health risks that came with the roaming and feral cats marked the main reason why they should be put down. However, Tabella argued that the feral cat population has decreased through TNR programs over the past several years and believed that things would only get better with the cooperation of cat owners to spay and neuter their own pets.

“There are a lot of individuals and groups making positive inroads in keeping these cat populations down. It’s not perfect. It’s going to take a while, (but) there is progress being made," he says.

On the other hand, Jim Croushorn from the Leon County Humane Society in Florida is participating in their TNR program to be part of the efforts to control the feral cat population in his region. They believe that "the feral cat situation is really a people problem."

According to the University of Central Florida their campus feral cat population has dropped from 150 cats to less than 10 cats since they started their TNR program 15 years old. Every cat they captured received a rabies shot which protects the cat and makes it safer to others.

Though Rhoade Island and Florida are many states apart, it is hard to believe why TNR programs that work well in Florida would not work in Rhode Island.