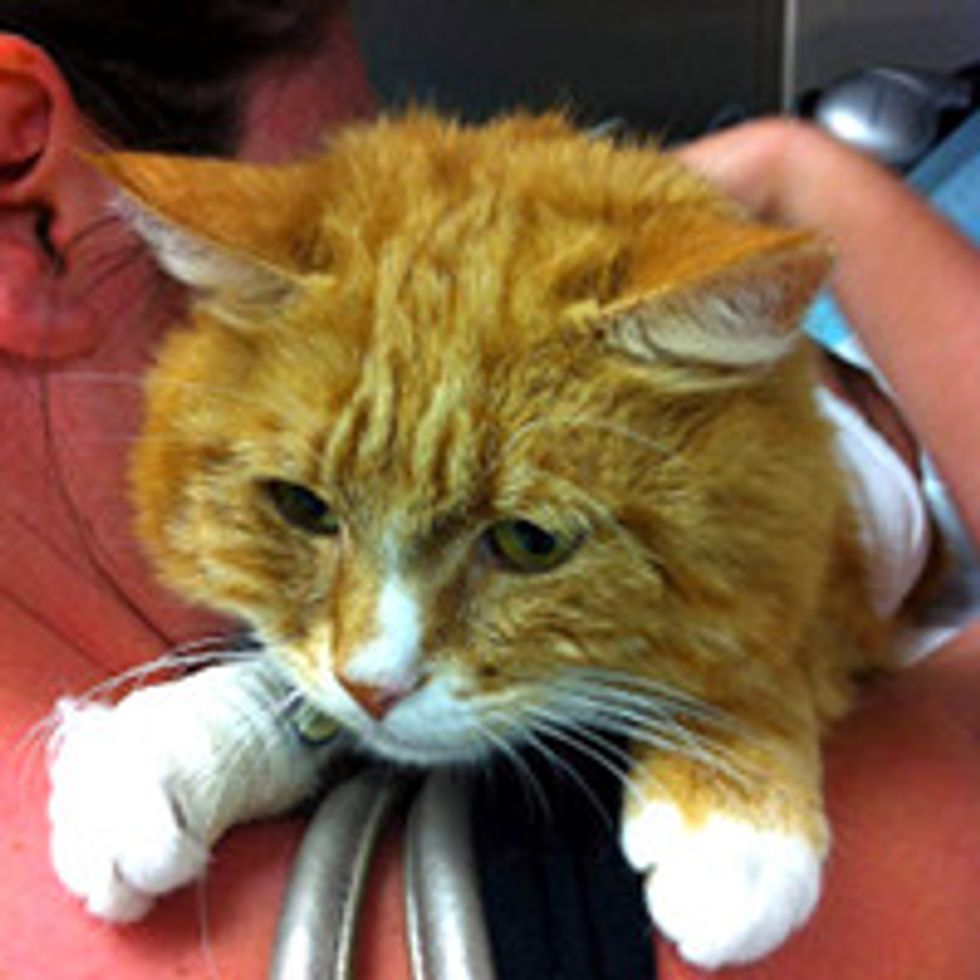 Story of Chester: Journey to A Full Recovery

When Chester the ginger cat was adopted from the shelter, his new family realized there was still much work to be done to help the little ginger get back on his paws. They found out that Chester needed a lot of medical treatment and surgery, but they never gave up on Chester no matter what. It changed his life forever. This is Chester's journey to a full recovery:

On January 30, 2012. The night when Chester was adopted. It was love from the very start.

"He couldn't lay in any other position, never played, never ate, and was always sick." They started taking him to a vet since beginning, but they weren't helpful.

4 months later, they switched to another vet who found out what happened to Chester. The little guy had been hit by a car in the past. "He had a chronic diaphragmatic hernia and needed expensive and risky surgery to live a full life." The couple packed up and drove all the way from Canada to Washington State University.

After the surgery, Chester was in rough shape and put in ICU for 6 days. The couple camped in a park in their car while waiting. They visited Chester twice a day to give him all the love and comfort they could supply.

The vets at WSU fell in love with Chester, and made him a custom eye mask out of gauze so he could get some sleep and recover.

The surgeon told the couple that the injury was most likely caused by a car accident at least a year before the surgery. "So he was living on the streets in this condition for at least 7 months. The strength it took to stay alive for that long while being basically paralyzed, I will never understand," said Chester's human dad.

Home sweet home. "Lots of heat packs for faster recovery." He was very tiny at the time.

"because of the blood pressure crash, blood couldn't get to his back right foot." But they were able to save most of it. The couple couldn't afford any more surgery, so they started a fundraiser.

"Three weeks later, the surgery was paid for and Chester had two less toes."

They cleaned his foot and changed a new bandage for him three times a week.

Sometimes he gets to clean it himself.

Before surgery, he wasn't able to lay on his back, but now he can do whatever he wants whenever he wants.

"His foot is fully healed, he can sleep comfortably, and he's gained 2 kg (4.4 lbs) since his stomach can now expand properly."

He can even play with other cats like a boss

"A year later, healthier than ever, happy and loved."