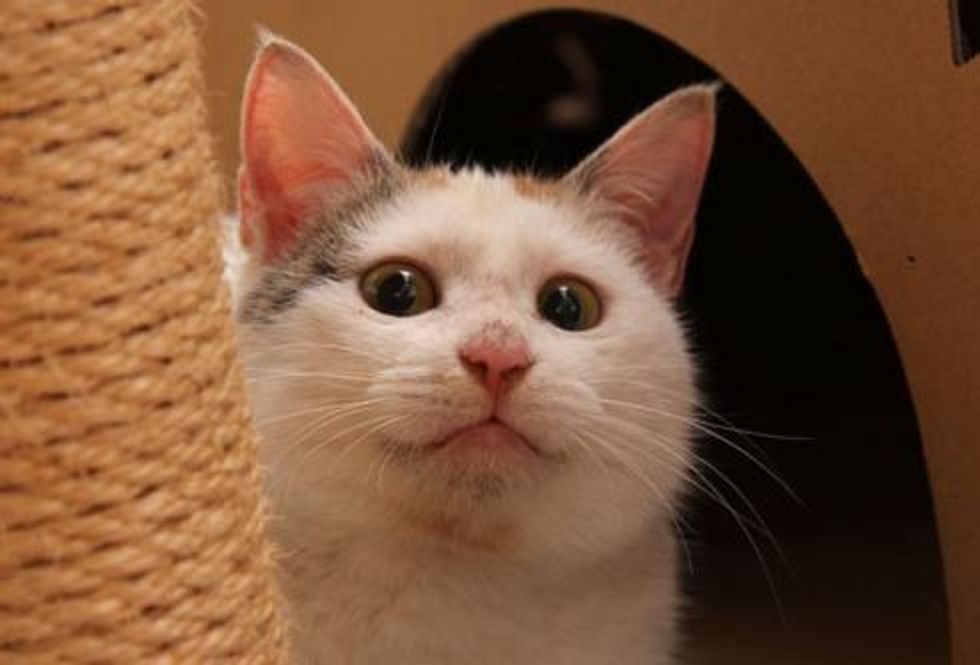 Story of Nanako the Rescue and Her Brand New Life

Nanako was found near a convenience store in March this year. She was filled with dirt, a few scars on her nose and she looked very skinny.

Nanako was brought into her foster home and was given a comfortable tent shaped bed where she immediately took refuge in. She stayed in the bed for a little while while getting used to the new scents in the house.

She did not want to come out of the bed for the first couple days. She ate by the bed and only came out to use the litter box. Every time she finished her food (mixed with medicine), she became happier and even started purring. Very soon she gained a lot more strength and some weight.

A few days later, she allowed her foster mom to pet her while she was in the bed. Though Nanako insisted to stay in her bed, she started loosening up a bit by allowing her foster mom to hold her paws and rub her face.

As Nanako got stronger each day, she also became more and more trusting. When they rescued Nanako's mother Momoko, it was a wonderful moment of mother and daughter reunion.

The mother and daughter both were scheduled to be spayed. After the surgery was over and all their medical tests were done and cleared, they were slowly introduced to the rest of the kitty housemates. Nanako was first a bit apprehensive about exploring the house. She was hiding behind the walls the first day and soon she became more and more confident.

She bonded with a few kitty residents in the house. They welcomed her by washing her forehead and giving her kisses.

Today Nanako is a beautiful kitty with a larger than life personality. It's hard to imagine what she looked like when she was rescued that day. Nanako and her mother Momoko will be adopted together to their forever loving home.