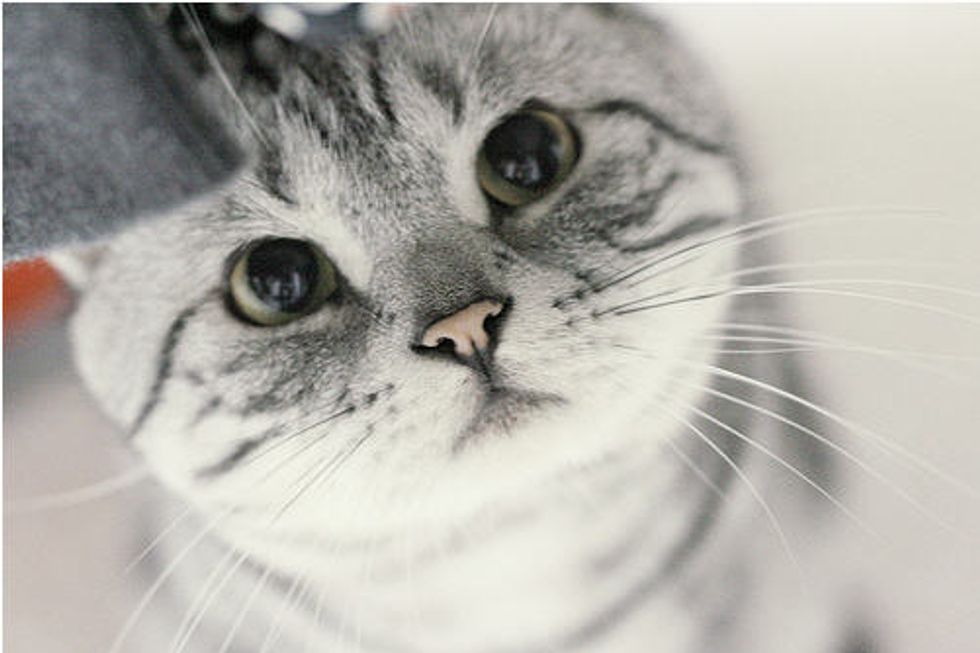 Sushi a lovely round face fur baby is turning four this July.

He is not picky about cat food, but he has a strange obsession for petroleum jelly for hairball removal.

Sushi loves to stare and make faces at anything except when he is getting food. But deep down he is a loving and affectionate little fella who has never fought over food with his siblings and is always kind to them even when they are not nice to him.

When his hooman parents bicker about things, he always comes over to help them mediate the situation. They stop arguing every time he comes to intervene.

Sushi loves to play with bags, boxes and often snugs himself in a small box that barely fits him. The boxes and bags have to be brand new otherwise not only would he refuse to play in them, he would destroy them. Sushi also enjoys watching birdies, pigeons, butterflies and pedestrians through the window.

He is living with two other man cats in the house. Sushi always naps with his brother Aniki. Even till to date, Aniki still suckles on Sushi's chin as if Sushi is his mother.

Melon the other brother occasionally snuggles with his two brothers in a nap, but Melon likes to provoke fights with Sushi since he thinks he can beat him, but Sushi has been dominating.

Sushi has inspired his daddy to learn photography. Even though he thinks he knows his cat inside out, Sushi still manages to surprise him with his new silly antics. It is as if he has a different point of view every time.

Sushi has brought so much happiness to his hooman parents that they think the love he gives is simply immeasurable.