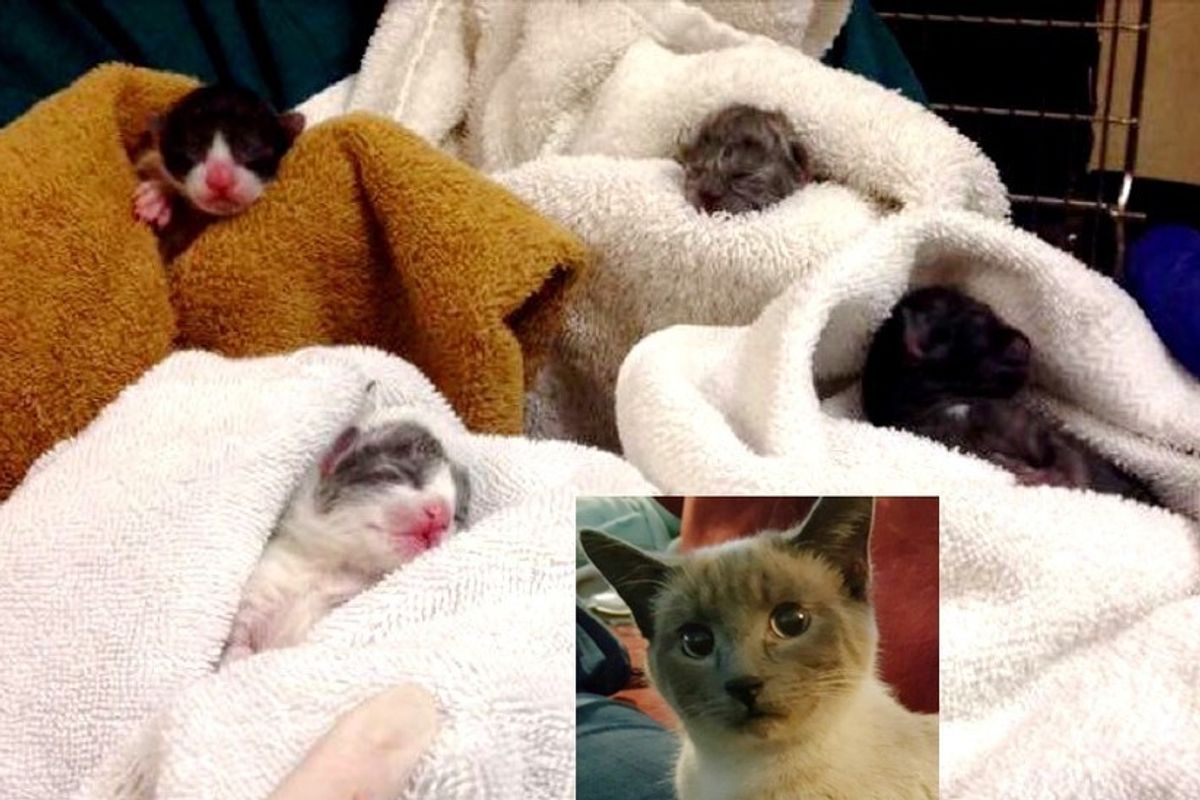 A sweet young cat and her four tiny newborn kittens were saved thanks to life-changing surgery. 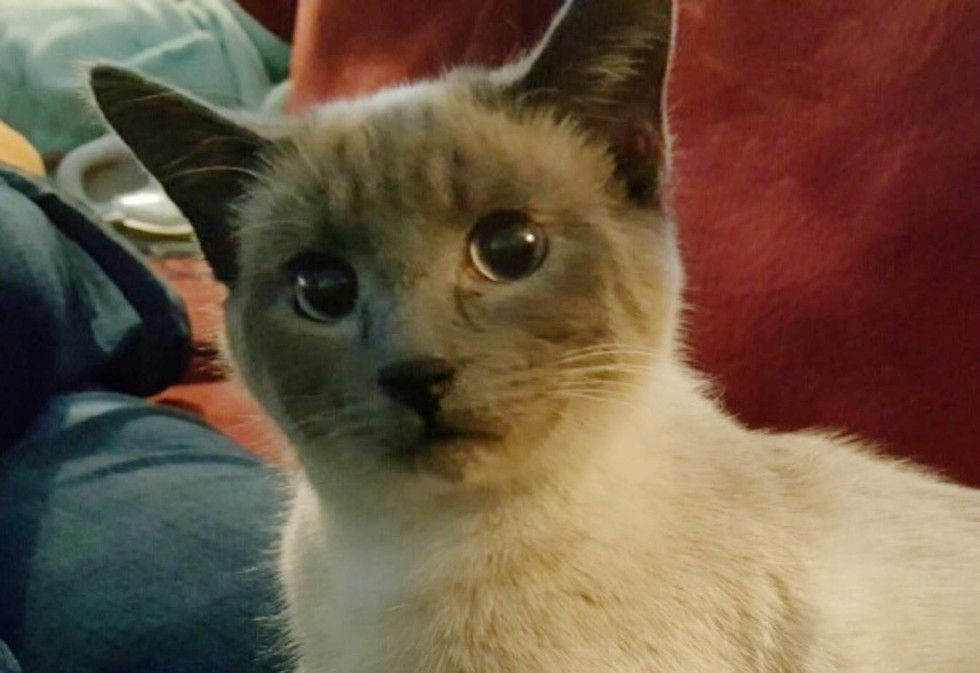 A young Siamese cat was just a few days from giving birth but ended up needing an emergency C-section because of a large hernia. She and the kittens would not likely have survived labor otherwise.

"An owner in Sultan (WA) had at least 16 cats (most Siamese) and he brought us four very pregnant cats. These cats were not strays, but were not living in an ideal situation, as they were in and out of a barn on acreage," Purrfect Pals Cat Shelter told Love Meow. 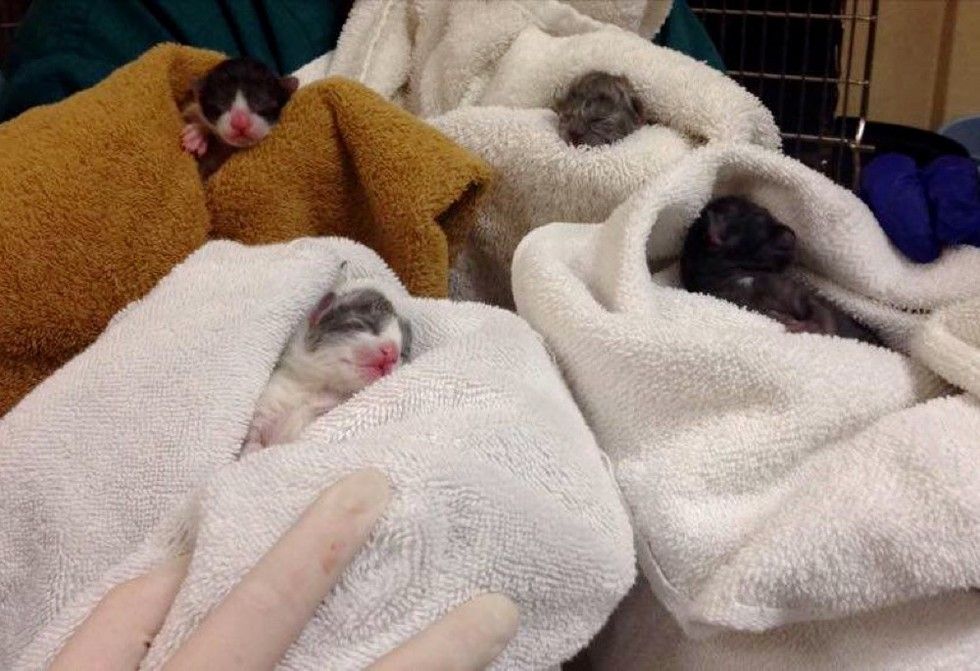 "Mom cat was born with the hernia and owner said he was not able to afford $1,000 for surgical repair... This resulted in the decision to do an emergency C-section, and this saved Mom cat's life and the life of her four kittens too."

"She was pretty confused at first about where the kittens came from and what she was supposed to do with them. Her foster mom, Kelsey, bottle fed the babies every few hours while mama adjusted and now she has settled in and accepted motherhood!" Purrfect Pals told Love Meow. 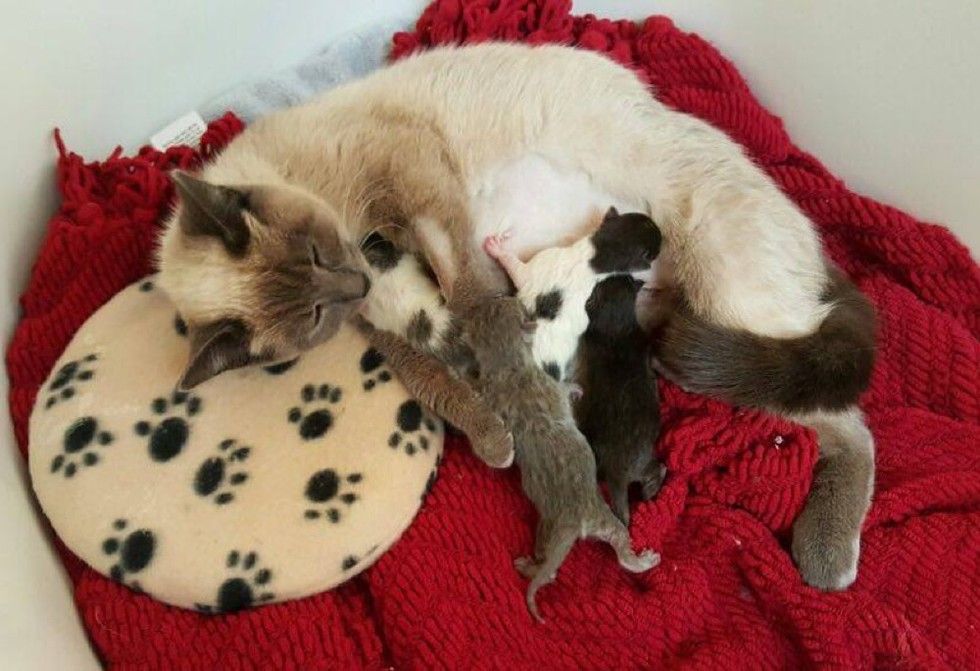 The furry family of five just recently moved into a nice cat room.

"Kelsey transferred Mom cat and her babies to our fosters in Lynnwood, Peggy, Dave, and Jeannette. Jeanette has her own foster cat room, and they have fostered over 50 litters for us in past seven years!" 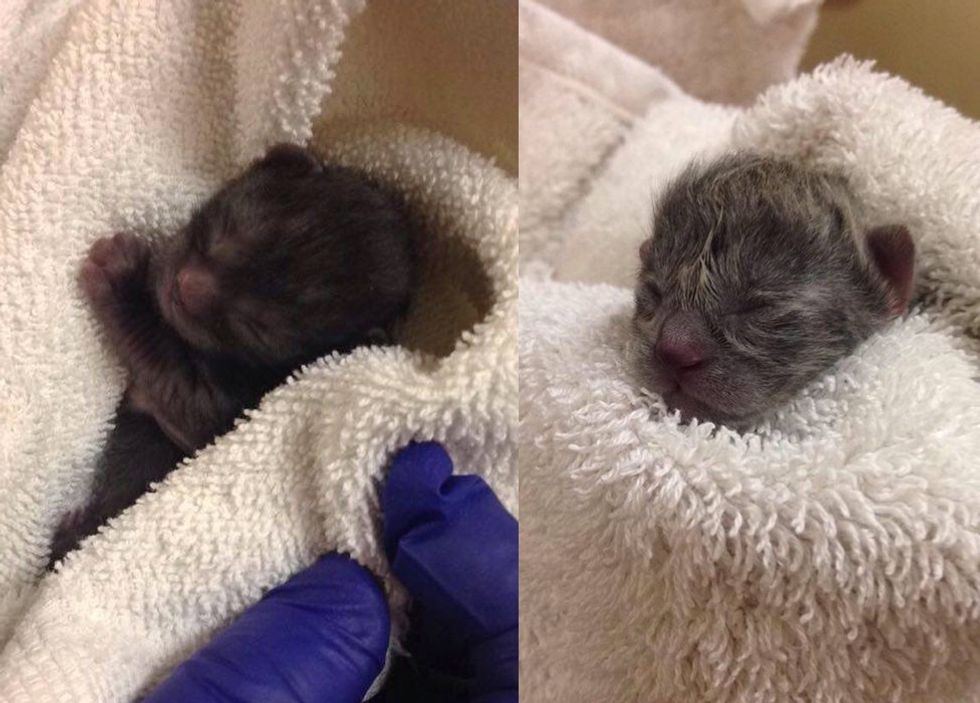 Cats can become pregnant as young as four months of age, having a litter when they are six months old. "They can be spayed/ neutered which is typically 8-10 weeks (but have to be 2 pounds)," Purrfect Pals Cat Shelter told Love Meow. There are many clinics that offer low cost and free spay and neuter services.

"The mama cat practically looks like a kitten herself! She will have an amazing life now." 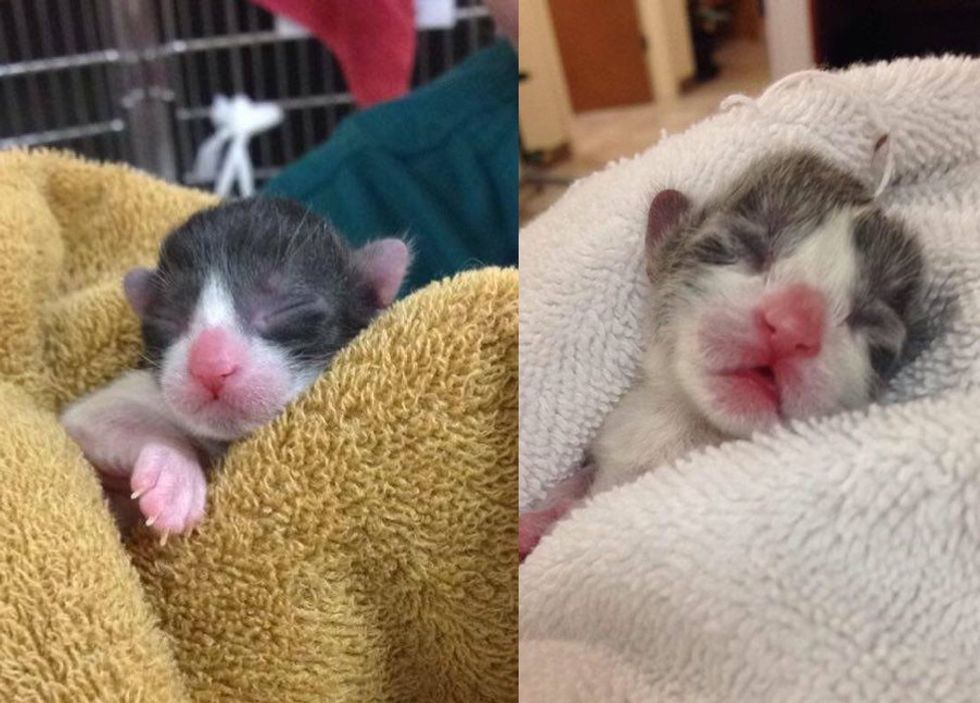 Mama and her babies will be available for adoption when the kittens are big enough. If you are from Washington State and are interested in adopting, follow Purrfect Pals Cat Shelter for updates.