A tabby cat taught his new feline friend how to summon food with a bell.

Their humans thought it was adorable how the new kitty learned the trick so quickly, but little did they know what was about to come. 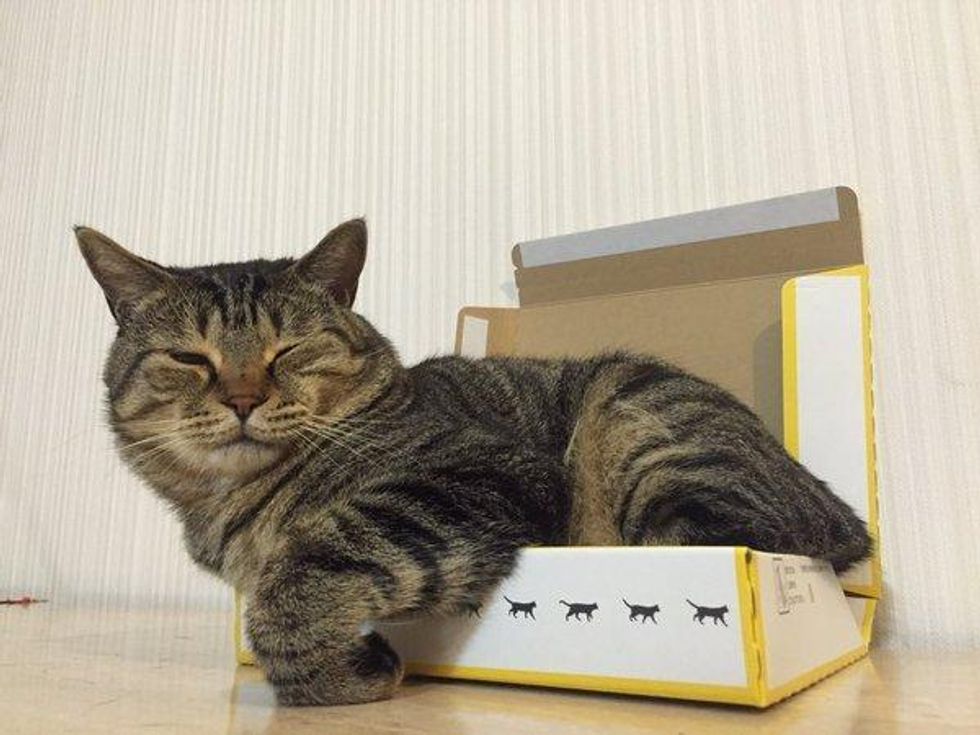 This gorgeous tabby cat, Kijitora, is one smart cookie. Early on, his humans noticed just how easy it was for him to learn new tricks.

They got him a bell and his favorite treats. It didn't take long for the tabby boy to successfully man the bell and get what he wanted.


His humans thought they were teaching him a trick, but turns out, Kijitora had turned the game around and trained his humans to summons his favorite treats.

Then one day, the family brought home a new feline friend. His name is Black and White (B&W).

"He is a rescued stray estimated about 1 year old, neutered and vaccinated," the human wrote via twitter. 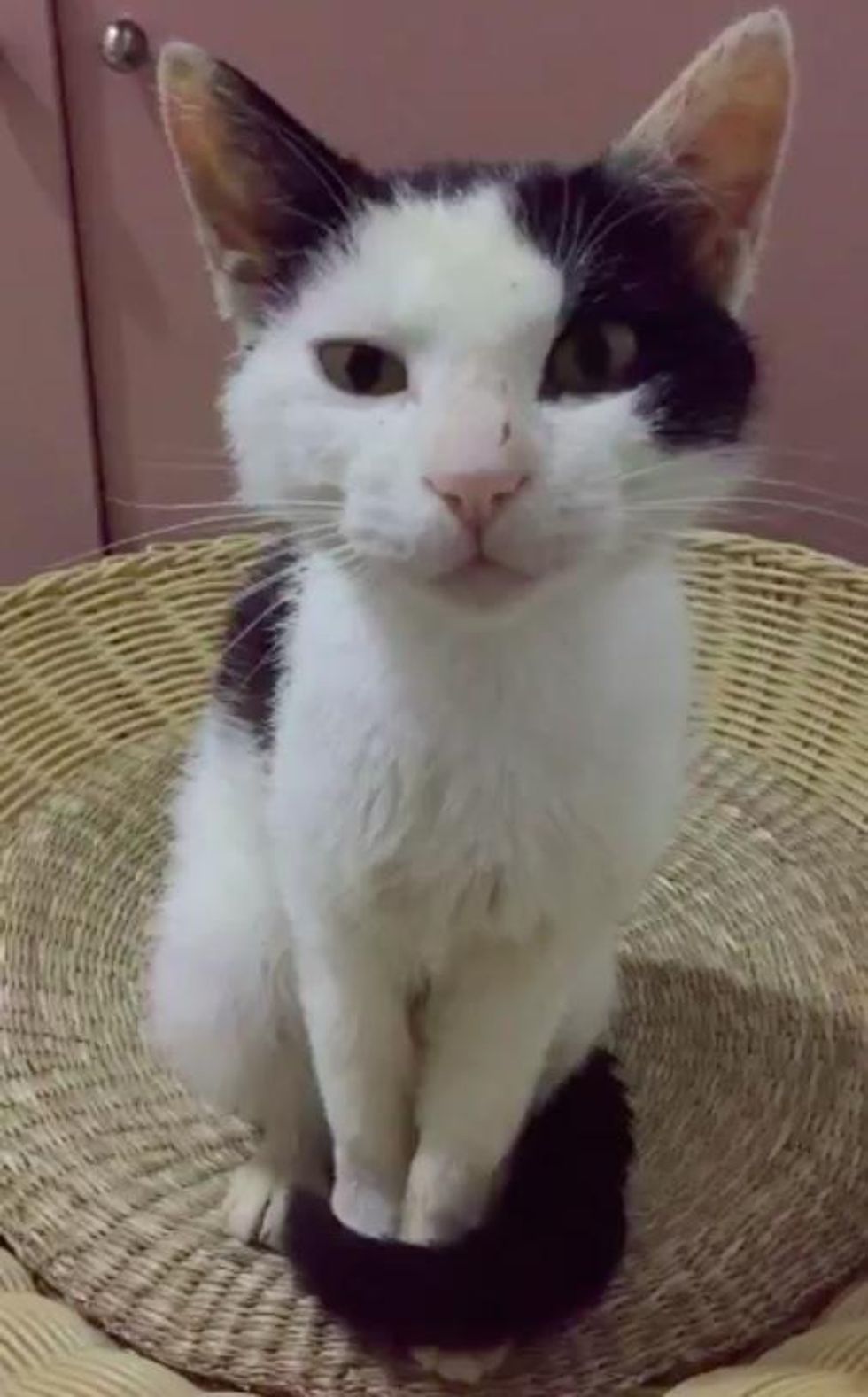 The day after B&W arrived, Kijitora decided to make him his brother for life.

After an introductory bath, they cuddled up together for a nap. Later on that day, the tabby cat showed his new brother the magic device that would get them treats. 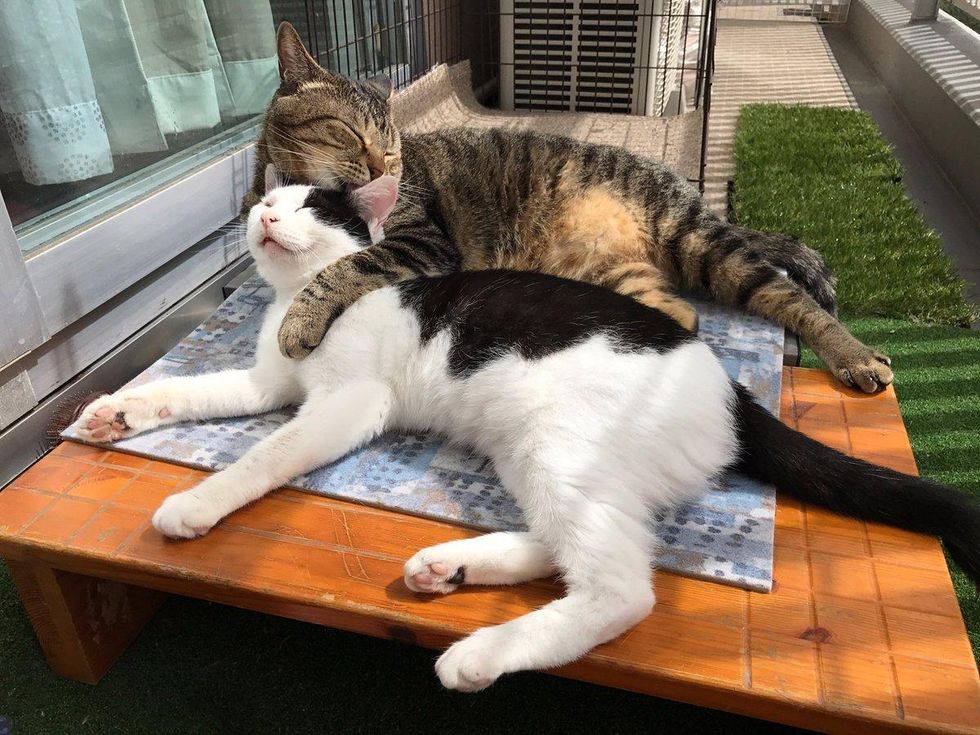 "He learned to use the bell after his first try," the human shared on twitter.

After that episode, the duo conspired a plan which turned the bell ringing trick into madness.

What works better than having two kitties ringing the bell, demanding treats at the same time!

The humans don't stand a chance! Watch this video:

They even got a second bell so that both kitties could have their own. 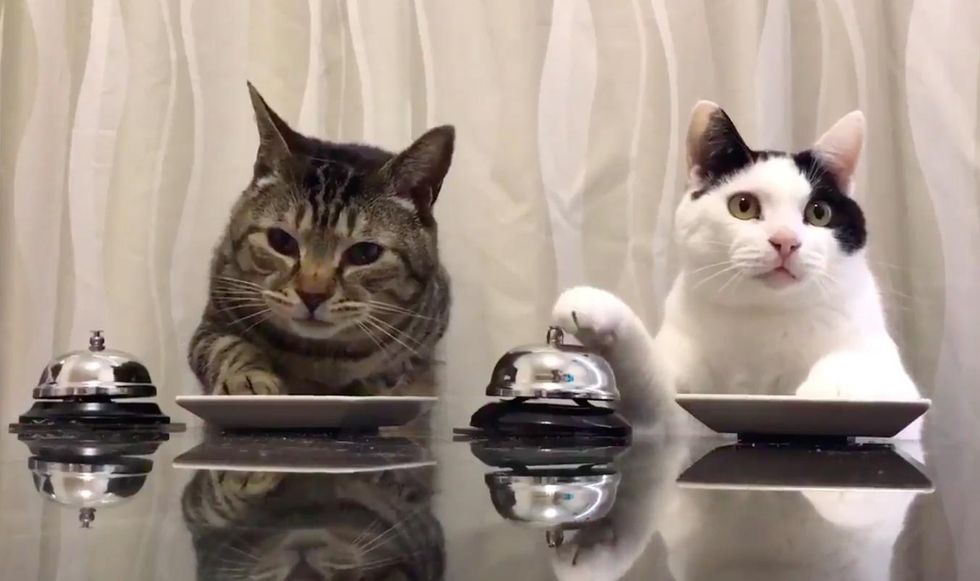 Though sometimes they do prefer sharing one bell... Watch this video:

After the two buddies are satisfied with their humans' butler service, they lick their lips and snuggle up together for some Zs. 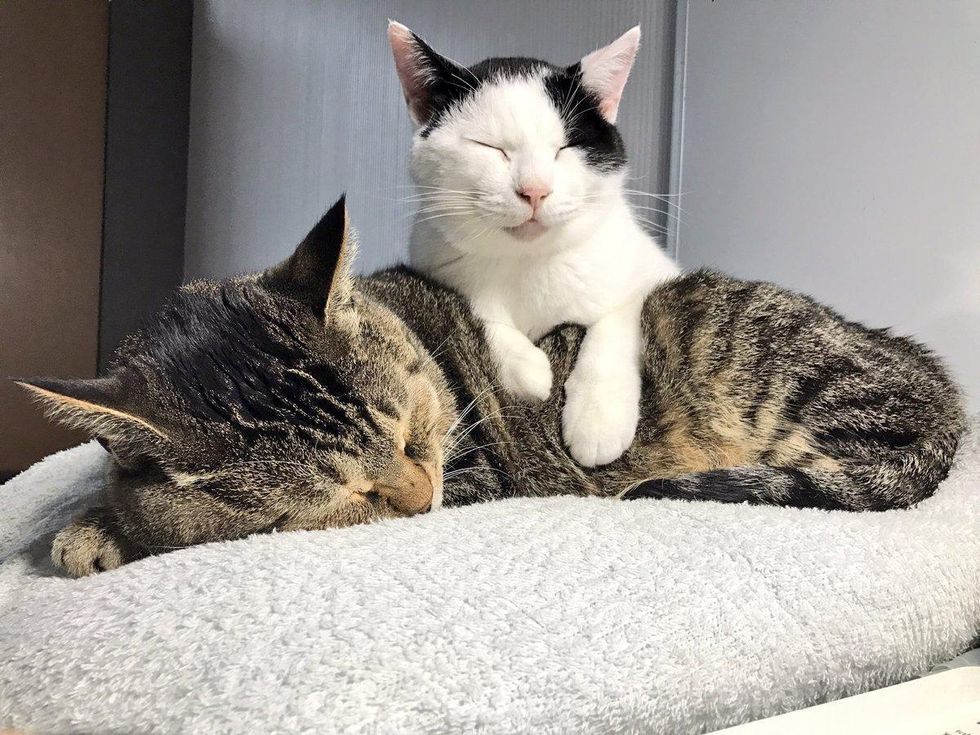