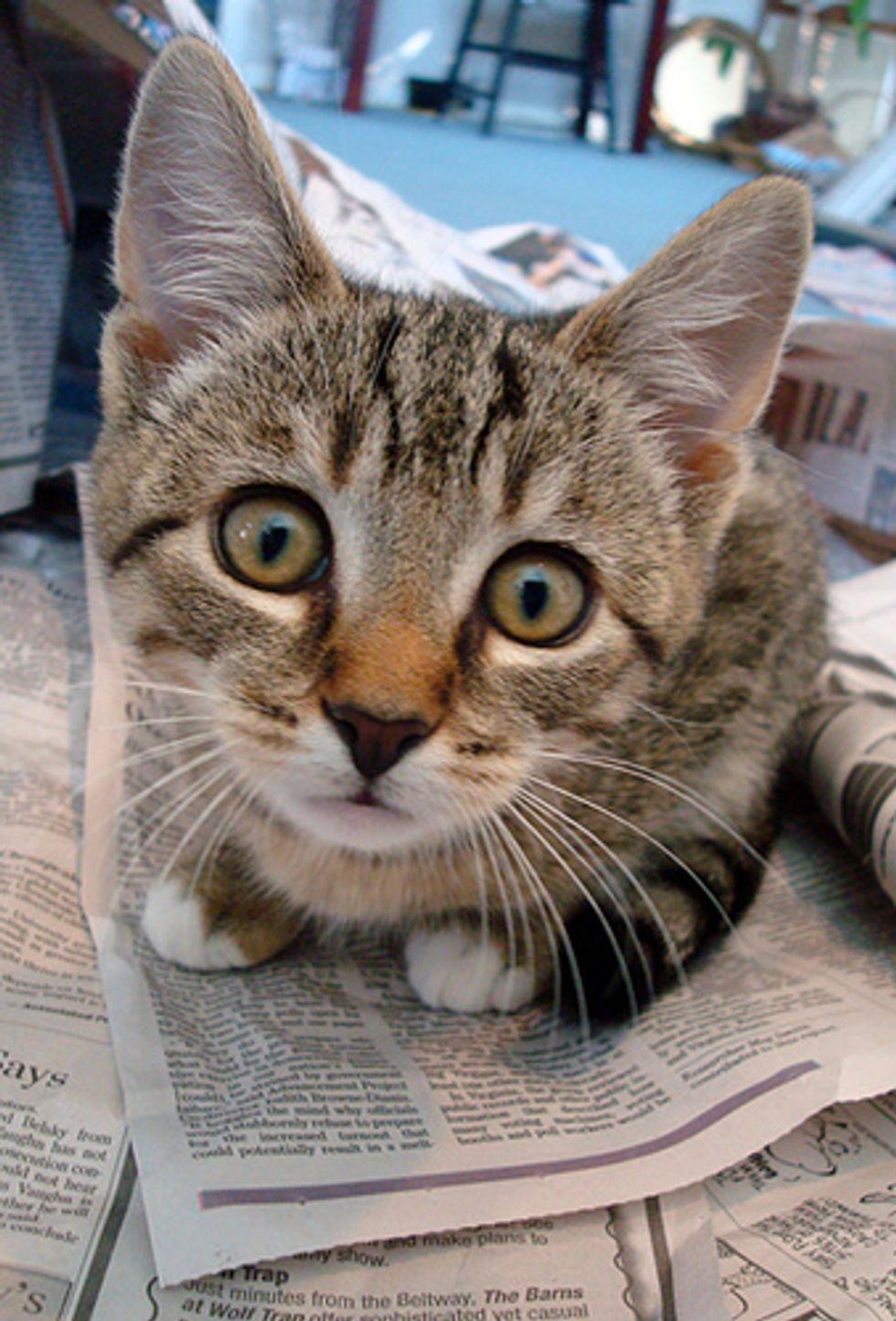 Tabby Kitten Who was Unplanned, but Not Unwanted

"Florian was unplanned, but not unwanted. He was discovered by mom in her woodpile. 36 hours later he was at the vet where he received a clean bill of health," said Laura.

Laura has another cat named Théo who had been "hoping for a baby brother for several months." His meeting with Florian was meant to be.

Laura's shih tzu girls were excited about this new addition in the family. They all came to greet him and Florian did not seem to mind at all. Juneau, one of the shih tzus, bonded with Florian instantly.

During winter, the boys like to climb in mommy's robe and swap body heat with her. Sometimes both cats curl up together and become Laura's "purring hot water bottles."

"My little baby has grown into a mischievous kitty. He's lost his baby cheeks but still has his sweet markings. I taste ice-cream sundae in my mouth when I look at him!"