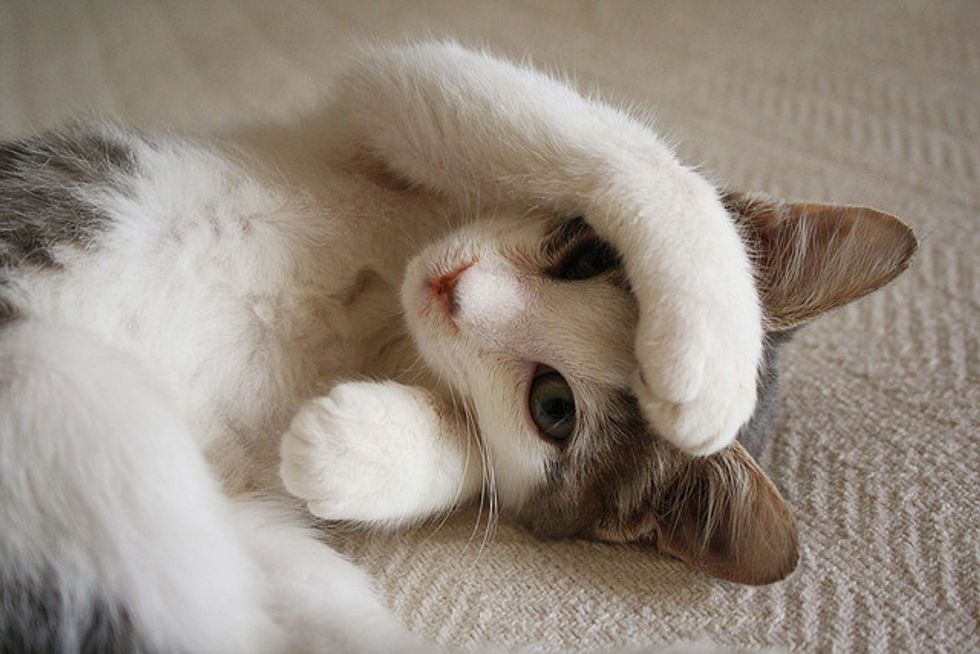 It has been almost three years since Caro adopted a little sick kitty they named Teek. "He started out with us weighing barely two pounds but with sessions in a nebulizer, plenty of meds and love, he very quickly ate his way to health. He's such a healthy eater that he's been on a diet for the last few months. Dude now weighs close to 17 pounds," said Caro.

"I don't know if I've ever met a cat with more personality than Teek. He's always hamming it up. Every time I post a photo of him I always feel like I need to add that 'none of the photos were staged'."

"When we brought Teek into the house, he was meant to be a bridge between the hatred (our two other cats) Indy and Bicoe shared. And he did that. But then Bicoe retired to the Cape with our inlaws and old lady Indy was left with crazy energy Teek. He was constantly trying to engage her and she really just wanted to sleep or eat and not so much with the playing. Knowing that Indy isn’t going to last for ever, we went around and around about it, but we knew that Teek needed a pal. He needed to bond with someone while he was still young and still had the energy to goof around."

"A friend of ours posted on facebook that she’d taken in a pregnant stray who’d given birth to a litter of one. Photos were posted, comments were made and just a few short weeks later, a kitten was delivered to our house driven up from DC."

After just four days, the new kitten named Mother and Teek became good pals. This friendship between them happened much faster than Caro could have imagined.

"They could be from the same litter, if they weren't two years apart. Mother has been following Teek around all day. She sniffs where he sniffs, eats when he eats, plays with the same toys just after he's finished. Ridiculously cute."