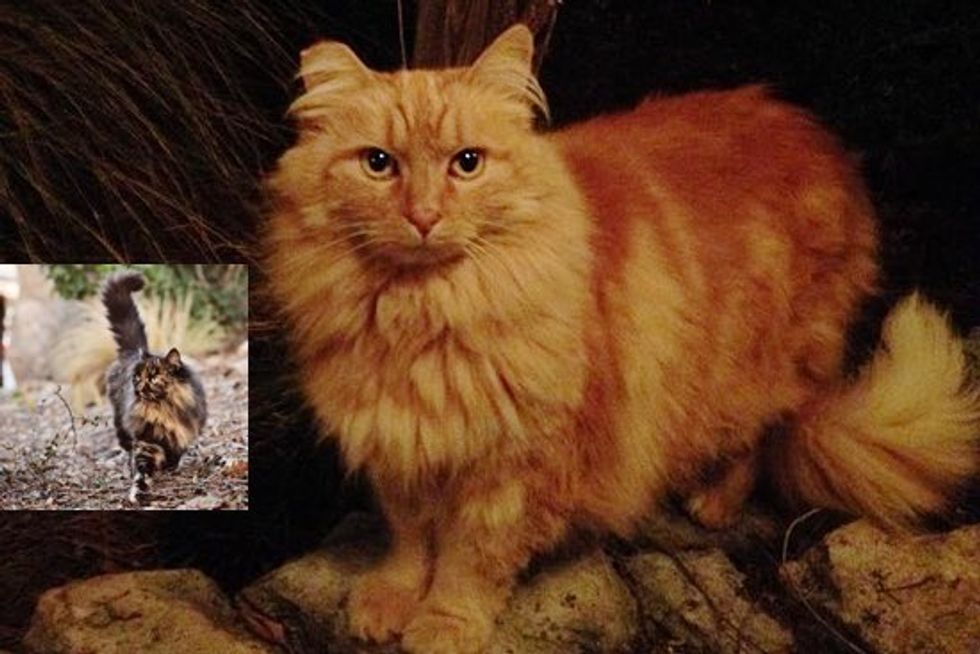 The Feral Cats of Disneyland

Many stray and feral cats have settled down in Disneyland since the amusement park opened in 1955. Disney has embraced the feline friends as an important part of the park’s everyday operations.

They have partnered with rescue organizations to run a trap-neuter-return program to keep the feral population under control. "We view them as partners. It’s kind of a symbiotic relationship with them," said Gina Mayberry of Alley Cat. The cats have become the "natural exterminators" who keep the rodent population in check.

During the daytime, most cats are rarely seen. According to an article in the LA Times, approximately 200 cats came to Disneyland Resort’s overnight after crowds have gone home, prowling the parks’ greenery in search for mice.

With help from local organizations such as FixNation, Disneyland instituted a policy for the humane care for the resort's cats.

"What we do is trap the cats, get them spayed or neutered and make sure they get a wellness check and release them back into the population,” said Mayberry. After the cats have been returned to the park grounds, they continue to receive managed care. (Alley Cat)

The program has been helping kittens get adopted so that the cat population can be well controlled.

Giovanni, trying to find a few samples at the Alfresco Terrace. (by annapetrelli)

Can you spot the cat?

Chloe the cat rubbing up a post. (by Amanda Nguyan)

Hanging out on a dock along the Jungle Cruise in Disneyland park. (by Sam Howzit)

Hortence enjoying Downtown Disney after most of the humans had vacated. (by Amy Ratcliffe)

This is why you might want to consider a dinner at Wine Country Trattoria—you never know when Giovanni might decide to pay you a visit. (by Kristina)

Sometimes they venture out before the park closes. (by Anneth Briones)

Francisco, a very photogenic cat at the park. (by @dizneyphotoguy)