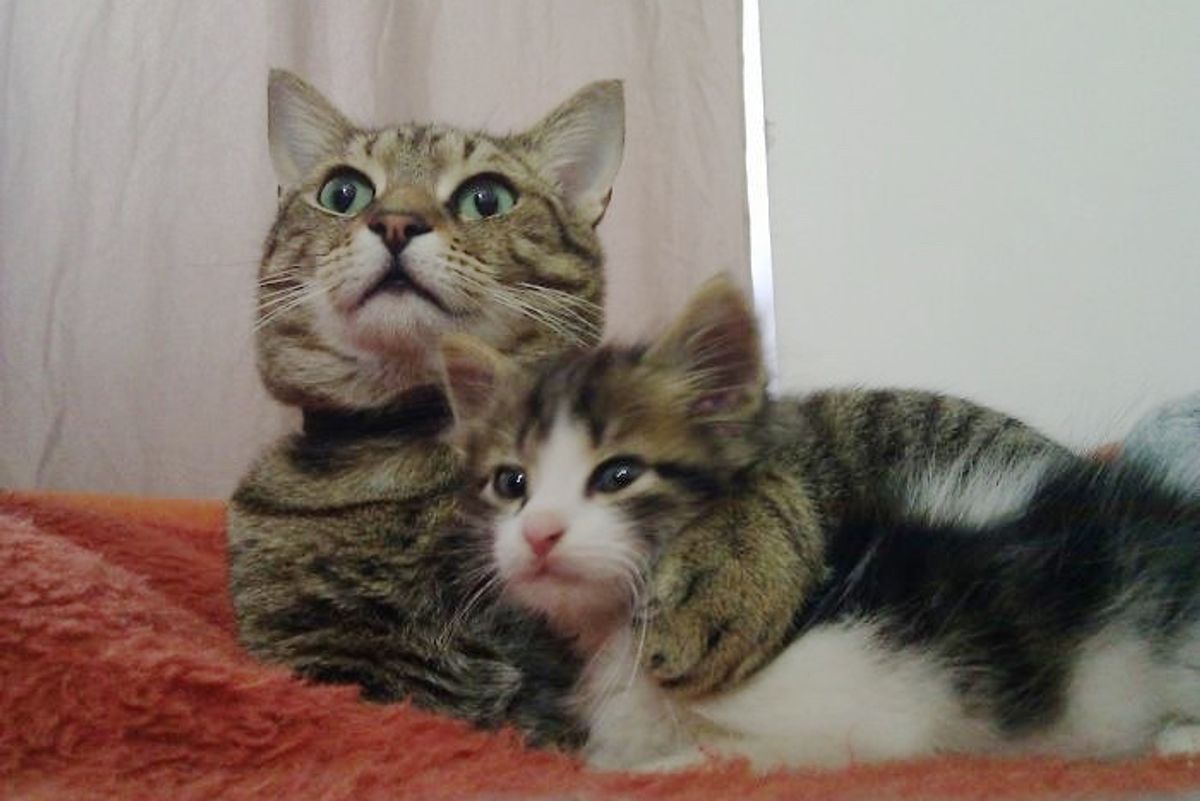 Their Cat Took in a Little Orphaned Kitten and Decided to Be His Dad, Then and Now...

A tiny orphaned kitten was found all the alone in a parking lot. He was scared and just skin and bones. They couldn't leave him there so took him home and introduced him to their cat. Little did they know that the resident cat would take on the role of a father and raise the kitten as his own.

The tiny stray kitten was a month and a half old when they spotted him wandering all by himself in the parking lot.

He was so afraid that all he wanted to do was to hide. Once they got ahold of him, they brought him home but the frightened kitten kept looking for his mom who was nowhere to be found.

Karl, the two-year old resident cat, came up to the little kitten and started showing him love. He took the tiny fur buddy under his wing, started comforting him and became the dad he never had.

Instantly, the kitten began to purr and relax. It was as if he had found comfort that he had longed for. A very special bond started to form, and the two kitties became completely inseparable.

Karl kept his kitten in his arms to reassure him that he was loved.

Karl showered his kitten with love and lots of baths. Fred enjoyed every ear cleaning session he was given, and it made him the happiest kitty.

The tabby boy was very protective of his little kitten and raised him as his own.

Now all grown up, Fred is returning the favor by giving his dad baths every day.

They are always by each other's side like two peas in a pod.

Fred has been depending on Karl since he came into his life, and now they rely on each other like family.

Like father like son, Karl has passed down all his tricks and wisdom to his playful fluffy fur child.

Now they do everything together.

Fred has caught up in size, but deep down he's still papa Karl's little fur baby. He snuggles up to him every day for some TLC and fatherly love.

Karl took to a little stray kitten who was in need of love and gave him a family he had always wanted.

Now his kitty is all grown up and looking after him instead, enjoying every adventure they share.

Related story: Cat Makes Friends with a Chipmunk in These Cute Photos