They Thought They Were Only Fostering This Little Guy, But They Were Wrong

A tiny bitty kitty was brought into a store looking for someone to love. A young woman took him home and thought she was only fostering him, but she was wrong. 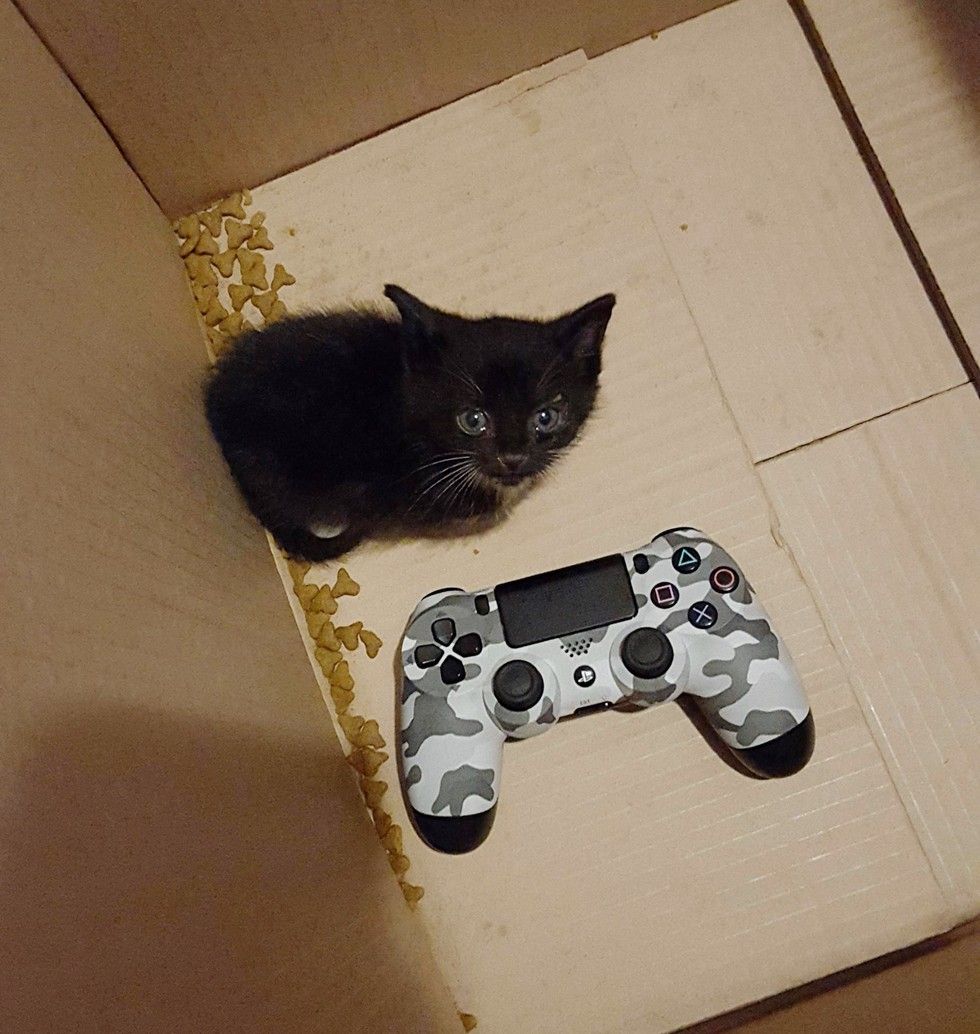 A good Samaritan found a little tuxedo kitten and brought him to a pet supply store, hoping someone could help him. A young woman who worked at the store at the time, simply couldn't resist.

"(The store) doesn't take cats so my girlfriend said we would take him in," reddit user stache13 told Love Meow.

The look on his face when they found him... 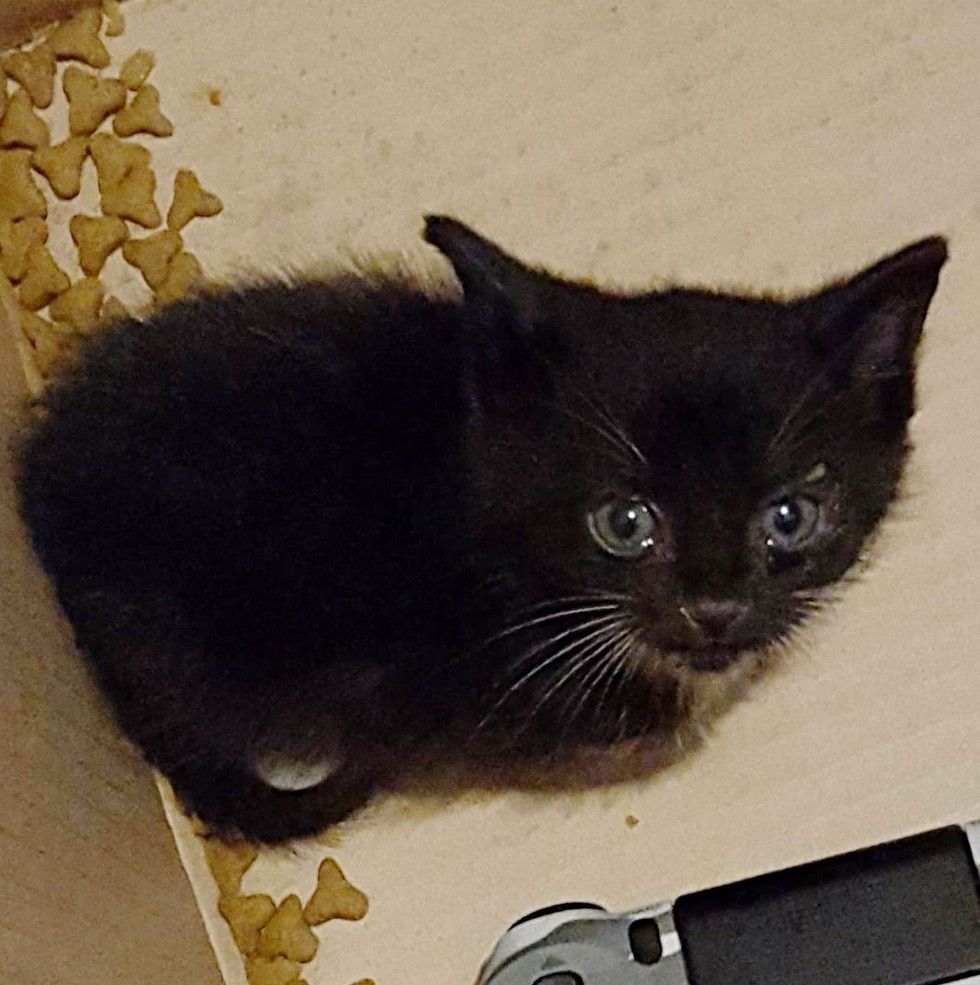 The tiny kitten, they named Ollie, came in a cardboard box. She thought they were only going to foster the kitten and find him a good home later, but the boyfriend thought otherwise.

"My girlfriend expects me to believe that we're only 'fostering' this little guy."


They took the kitten out of the box, gave him a lot of food and a warm bed to sleep in. 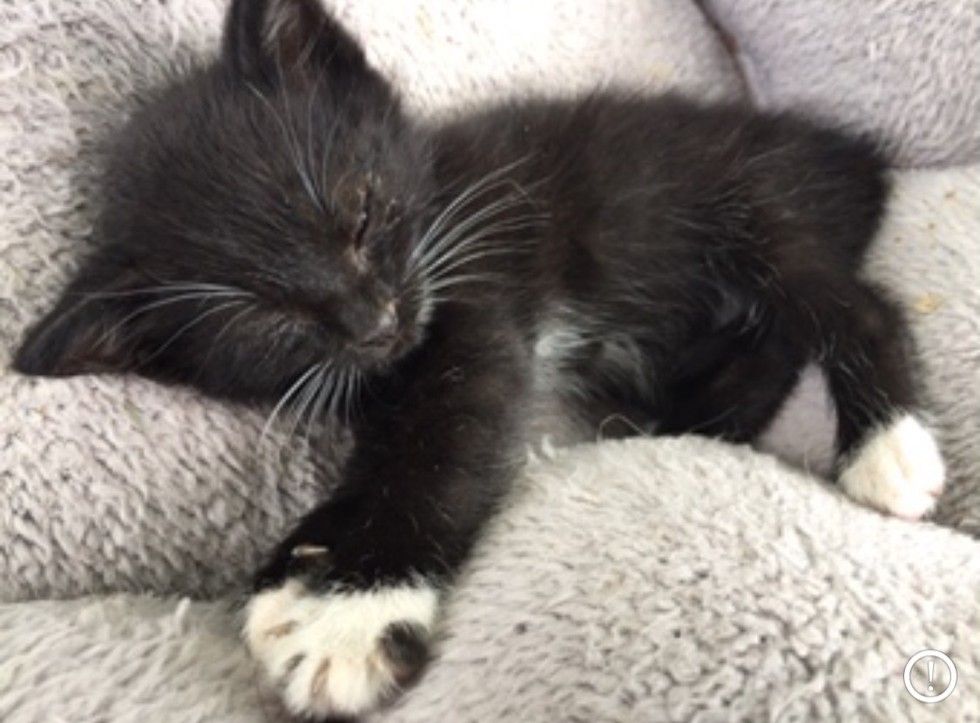 "He was in AWFUL shape. We were not sure about keeping him because of living in a smaller apartment and already having 2 dogs and a cat," he told Love Meow.


But the kitten went ahead and decided it for them. 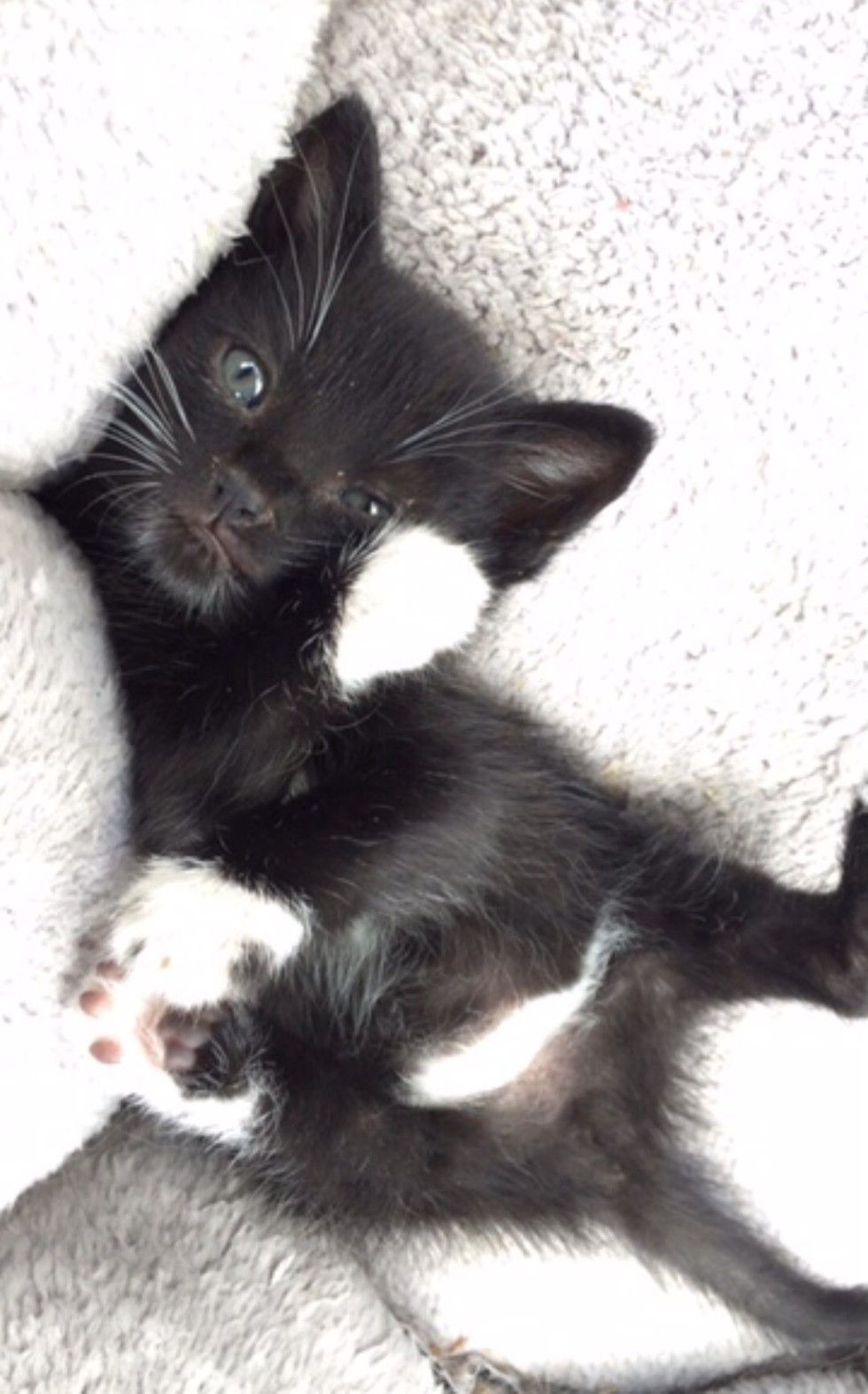 "Once he started opening up and got comfortable with us (which wasn't long), we began debating keeping him. My girlfriend went with the yes once he started sucking her finger as if he was trying to nurse..."


"He's been with us ever since," he told Love Meow. 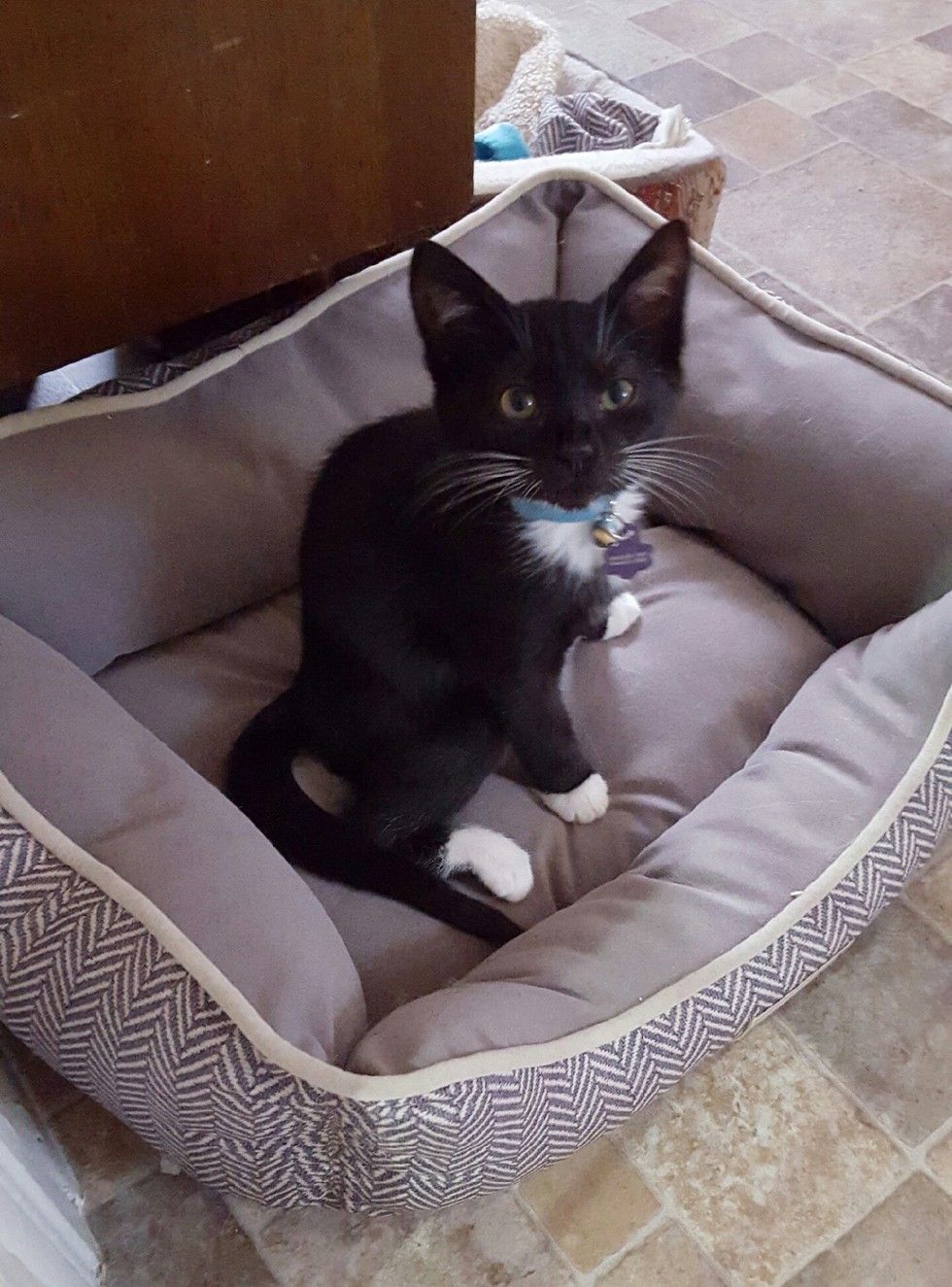 Ollie is all grown up now!

"To this day he still sucks her finger to go to bed every night and he's nearly a year old." 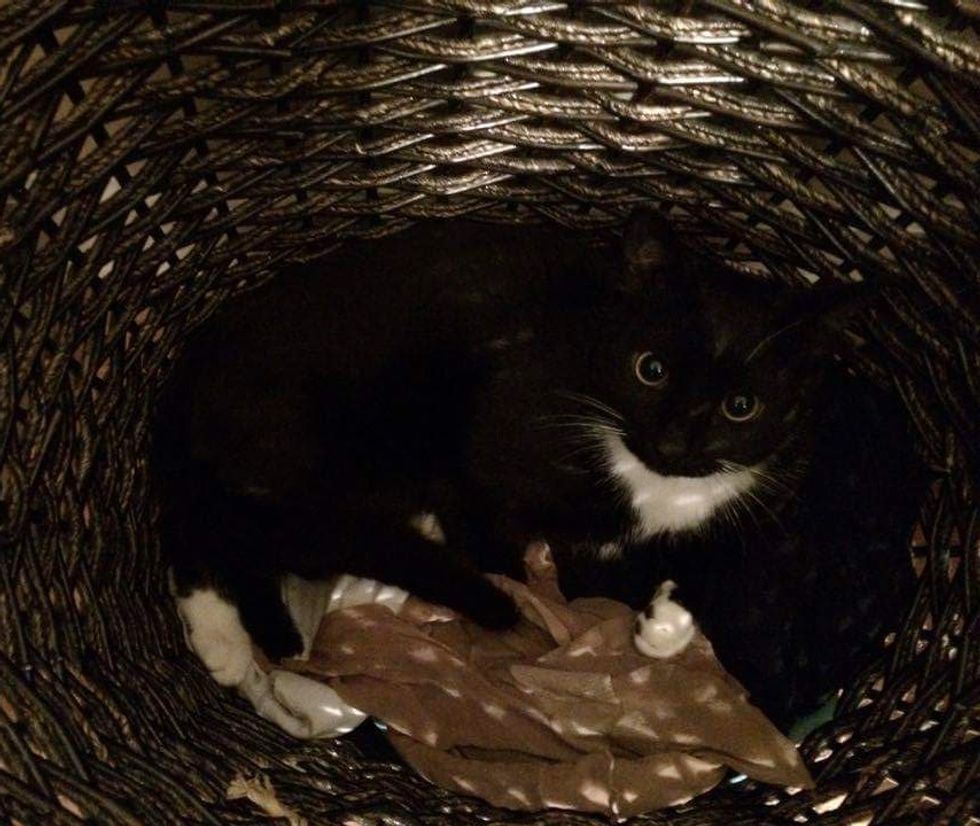 This little guy knew on day one that he wasn't going to leave the person who gave him a home and sure enough they can't live without him either. 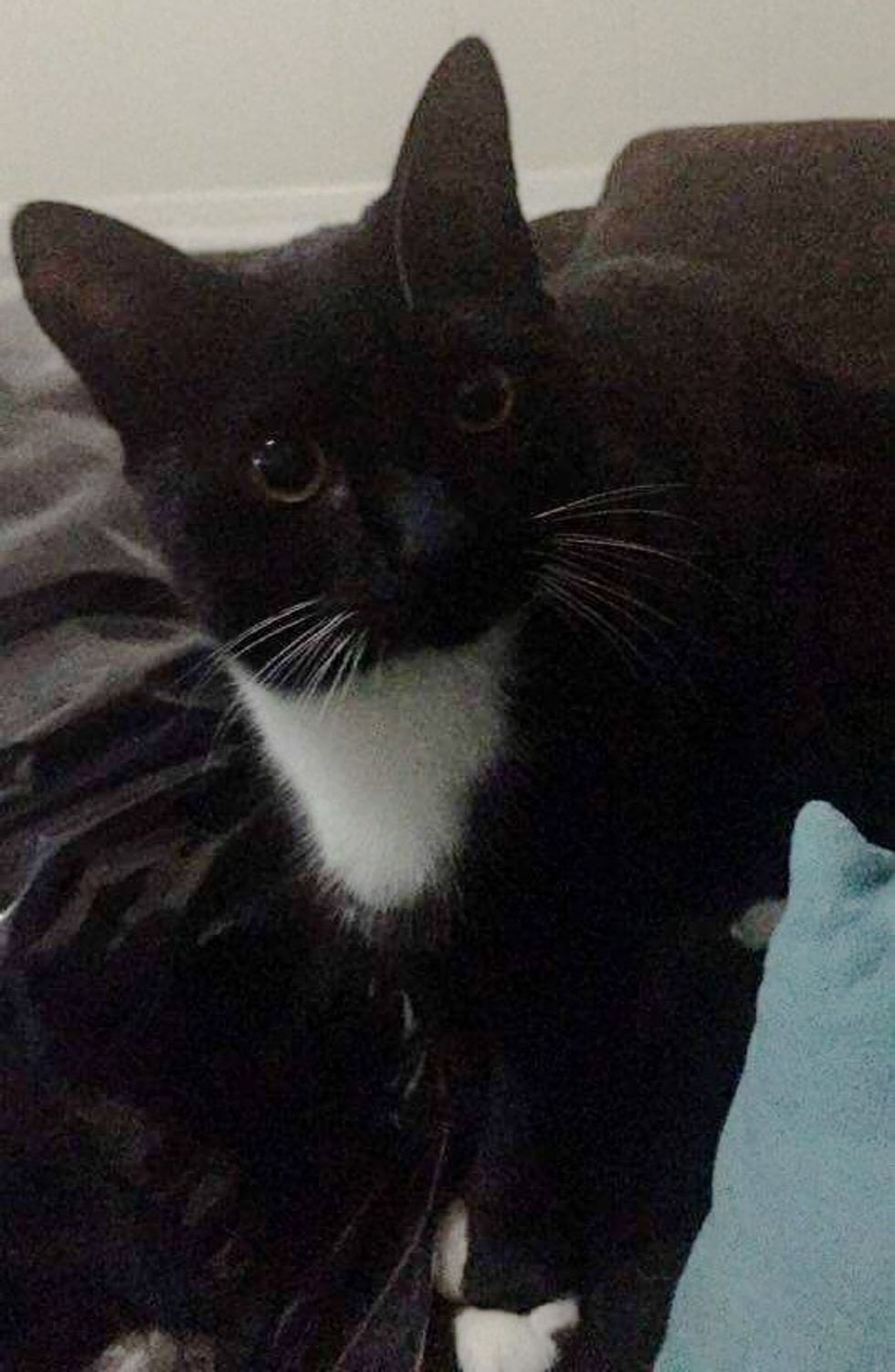 When you rescue... you too are rescued. Share this story with your friends!