When people left the devastated war zone in Aleppo, Syria, the cats there found their way to a man who stayed behind with them and gave them a second chance at life. 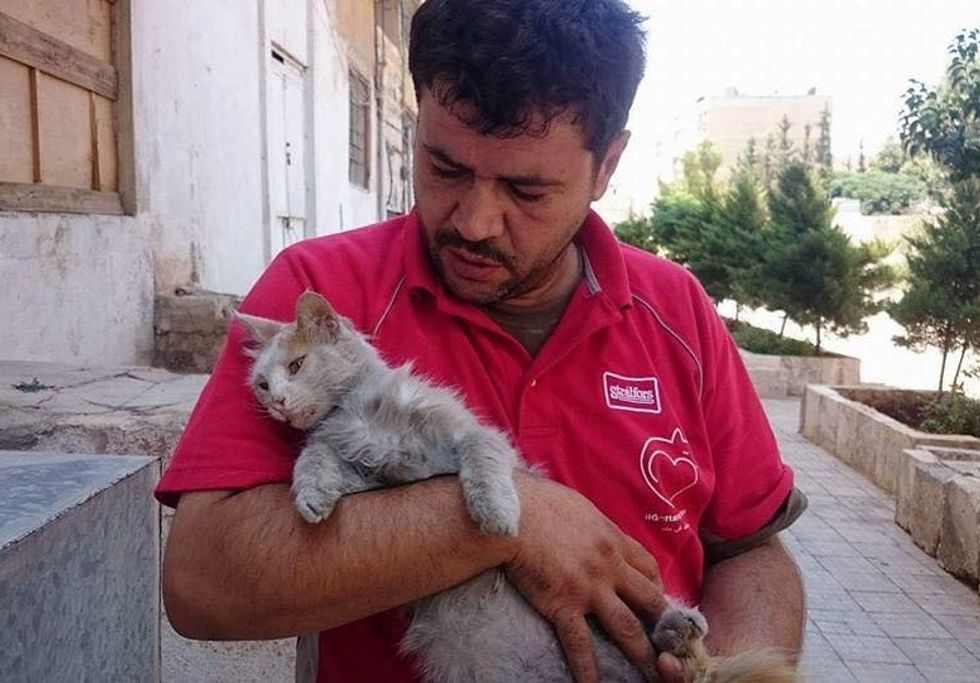 
The city of Aleppo has been a dangerous battleground since 2012. Approximately 40,000 people have fled the city in hopes to save their lives.

Alaa couldn't leave because he had many precious lives that depended on him. In the beginning, he found about 20 cats left behind by families that fled the area. He cared for them along with the stray cats that he had rescued. 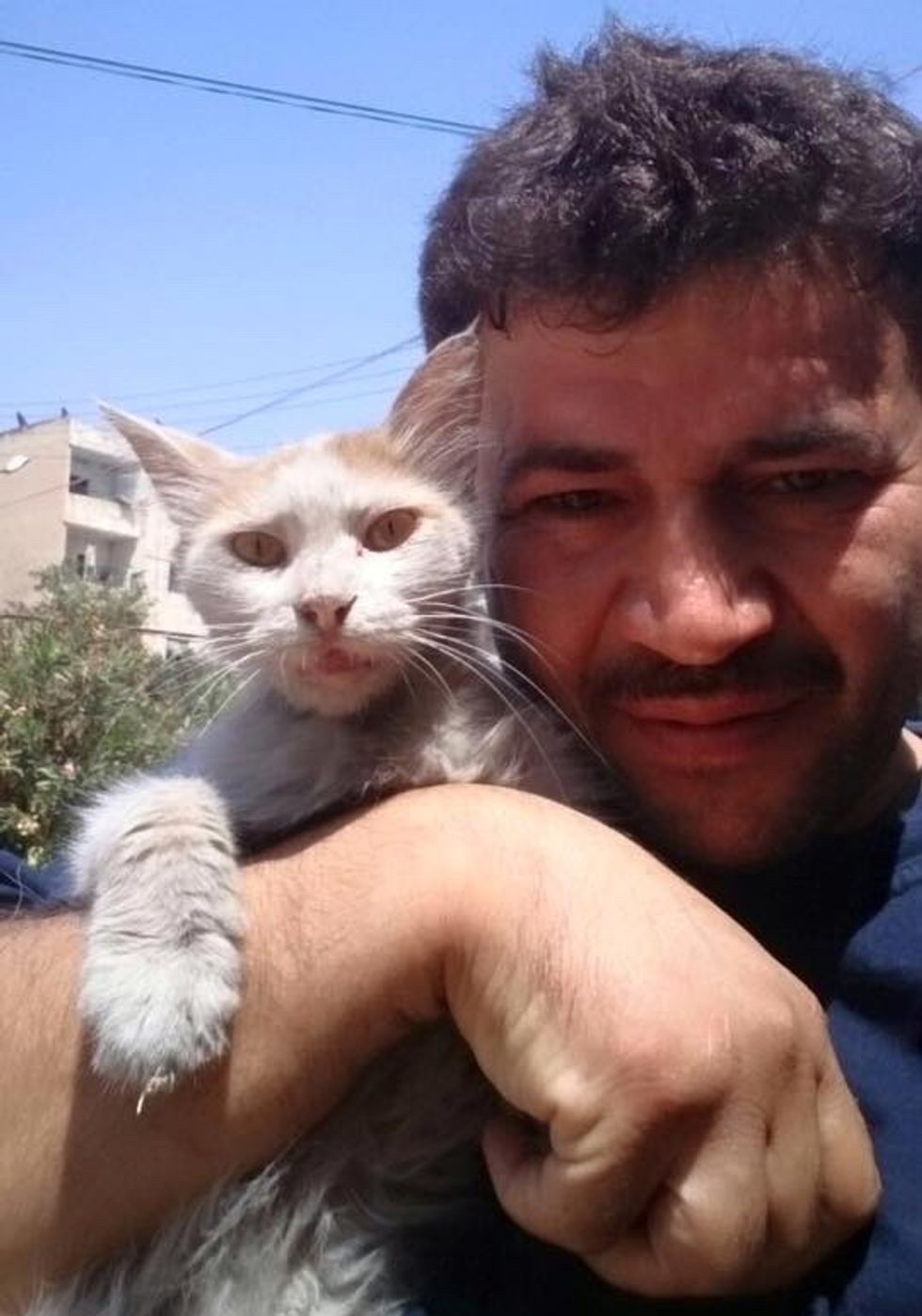 A year later, the number of animals amounted to over 100. He founded a sanctuary, Il Gattaro d'Aleppo, so the kitties could have a place to call home.

As more residents left the city, he continued to find more cats that needed someone to care for. Now he's known as "the cat man of Aleppo." 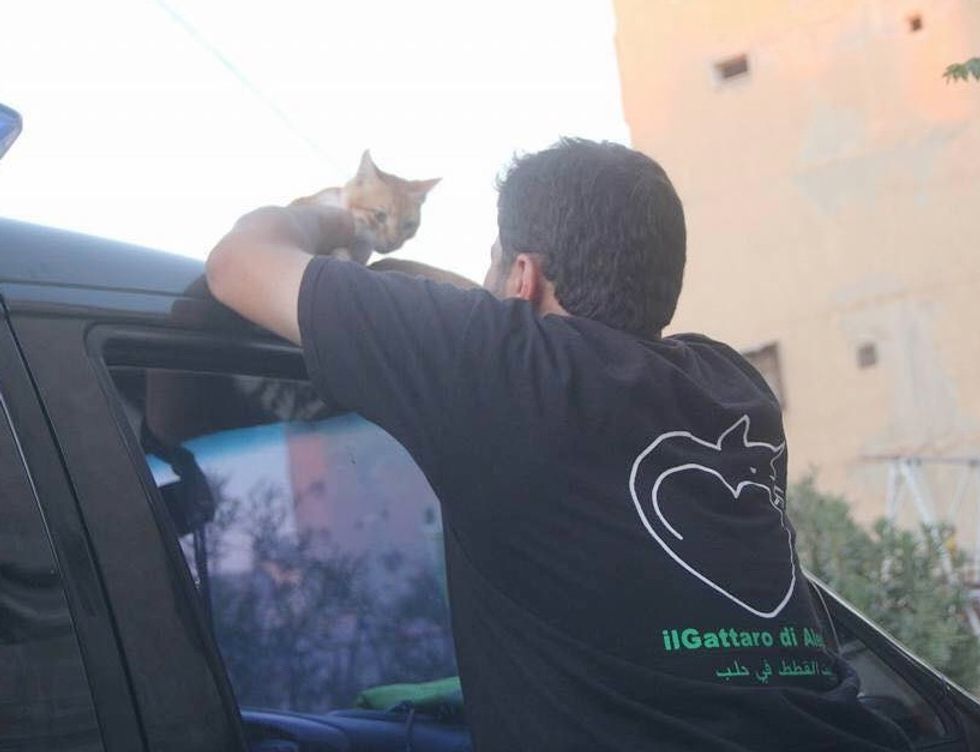 A little girl came to him with a kitten.

"She cried as she handed her over to me and they left the country," Alaa said. 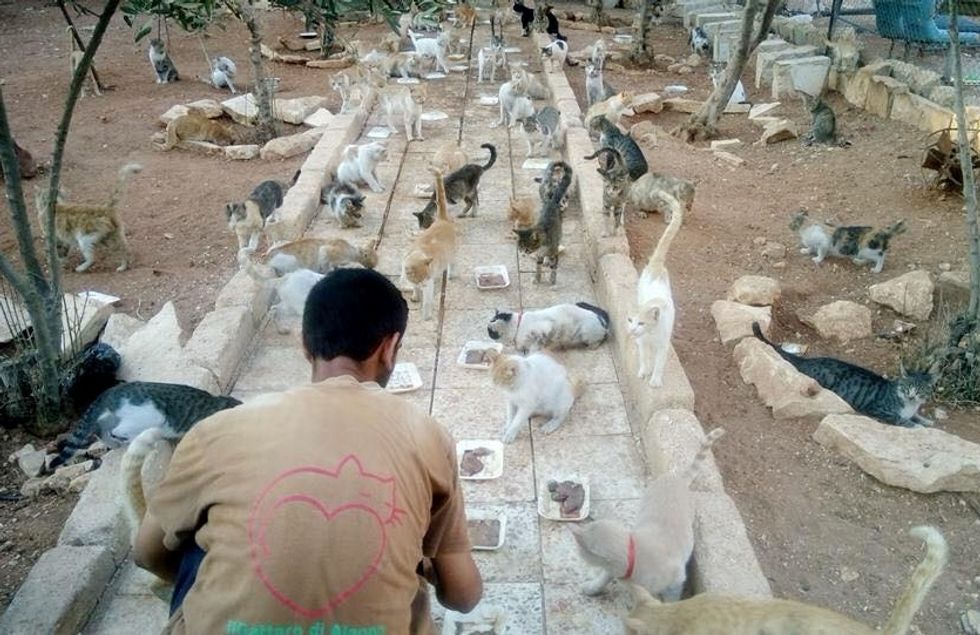 The girl missed her cat terribly and asked Alaa to send her pictures of her beloved cat. So he did.

"Please promise to return my cat back to me when we come back," the girl said to Alaa. 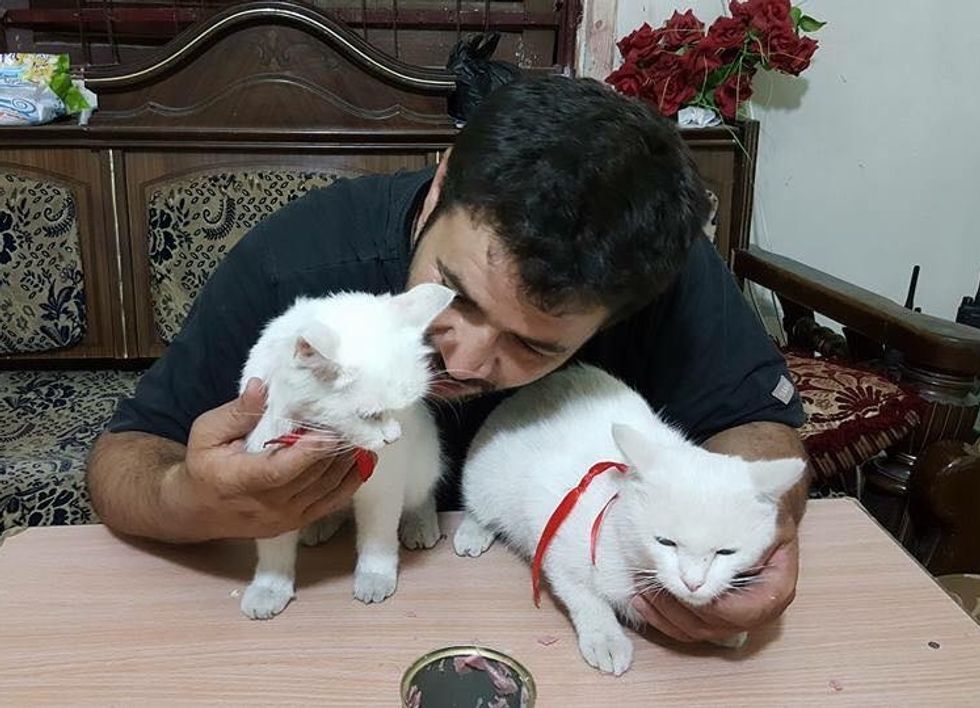 Most people have left the city including Alaa's friends, so the cats have become his family. 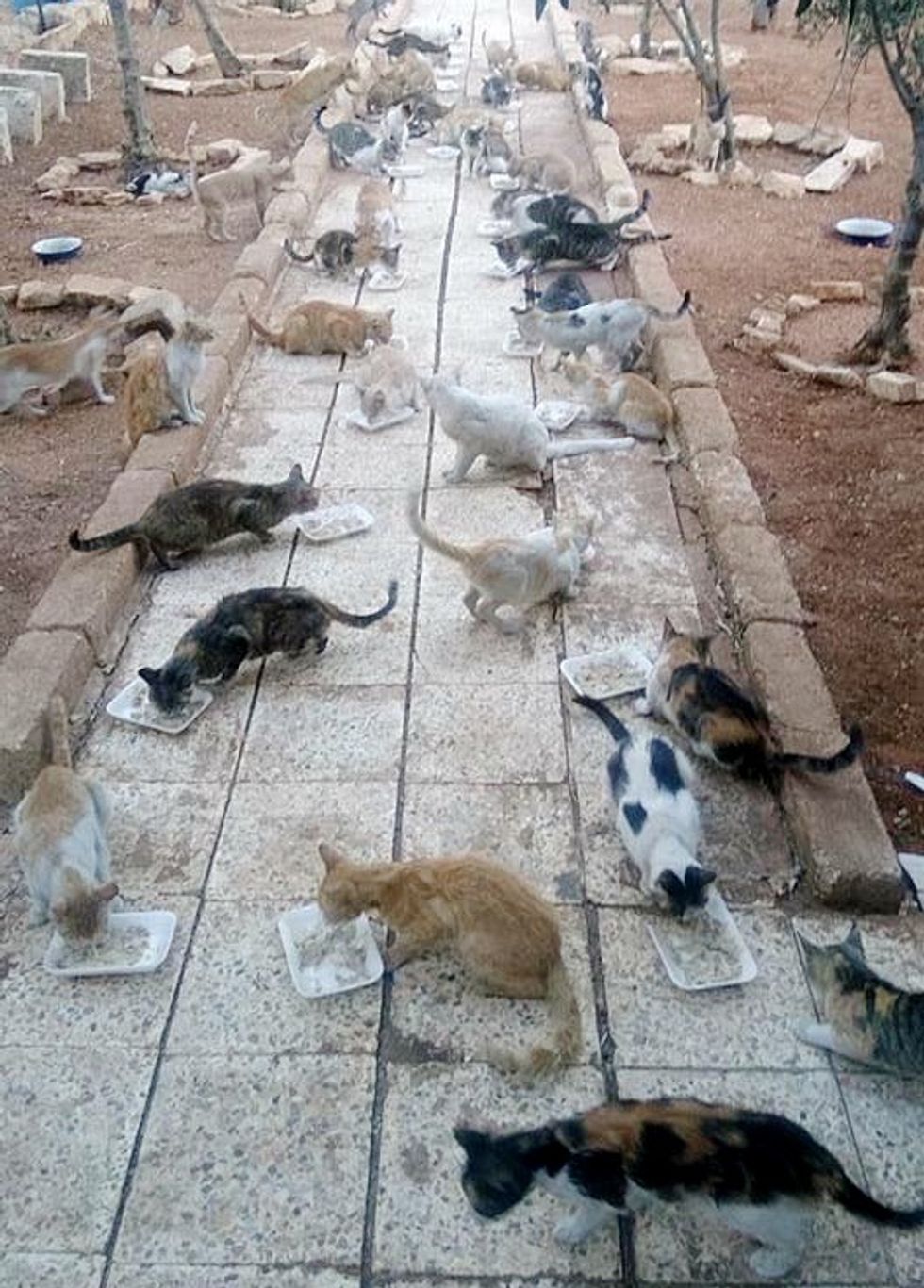 "I'll stay with them no matter what happens," he said. "Someone who has mercy in their heart for people, has mercy for every living thing."

Watch video: the cat man of Aleppo, who looks after more than a hundred stray and abandoned cats.


"I'll stay with them no matter what happens!"